Nissan Is Ending Combustion Engine Development Outside the US: Report

Nissan will reportedly hold on to its internal combustion tech for the sake of the American truck market. 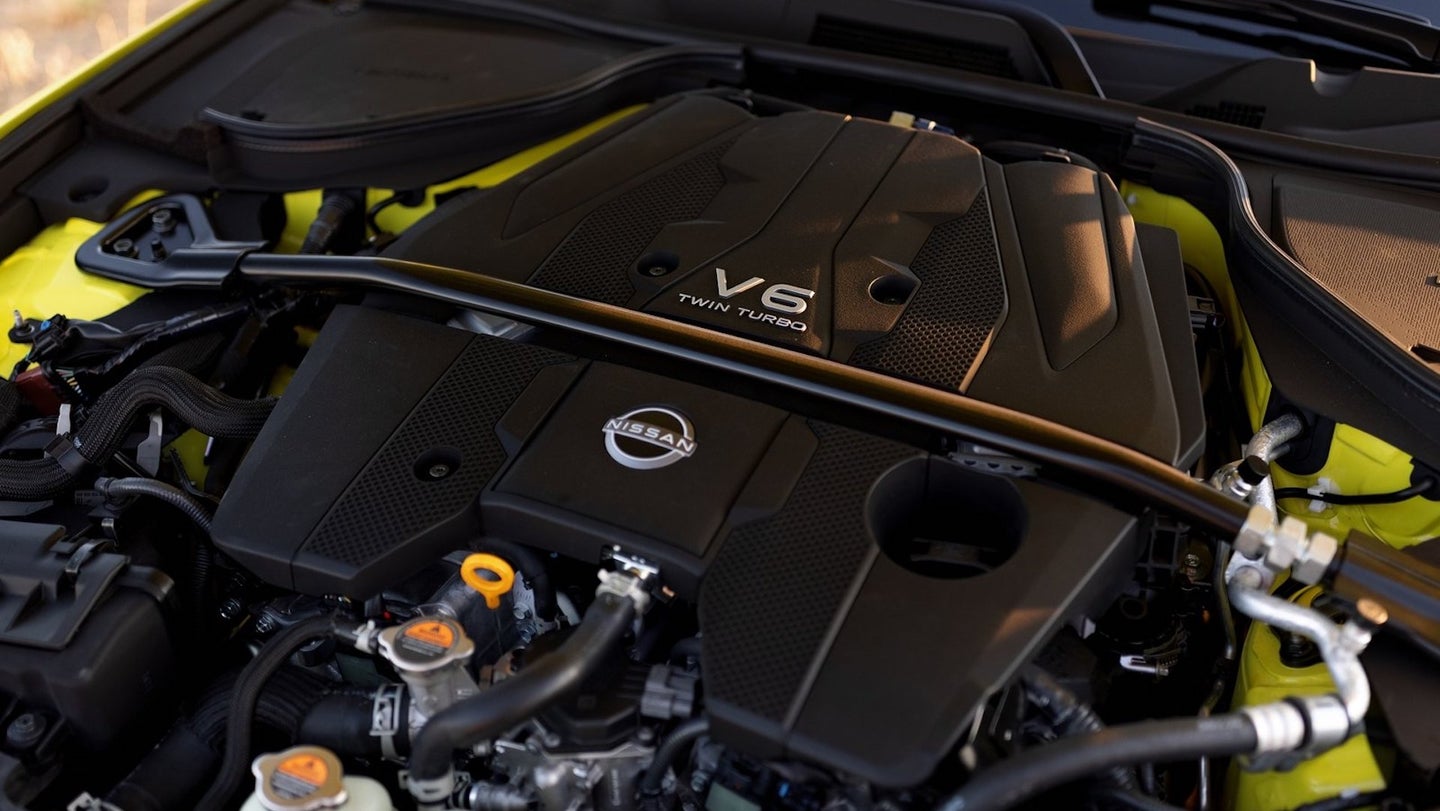 In pioneering mass-produced electric vehicles with the Leaf, Nissan established a lead in the EV space that it completely squandered for nearly the next decade. It could've been a technological leader; instead it's now playing catch-up, introducing the Ariya years after rivals' electric crossovers hit the scene. It's keen not to make that mistake again, and Nikkei, citing "people familiar with the company's plans," says Nissan is about to become the first Japanese carmaker to focus mainly on EVs, and as such will cease developing internal combustion engines for all markets but the United States.

Nissan has reportedly already canned the development of ICEs for Europe, and plans to wind it down for China and Japan. Refinement of the technology, however, will continue, both for use in hybrids and so Nissan can sustain its U.S. truck business, which suggests Nissan plans to stand by the Frontier and Titan for years to come. Hypothetically, these interests could also align and result in hybrid versions of both pickups—seemingly inevitable in the face of rising MPG requirements.

A Nissan U.S. spokesperson did not confirm, deny, or comment on the Nikkei's claim, simply citing that it was a speculative report and would follow up during Japanese business hours should there bere something specific to address.

All ICE development from here on out will reportedly proceed on the basis of existing engines, with no new ones being developed from the ground up. This could point to the new, 3.5-liter twin-turbo V6 rumored for the next-gen Armada (slash Patrol) being Nissan's last new combustion engine, as it was apparently green-lit back in 2017.

Nissan reportedly won't be forced to close any plants as part of its ICE phaseout, or resort to layoffs, as employees involved in ICE programs will be reassigned to electric powertrains or other relevant departments. As ways to pivot to EVs go, there certainly are more painful ones than being ready for what looks like the auto industry's future, all while still wringing the last drop of profit out of the internal combustion engine.

Mate Rimac Is Pushing for One More Combustion-Engined Bugatti

The electric era is just around the corner but Bugatti isn’t ready to throw in the towel just yet.