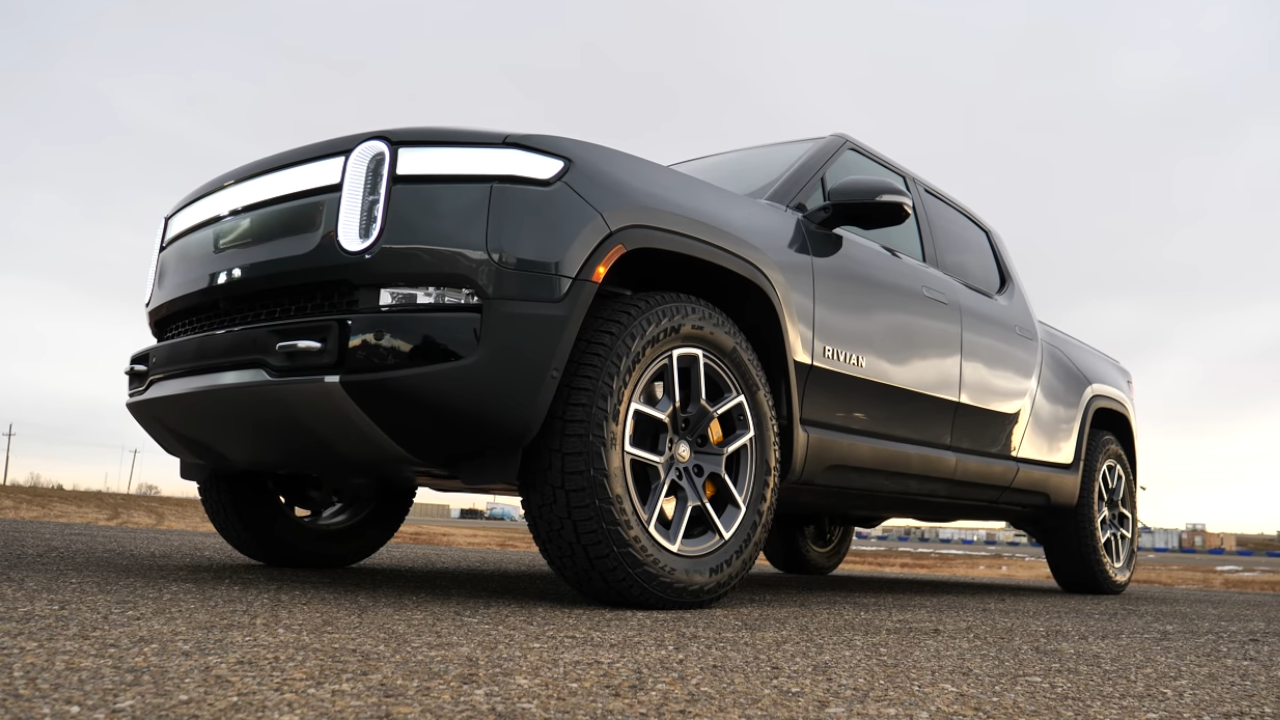 Once upon a time, trucks were work vehicles for getting a job done. Now, top halo models are bonafide performance weapons expected to perform admirably at the drag strip. The Ram TRX has led in this field for some time, but the dawn of the electric truck has threatened its position at the top. The Fast Lane demonstrated this by lining the fastest Ram up against the new electric Rivian R1T for a drag race.

The Rivian R1T has some impressive specs, boasting 835 horsepower and 900 lb-ft of torque from four electric motors, two front and two rear, while weighing 7,148 pounds. Rivian claim its debut truck can do 0-60 mph in just 3.0 seconds with a top speed of 110 mph. Meanwhile, the Ram 1500 TRX makes do with just 702 horsepower and 650 lb-ft of torque and weighing 6396 pounds, while also lacking the instant-on torque of the Rivian's electric drivetrain.

With the R1T set up in sports mode, sitting at its lowest ride height and with the batteries sitting at a 90%  state of charge, the electric newcomer handily defeats the Ram. Both trucks ride on all-terrain tires, and on the short track, the Rivian pulls an early lead and holds it ahead of its combustion-engined rival.

In further testing, the Rivian manages to deliver 0-60 mph time of just 3.62 seconds. It's significantly quicker than the best time The Fast Lane recorded with the Ram of 4.43 seconds, cementing the fact that the electric truck has the upper hand.

The Rivian backs up its performance by going on to defeat a Model Y Performance on the short drag run as well, with Tesla's SUV only able to deliver a 3.99 second 0-60 mph time in comparison. At another time, on another day, or on a longer 1/8 or 1/4 mile track, the Model Y could potentially best the Rivian, but it wasn't up to scratch on the day in question.

It goes to show the sheer performance advantage granted by the instant torque that electric motors can deliver at low RPM. Whether truck or car, electric power comes with serious performance benefits, even if there's still usually a weight disadvantage to be had. It seems like electric vehicles will shortly hold acceleration records across the board, taking over from even the highest-performance gasoline powered rivals.