Bugatti’s Latest Model Has Under 1 HP, Top Speed of 18.5 MPH

It's a surprise move from the hypercar manufacturer. 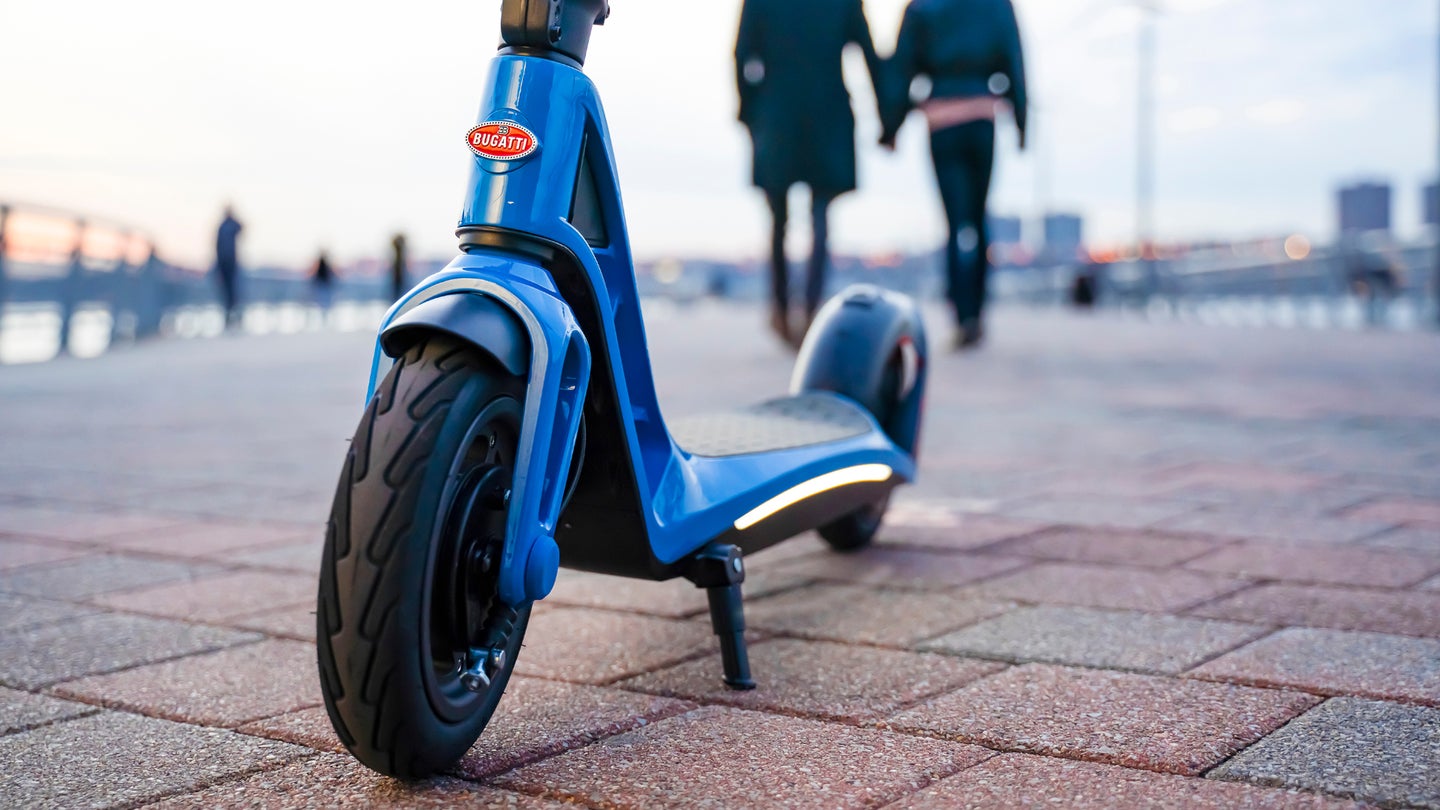 Bugatti has meant many things over the years, originally attached to a classic sporting marque, while in modern form known for its exclusive, wildly-expensive luxury hypercars. It's probably not the first name that jumps to mind when you think of electric scooters, but the company will be delivering exactly that in short order.

The scooter features a clean, swooping design that draws from lines and colors most closely associated with the modern Bugatti design language. If you want an electric scooter in a rich French blue, the Bugatti may be just what you're after; silver and black finishes are also available. The "aerodynamic" design uses a magnesium alloy frame to keep weight down to just 35 lbs.

The scooter will be built in partnership with Bytech, a US company that describes itself as "an active trendsetter in the mobile accessories industry." The company markets everything from phone holders to Bluetooth speakers, though the electric scooter appears to be a new outlet for the brand.

The scooter rides on 9" wheels for a combination of deft handling and good ride height. A 700W motor provides enough power to climb up to a 15 degree incline, paired with a 36V, 10 Ah battery which provides a range of approximately 22 miles under normal conditions. The battery is removable, and can be recharged from a standard wall outlet in around 4 hours.

Other nice features include a digital dash displaying speed and battery life, as well as a monogrammed rear light that projects the famous reverse "EB" ligature on to the ground behind the rider. There's also turn signals and a tail light for added safety. The scooter is rated to carry riders up to 242 lbs.

Those expecting Veyron-like performance, however, may be a touch disappointed. The scooter has three drive modes by the name of Economy, City, and Sport, good for top speeds of 9mph, 12.5 mph, and 18.5 mph an hour respectively. However, for a vehicle designed to get one about on the city streets, outright top speed is perhaps not so necessary. 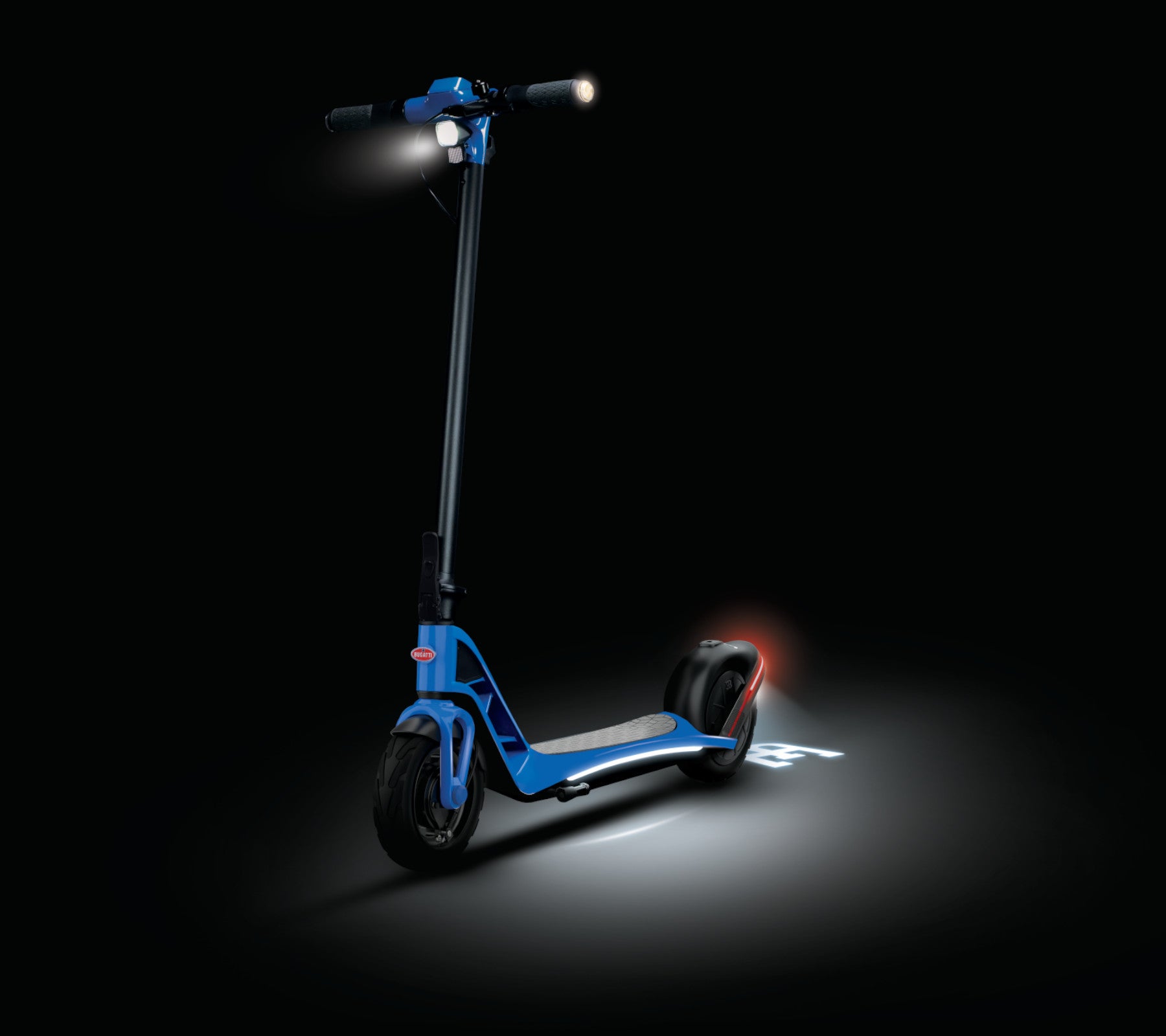 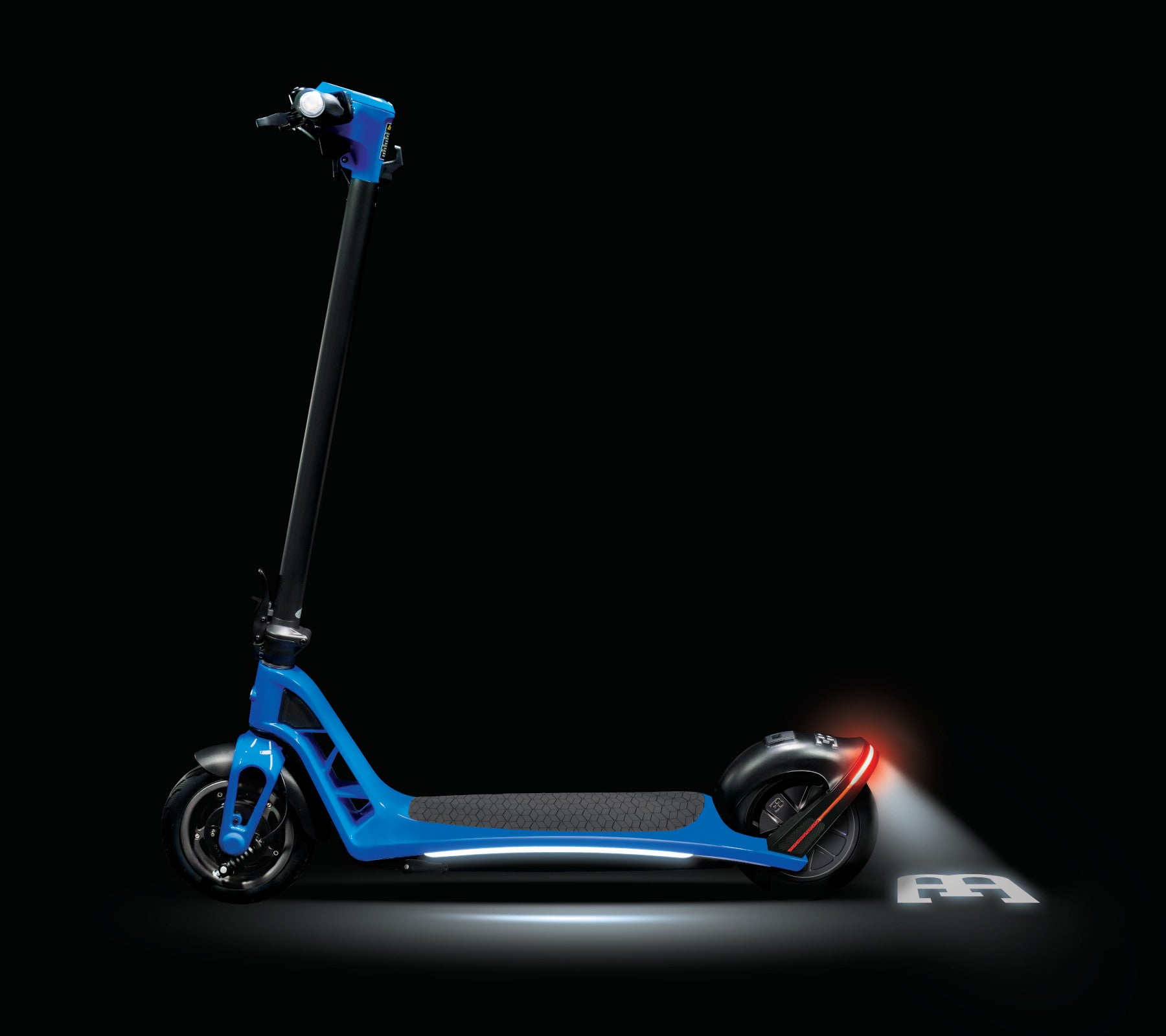 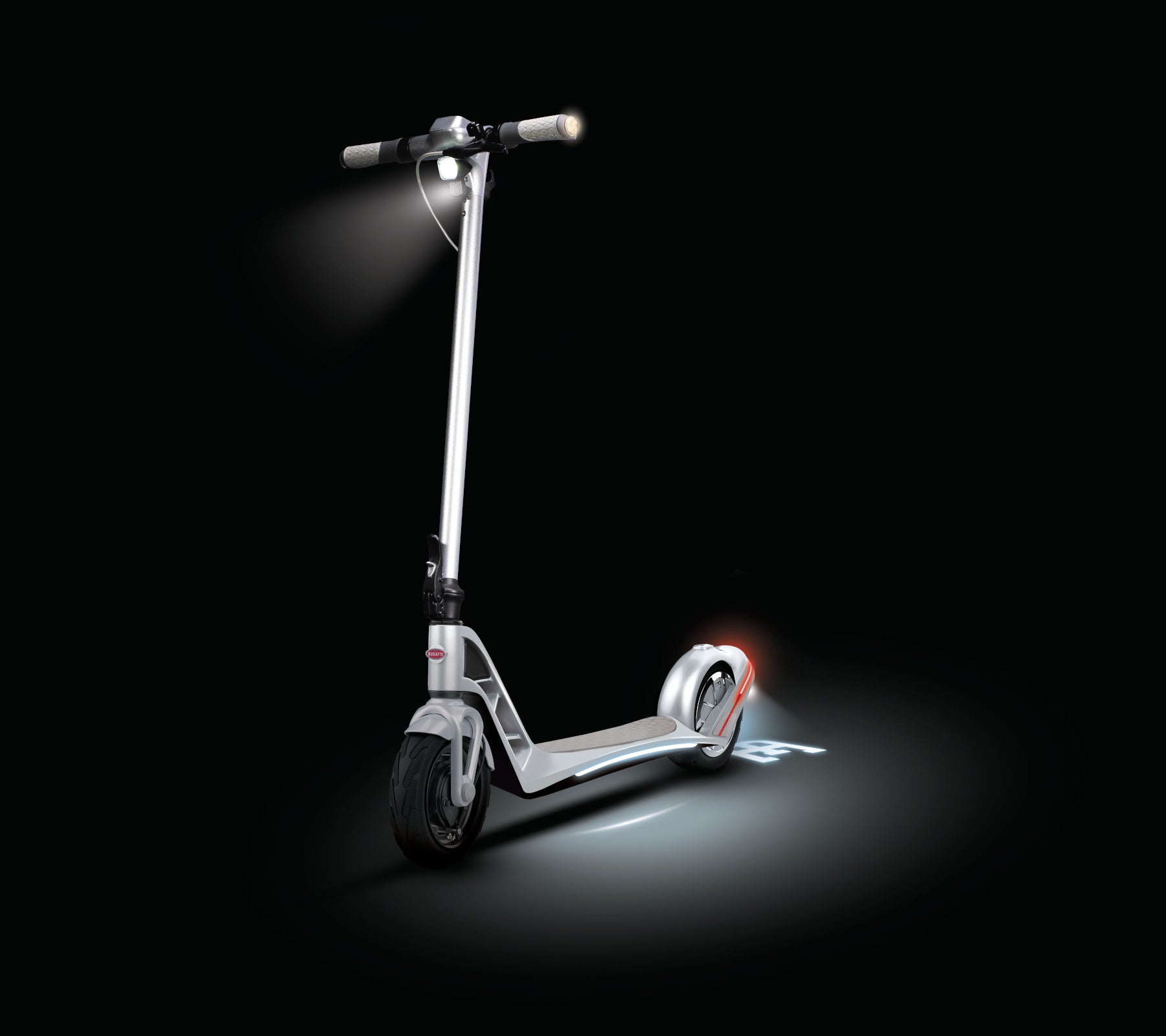 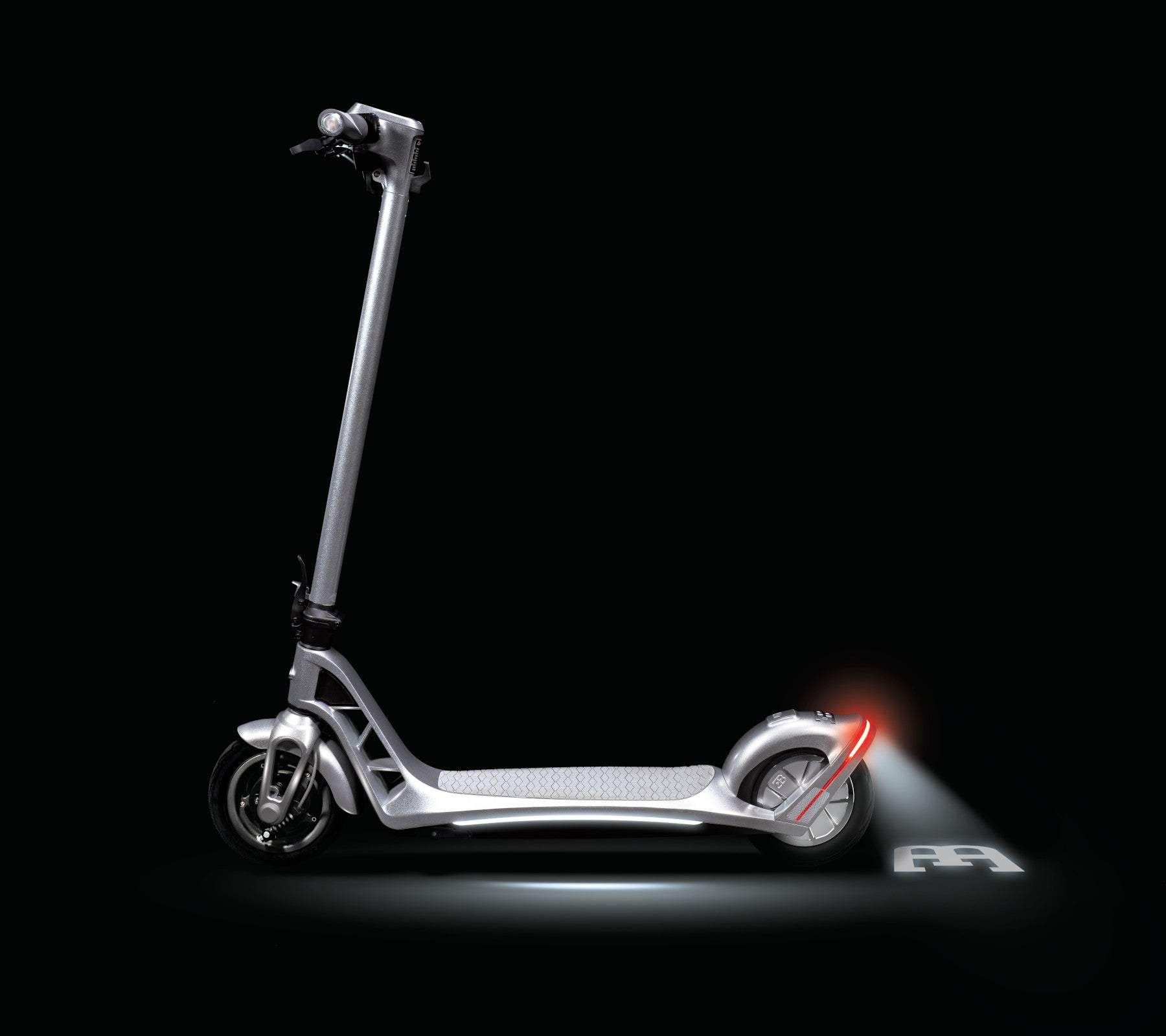 The Bugatti electric scooter was revealed to the world at the tumultuous CES 2022 conference. Speaking on the project, Bugatti Managing Director Wiebke Stahl noted that "Bugatti is at the pinnacle of automotive excellence," adding that "Partnering with a company such as Bytech gives us an opportunity to expand our reach in the electric mobility space with an experienced partner and a product that can be enjoyed by consumers around the world.”

It's strange to see Bugatti putting its logo on an electric scooter, given the company produces some of the finest, fastest, and most expensive cars in the world. It's difficult to see the bourgeoisie climbing out of a Bugatti Chiron, only to hop on a little electric scooter to carry them the rest of the way to the red carpet.

Regardless, both Bugatti and Bytech executives seem to like the project, so it could be something we see more of in future. Pricing is not yet available, but one would expect it to come in at a cut above regular consumer models. We'll update this post when pricing becomes available.