Dodge knows EVs are coming, but it still wants to boost your Hemi V8’s output by 100+ hp. 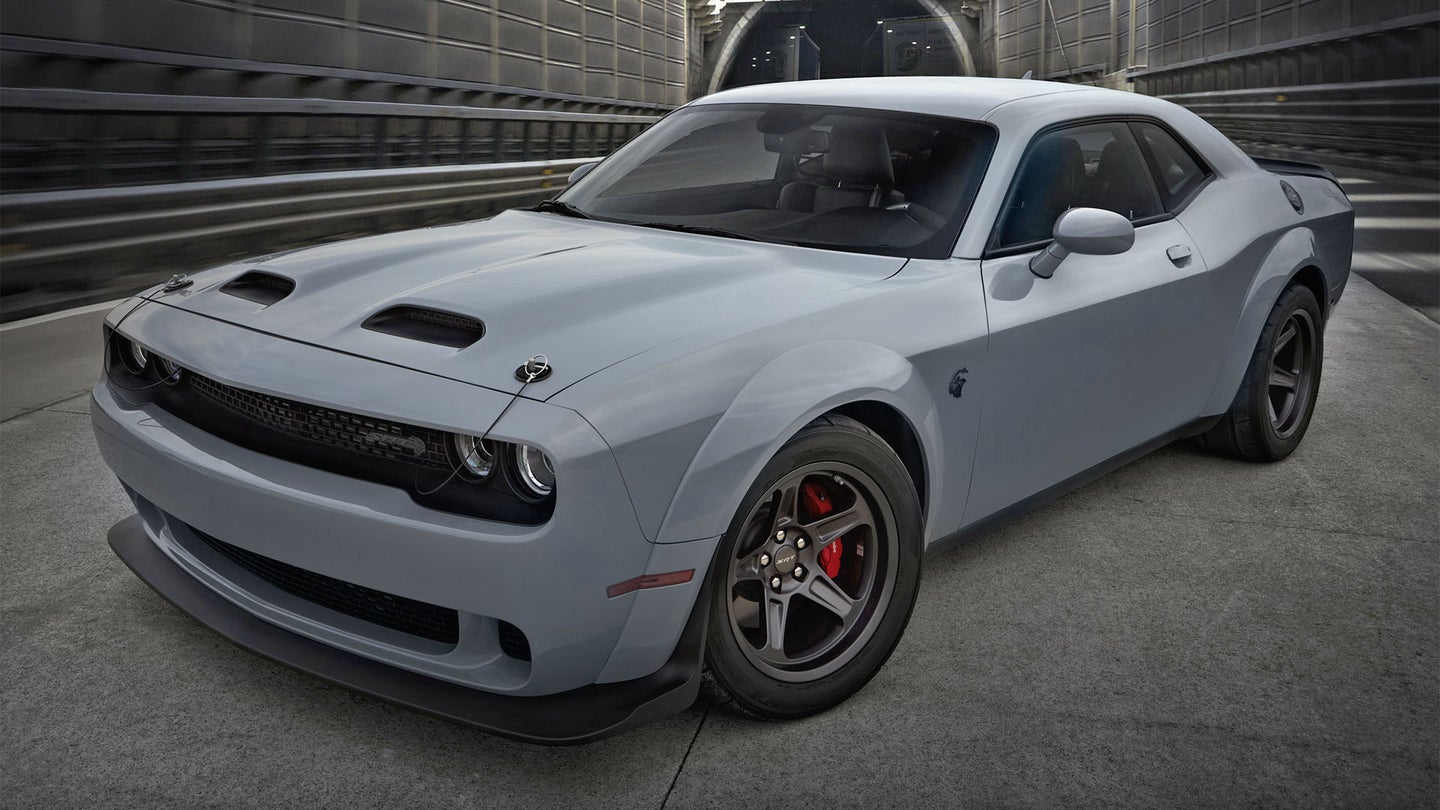 Dodge is a company known for its massively powerful Hellcat V8s that turn gasoline into horsepower and noise. It's clear, though, that the days of supercharged V8 power have to end sometime. Dodge knows this—it's set to release at least one new performance EV in 2024—but the Auburn Hills automaker is not shying away from fossil fuels in the meantime. Today, the company detailed its performance plan for the next two years, and there's a lot going on. It's called the "Never Lift" business plan, and it's set to hit the ground running on Dec. 15 of this year.

Some of it's clearly PR fluff, but a few items are worth noting. The automaker is bringing back its classic Direct Connection performance parts to start, a name that hasn't been present in the Chrysler universe for more than 40 years. Those new parts—primarily for the Challenger—are set to be distributed through a slew of existing dealers that will specialize in high-performance Dodges, known as "Dodge Power Brokers." The company hasn't cleared up all of the details yet, but what it has said is that these new parts, available through select dealers and covered under the factory warranty, will be sold in stages enabling power boosts of more than 100 horsepower.

In-depth part specifics weren't mentioned; however, other details of the company's plan were. In addition to selling more performance parts, the automaker will also give away a bunch of brand new performance Dodges to "25 superstars from the worlds of sports, music and automotive." Actually, it seems like the real number is 26, because Dodge is looking to hire a new "Chief Donut Maker" as well. No, we aren't making this up—the automaker is looking to recruit a brand representative with that silly title. According to Dodge CEO Tim Kuniskis, this person will get "a Hellcat to drive, $150,000 salary, wardrobe and a business card that carries the title 'Chief Donut Maker.'"

There are other way-less-ridiculous details that are far more relevant to the average joe Mopar enthusiast. The company's revived Direct Connection brand will not only be selling staged tunes and kits for extra engine output, but there will also be numerous new suspension, driveline, and other performance-adjacent parts available for the Challenger and Challenger Drag Pak. Direct Connection will, according to Dodge, go as far as selling whole Challenger bodies-in-white for customers who want them.

All of these parts will be available for sale at the aforementioned "Dodge Power Broker" dealers, and a catalog of the parts will be listed online as well as in print. For extra support, the company says it will maintain a hotline for technical advice.

If you want more information about all of this stuff, Dodge says it's going to put out a news release every quarter detailing various aspects of the plan. That's eight pressers stuffed with details of its "Never Lift" business plan set to arrive over the next two years. If you thought the company's EV plan was going to completely wipe out fossil fuel performance, well, you were mistaken. With the revival of Direct Connection, it seems like firebreathing V8s have gotten a slightly longer lease on life.

Electric muscle cars are on the way, but there might be some overlap with traditional V8s.

Ford Is Testing a Dodge Charger Hellcat, and the People Demand Answers

Why could Ford be tinkering with a rival’s V8 sedan?