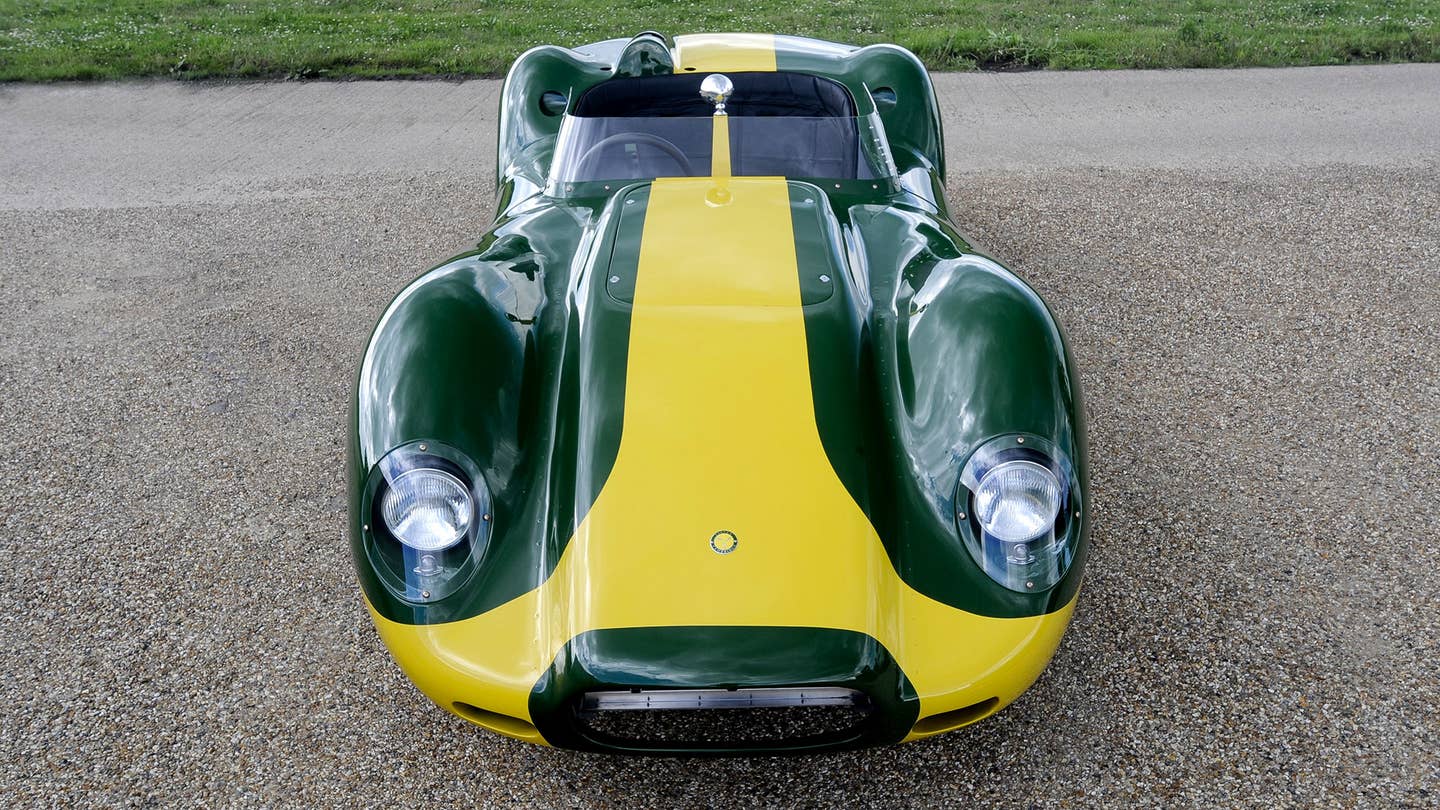 After quickly selling out of the original run of reborn aluminum-bodied Knobbly Jaguars it built earlier this decade, Lister Motor Cars is embarking on its second great mission of the 21st Century: brand-new versions of the magnesium-bodied Lister Knobbly Jaguar made famous by Stirling Moss. The company says ten of the cars are coming, priced at £1 million each. When deliveries begin sometime next year, the race-ready roadster will be the only magnesium-bodied car on sale in the world, and just the second car Sir Stirling Moss has put his name on, after the Kanye West-beloved Mercedes-Benz SLR McLaren Stirling Moss roadster. Moss’ involvement goes far deeper this time, though; the ex-racer will be personally handing over the keys to each new owner, as well as hosting a dinner with the lot of them.

Each of the near-identical magnesium Knobblies will be fashioned at the same factory as the 1958 cars, with the same techniques and on the same chassis jig and body bucks. Technicians will bore out three-inch, 14-gauge tubing to make lighter 16-gauge tubing for the chassis; the body will be shaped out of hand-formed panels, while the engine sump, clutch casing, and differential casing will also be made of magnesium. The sole engine offered will be a 3.8-liter reproduction D-Type inline-six with 330 horsepower and 295 lb.-ft. of torque. Thanks to its minimal weight of 1,854 pounds, the new Lister Knobbly gets from zero to 60 miles per hour in less four seconds , with a top speed of 184 mph.

Buyers can choose a road-legal car with two seats and an interior kitted out to their liking, or a harder-edged racing version with a single seat and few amenities. All cars come with a sterling silver number plaque on the dash and a suite of accessories like a racing suit and on-track driver training.

The Moss connection comes from when company founder Brian Lister hired Moss to drive a works Knobbly —so named for its prominent fender lumps—at the 1958 British Grand Prix, where he proceeded to win the race in the car. In a recent interview, Moss said the Lister Knobbly’s engineering was “considerably advanced over the Jaguar D-Type” on which it was based, adding that he thought the Lister was “a far better racing car.”

Out of the 50 original Knobblies built between 1957 and 1959, only five were the lightweight magnesium models—and none of those survive today. Incredibly enough, Brian Lister was so secretive about his race technology that Moss didn’t realize that his 1958 race car was magnesium until the driver signed on to represent the modern remake. A factoid we're sure those lucky ten owners will ask the good Sir all about at that private dinner.