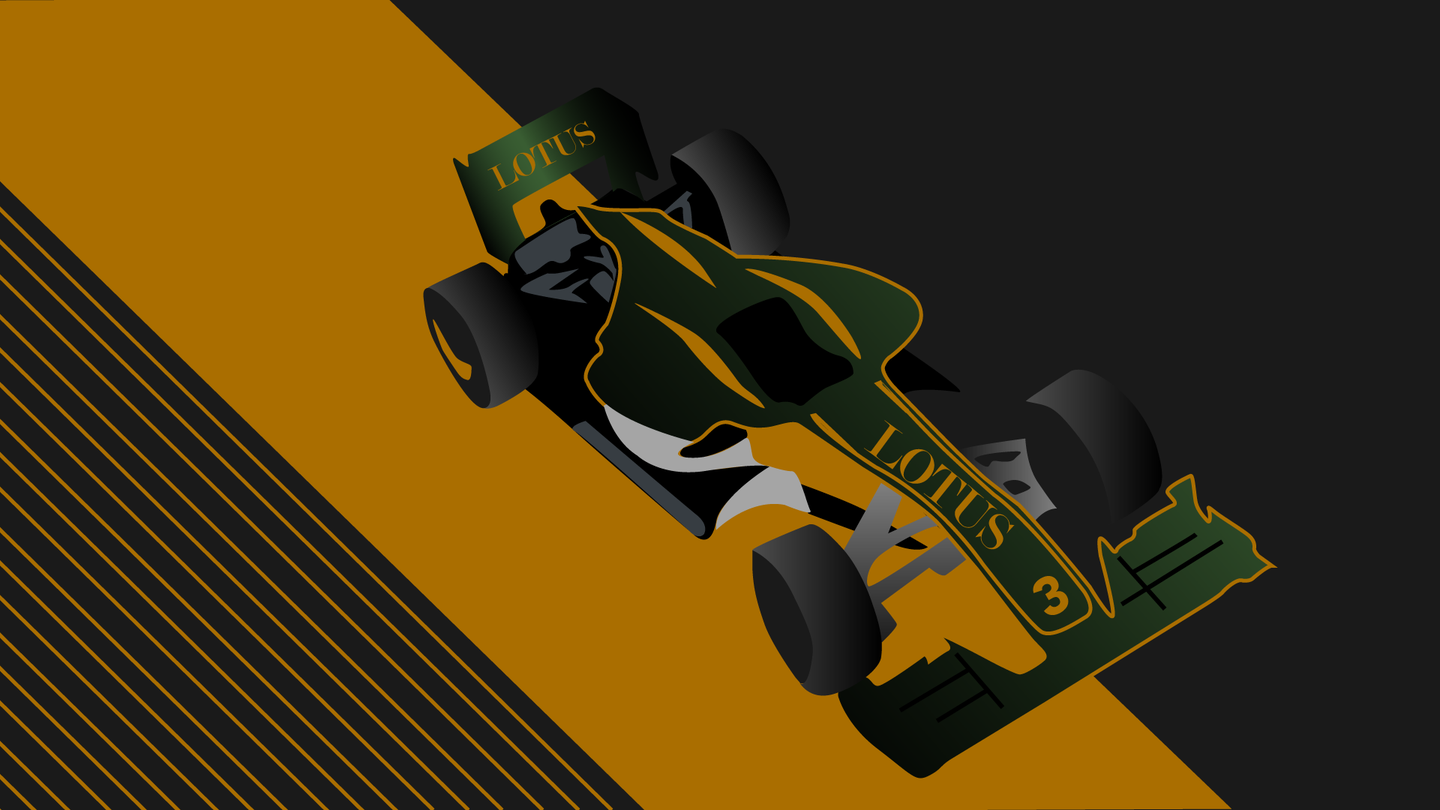 To a car enthusiast, automotive journalists are more spoiled than most people. We're flown across the world for a day or two to spend time behind the wheel of, say, the newest Porsche, or to a manufacturer-sponsored, full-line track day at Laguna Seca or Paul Ricard. People think we we have one of the greatest gigs in the world. And I happen to agree.

But the kind of people who truly see behind the curtain, who end up with the LaFerrari’s in their actualgarages rather than on magazine covers, often do not have the greatest gig in the world. It’s often something mundane, but it's done to such a high level that the result is vast amounts of money. For example, the richest person I know manufactures cardboard boxes. He lives in the third largest house in Florida.

If, by chance, you’re an enthusiast of a particular brand of car and buy your way up the ranks as you make your billions, you may end up with a golden ticket to an event that "never happened." Like my friend Karl, who is a man not only of means, but also of taste. He “works to live,” rather than “lives to work,” and loves his cars.

Karl brought one of the coolest cars I’ve ever reviewed, the Lingenfelter LS3 powered, six-speed swapped, Jaguar XJL Vanden Plas, and more recently, what is probably one of the world’s more perfect Porsche 914s. Karl is a world traveler, a collector, and a racer, and sends me the craziest stories about things he’s seen and done.

And one of his stories was just too good not to share.

In 2010, Karl went to Lotus’s HQ in Hethel, then on to Paris on an exclusive invitation sent out only to the best customers of Lotus during the ambitious and doomed reign of CEO Dany Bahar. Karl was offered a chance to buy the Lotus T125 .

Never heard of the Lotus T125? Join the club—I hadn’t either. First, a bit of backstory:

In 2009, Lotus Cars of Hethel, UK—founded by the legendary Colin Chapman—was, as usual, in financial trouble. Lotus was under ownership of Malaysian manufacturer, Proton, and had lost money for 15 straight years. So Proton hired a man named Dany Bahar to be CEO of Lotus. His goal? To turn a profit.

Bahar had an Aaron Eckhart look, a background in marketing, and had a resume consisting mostly of making fuck-tons of money—he was Chief Operations Officer at Red Bull from 2003 to 2007 and created Red Bull Racing (and Scuderia Toro Rosso), in addition to expanding Red Bull’s involvement in other mainstream sports. Then, from 2007 to 2009, he ran Ferrari’s comically profitable licensing division, expanding the brand’s reach into countless suburban mall storefronts and into massive projects like the Ferrari World theme Park in Abu Dhabi. Ferrari, for those not in the know, makes significantly more money on licensing its name and logo than it ever has building or racing cars.

In theory, the Lotus hire was inspired: Dany Bahar was young, handsome, energetic, and had worked hugely profitable ventures in the automotive world. Unfortunately, successful as he was, Bahar had critical blindspots: he never worked within a budget, and he never built cars. Both of these issues would be prove crucial to his downfall.

But before then, the apex in Bahar’s stint at Lotus was the 2010 Paris Motor Show, to which our friend Karl was given a golden ticket on Lotus’s dime. He was asked not only to see the five new Lotus road cars Bahar had planned to launch, but also, potentially, to buy the ultimate track car: the Lotus Type 125.

About a dozen people worldwide were invited to the Lotus factory in Hethel two days before the Paris Motor Show, and then told that Lotus has a secret track car project and they are on the VIP list to buy it. Karl went to the factory, where he and the others were given a tour by Clive Chapman, Colin Chapman’s son. They were shown where vintage Lotus racing cars were restored, where the factory race cars were maintained; they were shown legendary cars from Lotus history, liveried in John Player Special, or single-stage green and yellow.

Then they were taken out to the race track for hot laps in the then-new Evora GT4 race car; Karl told me his instructor for the wet track day was none other than Greg Mansell, son of F1 Champion Nigel Mansell. “He was five years my junior but a far more talented driver than I was,” Karl recalled.

But they still hadn't been told what the secret project track car was. For that, all the guests were flown to Paris on brand new Hawker 4000 and Premier jets. On their arrival, the same vintage race cars that had been shown in Hethel were now set up in the basement of the Louvre—that's right: the museum that has the Mona Lisa—like matchbox cars on risers, having somehow beaten multiple private jets across the channel. And on its own riser a floor above them all sat the Lotus 125.

The 125, or “Project Exos” as it was internally called, is as close to a Formula One car as any company in history has been willing to sell in numbers. It truly was the ultimate track car. To the untrained eye it looks, sounds, and goes identical to a modern F1 car. It was made entirely of Carbon Fiber and weighed just 1,400 lbs. It had a 650-horsepower Cosworth V8 that ran up to 10,300 RPM, and would theoretically do 2,800 miles in between teardowns—five times what an F1 motor would do.

Who was there to assist with test fittings and answer technical questions about the car? None other than Sir Stirling Moss and Takuma Sato, who chatted about the project like two guys at a car meet. All around the Louvre basement were priceless artifacts from Lotus’s history: Jim Clark trophies, Senna driving suits, Andretti helmets from the golden era of Lotus F1. “Outrageously good looking people,” Karl says, milled about flashing six-figure watches, exchanging business cards from their respective houses of high finance. Apparently, it was a finance-heavy crowd.

As everyone sat down to their five-star dinner, Lotus’s new concept cars, presumably mocked up on existing Exige and Evora chassis, rolled down the center catwalk like a fashion show. After dessert, each of the guests was handed an “Exhibitor” badge for the Paris Motor Show and a ticket home, first class, on the Eurostar.

I don’t even want to think about what that event cost. But it sounds like something the head of marketing from Ferrari would put on, doesn’t it? At Ferrari, they would’ve spent ten million bucks, and then sold a car to every single person invited. Because it would be some nutty, double-priced track-only version of the “normal, roadgoing” version all their rich-guy friends had: the ultimate one-up for the customer, and the ultimate profit-grab for the company—in the Ferrari scenario, everybody wins.

But when Danny Bahar’s Lotus tries to sell the craziest track car ever built? Different outcome altogether. I’ll let Karl finish it off:

“I didn’t buy a Lotus 125. I don’t think anyone else did, either. Danny got fired. The project never moved forward. I never read about this amazing event in any auto magazine. I never heard about it from anybody.Unless I showed them the pictures of us with priceless vintage Lotus race cars, of me with Clive Chapman in the barn where 1960s Lotus race cars were built, of me with Takuma Sato at the Louvre, with cars parading down the catwalk while people ate dinner, with a Russian gangster on the Hawker across from me with a bling watch drinking champagne from the bottle, nobody in the car community believed me that it happened. But it did happen, and I do have the pictures, and it was ridiculous.”

Zero. They sold zero cars. From what I understand, only two T125 “Exos” Prototypes were ever built. One featured the “Exos” livery and was on display in the Louvre event, and shown to the media later. The other, liveried in the traditional “John Player Special” black and gold, enjoyed a brief moment in the spotlight when Jean Alessi tried to teach Jeremy Clarkson how to drive one on Top Gear.

So what went wrong?

After watching that Top Gear segment, both Karl and I find ourselves in agreement: even for a very experienced driver, the T125 doesn’t look like much fun. Crazy? Scary? Fastest thing on four wheels? Absolutely. But something to do as a hobby? No way. Apparently, a dozen or so other people agreed with us.

I honestly believe I could get into one of those Ferrari FXXK’s and have a few laps at a good pace without being pants-shittingly terrified. You might even call it fun. But the reason most people don’t show up at track days in Formula One cars is that most drivers, even very experienced ones, don’t have the first bit of what it takes, mentally or physically, to get the most out of that experience. Looking inward here, I’d probably have just enough confidence to go just fast enough to have a massive crash, but before the downforce really started working, so, too slow to avoid said crash. That’s just me; your results may vary. But in my defense, Karl, who has much more actual racing experience than me and has put in track time on 3 continents in fast GT cars (Porsche 993 RSR), open wheel cars (Formula Mazda), and unobtainium toys (a Ferrari 333SP), agreed. It was just too much car, and if it’s too much car for a guy like that, who’s it really for?

None of the planned concept cars in the basement of the Louvre actually happened. Danny Bahar was accused of mis-using company funds, which, after this story, makes total sense, and he was fired. He and Lotus then sued each other a couple of times, and eventually came to a settlement.

Now, five years later, Proton still owns Lotus, but it seems to be focusing its energy on turning the Evora into something truly wonderful, which it might have with the new Evora 400. The press launch was at a cheap race track in Michigan, and journalists all stayed at the modest Baymont Inn. Hopefully, the new Exige and Elise will be homologated for the US. And though the Type 125 never got off the ground, at least the best part of it is still around: you can still buy that 650 HP Cosworth Engine as a crate motor from their web site.

And Danny Bahar? He lives in Dubai with his family, and is the founder of ARES Performance, a self-styled “atelier” which offers custom paint jobs and body kits for luxury cars, a la Mansory or Hamann. A veritable “Far-East Coast Customs,” if you will. Which, let's be honest, for that dude, sounds about right.

Not quite Colin Chapman’s way, but hey, close enough.