Trust me when I say that Gavan Kershaw, director of vehicle attributes at Lotus, is the kind of guy who can drift an Evora around the brand's 2.2-mile Hethel track all day long with one hand while making a ham and mature cheddar on rye with the other. Former chief Matt Becker may have left Lotus a few years ago to help out Aston Martin, yet it was the two of them who developed all modern Lotuses that are so exceptional to drive.

Kershaw has been with Lotus since 1988, and as the now Geely-owned brand prepares its first ultra-high performance electric car, it's his responsibility to make sure it will handle like a Lotus should. While packing four-wheel-drive and the equivalent of 1,973 horsepower, the Evija hypercar already does a lot to remain as light as current technology allows. Although the Evija EP2 prototype demonstrated by Kershaw features traditional mirrors along with no sound isolation and some extra safety equipment, the production car will go digital to be as sleek as possible:

Having cut its ties with battery expert Williams Advanced Engineering, Lotus is now in the process of fine-tuning the Evija's five driving modes which alter every aspect of the car to make the most of those cells packaged behind the driver:

Range limits peak outputs to 985 horsepower and 590 foot-pounds of torque, switching to rear-drive to maximize the distance available.

City decreases the level of regenerative braking for a smooth drive, also putting the rear wing in its low-drag mode. Push a button below 30 mph and the Evija's nose will lift as well.

Tour turns on the action, allowing for both four-wheel or rear-wheel-drive and delivering up to 1,380 horsepower with torque-vectoring on demand.

Sport goes further with 1,676 horsepower and 1,253 foot-pounds of torque, with all systems working towards maximizing traction.

Track speaks for itself. All the juice at 1,781 horsepower aided by the highest level of torque-vectoring, as well as the Evija’s Drag Reduction System (DRS) available on request. As you'd expect, the chassis is also at its sharpest.

With the Evija being a global product and an EV topping out well over 200 mph, this latest development film also allows for a peek at what's behind its seats, including the battery pack, and the motorsport-derived inboard suspension featuring three adaptive spool-valve dampers manufactured by Multimatic.

Lotus has an exciting EV project on its hand, to say the least. 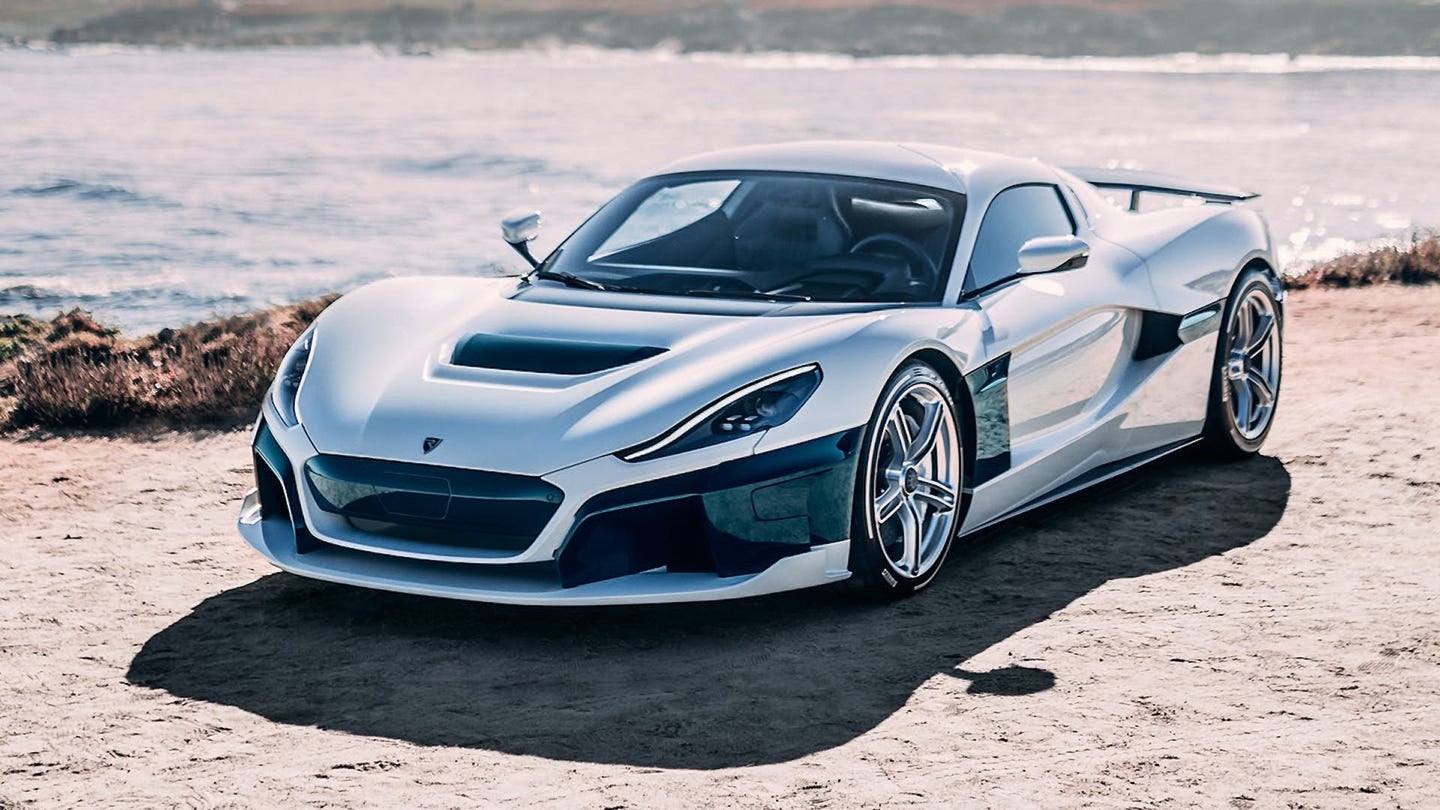 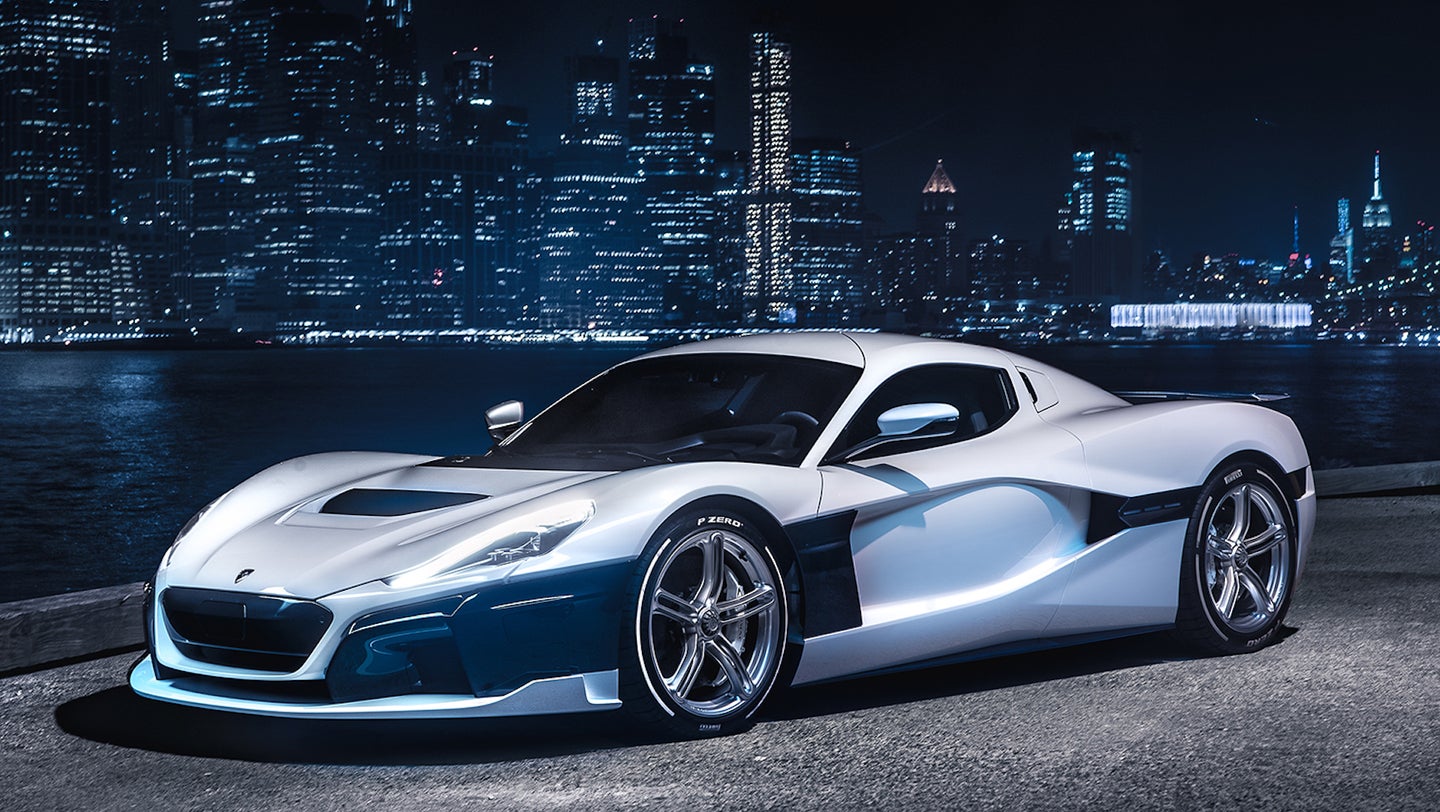 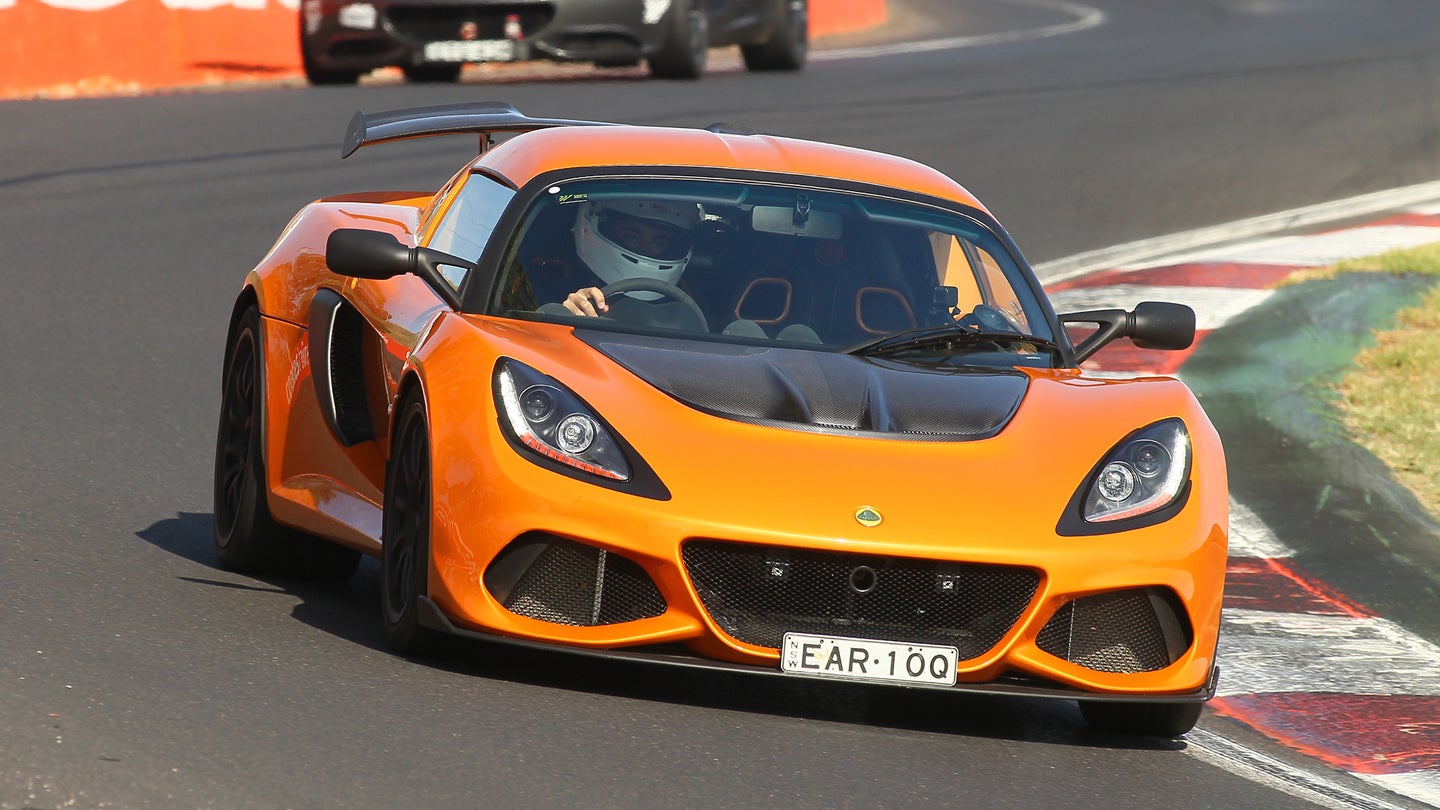 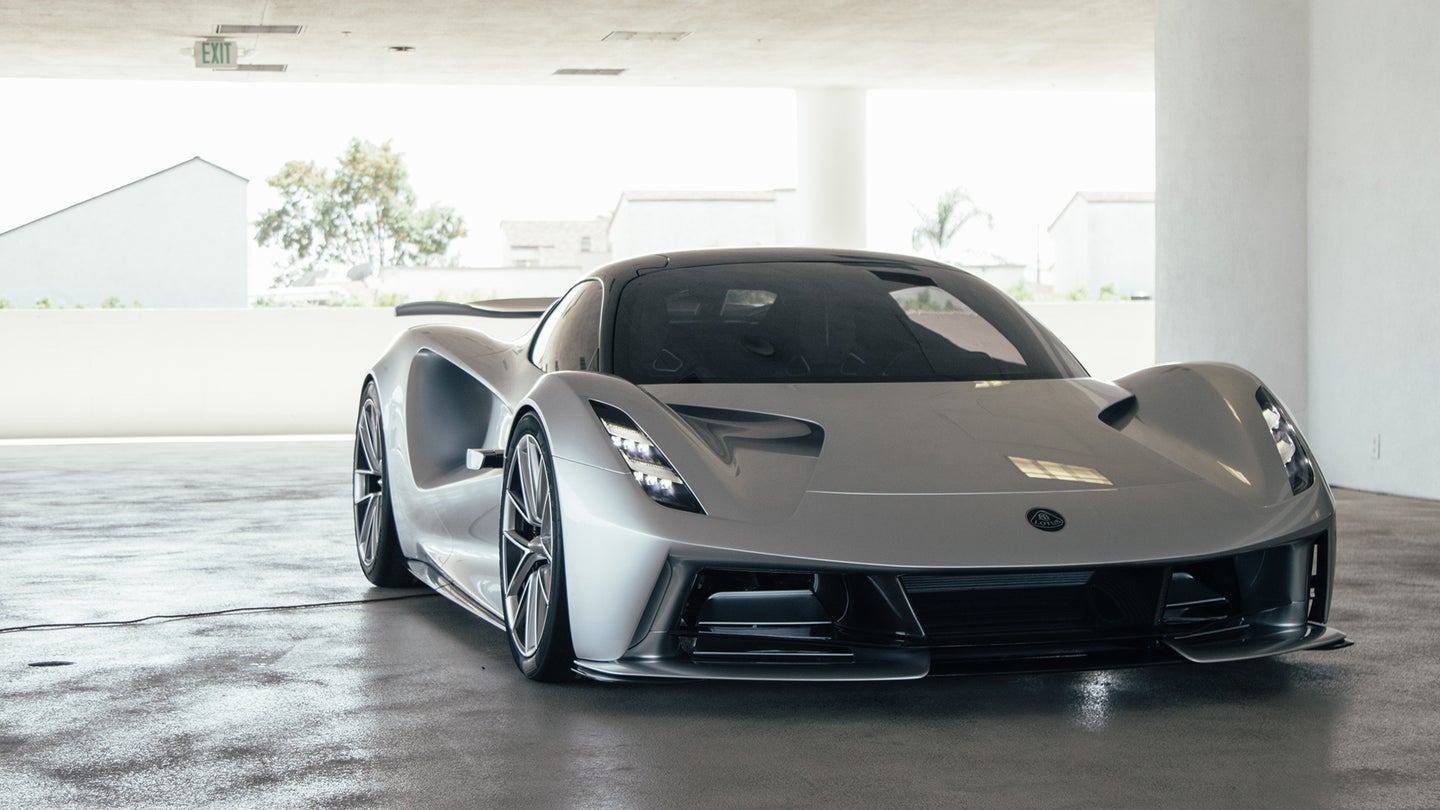 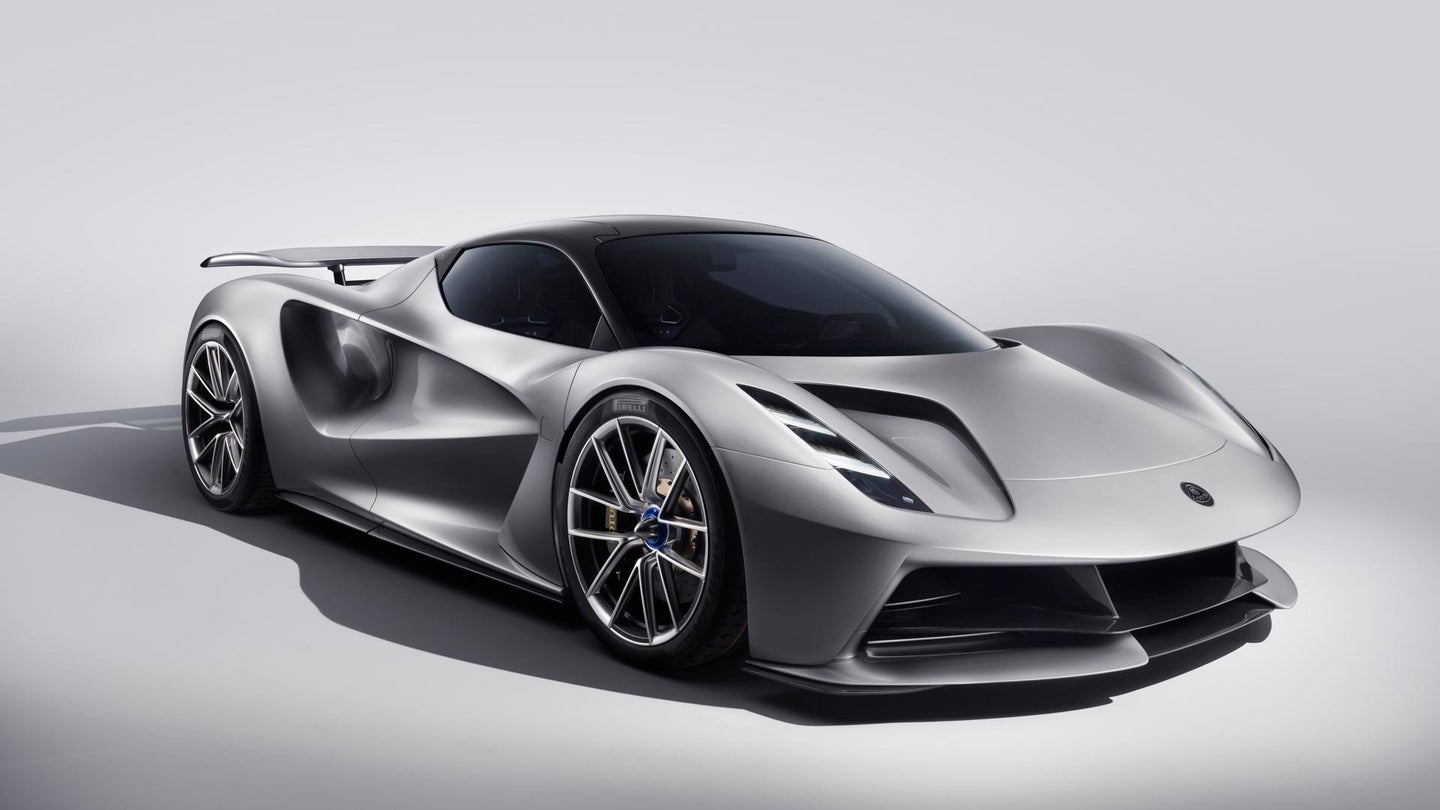