New Nissan Z: Here’s Everything to Know Ahead of Tonight’s Debut

After years of waiting, today is finally the day. 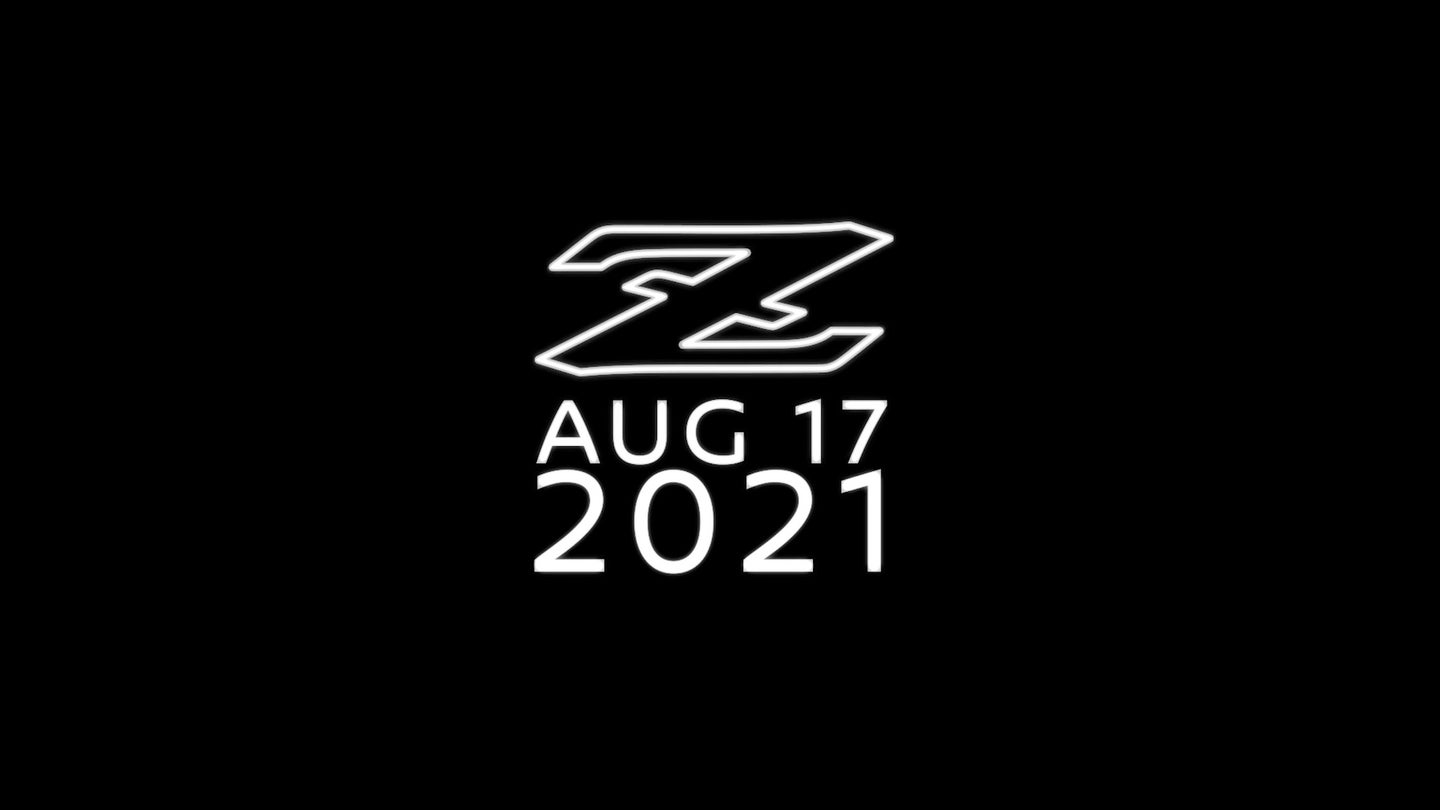 If you've explored the automotive web within the last few hours, you'll probably know that today was the day Toyota chose to release the first driving impressions of the 2022 Toyota GR 86 (spoiler alert, it's even better than before). As one rear-drive Japanese sports car's hype-cycle comes to a close, another is just beginning because, tonight, the official, production-ready version of the Nissan Z will finally be upon us.

In the meantime, here's what we know, have heard, and have seen about the car so far.

Judging from patent images and leaked factory photos, it doesn't look like the production Z will deviate much from the Proto we all saw and drooled over for much of the past year. Big, squared-off grille, classic Z-car proportions, and taillights inspired by the 300ZX are all things we fully expect to make it onto the showroom version.

Under that skin, Nissan has already confirmed a twin-turbo V6 paired to a six-speed manual as standard or an optional automatic. Power, torque, and displacement remain unconfirmed. For what it's worth, however, rumors and a candid peek under the Proto's hood point to the 3.0-liter VR30DDTT engine found in the Infiniti Q60. It's good for 400 horsepower and 350 pound-feet of torque in that luxury coupe's Red Sport version.

Speaking of the potential 400 hp, many on the internet have taken to calling this car the "400Z" throughout its development but, notably, that's not a name that's ever been used by Nissan itself. The rear of the Z Proto sports a badge that reads "Fairlady Z" while Nissan's official press release reminding us of tonight's reveal simply refers to the car as "the all-new Z" with no prefixes, numerical or otherwise. Whether that's simply a placeholder or Nissan is actually, simply calling this one the "Z" remains to be seen.

Thankfully, you won't have to wait much longer because the full reveal is scheduled for 8 p.m. ET/5 p.m. PT tonight at which point Nissan's official livestream, which has handily been embedded at the bottom of this post, will begin. For those who prefer full, written details and pictures, we'll have all of that at that time right here on The Drive.

Got a tip or question for the author about Nissan's new sports car? You can reach them here: chris.tsui@thedrive.com