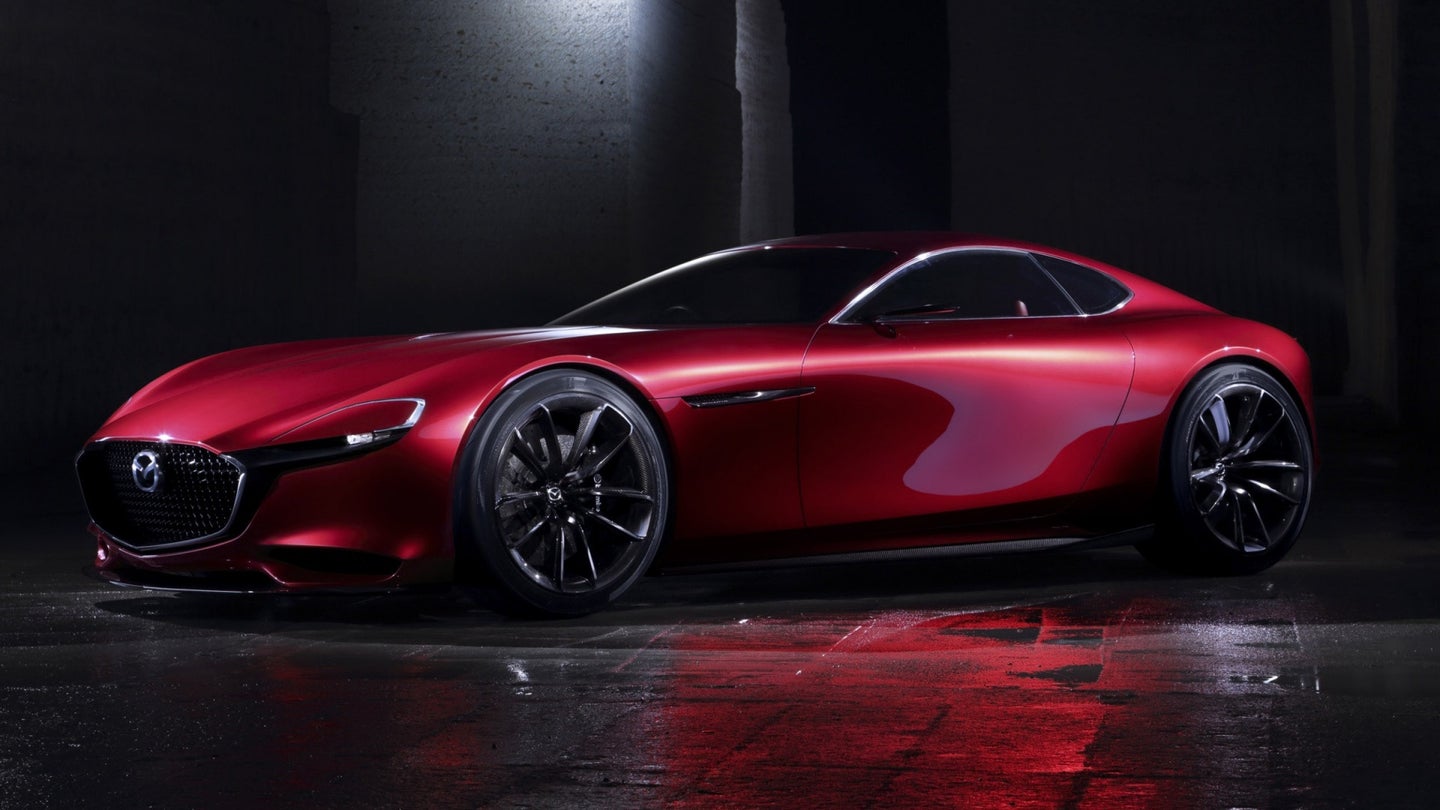 Mazda has done right by car enthusiasts over the years. While the venerable RX-7 was put to bed back in 2002, and its sequel wasn't quite at the same level, it's nonetheless given us over 30 years of Miatas to punt around to our heart's content. The thirst remains, however, for the company to bring us back the zoom-zoom with a fully-fledged sports car. As reported by Jalopnik, the company's recent patent filings might hint at just such a possibility.

The images were spotted on a Japanese blog, regarding 14 patents Mazda has applied for recently. The most notable among them is a patent regarding a two-door sports car with an aluminum space frame design.

Interestingly, the diagrams in the patent filings are remarkably similar to the basic outline of the brand's RX-Vision concept, first made public back in 2015. Details around the door opening, quarter window and rear window are all reminiscent of that design. There's also a sharp, angular cutout which matches the shape of the former concept's taillights almost identically.

These filings are not direct evidence that a car matching the description of the RX-Vision will enter production. It's more of a smoking gun, a hint at what Mazda has been cooking up behind closed doors. There's every chance that placeholder graphics from the existing concept design were used for the patent simply because they're already public. However, the fact that these filings exist at all tells us that the company is doing work on a two-door sports car, at least to some degree.

It bears looking back just a little earlier, too, with the same blog posting other Mazda patent filings back in 2019, which show a driver sitting in a low-slung, sportscar-like fashion. Notably, several details on the chassis shown in that filing match the new release this month.

A further post from July 26 features a tantalizing yet distinct rear-end design from the more recent filings. It looks like it could be rather sporty, and features a near-identical crash structure to the recent sports-car patents. The patent also seems to mention a rear glass hatch which would ape the design of previous RX-7 models. However, that filing also mentions a tow hitch, so we could be barking up the wrong tree here. 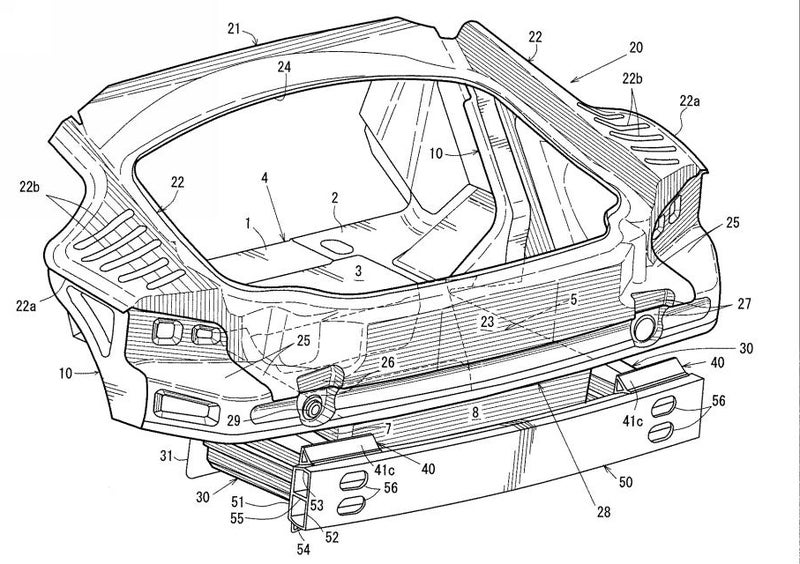 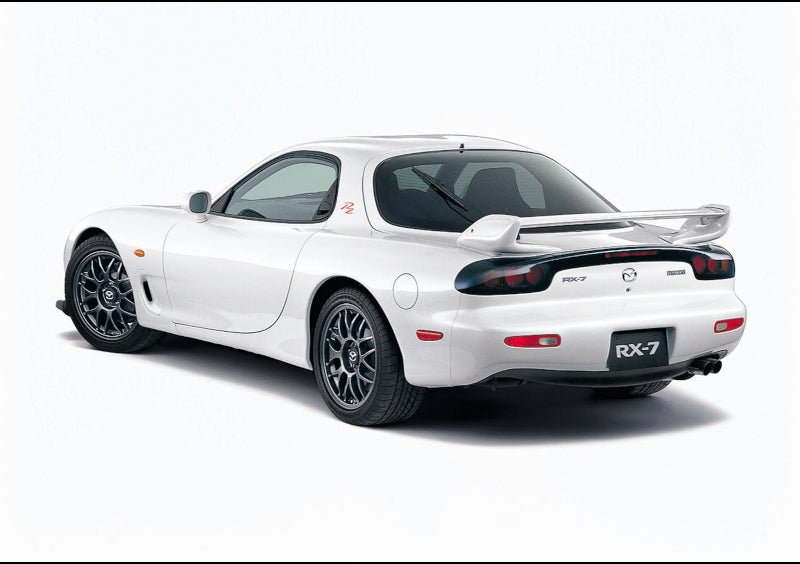 It's pure speculation at this point, but with the onward march of new technology, it seems unlikely that we'd see a return of the famous Wankel rotary engine in a sports car application. While the rotary is back in the Mazda MX-30 as a range extender, it never directly powers the wheels in that vehicle. Modern emissions regulations would surely curtail any effort to build a rotary sports car these days.

A more likely engine could be the company's new straight-six. Expected to land in the next-generation Mazda6 sedan, in current form it's supported by a 48-volt mild hybrid system as well. A performance-tuned version could make a great powerplant for a future sportscar, and would fit nicely under the long nose of the concept car, to boot. While many would love to see a return of the rotary, few would turn up their nose at a capable straight-six.

Further details are scant, but we'll have our ear to the ground for any more tantalizing hints flowing out of Hiroshima. A new Mazda sports coupe is a treat we all surely deserve, and on the off-chance it did have a rotary, well... that would be the icing on the cake. These are the exciting times we live in.