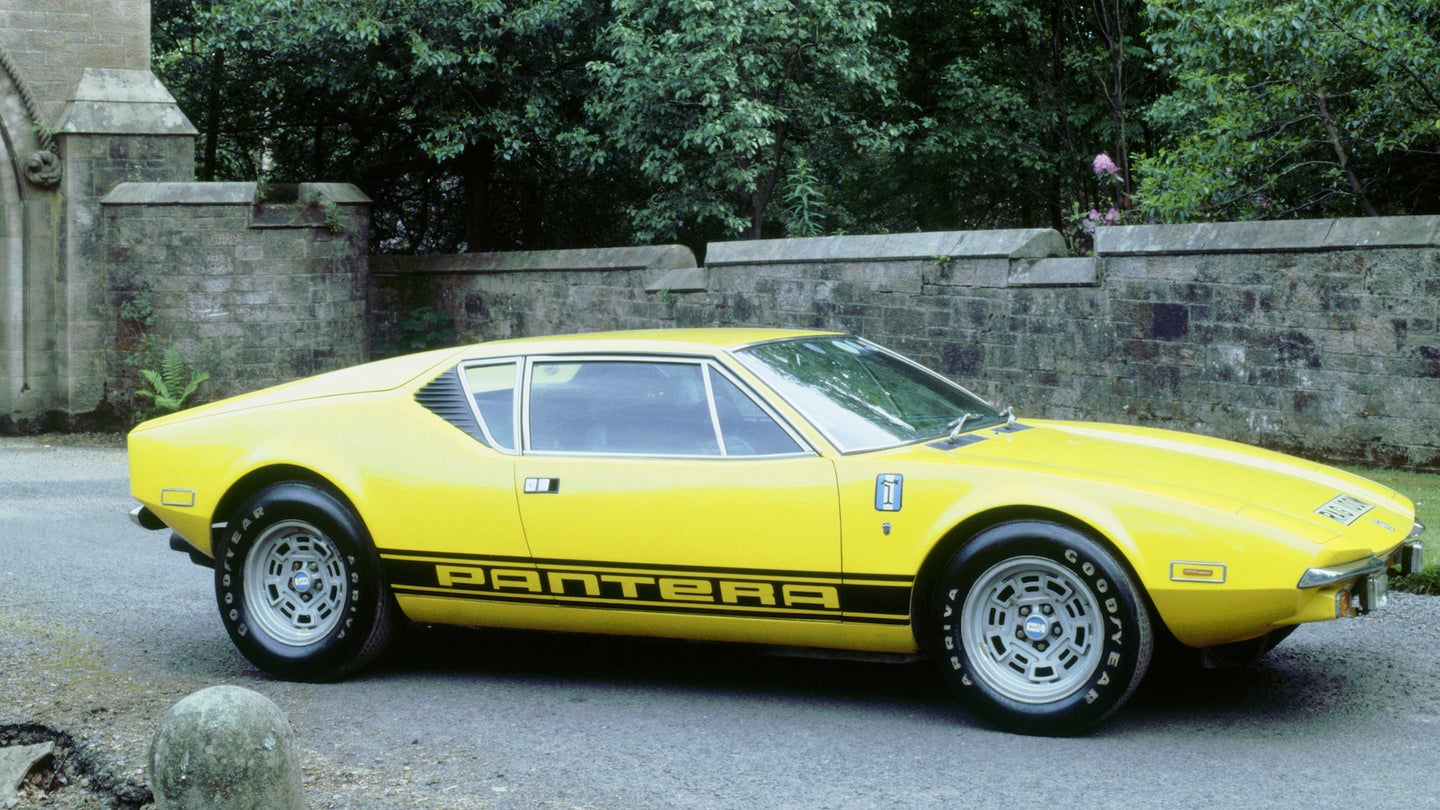 According to a recent trademark filing with the U.K. Intellectual Property Office, independent Italian sports car builder De Tomaso might be making a comeback. The niche carmaker, which is responsible for the popular Pantera, closed its doors back in 2004.

According to Reddit, the trademark was filed on Aug. 10 but was just recently uncovered. A new De Tomaso logo can be seen in the trademark filing, which echoes the classic emblem used during the heyday of the brand, only updated and smoothed over for the modern era. However, that classic logo isn't the only thing the brand plans on reviving, allegedly.

Another Reddit poster in the same discussion pointed out that London-based Ideal Team Ventures Limited — the same folks responsible for that August trademark filing — submitted a design patent application for a re-imagined, retro-style Pantera shared by Autoguide back in January of 2018. In addition to preserving the classic Pantera shape, the renderings reveal that the design retains the original pop-up headlamps.

The history of Italy's independent sports car manufacturers is littered with beautiful designs, forgotten nameplates—and to some, untapped potential. The company founded in 1959 by Alejandro De Tomaso in Modena, Italy is best known for a string of Ford-powered exotic sports cars, most notably the 351 Cleveland-powered Pantera. At their height during the '70s, De Tomaso rescued an ailing Maserati, eventually selling it and other brands like Innocenti and motorcycle manufacturer Moto Guzzi in 1993, until the company closed its doors in 2004.

In 2009, Italian businessman Gian Mario Rossignolo purchased the trademark and attempted to restart production. They even displayed a five-door crossover concept named the Deauville at the 2011 Geneva Motor Show before it all came crashing down. Rossignolo was eventually arrested for alleged misuse of public funds, and the name De Tomaso once again lay dormant. Until now.

It's hard to imagine that in just a few short years, De Tomaso went from the prospect of building yet another five-door crossover to being the potential savior of pop-up headlights.