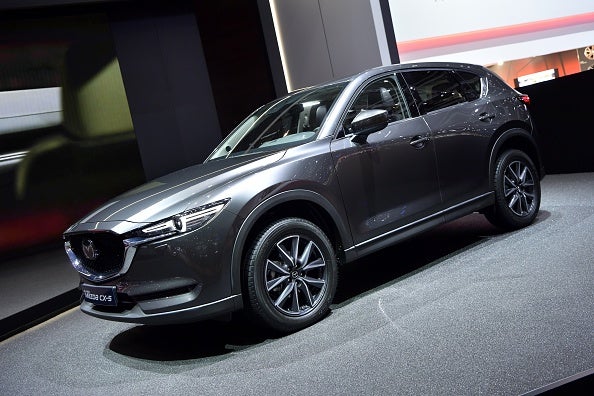 Driver assists like ABS and stability control have been making their way into cars for the better part of 30 years. More recent developments are features like active damping suspension, adjustable throttle response, variable ratio steering, and automatic braking. Last week, Mazda filed a U.S. patent for a system that, if feasible, will take driver assists to the next level.

“When finding the driver distracted (such as looking aside), this system provides driving assistance that enhances his or her motivation to drive by encouraging him or her to drive actively and thereby increase his or her internal focus on driving.” It all sounds like it fell out of a Psych 101 textbook. The short version is basically that the car is always trying to influence you to behave within its parameters. The system starts with sensors on the steering wheel and pedals, as well as a camera fixed on the driver’s face.

If these sensors detect bad behavior, such as the driver slamming on the brakes, swinging wildly on the wheel, or getting too invested in their next Tinder hookup. The car can compensate by reducing pedal sensitivity, adjusting suspension for more flat cornering, or yelling at you to actually pay attention to the road. The car will also give you tips on your technique, and discourage speeding by playing a much louder engine note when you exceed the speed limit, although I could see that feature having the exact opposite effect.

Safety may be the first goal of this system, but it seems Mazda is still focused on driving pleasure. As the car is recording all this behavioral data, it’s also cross-referencing that information with the GPS. The idea is that navigation will prefer roads that cause excitement to the driver, and avoid roads with the highest levels of distraction.

The way I see it, there are two ways that this technology’s implementation could pan out. It could result in a car that perfectly adapts to the driver, on the fly, like some sort of memory foam mattresson wheels, or it could make a car that is borderline impossible to drive, jankly shifting from one throttle map to another, guiding you into the desert, and buzzing in your ears every time you hit a pothole. I’m hoping it will be the former option.

It’s not the fastest Miata engine swap, but it might be one of the best.