Here’s the 2022 Nissan Frontier Without the Off-Road Extras

Until now, we’d only seen it in its sporty Pro-4X trim. 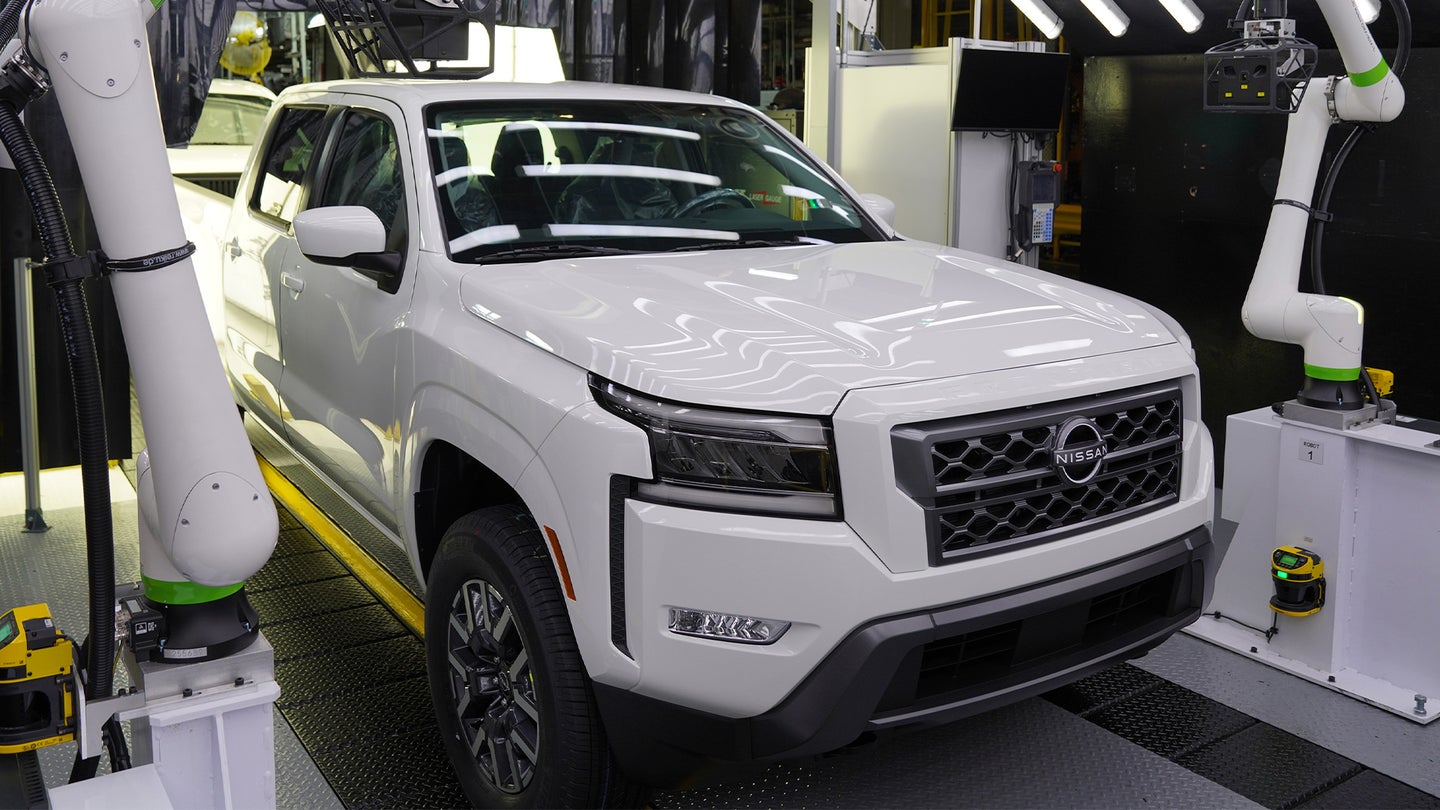 If you're reading this blog, you must care about the 2022 Nissan Frontier. Since the outgoing generation stuck around for roughly 17 years, there's been plenty of time to get hyped about the objectively handsome new truck, and production is now underway. Up to this point, we'd only seen the 2022 Frontier in its off-roady Pro-4X guise, though on Friday, Nissan released a photo of it in a more pedestrian color-matched scheme. I've gotta say, it still looks clean.

Regardless of trim, every new Frontier pickup will feature a 3.8-liter V6 sending 310 horsepower through a nine-speed automatic transmission. That output may go to all four wheels or the rear ones only, but rest assured, it'll have that powertrain combo—no four-cylinder with a stick-shift here. Because of that, you won't be able to score one for under $20,000 like the old model.

Anyway, let's circle back to how this one looks. Rather than wearing a sporty black grille surround with red badging, it's toned down with a more mature white-and-black front fascia. The fender flares are still around but instead of being black plastic, they're body-colored as well. Factor in the mirror caps that are painted an identical shade and you've got a classy ride that prioritizes comfort and style over impressing bros at the off-road park.

It's something to see a Frontier in this type of garb, considering the last-gen was so typically barebones. Perhaps it's further proof that Nissan is moving upmarket with all its truck offerings, much like it already did with the Titan and Titan XD. You get plenty of features as standard and if you'd rather spend money on a new truck that hasn't been around for a decade or more, the Frontier might be the best fit.

Huh, I didn't think I'd ever say that.

Production of the 2022 Frontier is now underway at Nissan's facility in Canton, Mississippi. Exact pricing hasn't been announced but it's safe to assume that'll start just under or over $30,000 including destination fees. It'll be on sale late this summer, and we'll be reviewing it in just a few weeks' time. Check back for more on that front in early August.