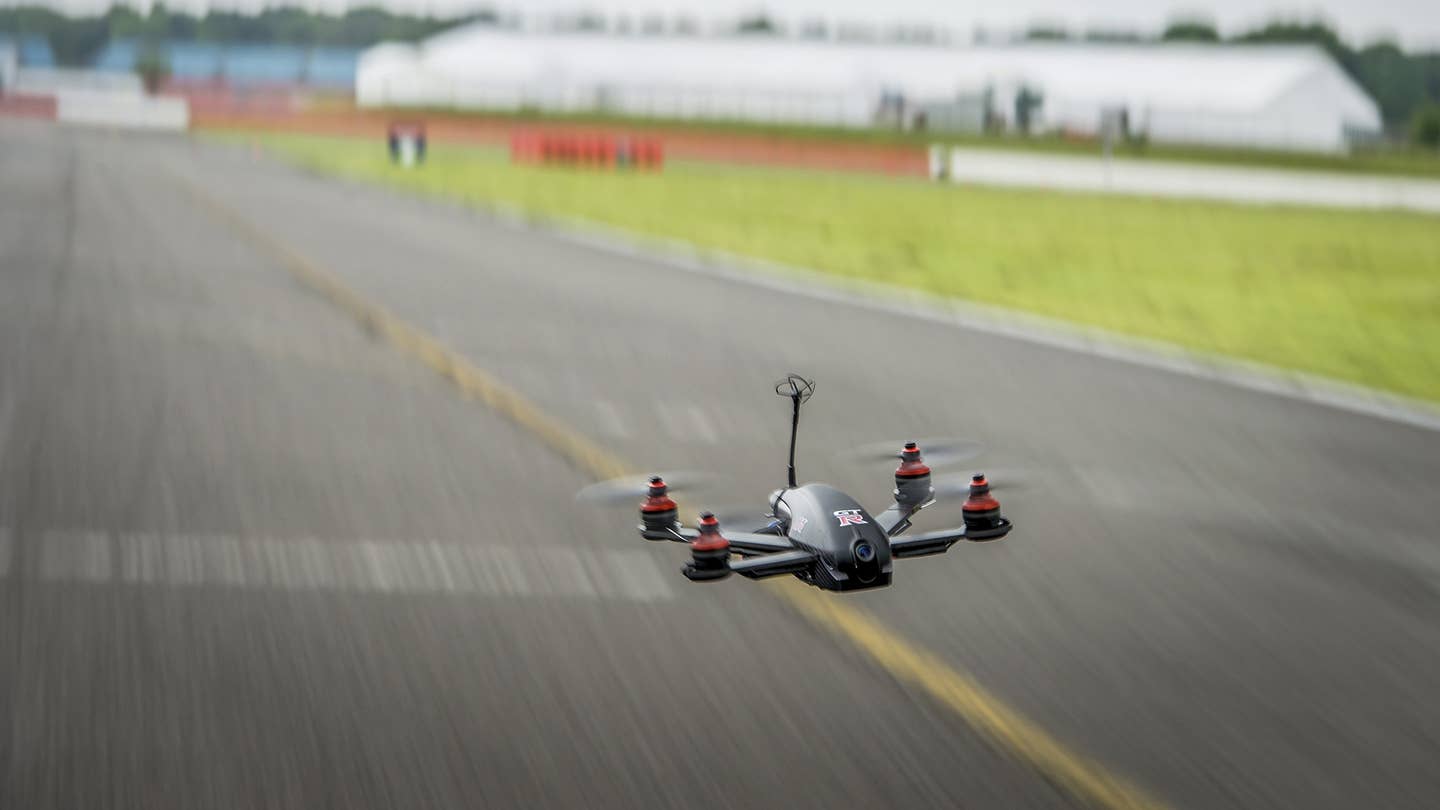 As anyone who ever caught Godzilla Vs. Mechagodzilla on basic cable while home sick from school can tell you, to beat Godzilla, mankind sometimes must build another Godzilla. In Nissan's case, to find a way to keep up with the kaiju-riffic 2017 GT-R around a track, the carmaker was forced to look into cutting-edge drone technology and build a revolutionary new type of remote-control GT-R. Awesome.

The GT-R Drone, as Nissan calls it, was designed by World Drone Prix champs Tornado XBlades Racing. Weighing barely more than a pound, the unmanned flying machine is powered by 2000kV XNova motors fed by a 1400mah Lithium Polymer 6s battery. With so little mass to push around and no rolling resistance, the quadcopter can leap from 0 to 62 mph in 1.3 seconds—roughly twice as fast as the road-going GT-R.

To see how the GT-R Drone would fare against an actual GT-R, Nissan set up a 1.2-mile course at Silverstone for the two to face off upon. Nissan NISMO driver Ricardo Sanchez handled the wheelman duties, while British National Drone Racing champ James Bowles flew the quadcopter via remote control, his eyes clad in a viewer that gave him a Superman-like view from the UAV's front camera. And since there'd be no point in doing such a thing without being able to share it online, Nissan filmed the whole thing and posted it on YouTube.

By the way, the music Nissan chose for the video is terrible. We recommend watching it on mute and turning on the Pacific Rim theme song instead.