Definitely not the way the company's owner wanted to let the world know that its newest creation lives up to the hype. 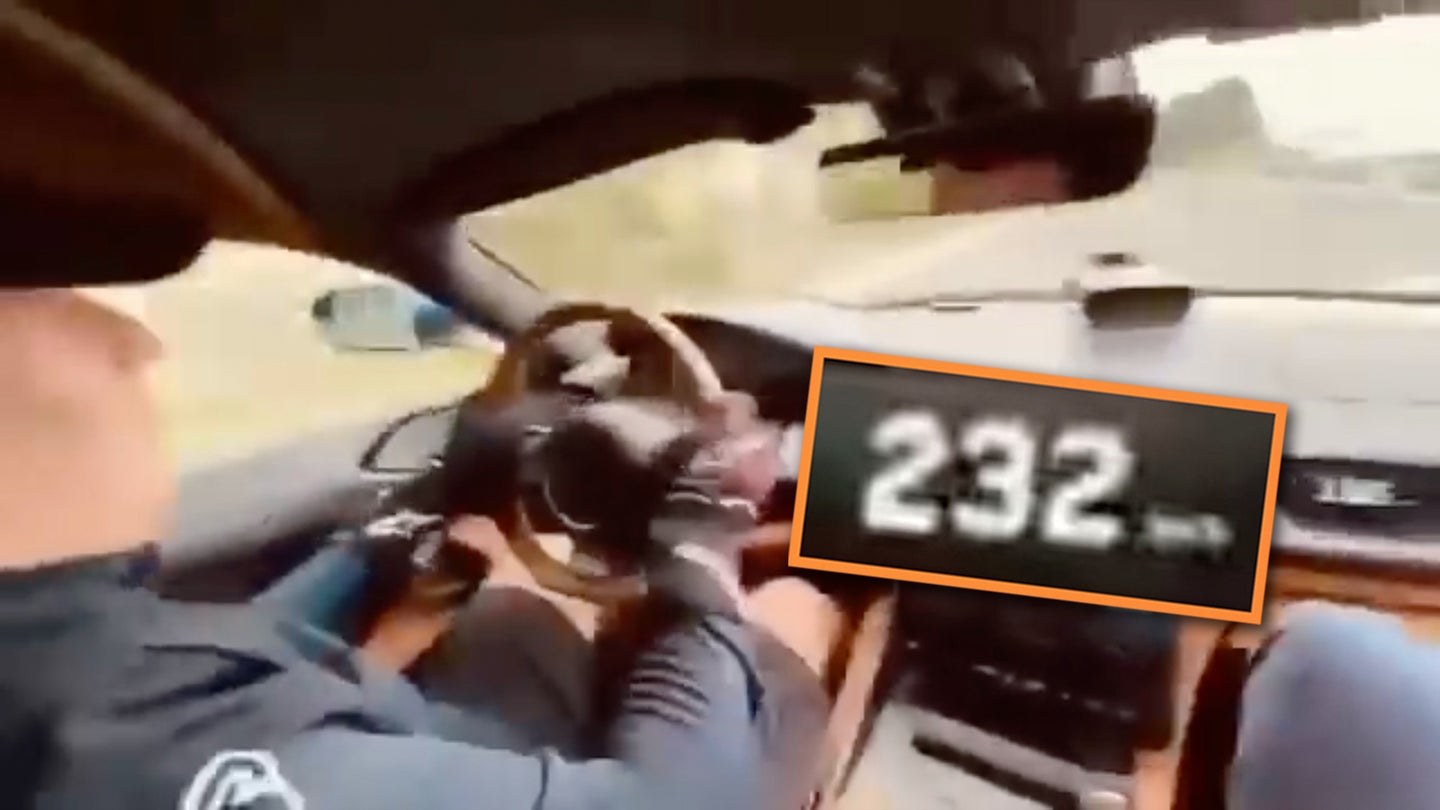 Last week, Rimac's first real production car broke cover, and it's everything anyone has imagined an electric car can be. The Nevera has a 340-mile range, rapid recharging, and most importantly of all, more horsepower than the Winged Hussars. All-wheel drive and 1,914 horsepower can catapult it from zero to 60 mph in 1.85 seconds. That power misused, though, can get someone into seriously illegal territory faster than you can say "ludicrous," as Rimac learned when a video of its test driver doing more than double the speed limit hit social media, drawing police attention.

Said video was uploaded to Reddit on Wednesday, June 2, according to Hungary's Index.hr. And despite its deletion, it has been re-uploaded on other platforms multiple times. Filmed from the passenger seat, likely by an interested buyer during demo run, the video shows a driver in a Rimac coat passing traffic before gunning it, taking the Nevera to 232 kph (or 144 mph).

This road's speed limit was reportedly 90 kph (about 55 mph), meaning the driver did more than two and a half times the local limit. Police in Dubrovnik, where the video was reportedly filmed, weren't just irked by this show of speed, either. The department also disclosed to Index.hr that it hadn't been informed there would be any vehicle testing performed in its jurisdiction.

Rimac's driver, an unnamed 41-year-old man, has reportedly been indicted with a misdemeanor in a local court. The process was eased by the driver turning himself in, as Rimac's eponymous founder and CEO Mate Rimac disclosed in a statement issued on social media.

"Our attitude is clear: we inform all customers, guests and employees that driving is happening on public transport and that they must follow the law [sic]," Rimac said on Facebook. "The driver from the video called the police himself. The police came and conducted an interview and will be punished as anyone else would be punished in this situation."

"For other rides we will be better careful and supervising. [sic] I apologize for the inconvenience."