Chevy Corvette Production Will Stop Yet Again Next Week, Idle Until June

Ongoing parts shortages are keeping the Bowling Green factory from pumping out cars. 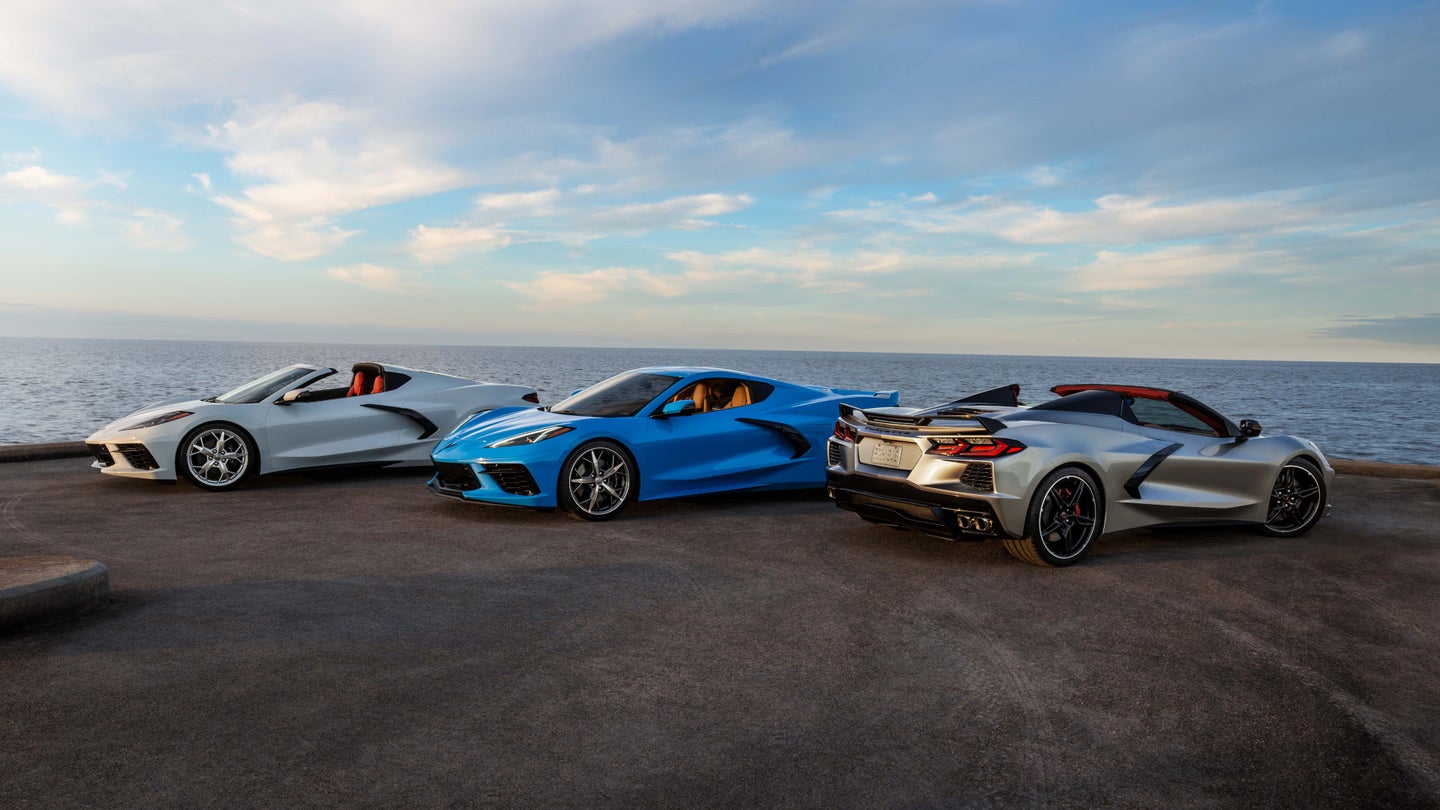 A modern automotive factory is a beautifully tuned machine, capable of running 24 hours a day, 7 days a week, turning out vehicles around the clock. That is, of course, assuming the requisite parts show up on time. With just-in-time manufacturing practices now the norm, a small disturbance to one part of the supply chain can bring entire production lines to a grinding halt. That's happening again with the Corvette this year, with the Bowling Green plant set to shut down for the week beginning May 24, reports Automotive News.

It marks the seventh time by our count that parts issues have halted the line since production started for the 2021 model year, in what is becoming an ongoing headache for General Motors. The company has declined to expand on the specific nature of the problem, only clarifying that it is unrelated to the global microchip shortage currently affecting the industry. The earliest production will be able to resume is June 1, a date that hopefully won't have to slide out any further.

Earlier shutdowns occurred from March 1 to March 5 and from May 10 to May 17, with the 9-week stretch in between the longest period of full production the 2021 Corvette has yet seen. With a host of problems occurring earlier in the year as well, it's been a rough ride so far for the C8 Corvette.

The pain is only compounded by the fact that the new mid-engined sports car was America's fastest selling car in March. C8 Corvettes are spending just 13.1 days on a dealer lot before being sold—over three times quicker than the 49 days averaged by other new cars. Obviously, there's a cause-and-effect here, with the Corvette's limited supply having an impact, but it nevertheless shows that the repeat production issues could not come at a worse time. The launch of a new halo model is absolutely key to success, before hype dies down and new competitors enter the market. While the C8 is now in its second model year, updates are minor—and with last year's delays as well, the car is still very much the new kid on the block.

It's likely that GM will get on top of the problems in time, as manufacturing engineers that can't keep production lines running tend to have short careers in the industry. However, with the backdrop of the ongoing semiconductor shortage, it's entirely possible other factors outside of GM's control could yet frustrate their plans to build America's premier mid-engined sports car in real numbers. Time will tell whether the throngs of eager buyers will get behind the wheel of a new Corvette this year.