And Honda takes its first ever Daytona victory, too. 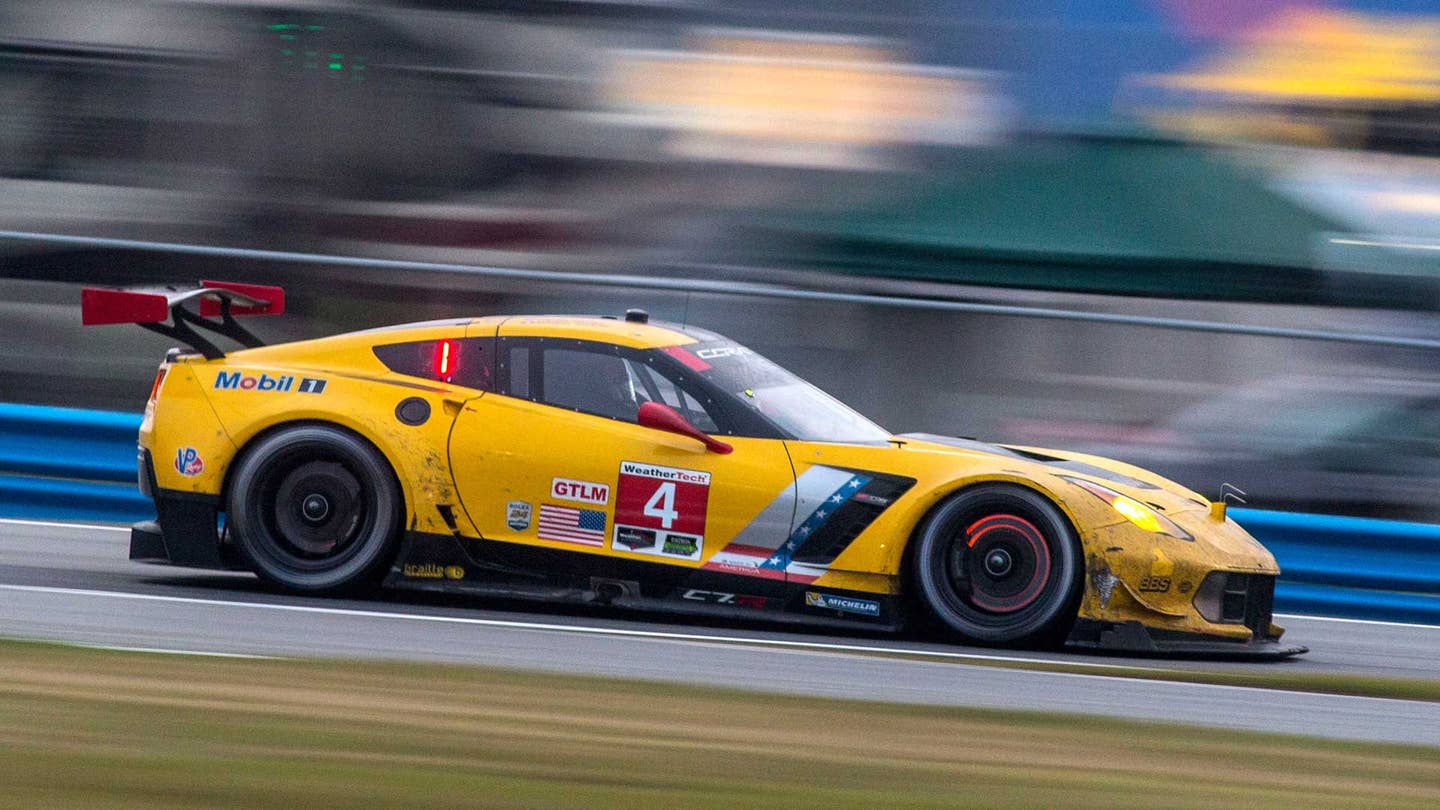 Endurance racing doesn’t get any more riveting than this. Team ESM’s Honda-powered HPD Ligier JS P2 has won the Rolex 24 at Daytona International Speedway, the opening event of the 2016 international racing season. Twenty-two year old Brazilian Luis Felipe Derani took the checkered flag, backed by a star team of drivers including Scott Sharp, Ed Brown, and Johannes van Overbeek. It was a first win for a Honda-powered car at the Rolex 24.

“This is my first sports car race here in America and my first Daytona 24,” said Derani, the young Brazilian. “The atmosphere was just immense.”

In highly anticipated GTLM class racing, two C7.R Corvettes crossed the finish line within 0.03 of a second—the closest finish in Daytona 24 history. Oliver Gavin in the No. 4 car edged his teammate Antonio Garcia in the No. 3 car after nose-to-tail racing in the final minutes that left mobs of fans in Daytona’s infield breathless.

The grueling final 30 minutes proved as exciting as endurance racing can get. A Porsche 911 RSR was leading the GTLM class, with Earl Bamber at the wheel, when Gavin’s No. 4 swooped in. A daring mid-corner maneuver took place, whereby the two cars made contact, and Gavin snatched the lead. The Chevy and Porsche stayed tight for numerous laps, with Bamber’s team radioing him: “This is the race. You and the guy ahead of you.”

But Gavin’s Corvette inched the lead forward over the Porsche, and when Garcia’s No. 3 C7.R passed the Porsche, the two Chevrolets went at it, battling each other down to the wire. The Corvettes were given the go-ahead by the team boss to race each other to the end; “You’re clear to race clean and fair,” were the team orders, according to Gavin.

But the biggest story coming into this year’s Daytona was the return of Ford Motor Company to international racing with an all-new Ford GT. Two Ford GTs were entered, No. 66 and No. 67, to celebrate Ford’s Le Mans victories in 1966 and 1967 with the original Ford GT racing car, which anchor what many consider the Golden Age of Racing. The new GT’s debut was timed to the 50th anniversary of Ford’s first Le Mans victory.

Sitting in his motor coach before the Rolex 24 start, Raj Nair, Ford’s chief engineer, admitted his company’s reputation was on the line. “You have to love winning more than you hate losing,” he said.

Raj didn’t have a good weekend. Neither did team owner Chip Ganassi—the Rolex 24’s defending champion—entered two Ford GTs. Both cars were plagued with gearbox problems. One took 31st place overall, the other 40th. In fact, Ford’s spotlight was stolen entirely by crosstown rivals General Motors: Not only did Corvettes finish first and second in the GTLM class, but a Chevrolet Corvette Daytona Prototype finished second overall, staying in striking distance of the lead well into the final hour. (Ganassi also entered two Ford EcoBoost Riley Daytona Prototypes; the best of those cars finished fifth, 11 laps behind the leader.)

Ford’s GT team will have major work to do to prepare for the next round, 12 Hours of Sebring, on March 18-19.

Complete results for the Rolex 24 can be found here.