The all-new 2022 Jeep Grand Wagoneer might be the newest (and most beautiful) three-row, body-on-frame, American luxury-machine but it isn't the only one. To see how Stellantis' new fancy SUV fares against the Cadillac Escalade and Lincoln Navigator, we pitted its specs against those from the aforementioned GM and Ford entries and, unfortunately for the Grand Wagoneer, there are no points awarded for being the best looking.

To make our comparison as apples-to-apples as possible, the Cadillac and Lincoln chosen for this exercise are the short-wheelbase versions, not the Escalade ESV or Navigator L. Also, engine-related facts and figures for the Escalade have been sourced from the V8 version.

Right off the bat, the new Grand Wagoneer starts at about $10,000 more than the other two. Some possible justifications? At 6.4 liters, it has the biggest engine. It makes the most horsepower (but, simultaneously, the least torque). Its 10,000-pound towing capacity means it can tow the most stuff. It can fit the most cargo behind the second and third-row (but, curiously, the least amount of cargo when you've got all the rear seats down).

The Cadillac, meanwhile, not-so-flatteringly stands out for making the least horsepower and having the least impressive towing capacity. It's also the only vehicle here without an eight-seat option. The Escalade does, however, boast the most all-backseats-down cargo volume at a furniture-swallowing 109.1 cubic feet, so there's that.

Lincoln's Navigator sets itself apart by being the only one not available with a V8, opting for a twin-turbo V6 instead. Characteristically, it lags a bit in the horsepower department but its torque is the best of this bunch, both in terms of peak amount and how early it becomes available, serving up 510 pound-feet at just 3,000 rpm. In terms of cargo volume, however, it suffers from having the least amount of space behind the second and third rows. 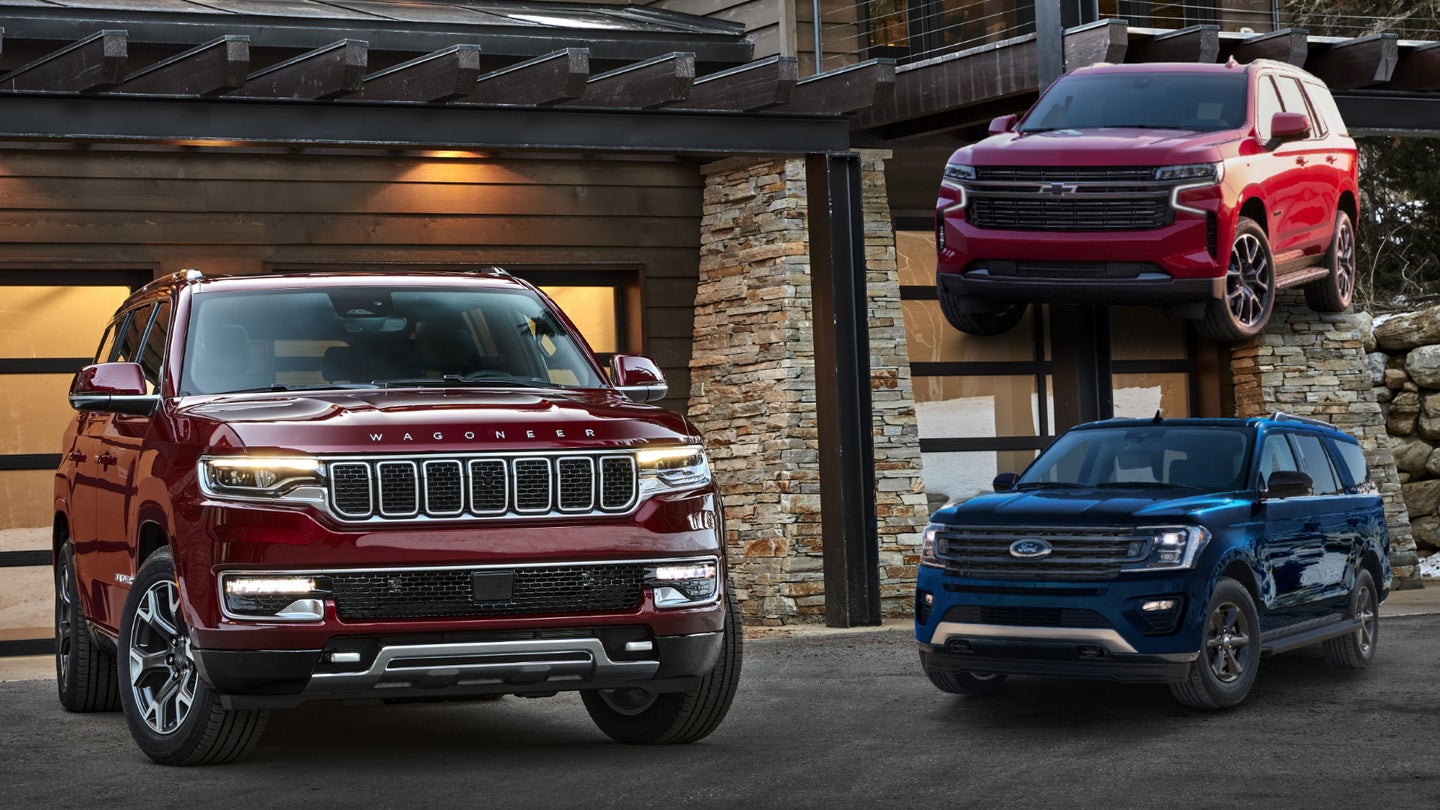 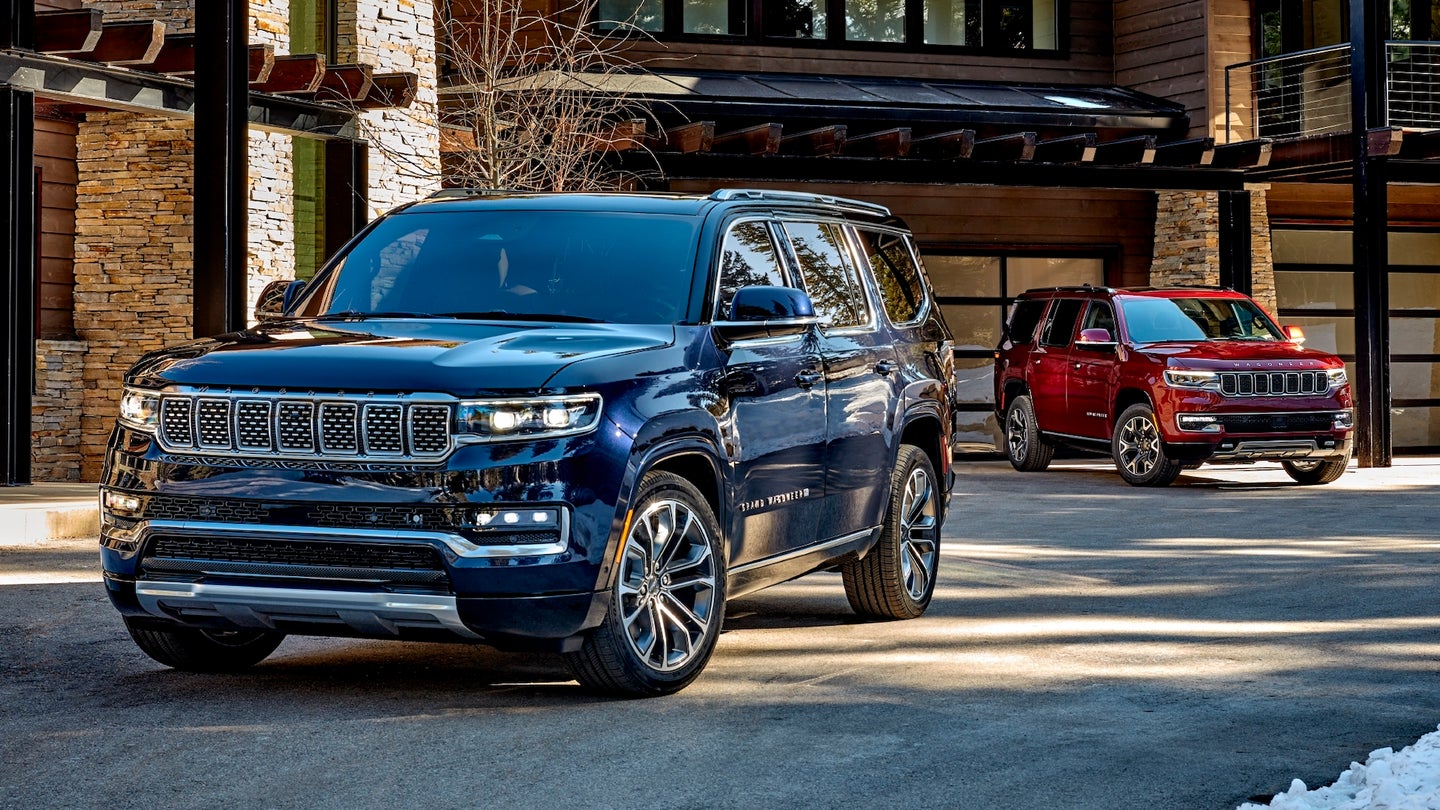 The new Wagoneers are so swank that only the best Jeep dealers get to sell them. 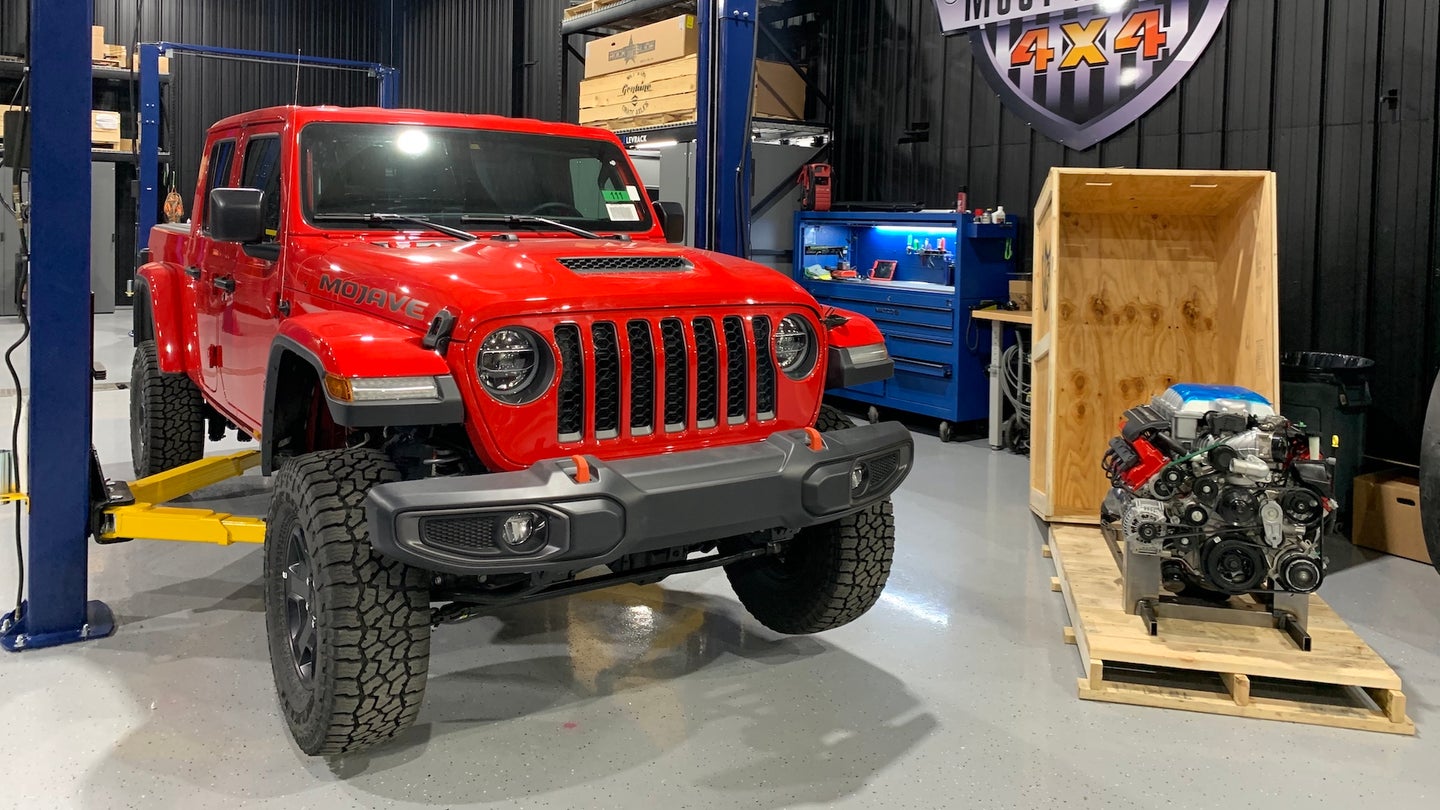 Tripling a truck’s torque without reinforcing every inch of the drivetrain is a recipe for metallic confetti.