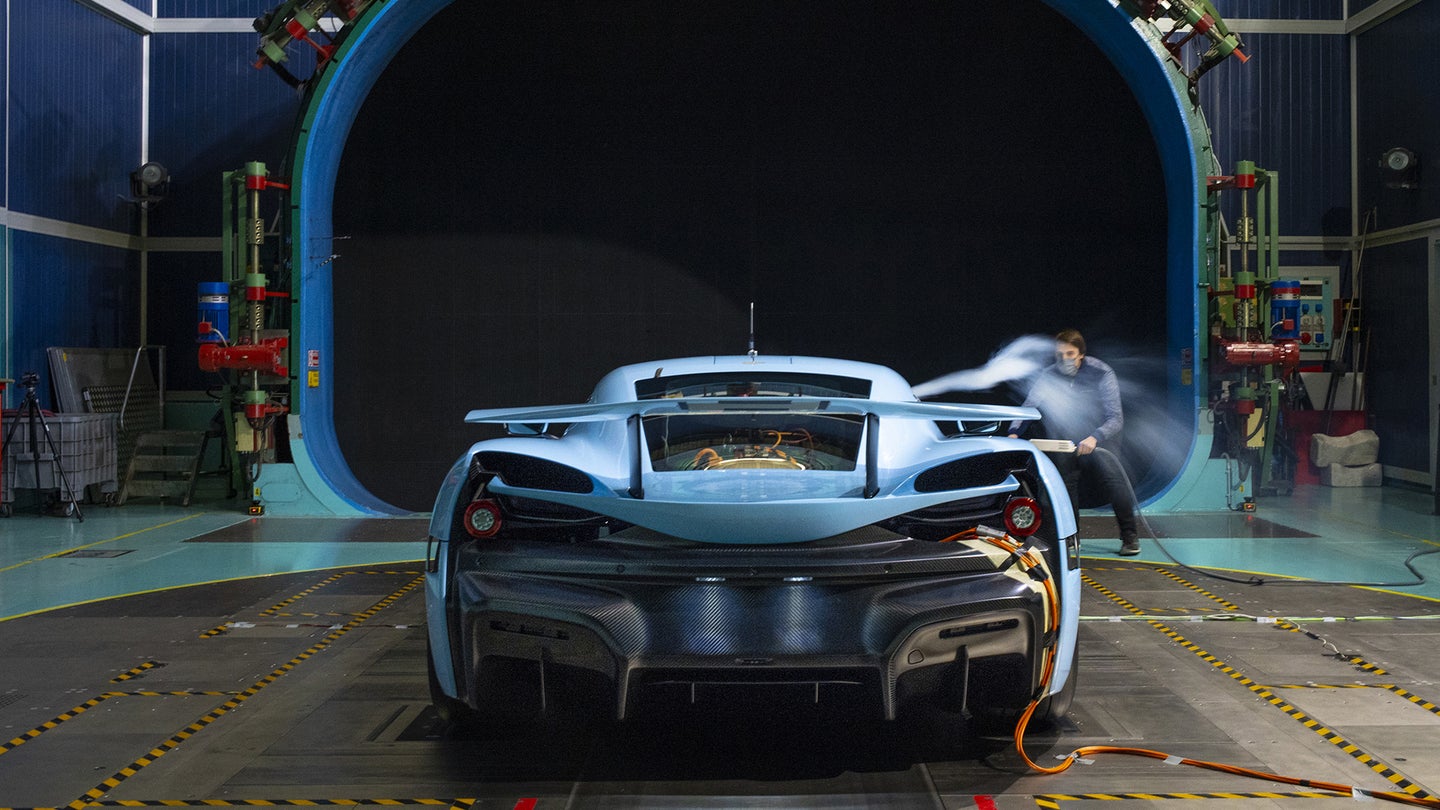 Last year reports started to emerge that Bugatti was going to be sold to Rimac, with the justification that the Volkswagen Group would gain a greater share of the Croatian supercar brand, as well as benefit from its expertise by turning over the brand in exchange for shares of Rimac. At the time, it had looked as though leadership change was on the way at Bugatti, with rumors of Stephen Winkelmann being replaced at the helm—and a clear direction from the overall group that Bugatti would be ditching their roaring engines to go electric.

Porsche is VW Group's way into gaining an advantage over Rimac, whose other automotive sector investors include Jaguar, Hyundai, Koenigsegg and Magna, and getting the tech that projects like the Battista can only borrow. If a sale of Bugatti could gain VW a controlling portion—as well as offload some of its assets—it could be in the particular interests of Porsche, who is rumored to be being listed by VW just days ago.

Which makes it interesting that the CEO of Porsche seems to be making a strong argument in favor of the sale. Reuters is reporting that Oliver Blume said "At the moment there are intense deliberations on how Bugatti can be developed in the best possible way. Rimac could play a role here because the brands are a good technological fit."

He went on to say that the decision—which is clearly under serious consideration—would be taken in the first six months of 2021. "There are various scenarios with different structures. I believe that the issue will be decided by the group in the first half of the year."

VW Group has been reorganizing its brands, including canning almost every one of its existing motorsport programs—Porsche remains the sole significant contender, in that respect—and announcing widespread, rapid electrification. Reuters also reported that Blume would be asked to find more than $12 billion in savings from Porsche by 2025, a near-doubling of previously predicted cost reductions by 2025.

It would be in Porsche's interests to acquire Rimac's highly adaptive supercar platform and expertise for the low, low price of Bugatti and keep its seat at the VW Group table, during what's been an extended and rocky period for the brands ever since 2015's Dieselgate emissions scandal.

See How Every Version of the 1,914-HP Rimac C_Two Evolved in the Wind Tunnel

Combining low drag with passenger safety at 258 mph is a tall order.

VW’s hypercar brand pushes for the crown in selective laser melting with the help of high-strength titanium.