A Canadian mining company stuffed this truck with more weapons than some fighter planes of the period. 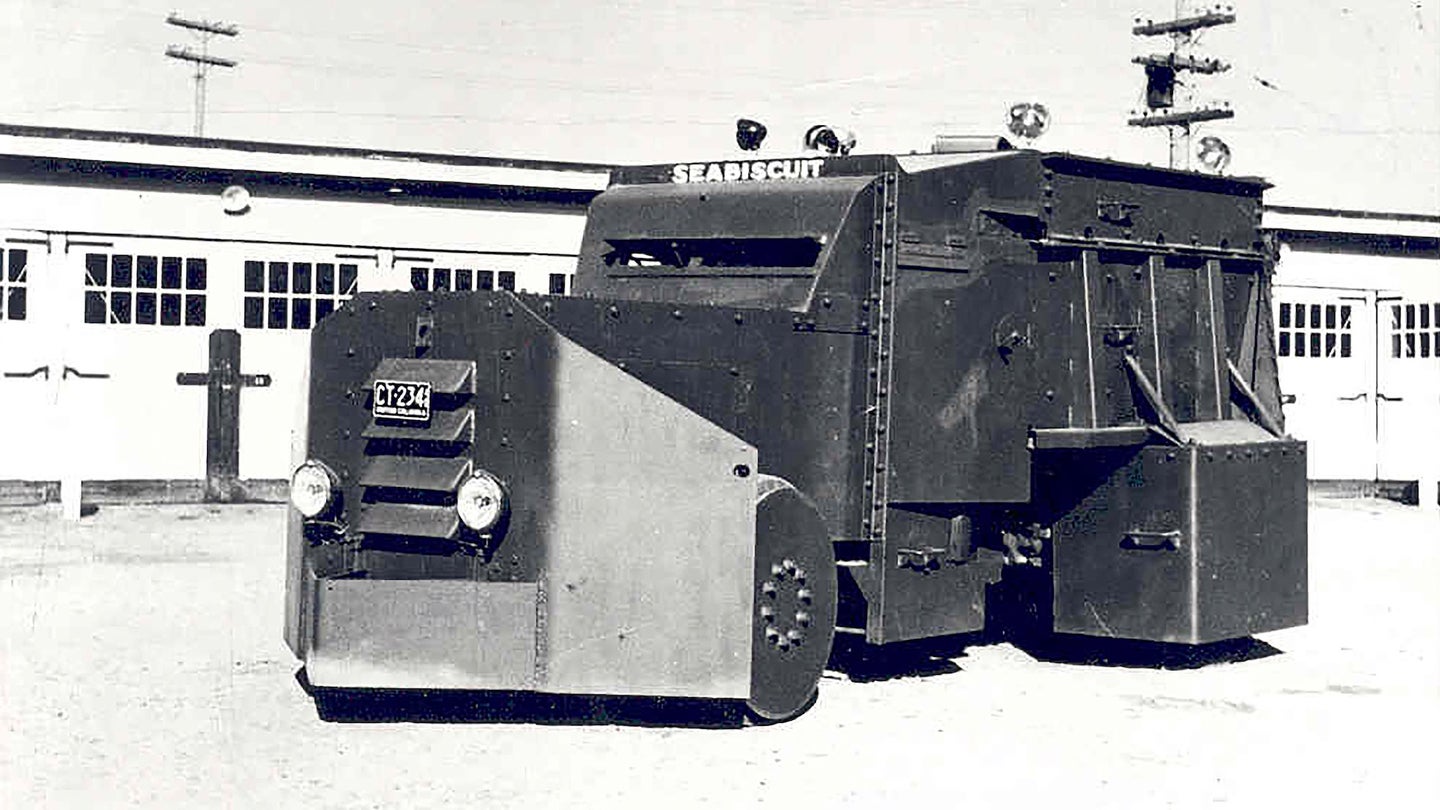 Seabiscuit, to most people, is the name of a famous racehorse, one christened for the rock-hard baked good. Tough stuff they both may have been, though, neither had anything on Seabiscuit the armored truck, a security vehicle Canada employed to protect its role in the United States' wartime nuclear weapons program, the Manhattan Project.

According to Canada's History, Seabiscuit was constructed in 1940 or earlier by Consolidated Mining and Smelting, or CM&S, which used it as security for its rural plant in Trail, British Columbia. This facility in 1942 was supposedly the only one in North America capable of producing deuterium oxide, or heavy water. This liquid was visually identical to water but 11 percent heavier, and with chemical properties that make it useful for enriching radioactive substances needed in nuclear weapons. Such was its importance that the Allies kept its manufacture highly secretive, classifying it under Project 9 in the case of the Trail, B.C. plant, and disrupting German production with a series of special operations.

To prevent covert Axis operators from doing to our heavy water what we did to theirs, Seabiscuit was armed more heavily than some fighter planes were at the outbreak of the war, carrying four machine guns and six rifles. Their calibers were not specified, nor was Seabiscuit's make, as historians understandably treated the plant it protected as more important. It's likely, though, that Seabiscuit was a Hayes; the company predated World War II and was based in Vancouver.

Heavy water produced under Seabiscuit's guard ultimately didn't contribute to the war effort, though, as Manhattan Project scientists settled on graphite as a neutron modulator for enriching plutonium and uranium. CM&S's plant reportedly kept producing heavy water until 1956, and though no information on Seabiscuit's fate has survived, it seems likely the truck stuck around through the war, if not to the very end. With the vanquishing of large-scale fascism from that era, it's not like there was much need for armored trucks elsewhere.