Cadillac’s chief engineer says that the new Blackwings offer manual transmissions precisely because no one else does anymore.

If your knee-jerk reaction to Cadillac's new 2022 CT4-V and CT5-V Blackwing performance cars was "but no one will buy the manual," think again. Cadillac Chief Engineer Tony Roma recently went onto the Autoline After Hours podcast to chat about the new Blackwings, and noted that the marque specifically offered a manual transmission because the Blackwings' competitors keep discontinuing theirs. So far, that strategy of swooping in to #SaveTheManuals is working better than you might expect to the tune of roughly a quarter of their previous V-cars' sales.

"Part of why we're [offering the manual transmission] is because other people are not doing it anymore," Roma told Autoline After Hours. "We want to build the cars we want to drive—the cars that resonate with enthusiasts."

Enthusiasts are the target market for the Blackwing cars, as Cadillac repositioned its standard V-cars to appeal to a wider audience. Roma explains that "Blackwing" now designates the pinnacle of what Cadillac can do as a track-ready performance marque, and that the same people who love a good, fast car also prefer three pedals more often than the general public.

Yet there are simply fewer options now if you want a manual transmission on a sports sedan. Automakers tout the faster shifts and greater efficiency of their automatic gearboxes while forgetting that fun and engagement are what matter more to manual fans. If I had $5 for every time I've screamed "a track day is not a race and I don't need to squeeze every last tenth of a second out of a shift" into the void, I'd probably have the entire $84,990 base price of a CT5-V Blackwing. Cadillac's engineers actually understand that and notably, still want stick-shift enthusiasts' business.

"Even though they're not faster these days... There's a very visceral connection with the car with a manual trans and [with] being that much more involved in the process of driving, and I think that fits the purpose of [what] these cars are," Roma told Autoline After Hours.

Being able to understand the kinds of people who would be interested in a high-horsepower luxury car has attracted a sizable contingent of manual fans. According to Roma, roughly a quarter of all V-series cars that were offered with a manual in the past were sold with a manual transmission. As such, Cadillac expects to have a 25-35% take rate for the manual transmission on the CT4-V Blackwing and CT5-V Blackwing.

Lest we think the "brown manual rear-wheel-drive wagon" stereotype of Internet enthusiasts never pans out into sales, Roma tossed out this fun stat on the second-gen CTS-V:

"I use this statistic and people are surprised. On the second gen V-series where we had a coupe, a sedan and a wagon, the wagon was the highest take-rate for a manual transmission, which is not necessarily intuitive until you think of who buys the wagon and they're kind of the most hardcore."

While the new 2022 Blackwing duo doesn't include a wagon, these still feel like the last of a breed of powerful rear-wheel-drive stick-shift American sedans—especially so with the V8-powered CT5-V Blackwing. The six-speed manual transmission even comes standard on both Blackwings, with the 10-speed automatic transmission being listed as the option. Even Roma isn't sure how much longer that will be possible, though.

"The days of the manual transmission are limited, and I don't have any news on where it will go," Roma admits to Autoline After Hours. "I'm just excited that we were able to do it in the Blackwings this time around."

Roma admits that a manual-transmission, high-performance Blackwing has a limited audience, noting that some parts specific to the manual transmission cars were 3D-printed due to it being a low-volume car. One of those parts, the shift knob, is something near and dear to me as an occasionally-blistered Texan: it's actually designed to dissipate heat so it doesn't roast your hands on hot days. Cadillac plans on incorporating 3D-printed parts into more of its low-volume cars in the future.

The entire episode is worth a full listen here if you'd like a solid geek-out over recent Cadillac history and all things Blackwing, so go check it out. 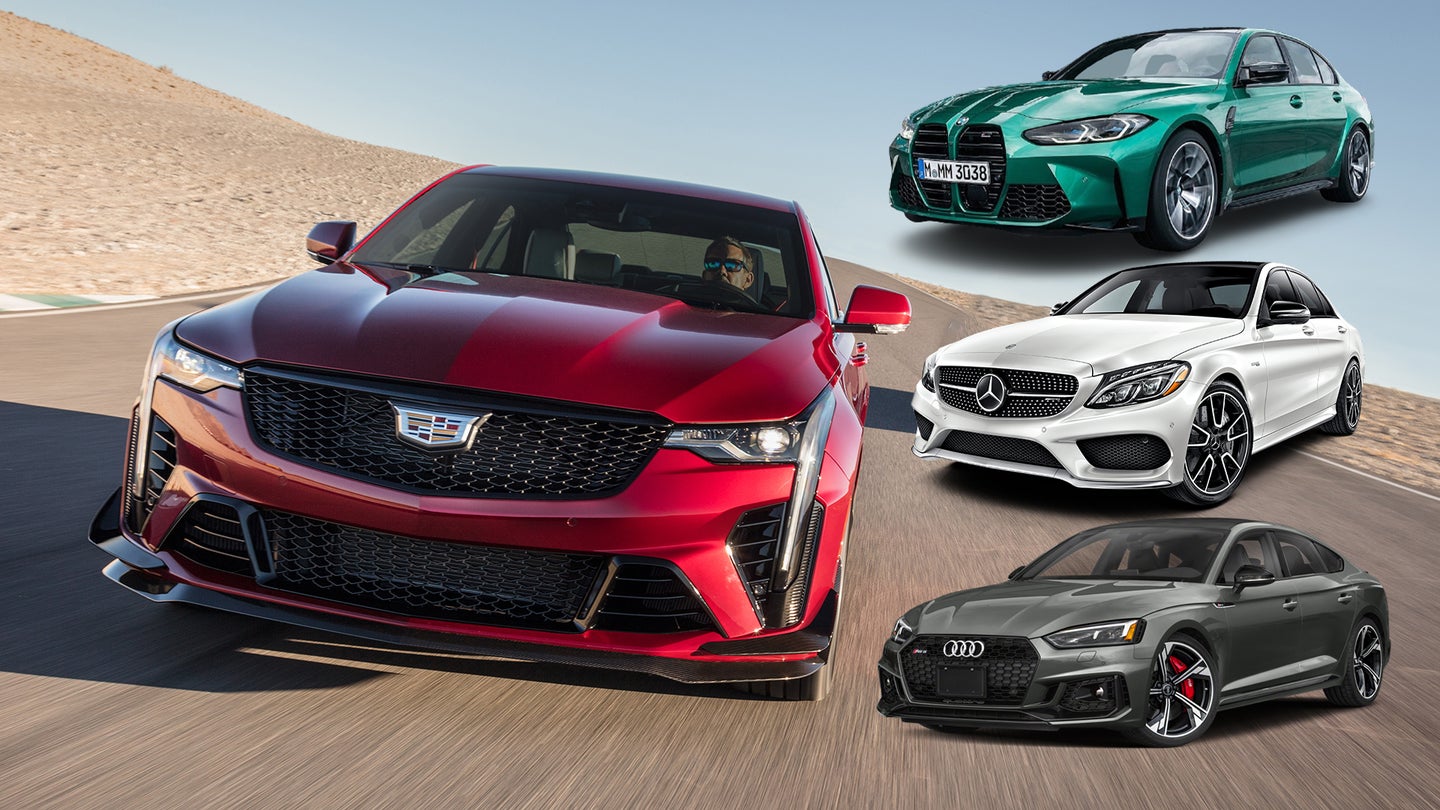 Before it goes completely electric, Cadillac’s giving super sedans one last shot. Let’s see how its baby Blackwing stacks up against the Germans. 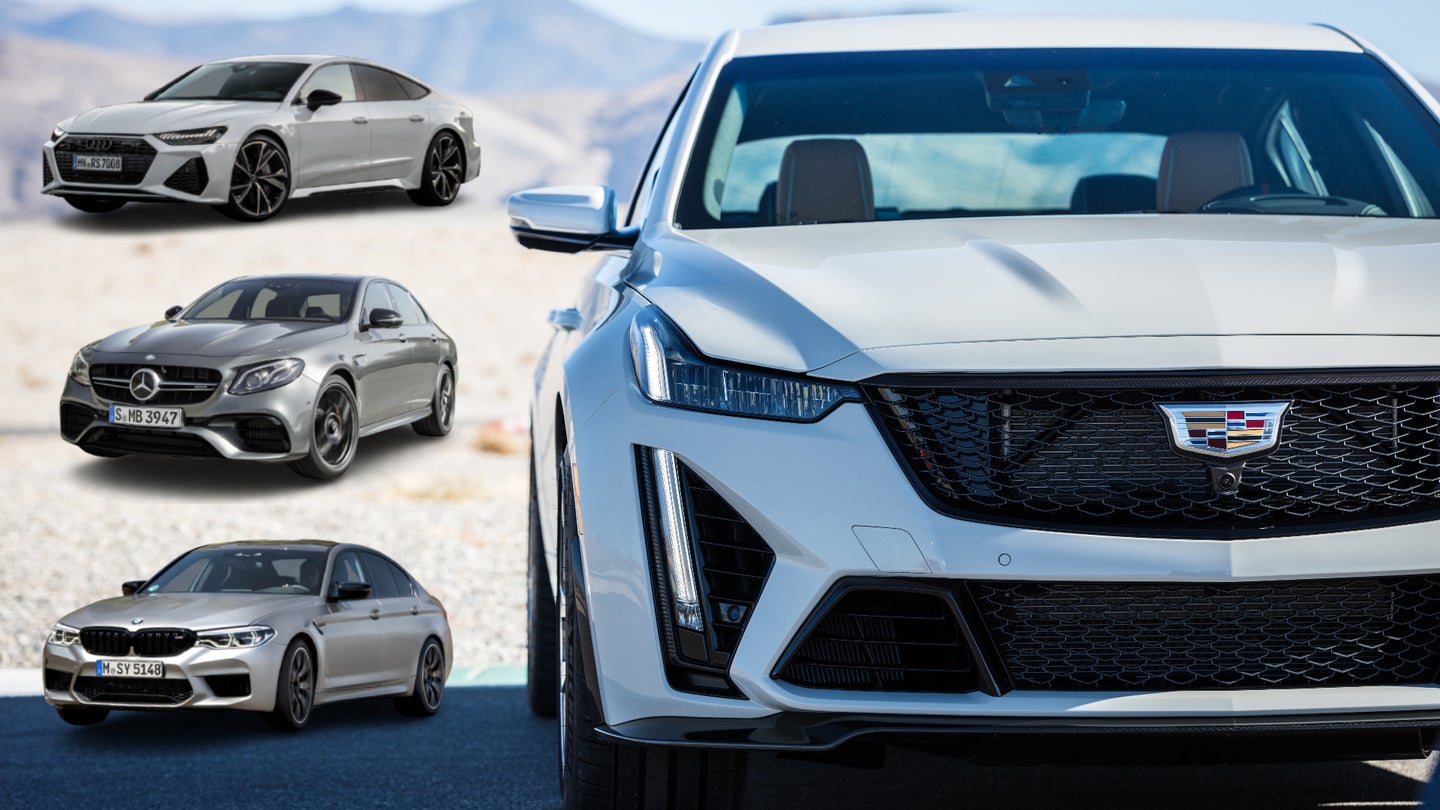 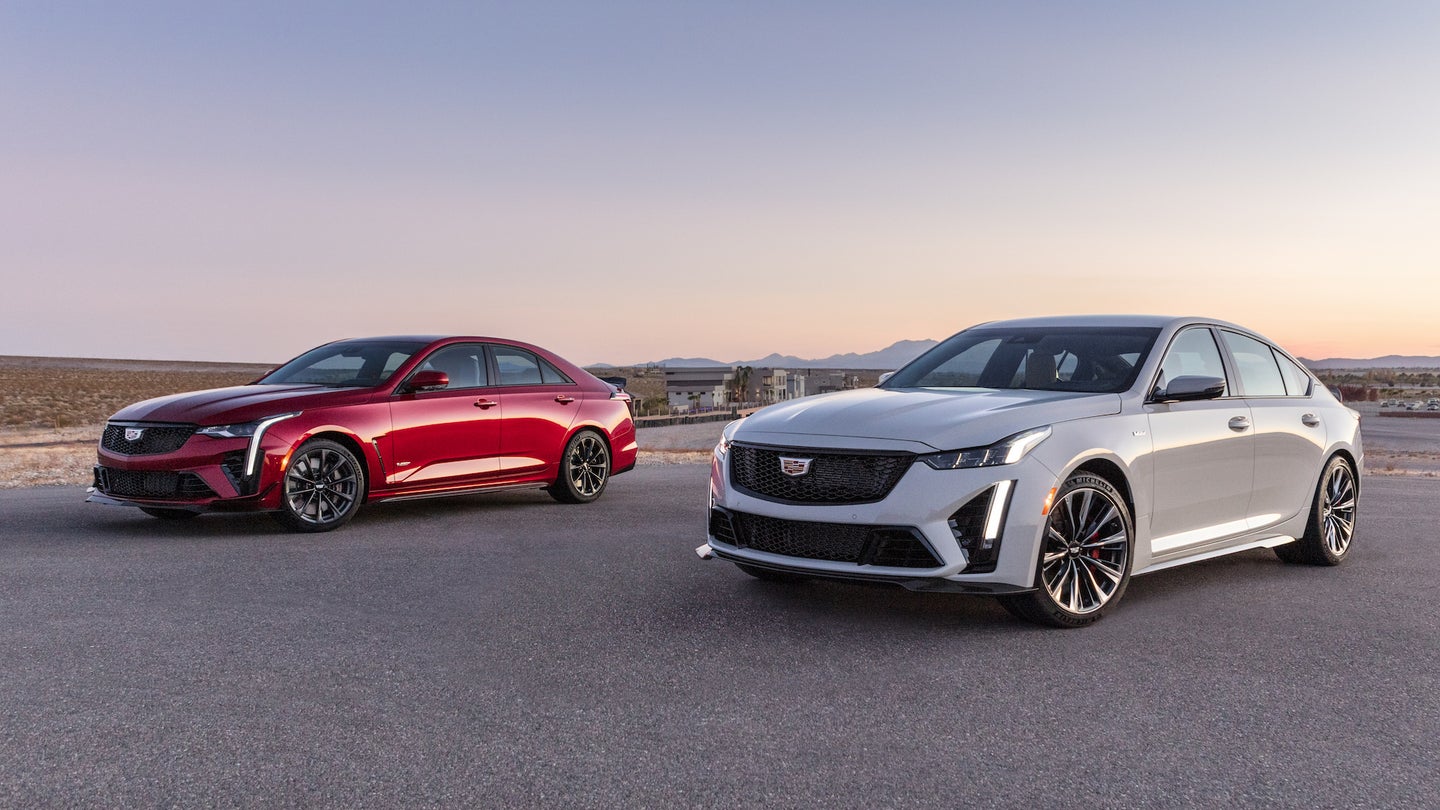