Until next time, good friend. 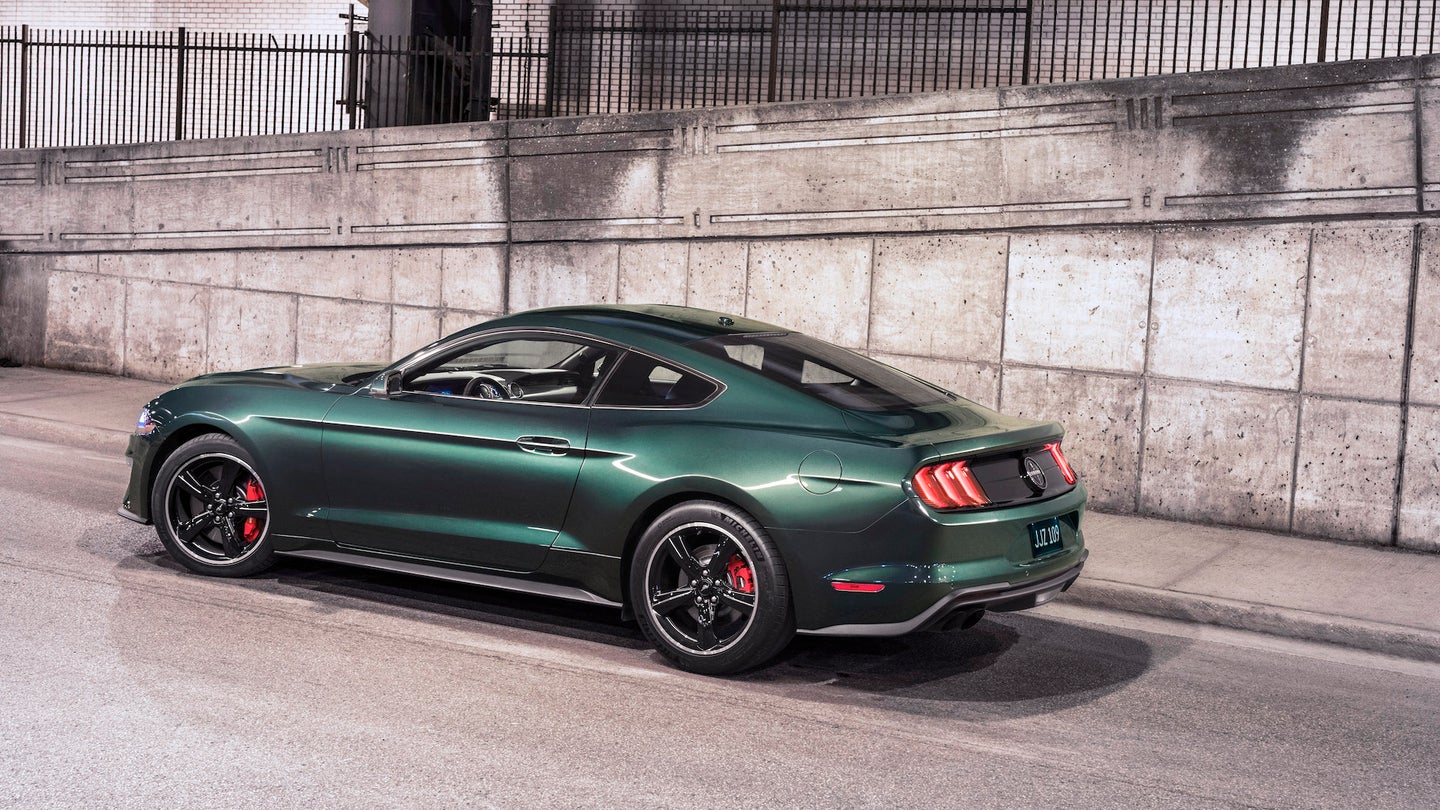 The collective nightmare that was 2020 might have been over with for more than a month now, but it apparently forgot to tell us about one last thing it took from us: the Ford Mustang Bullitt. Ford recently confirmed to Ford Authority that the final example of the current-generation Bullitt had already been built in Flat Rock, Michigan late last year, which is cause for mourning because if you ask us, the Bullitt Mustang just might have been the best Mustang of them all.

Mimicking the 'Stang famously driven by Steve McQueen in the movie from which it gets its name, the Mustang Bullitt rocked Highland Green paint, black wheels, deleted badges, a black honeycomb grille surrounded by chrome, a throwback white shift knob, and green stitching. But its green paint and Hollywood connection aren't really what made the modern-day Mustang Bullitt great.

Essentially a Mustang GT Premium with the Level 1 Performance Pack, the Bullitt's 5.0-liter Coyote V8 made 480 horsepower—20 more than standard—and was hooked up exclusively to a six-speed manual transmission. It also came with Brembo brakes, a Torsen LSD, more aggressive suspension, a strut-tower brace, a glorious-sounding, retuned active exhaust system, and revised steering. Priced $10,000 less than a Shelby GT350, it was kind of the sweet spot of the Mustang range and we're sad to see it go.

That said, it isn't all bad news for those who liked what the Bullitt had to offer because the special-edition Ford sort of lives on in the upcoming Mach 1. Due to hit dealerships this spring, the Mach 1 Mustang is based directly on the Bullitt but adds rev-matching for the manual trans, the option of a 10-speed automatic, and even more track-focused enhancements like Shelby-derived heat exchangers and aero pieces.

Given the Mustang Bullitt's success, however, it's unlikely this is truly the last time we see the nameplate and accompanying dark green paint grace a Ford muscle car. We wouldn't be surprised in the slightest if the next-generation Mustang (reportedly due out next year) eventually gains a Steve McQueen-honoring variant of its own.

Until then, though...Bullitt Mach-E, anyone?

It’s now the most expensive Mustang ever sold.