In True Tesla Fashion, The Hot Wheels Cybertruck Has Been Delayed

Cross this one off your list because Santa isn't bringing it. 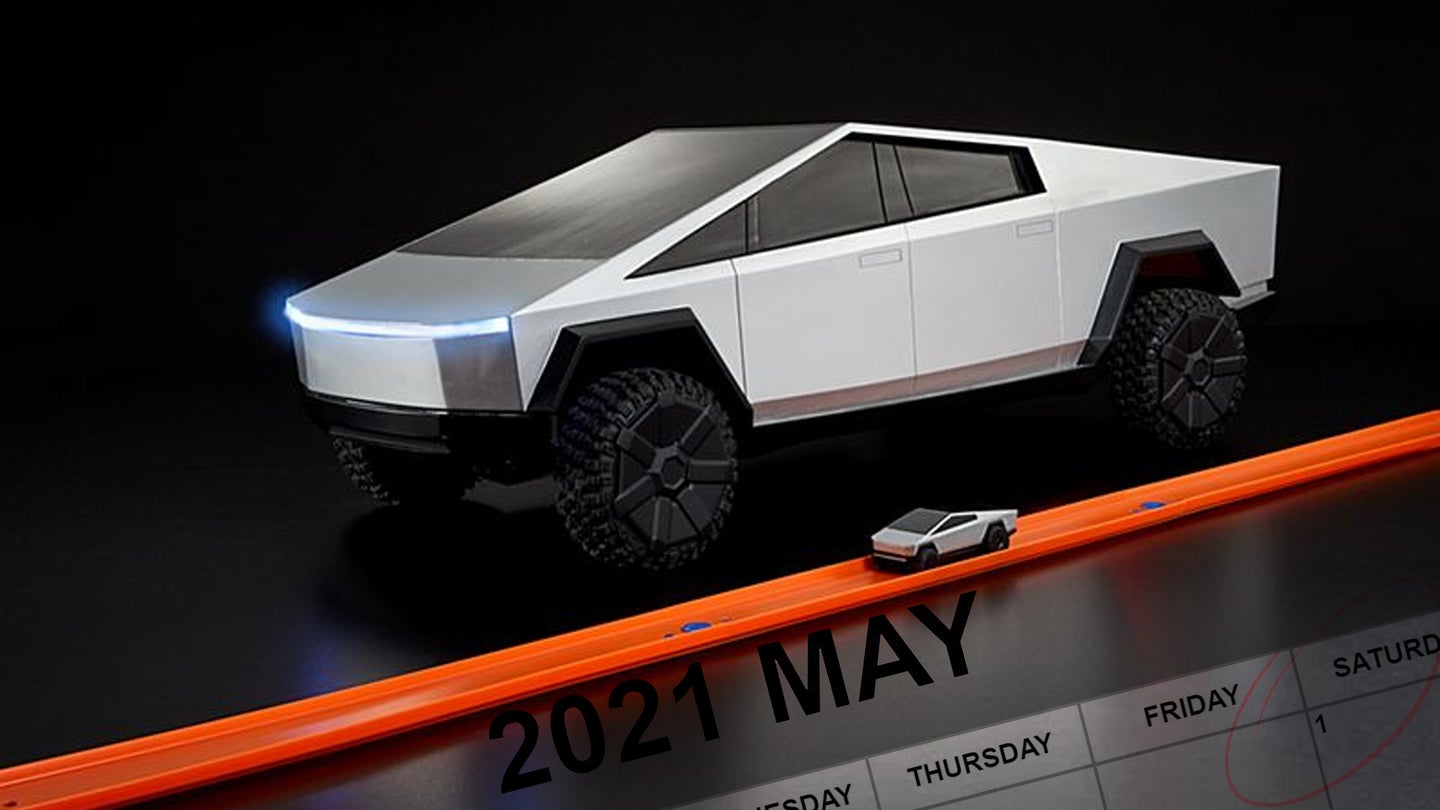 It pains me to say, but I've got some bad news—the Tesla Cybertruck has been delayed. I'm not talking about the "real" one; I'm talking about the radio-controlled Hot Wheels version being built for Cybertruck enthusiasts young and old. It turns out that veteran toymaker Mattel has pulled a Tesla of its own, delaying the release of its long-awaited model by about five months.

Tesla has had its own number of delays in the past. That includes products like its $35,000 Model 3 and Semi truck, or the 16-minute wait to start the Model Y reveal stream last year. It doesn't stop there, though, because there's also that cross-country drive completely on Autopilot that was to take place in 2017. Wait, I mean 2018. Actually no, 2019—or maybe it might still happen later this year with the million robotaxis that are supposed to launch in less than 10 days. My point is that Mattel's little slice of Tesla is more realistic than I could have ever imagined.

The Cybertruck RC variant was announced back in February, offering buyers the option for either 1:64 or 1:10 scale with shipping estimated to begin this month. However, the new email states that delivery estimates have been pushed back until May 1, 2021—and because the order was delayed more than 30 days, Hot Wheels needed to confirm with customers that they actually still want the Cybertruck. That means if you bought one and still want it, you'll have to confirm the delivery details via the email from Mattel or risk losing your toy Cybertruck reservation. And that isn't just a single link you click—you have to write an entire email to Mattel.

Interestingly, those who ordered the 1:10 scale truck were notified that the battery configuration has changed due to "production challenges related to COVID-19," per a thread on Reddit. The original battery was supposed to have a 1:1 charge-to-run time (meaning 30 minutes of charge yields 30 minutes of fun), but that has changed. The new battery has a different chemistry makeup too and offers 10 percent less capacity, plus a 2:1 charge-to-run time (an hour of charge yields 30 minutes of play).

Perhaps Hot Wheels just had its manufacturing schedule set on Elon Musk Time™, or maybe it's just a homage to Tesla's coming soon philosophy that we've heard so much about. Either way, you'll have to wait a little bit longer to get your miniature rendition of Tesla's hotly anticipated pickup. Three months maybe, six months definitely.