Finally Tesla Tequila Is Here In a Shockingly Cool Bottle

We’re not sure if it’s a bargain for being under $420 a bottle or expensive for being over $69. 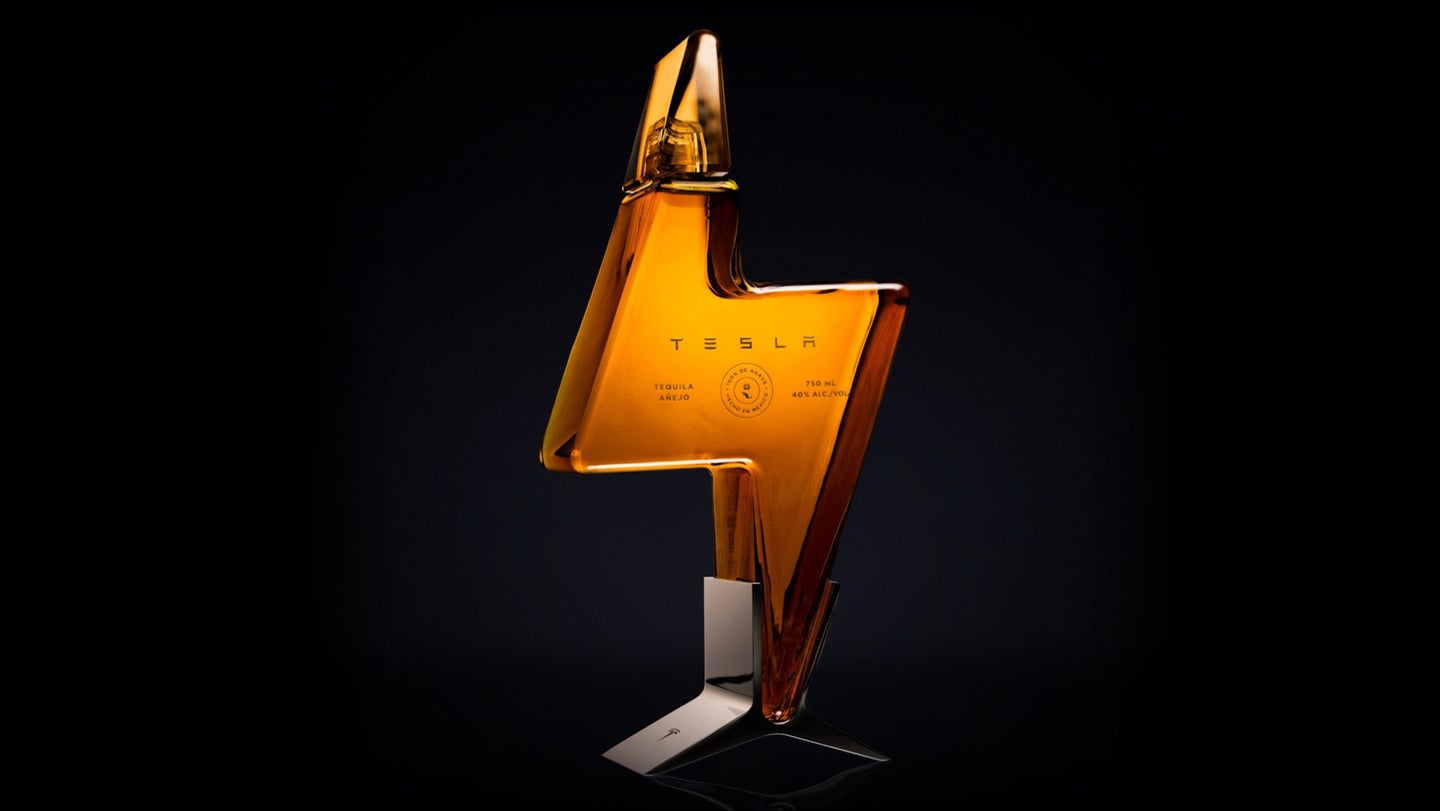 Finally, the liquor born from an Elon Musk tweet is here—right at the perfect time, if all those "liquor store near me" searches are any indication. Tesla unveiled its new Tesla Tequila today, a small-batch tequila in one of the coolest booze bottles I've seen in a long time.

Musk made an April Fool's joke in 2018 about going bankrupt and passing out surrounded by "Teslaquilla" empties. Fans ran with it so much that Musk registered the "Teslaquila" name by October, leading to backlash from Mexico's Tequila Regulatory Council, who pointed out that the name "tequila" is tightly regulated and tied to alcohol made from agaves in five specific Mexican states.

It appears as though Musk made peace with tequila's regulatory body, as the Tesla Tequila unveiled today is produced by Nosotros Tequila. Nosotros specializes in using blends of highland and lowland agaves from Jalisco, which is part of Mexico's designated tequila region.

As such, the Tesla Tequila is a 100% de agave highland/lowland blend. It's a tequila añejo made for sipping that's been aged for 15 months in French oak barrels. According to the description, it "features a dry fruit and light vanilla nose with a balanced cinnamon pepper finish." At 40% alcohol, it'll also get you drunk, so please don't use it in combination with Tesla's flagship product, the car or another Musk venture's best accessory, the Boring Company Not-A-Flamethrower.

It looks a lot cooler than the original "Teslaquila" mock-up Musk posted in 2018, too. Each 750 mL Tesla Tequila bottle is hand-blown into a lightning bolt shape.

The cost? We're as surprised as you are it's not another joke price like $420.69. That rad bottle ain't cheap, though, as each one costs $250. You can order it here, although it's only available to ship to certain U.S. states.

…and of course they posted the evidence on TikTok.