The injured passenger’s long road to recovery could be much better with their dog by their side. Let’s help them find it. 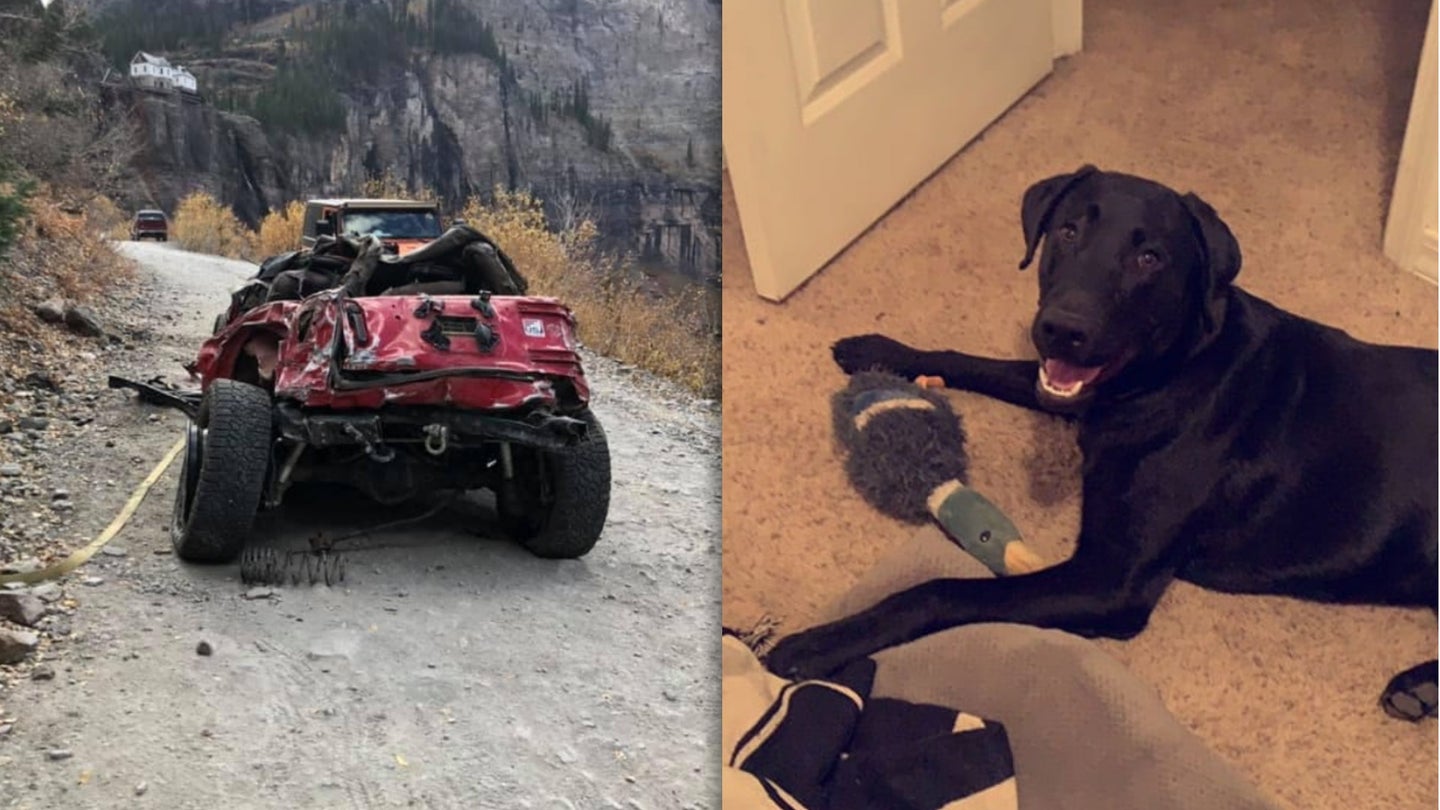 Last weekend, a woman was reportedly seriously injured when the Jeep Wrangler she was in slid off a trail on Black Bear Pass outside Telluride, Colorado. We covered that story yesterday, but now a few more details have emerged. After the Jeep in question fell for what is reported to be nearly 1,200 feet, the 23-year-old female passenger was ejected from the car along with her two dogs. We've now learned that she's sustained serious injuries and that one dog is still missing.

UPDATE: On Tuesday morning, we were contacted by the Jeep's owner. He tells us that Decker, the missing dog, has been located safe and sound. However, he tells The Drive that the 23-year-old woman ejected from the vehicle has severe spinal injuries, and has a very long road to recovery. He says that if you could like to help, you can donate to help cover her medical bills here.

The Drive learned that she is now receiving the intensive medical care necessary, but unfortunately, a black labrador named Decker is still missing. We need your help reuniting Decker with his family.

The Jeep's owner, Rich Faller, said on Facebook that Decker was picked up by another family on the trail, but they don't know who those people are or where they live. The crash occurred around Bridal Veil Falls on Black Bear Pass outside Telluride on Oct. 10. Decker is a 10-month-old black lab.

Below are some pictures of Decker for reference:

Any information about Decker's whereabouts should be sent to either the San Miguel County Sherrif's Office Dispatch at 970-728-1911, to Faller on social media, or to Karin Miller Rhodes.

The injured driver's road to recovery is long, but we all know how much having a loyal friend by our side can help in any situation. Please contact the people above if you have any information pertaining to Decker's location. You would be helping out a great deal.

Tuner Pushes the Legendary Jeep 4.0-Liter Straight Six All the Way to 861 HP

No better way to quadruple a two-valve Jeep engine’s horsepower like 20 pounds of boost and water-meth injection.