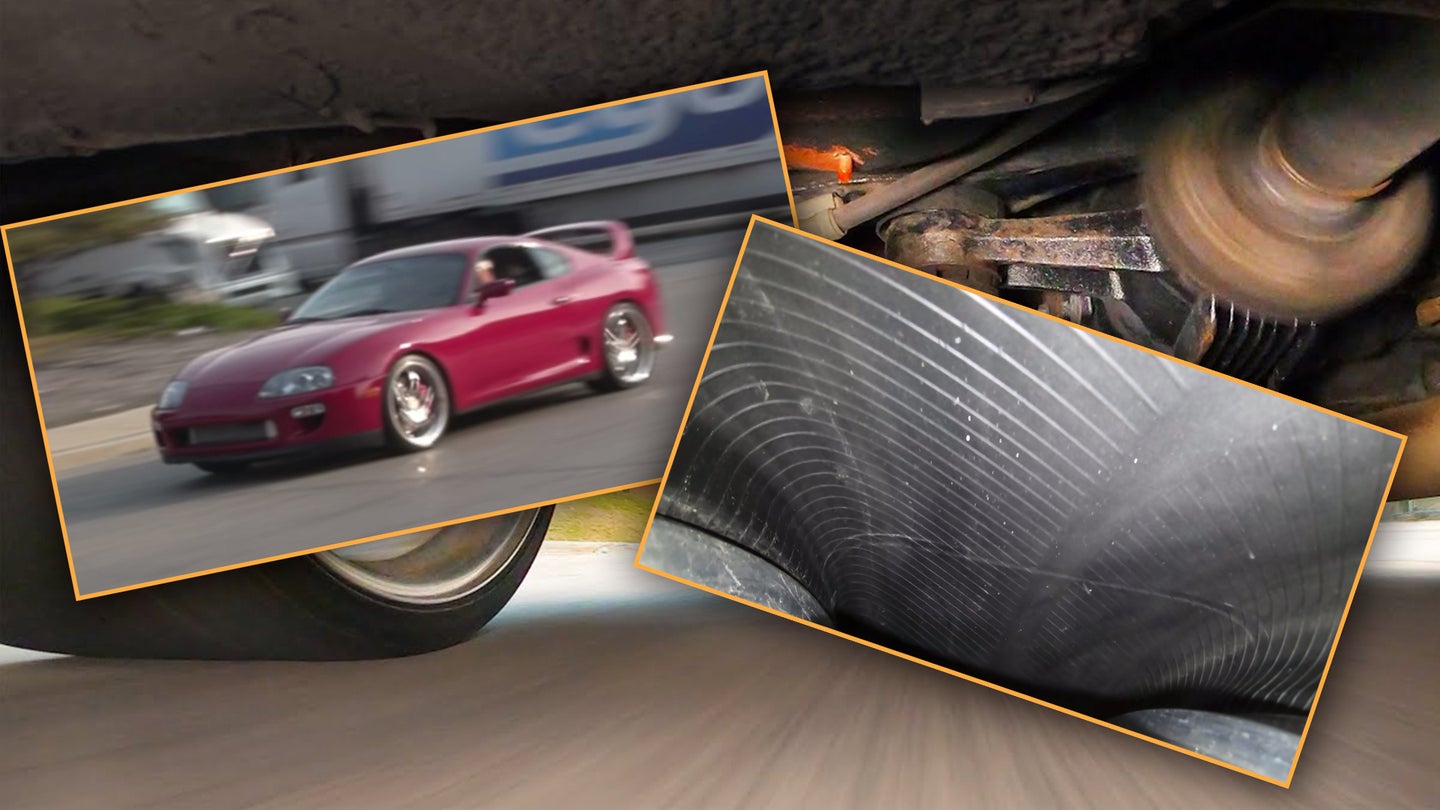 Due to the limitations of the human body, we've traditionally observed cars near their limits from only two vantage points: Inside the cabin, and by the roadside. But now that we have compact cameras that can capture footage in high resolution, and YouTubers with novel ideas for how to use them, we can ogle at how cars function from new perspectives, such as inside the intake manifold. And the YouTuber who filmed that manifold video, Warped Perception, has stowed his GoPro in a new place—inside a Toyota Supra's tire during a drift.

To film the tire's insides, host Matt Mikka dismounted the tire from his Supra's wheel and slapped on a sticky mount for a GoPro Hero 9, which he reinforced with a couple passes of what looks like Gorilla Tape. From there, filming was as straightforward as remounting the tire, torquing the lugs and hitting the skids.

Though interesting to see the tire vibrate like mad beyond the limits of adhesion, that it does so should come as no surprise; tire squeal itself is nothing more than a tire finding and again breaking traction at high frequency, causing said vibration. Much more interesting is the sound of the squealing from inside the tire, which sounds like a scene from Evangelion.

Most commenters, however, seem more enthralled by footage of the Supra's rear end, captured in tandem with the tire video. It shows the Supra's suspension at work, but more notably, how much the rear subframe wiggles around under load. It puts into perspective the value of suspension bushings that aren't worn out, and explains why polyurethane is all the rage for both budget race cars and cars that wish they were.

The Supra-drifting racers at Papadakis Racing know you’re bored, and they have your back.

Watch a 75,000-Pound Dump Truck Drift at a Worksite Like No One’s Business

OSHA wants to know your location.