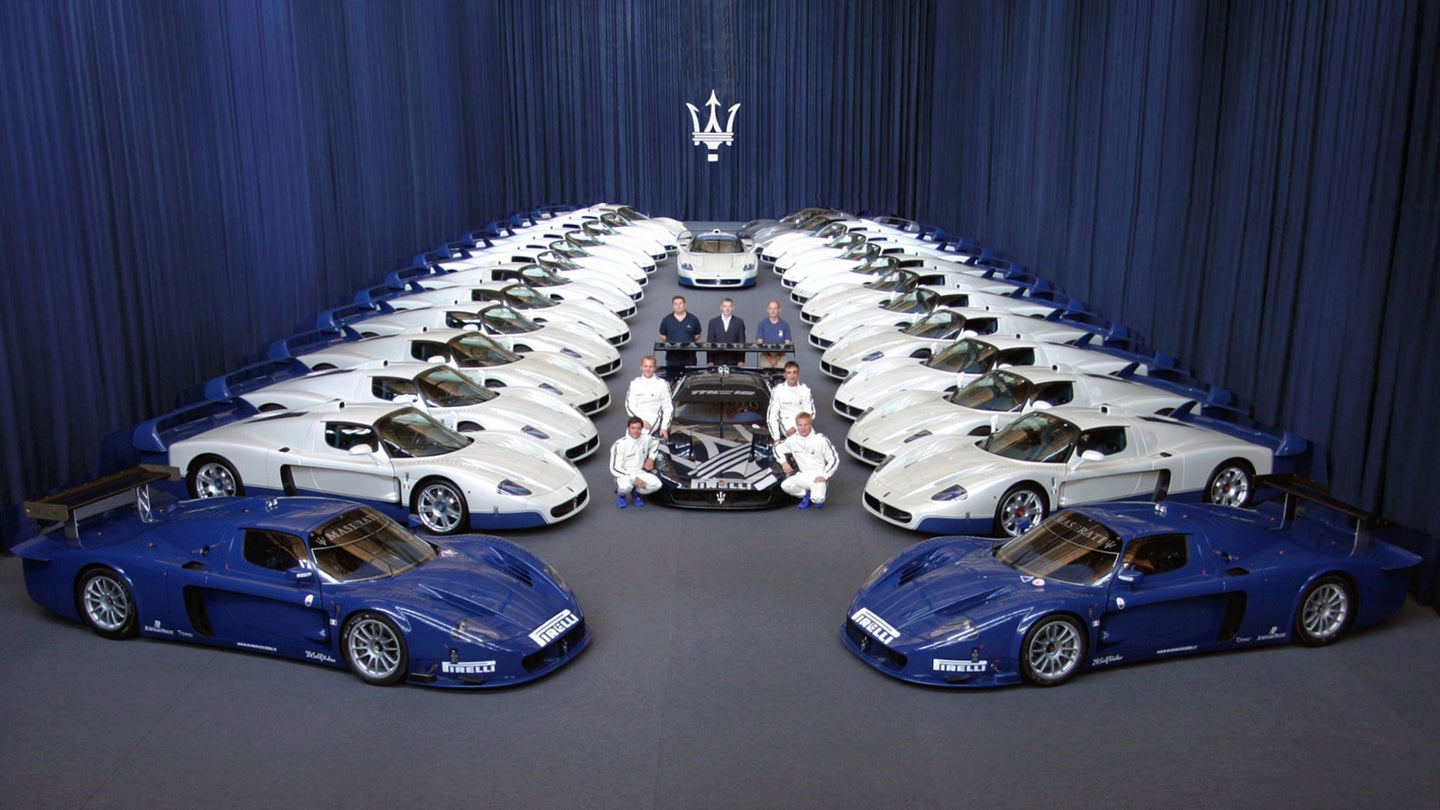 Maserati supercars don't come around very often. In the past, the automaker was turning them out when it was either bankrupt, close to bankrupt, or under the same umbrella as fellow Italian performance icon Ferrari, which tends to get more of the spotlight in that regard. But today, Maserati will reveal its first supercar since 2004 in the form of the MC20: a mid-engine, carbon-fiber halo car powered by the brand's new twin-turbo V6, a 621-horsepower 3.0-liter dry-sump gem revving to 8,000 rpm. In light of this occasion, it's worth looking back at the last time Maserati went all-in with the now-legendary MC12.

To understand that iconic supercar based on the Ferrari Enzo, it helps to go back even earlier to 2003, when the Trident team got the green light to develop its Corse Competizione project based on Maranello's most advanced F1-derived hardware. Back then, chief test driver Andrea Bertolini and his crew had nothing but GT racing dominance on their minds. Even if achieving that meant being cheeky with their road cars.

The plan was fairly simple. Take the Ferrari Enzo and its cutting-edge stress-bearing monocoque, powerful and rev-happy naturally-aspirated V12, F1-style gearbox and suspension, and then make it faster, more aerodynamic and durable enough for endurance racing. Then tone down some of that ever so slightly, so the car can be sold in the mandatory numbers with plates attached. For the road, 630 horsepower with less drag was more than sufficient, while having dry-sump lubrication as standard meant the cars could take corners at maximum velocities all day long.

The MC12's shape was dictated by a combination of the wind tunnel, Frank Stephenson's pen at Pininfarina, and the limitations set by the Ferrari Enzo's chassis, including the Tipo F140 engine, a six-speed automated manual transmission, and a pretty much race-ready push-rod style suspension. Using a carbon fiber and Nomex honeycomb sandwich construction with two aluminum subframes, this monocoque was rumored to weigh just 154 pounds, with Maserati going for a targa roof F50-style instead of the Enzo's bolted and bonded one.

For GT racing, the MC12 also had to grow 6.2-inches in wheelbase while keeping the Enzo's track, gaining a long tail for maximum aerodynamic efficiency. On the road car, this package was aided by a 6.5-foot rear wing. To get rid of hot air, Stephenson added more vent slots to the front than holes in a good chunk of Swiss cheese, all of which led to the MC12 Stradale being considerably quicker than the Ferrari it was based on. And while the same could be said about James Glickenhaus' one-off P4/5 by Pininfarina, the main achievement for Maserati was how others just couldn't get ahead of the MC12 GT1's full-width rear wing. That was the whole point of the exercise.

Looking back, the only regret Stephenson says he has over what's probably his favorite creation is that they couldn't change the shape of the Enzo monocoque's A-pillars. That's the parts bin for you. 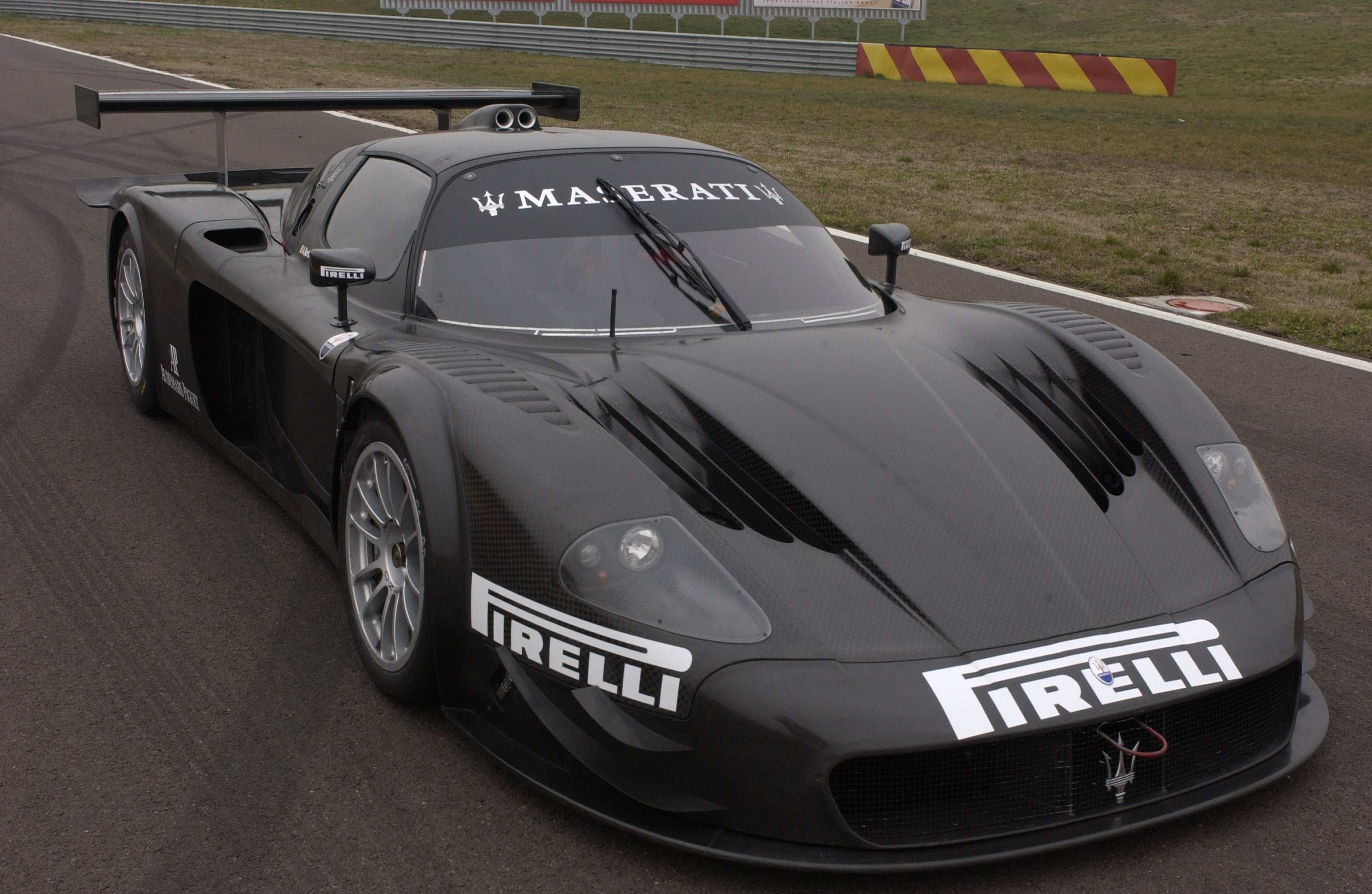 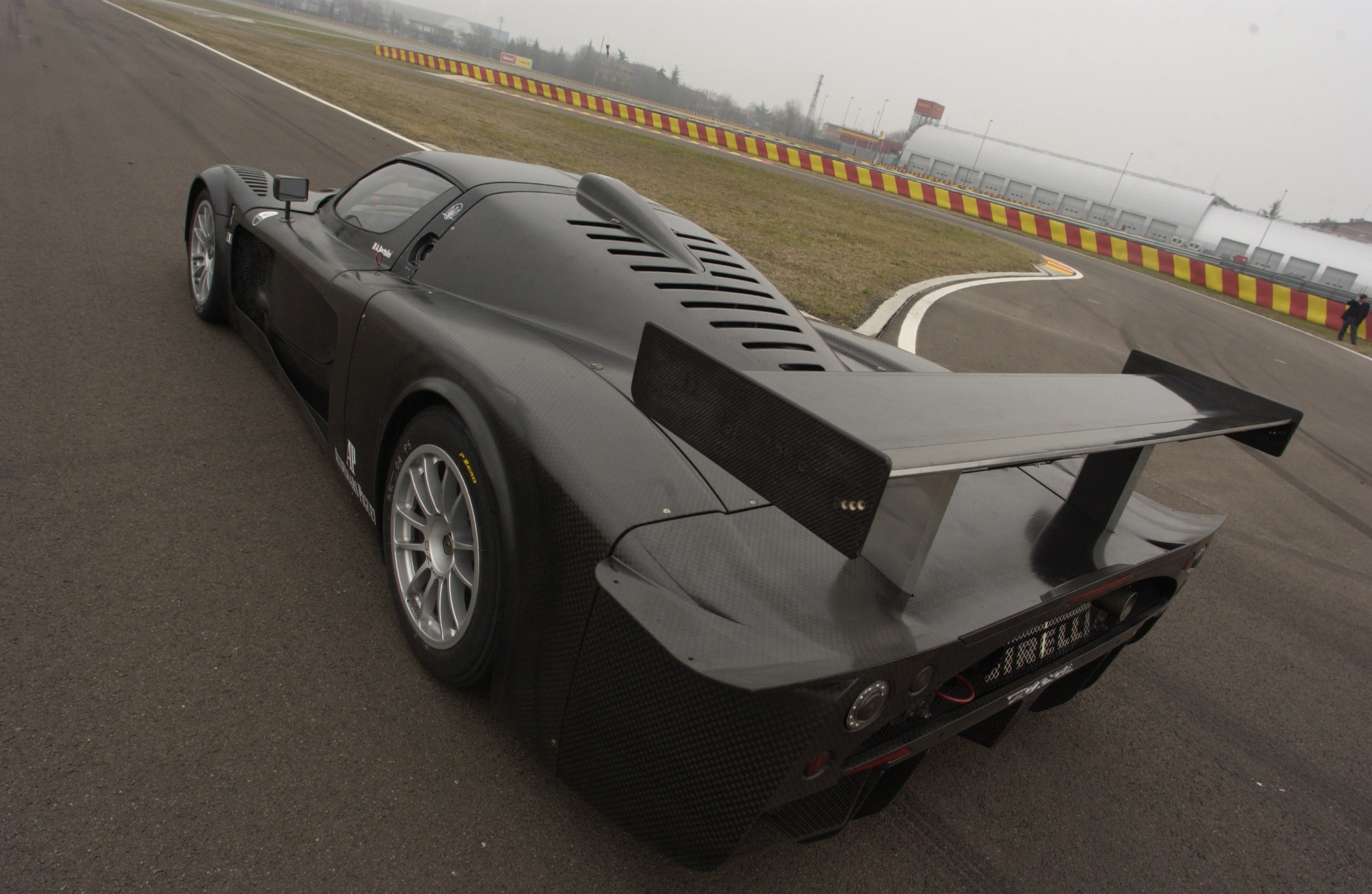 Like many great cars, the MC12 was on civilian roads primarily so it could go racing, meaning a certain number of road cars had to be built to satisfy homologation requirements. While the FIA called for entrees based on existing road models, Maserati argued that by planning to build 50 MC12 Stradale road cars, it covered its obligations for the 10 MC12 GT1s campaigned first by the factory-backed AF Corse squad in 2004, and then by six more teams, including Doran Racing in America.

Maserati's race cars were indeed based on the road-going Ferrari Enzo's chassis, but with no MC12 Stradale road cars produced up until the MC12 GT1's debut at Imola in late 2004, the governing body refused to homologate Maserati's entries for its first three races, only counting its points from the final round held in November in China. 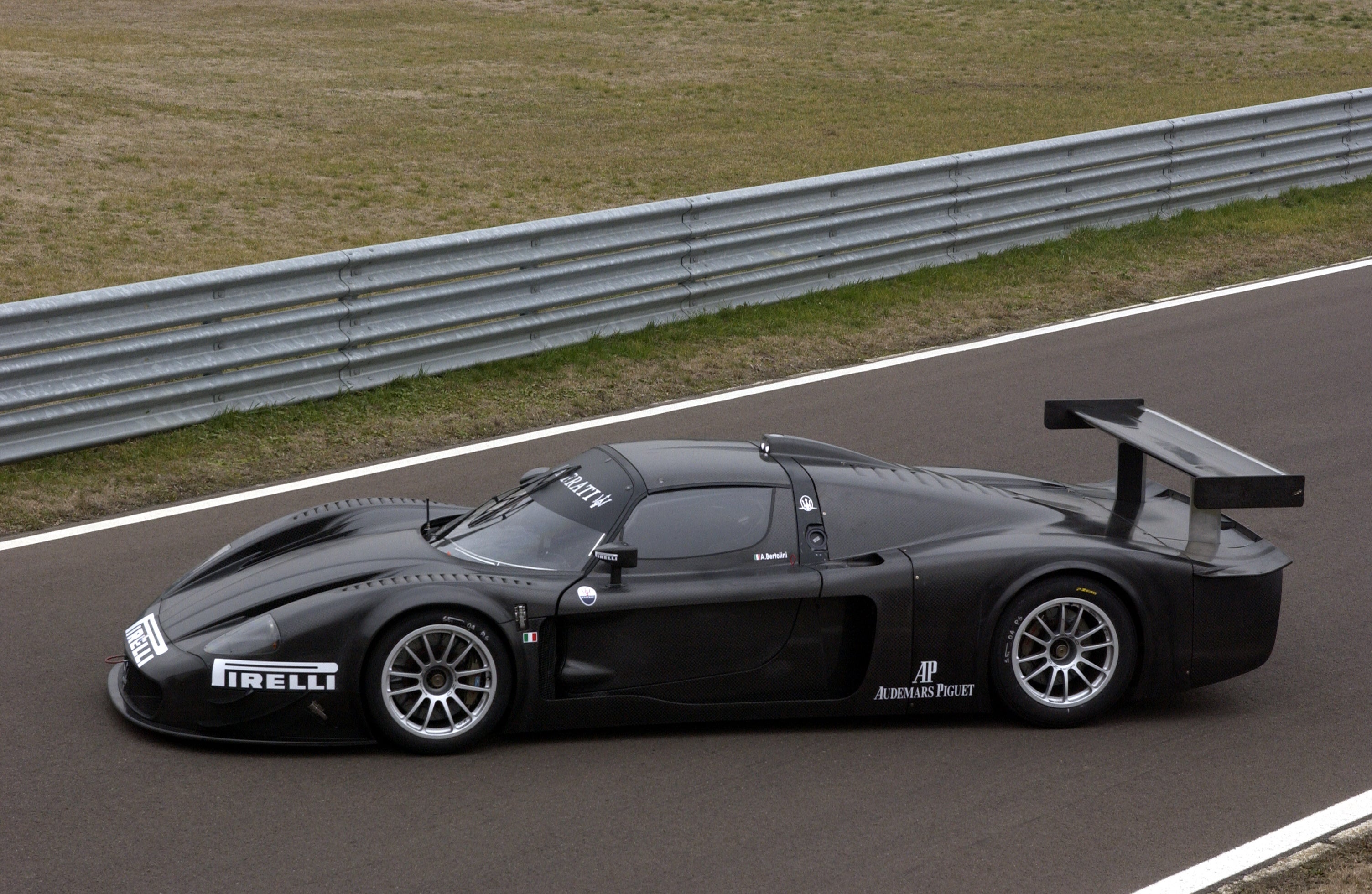 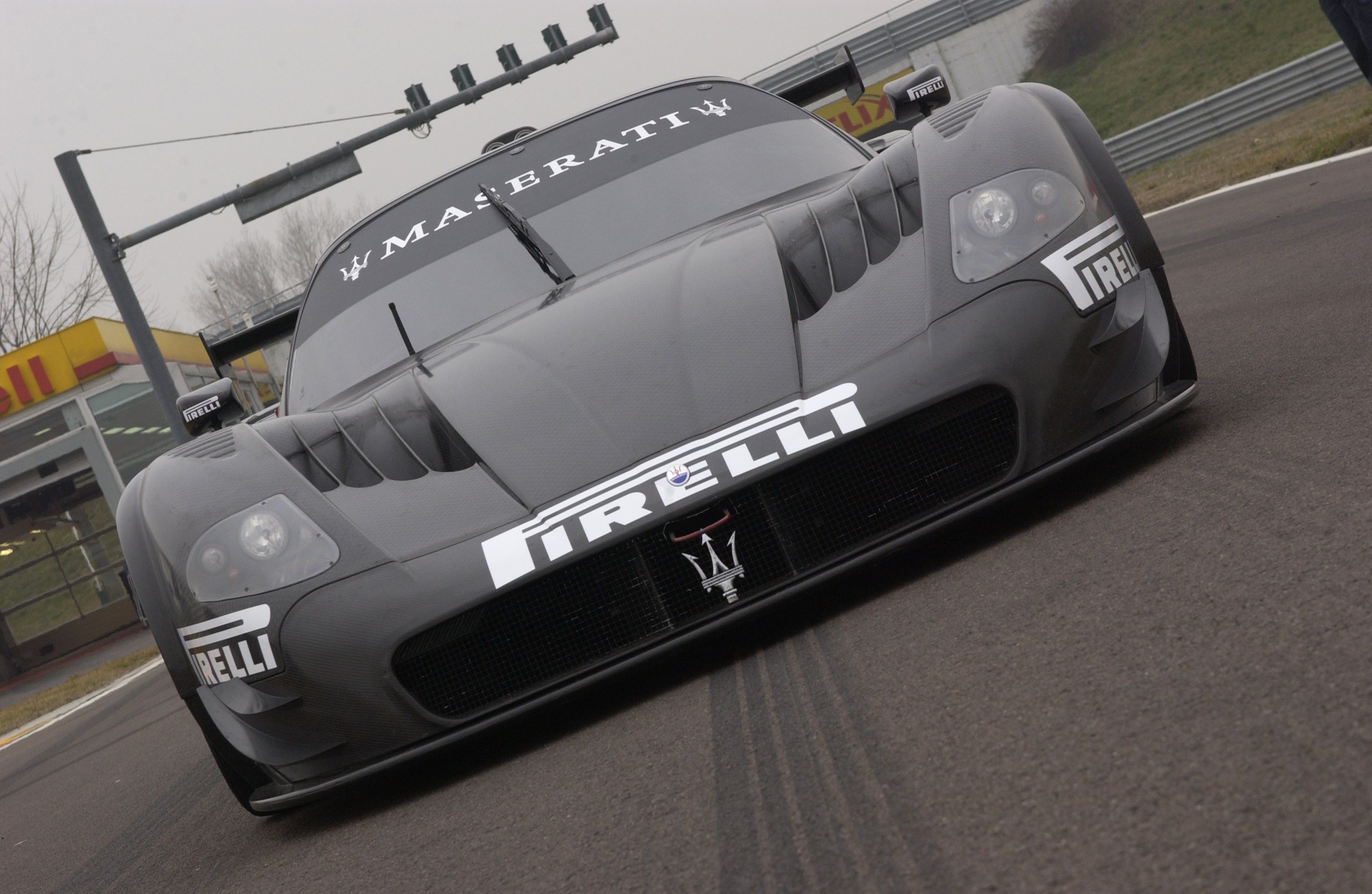 Following that, MC12s scored two Constructors' Championships in 2005 and 2007, as well as six Team/Driver trophies through 2009. When it came to the competition, the MC12 GT1s had to beat Ferrari 575 GTC Evos and 550-GTS Maranellos, Saleen S7-Rs, Chevrolet Corvette C5-Rs and C6.Rs, Lamborghini Murcielago R-GTs, Lister Storm GTMs and Aston Martin DBR9s. With the exception of the then outdated Lister and its 7.0-liter Jaguar V12, all were racing machines based on regular production cars. Even with that in mind, the French Automobile Club de l'Ouest maintained its ban of the MC12 GT1 on the bases that the car was physically too long for its class, forcing Maserati to skip the 24 Hours of Le Mans.

The "MCC" and "MCS" (Corse Stradale) development programs were kept under wraps at Mugello and Ferrari's Fiorano circuits, where racing driver Andrea Bertolini was sometimes joined by F1 ace Michael Schumacher. On top of the 10 GT1 cars produced, Maserati built a replacement body for Racing Box after an accident at Vallelunga, while the first prototype was given to Pininfarina to be transformed into the Birdcage 75th concept. 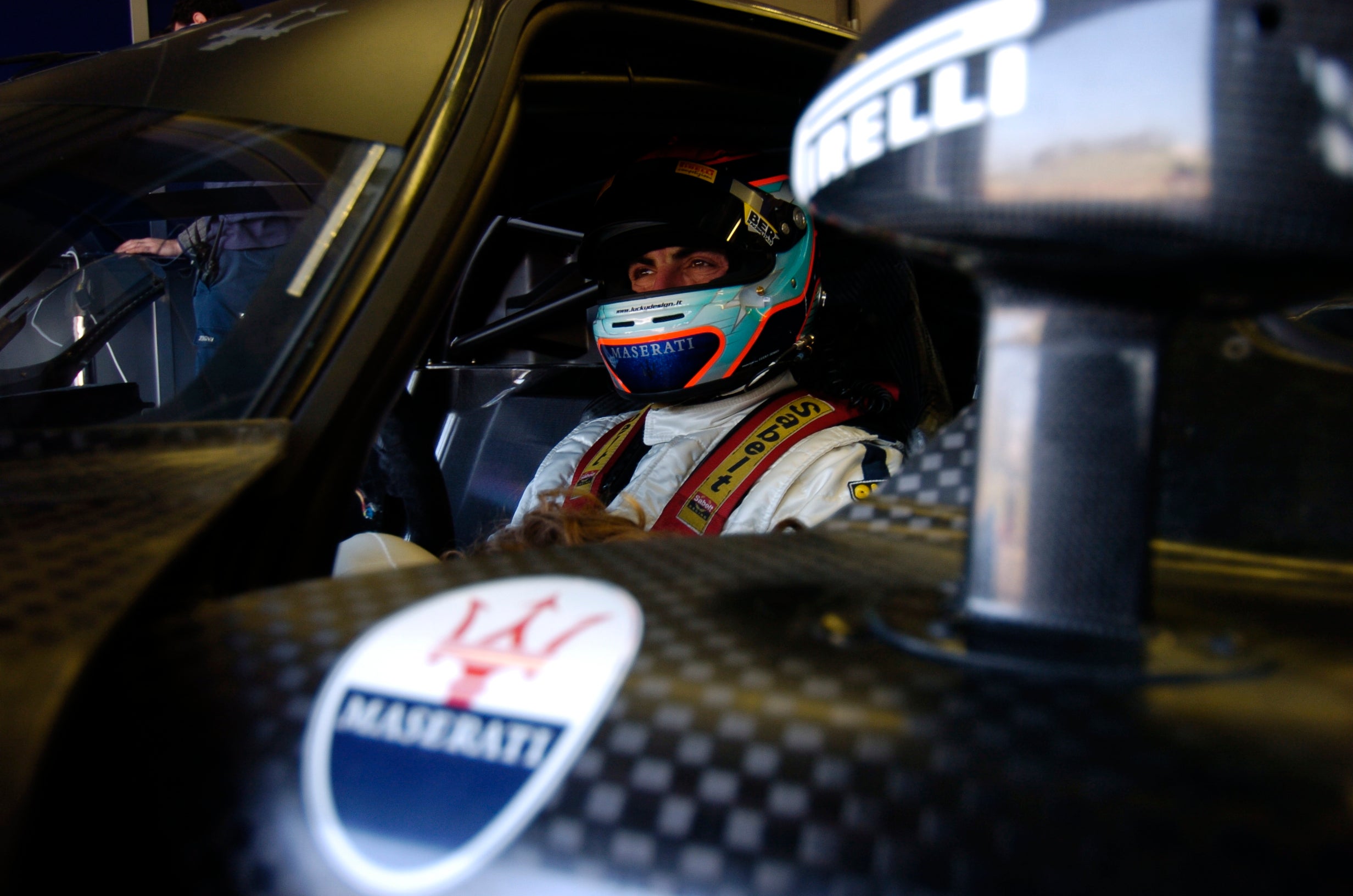 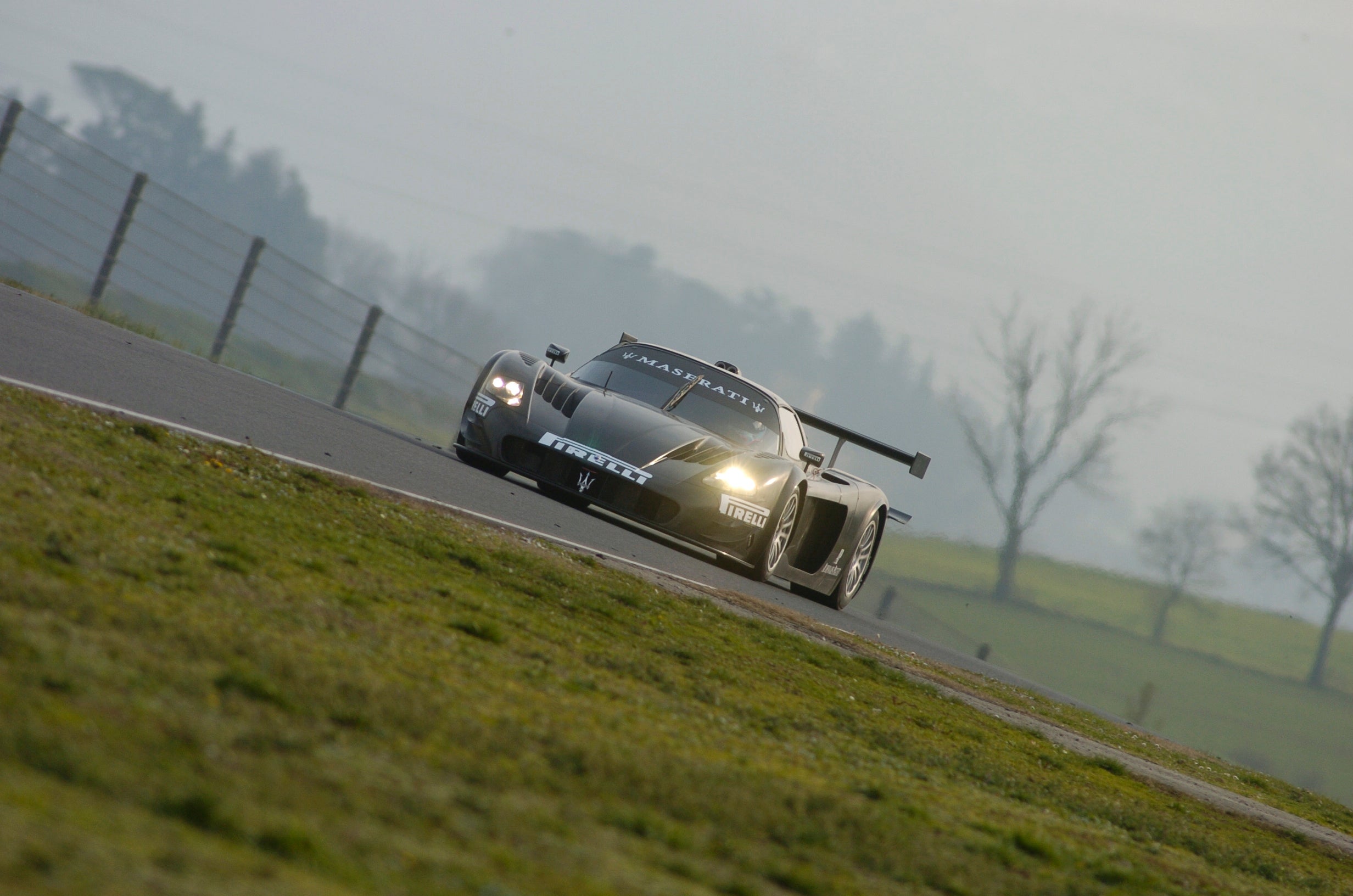 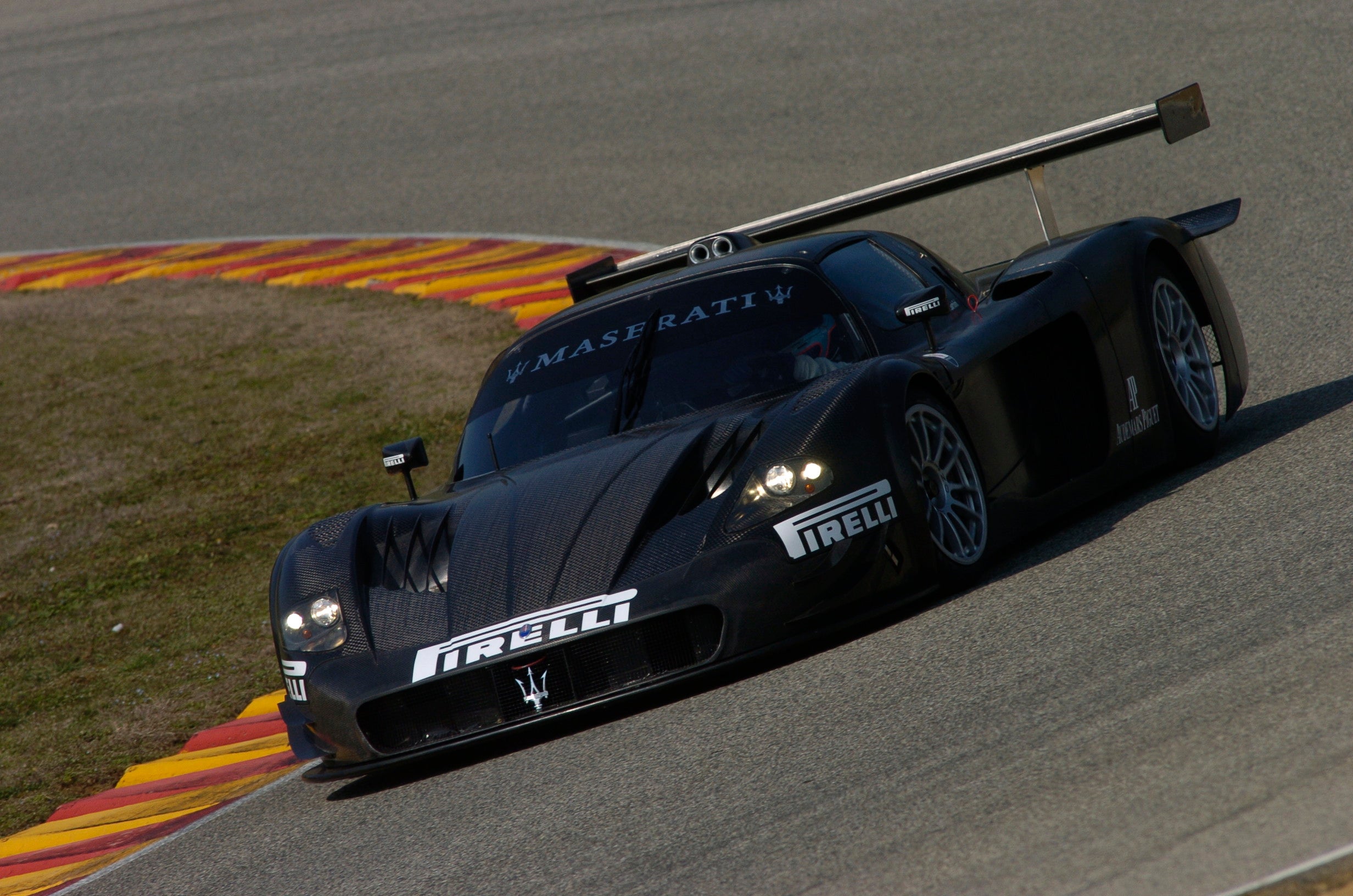 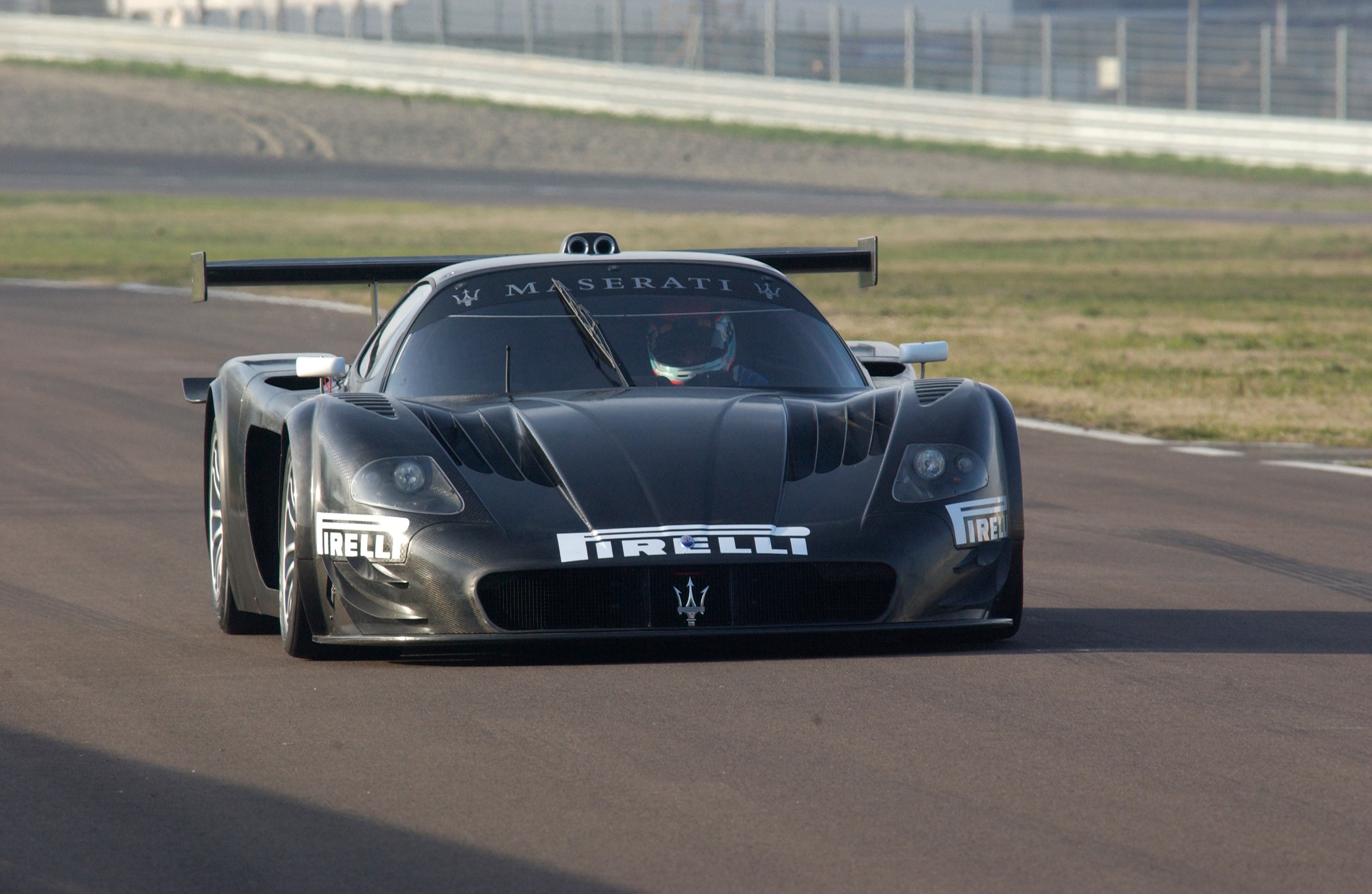 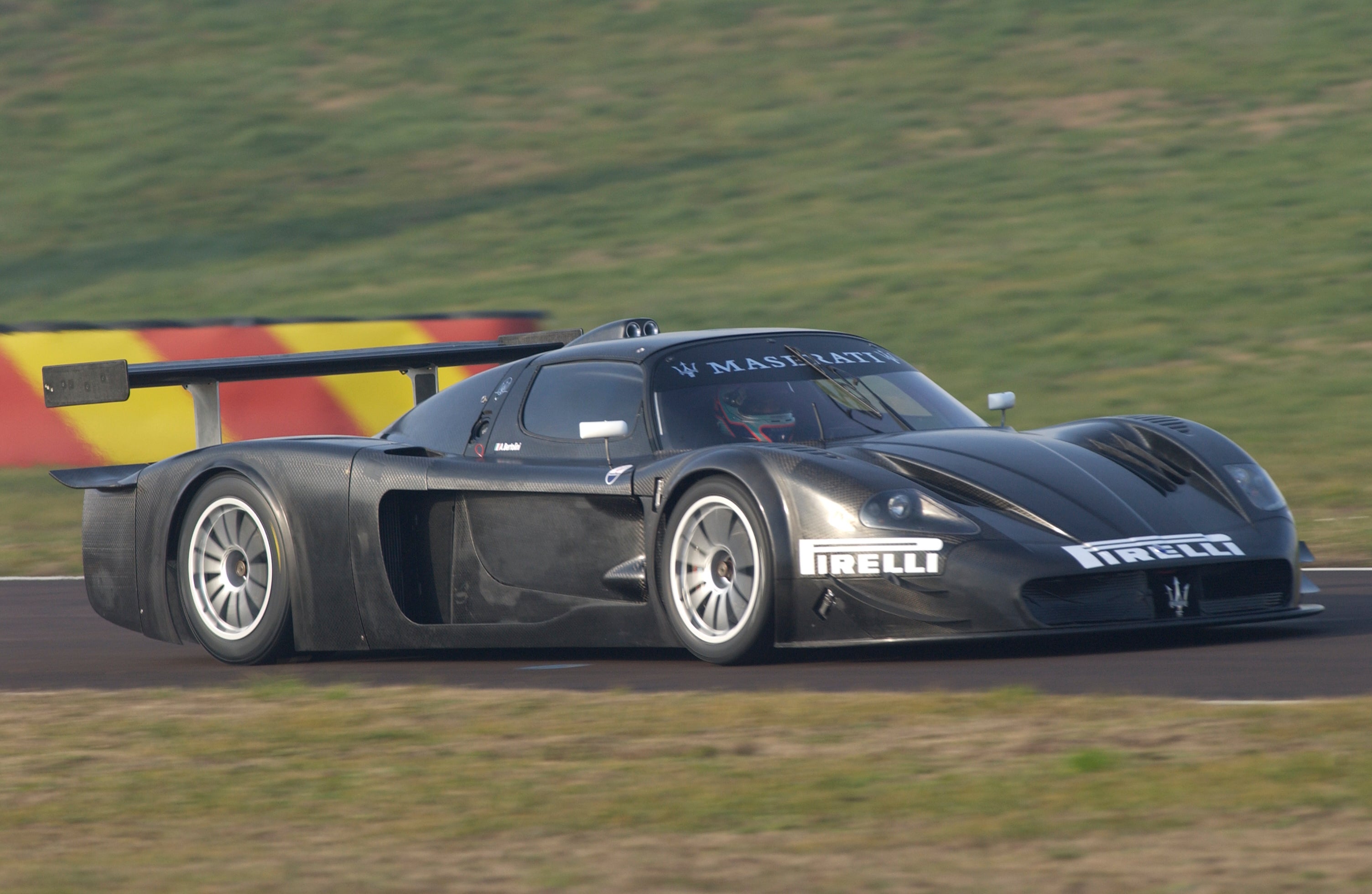 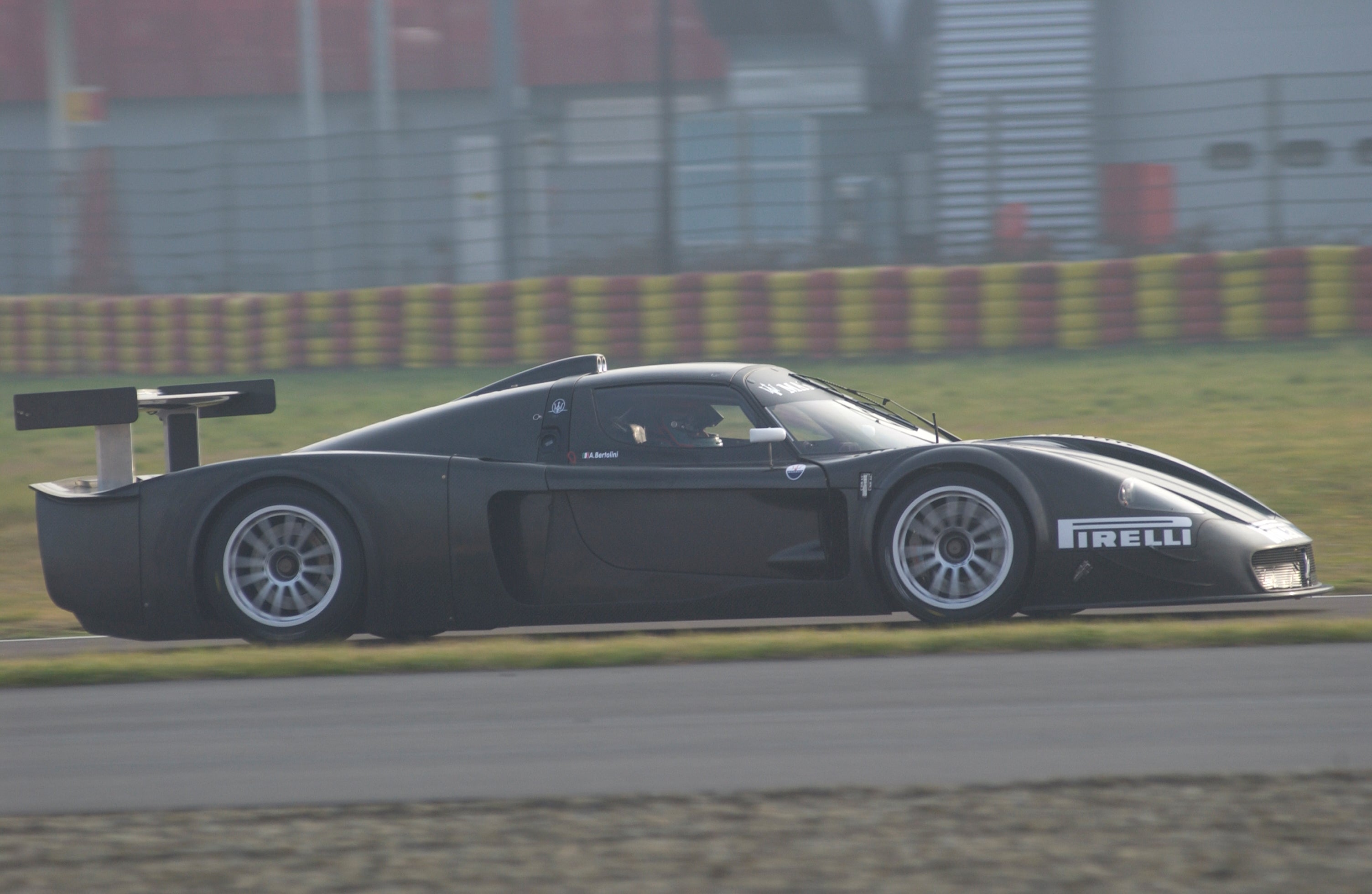 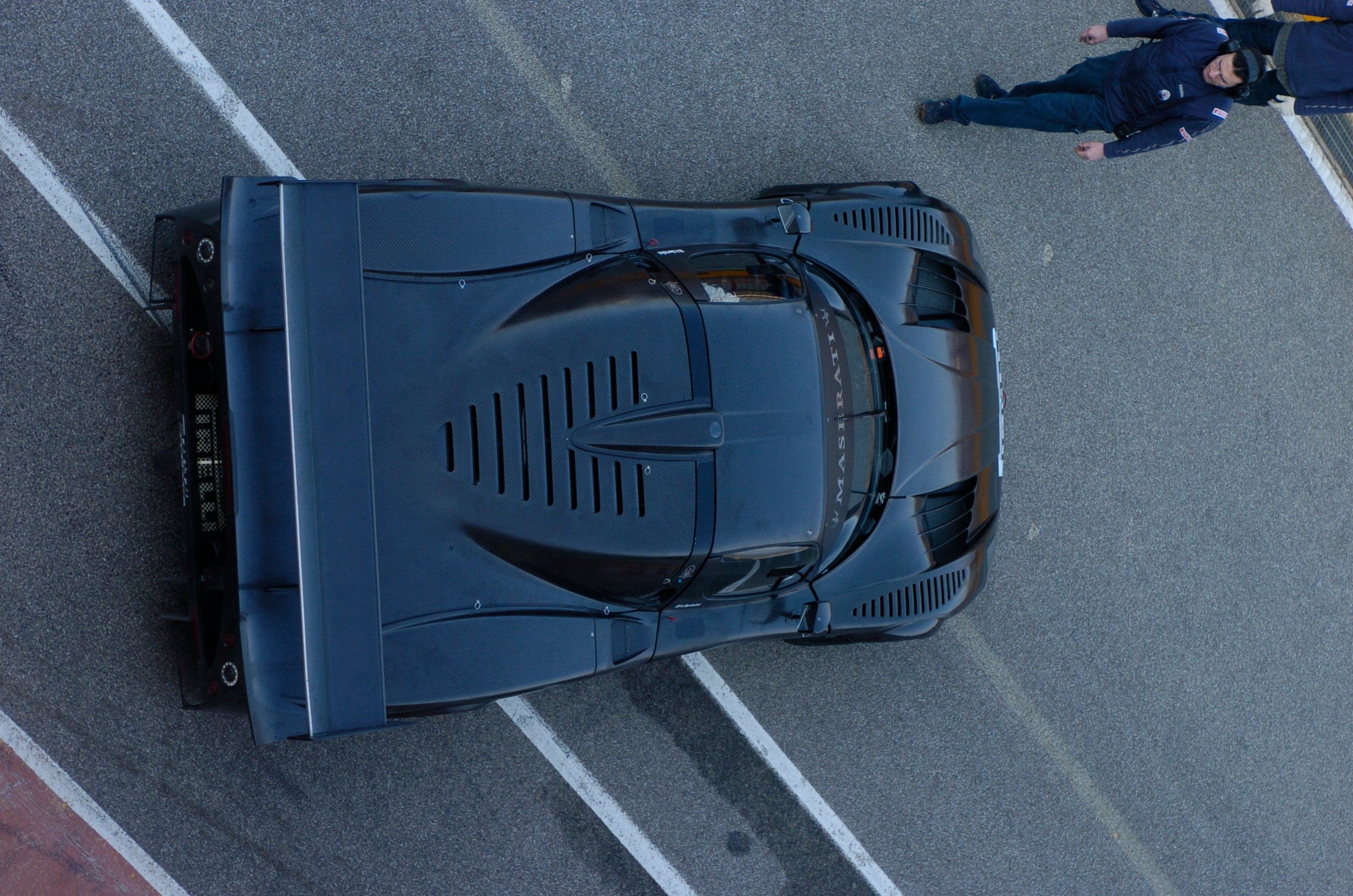 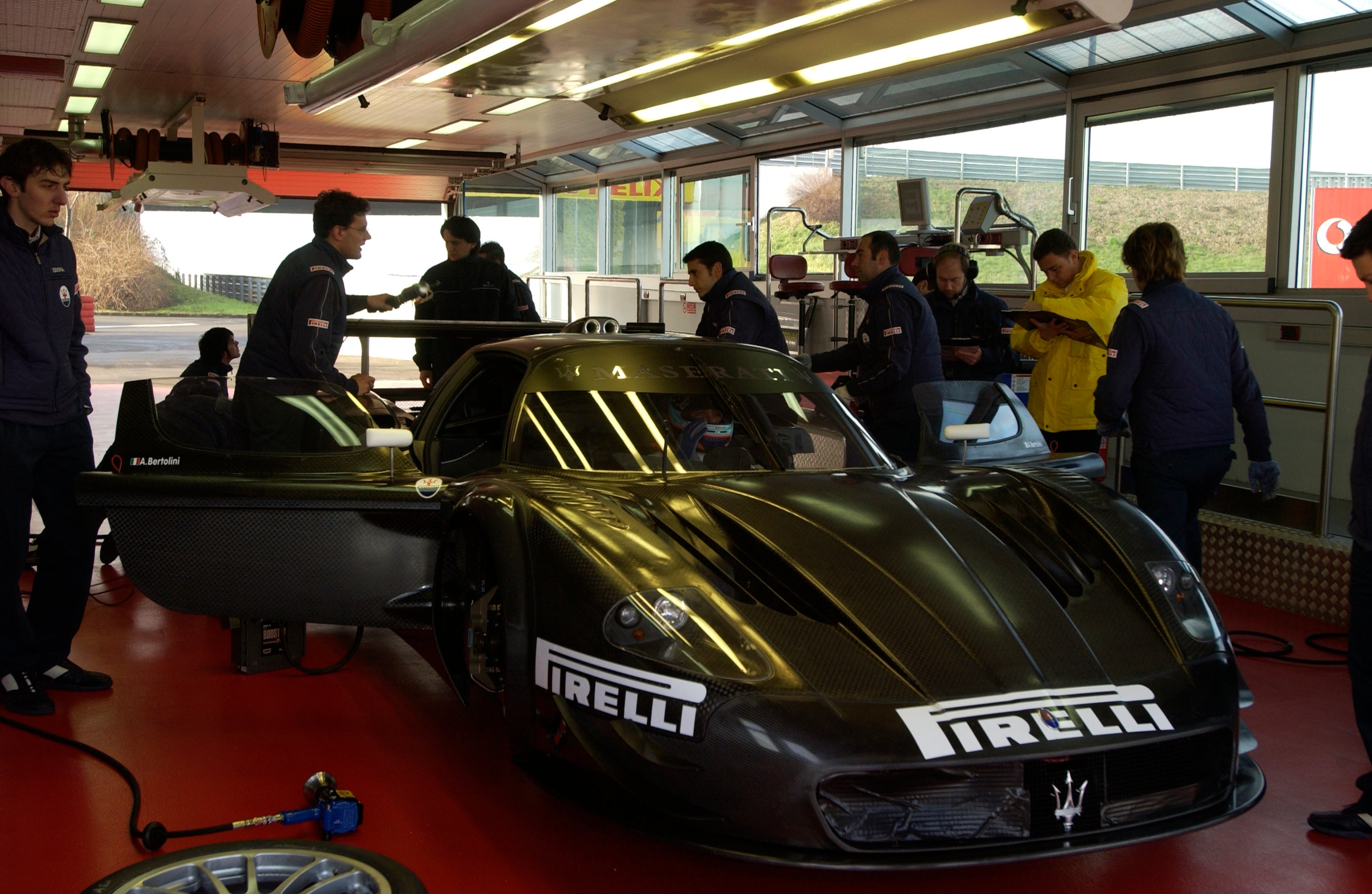 To boost its image and cash in on selected gentleman racers and collectors, Maserati then introduced its most powerful MC12 yet, the Corse. Following Ferrari's recipe with the customer racing FXX program based on the Enzo, the MC12 Corse was positioned somewhere between the Stradale and the GT1 cars, offered as a race package not limited by the FIA rulebook. The non-road legal special debuted at the 2006 Bologna Motor Show, and while the official color was Blue Victory, after the naked carbon prototype, the first of the 12 customer cars was black.

MC12 Corse chassis number one went to Munich, where its buyer spent another €200,000 on top of the €1.2 million base price to convert the car for road usage. My friend Peter Orosz stumbled upon "Karl" and his black MC12 Corse in 2009, which came with such upgrades as a four-wheel lifting system, plus a paper saying that due to the polycarbonate greenhouse, the car shouldn't be driven in the dark, nor in the wet. Quite recently, this special Corse popped up for sale at Joe Mecari of London. Charging a million euros before taxes in the standard Blue Victory, Maserati confirmed that it also produced a Corse in silver, yellow, dark blue, white and orange. Since then, the German tuning firm Edo Competition converted at least three more.

Weighing 2,535 pounds, the MC12 Corse uses a 755-horsepower version of Ferrari's 6.0-liter 48-valve dry-sump DOHC V12. Interestingly, the 14th Corse was only assembled in 2014, nine years past the Stradale's production run. Known as the MC12 Centennial edition, this unit was officially homologated for the road using the German TÜV's single unit process. As such, it borrowed its exhaust silencers, steel brakes, wheels, tires, radiators fans, handbrake and front axle lifter from the normal MC12 Stradale.

Wearing the trident badge that goes all the way back to the Targa Florio-winning Maserati Tipo 26 of 1926, the MC12 managed to push Maserati right back where it belonged in motorsport, as well as a dream car company. As track toys, the 12+2 Corse cars remained much more exclusive than Ferrari's equally wild FXX cars, while MC12 Stradale production stopped after 50 cars instead of Maranello's run of 400 Enzos.

Peaking at 7,500 rpm in road tune and 8,000 rpm in Corse mode, both MC12s offered a top speed above 200 miles per hour. With its more modest downforce figures, the Stradale is quoted by Maserati at 205 mph: 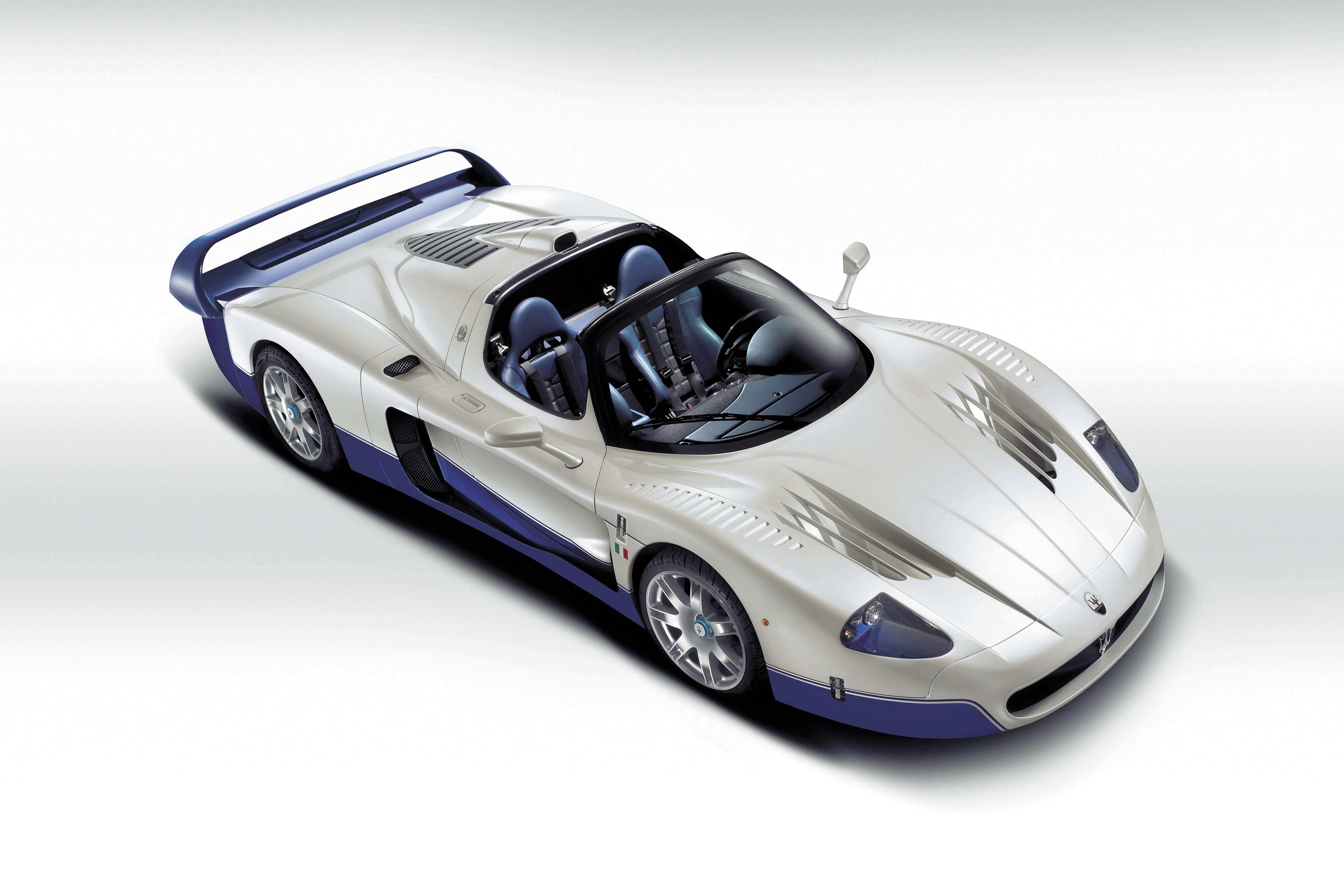 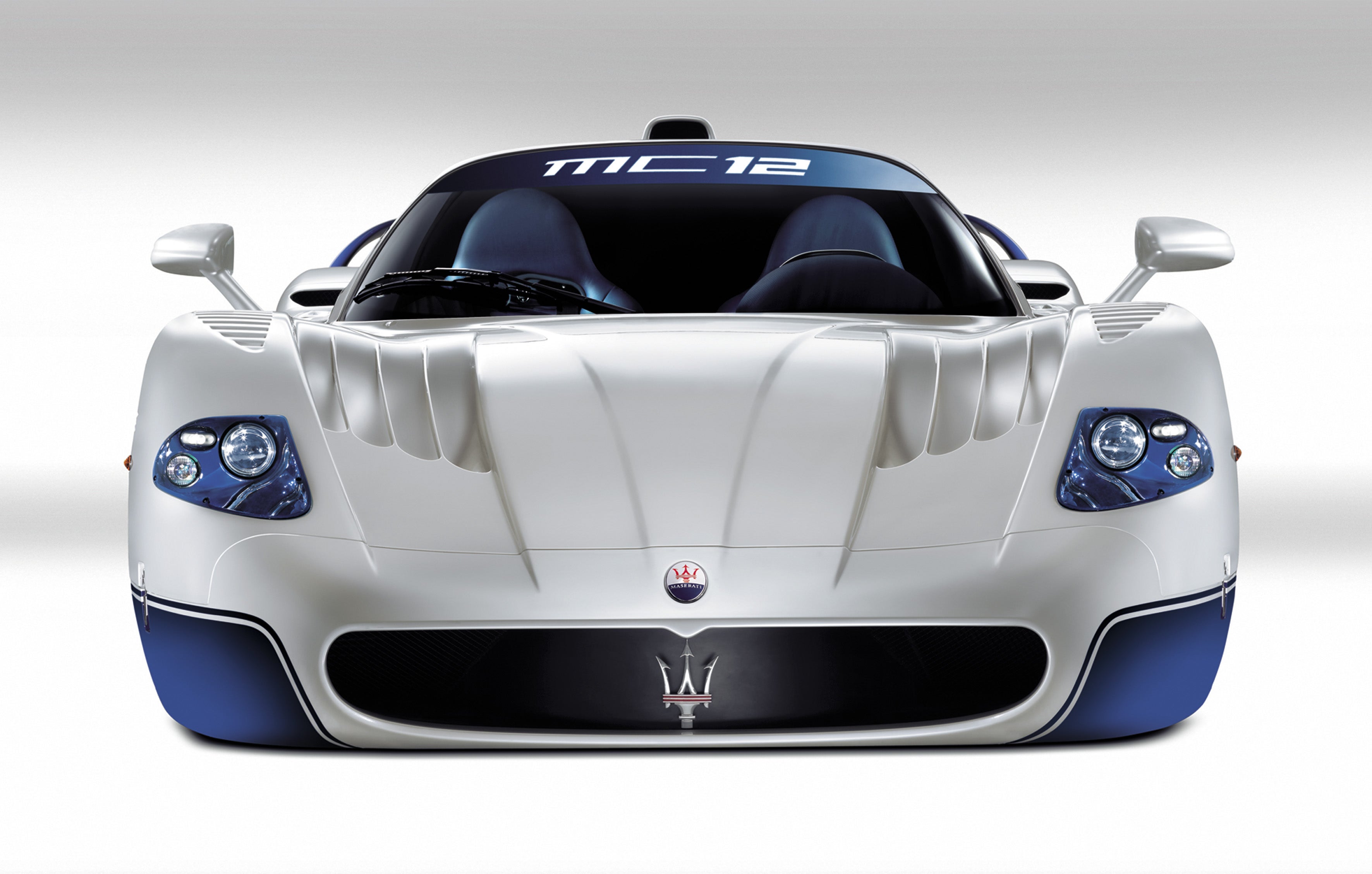 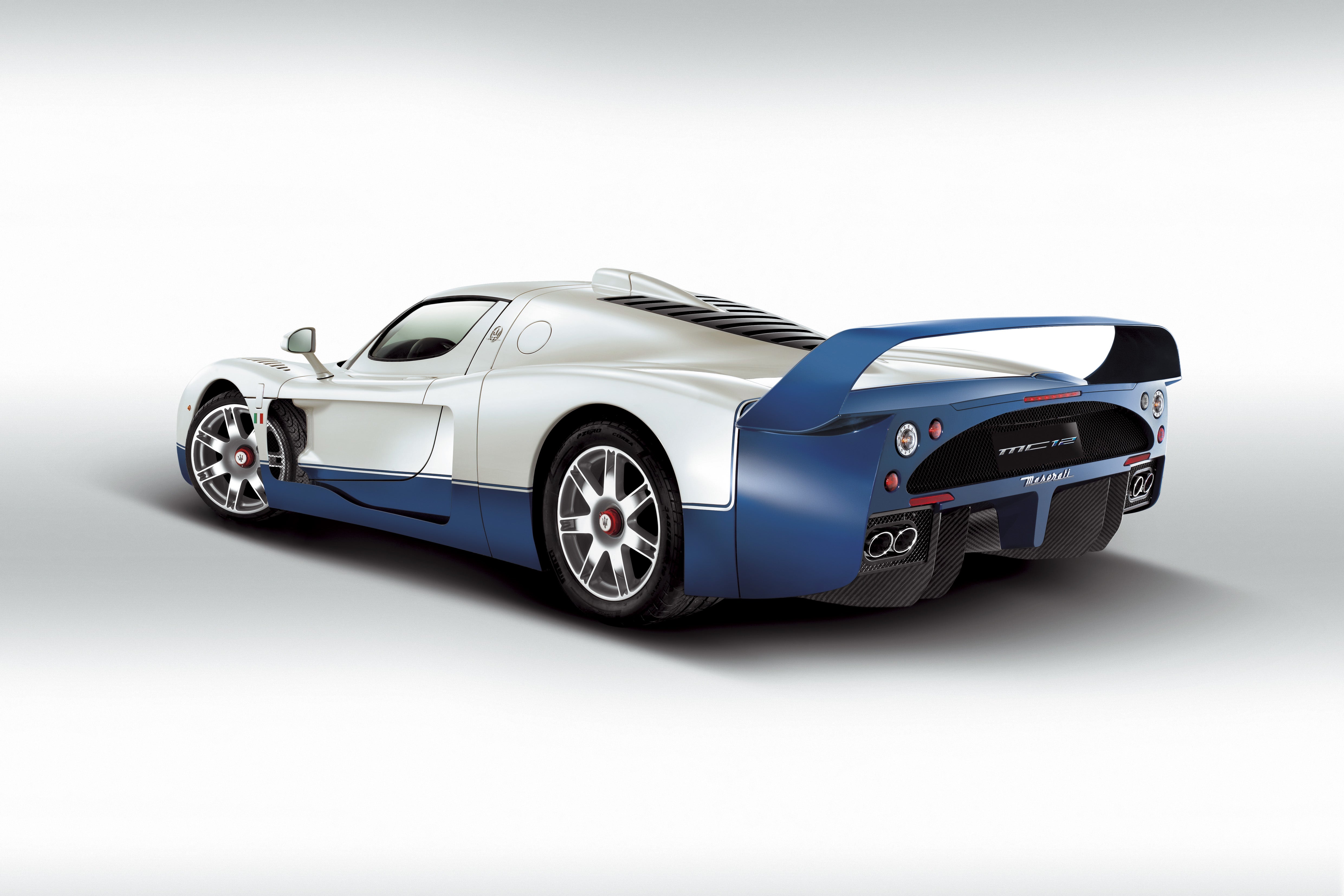 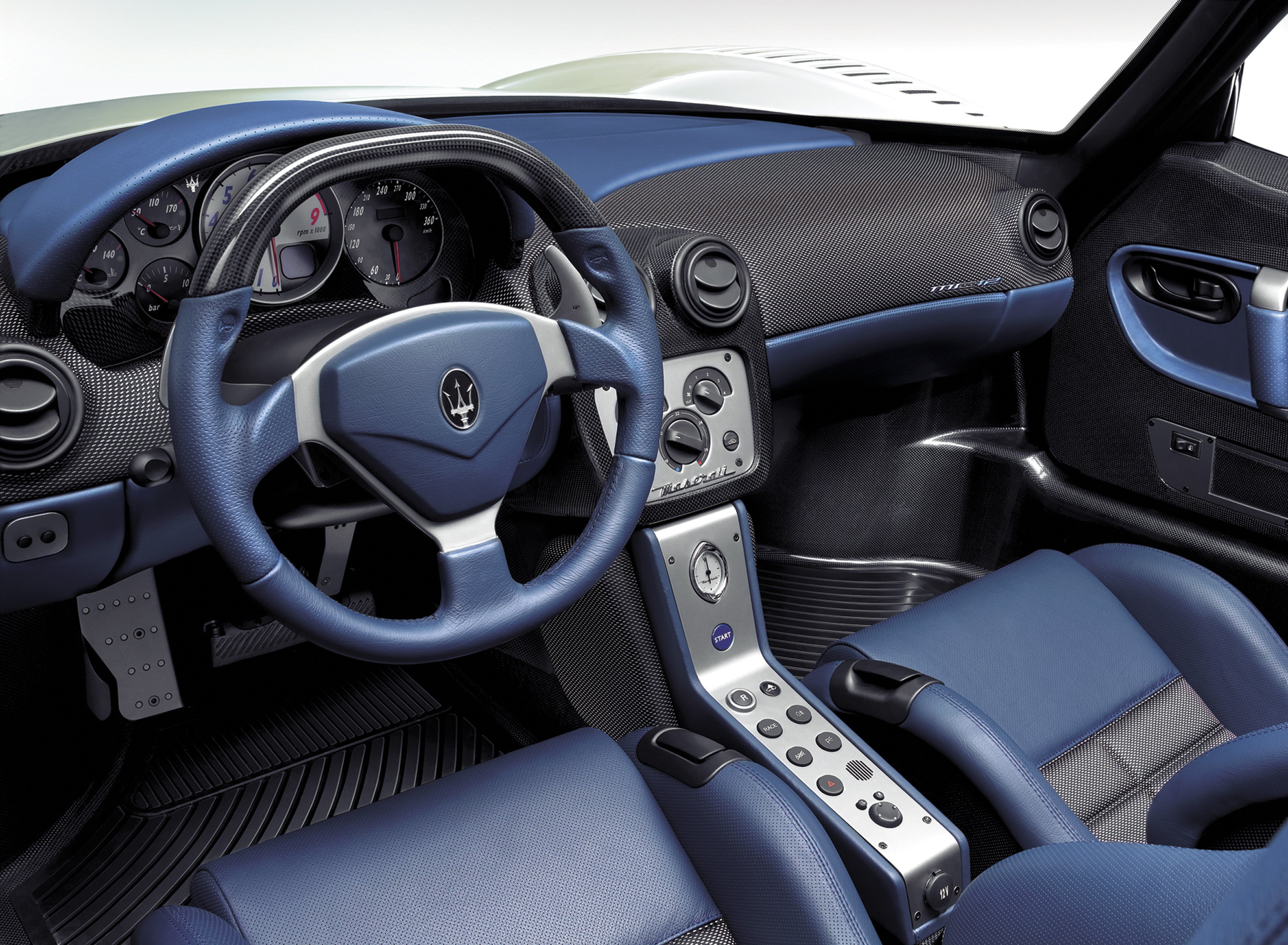 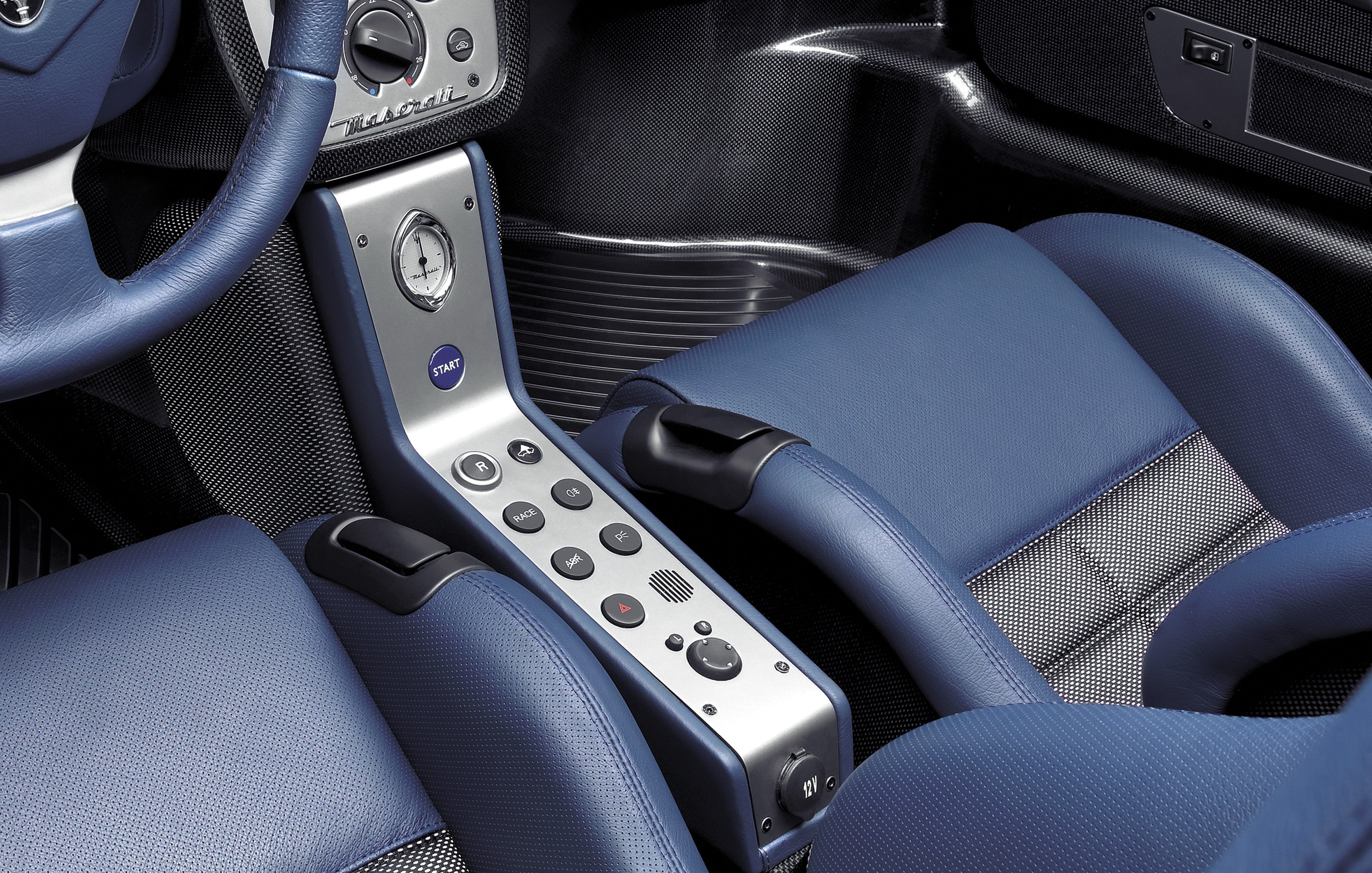 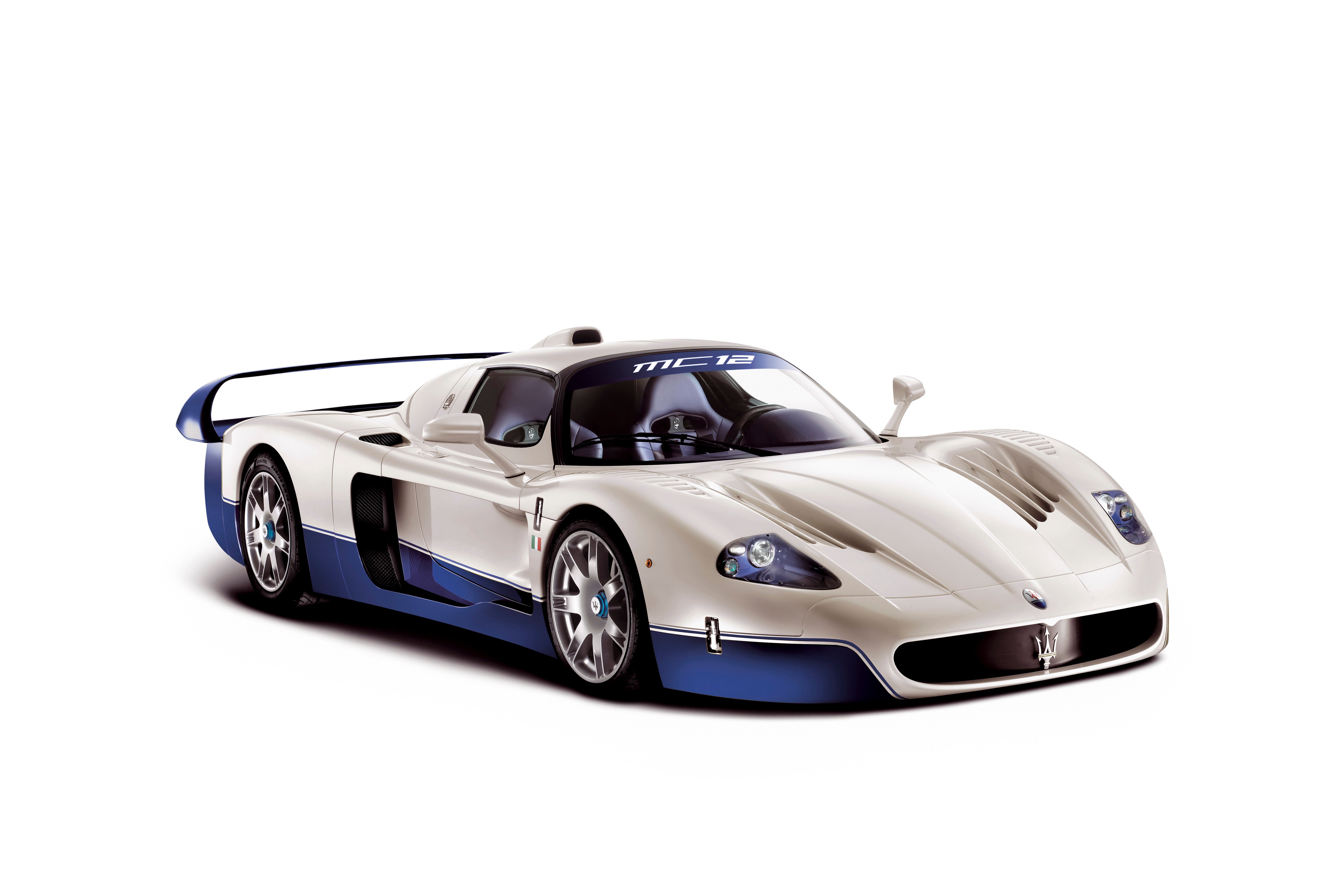 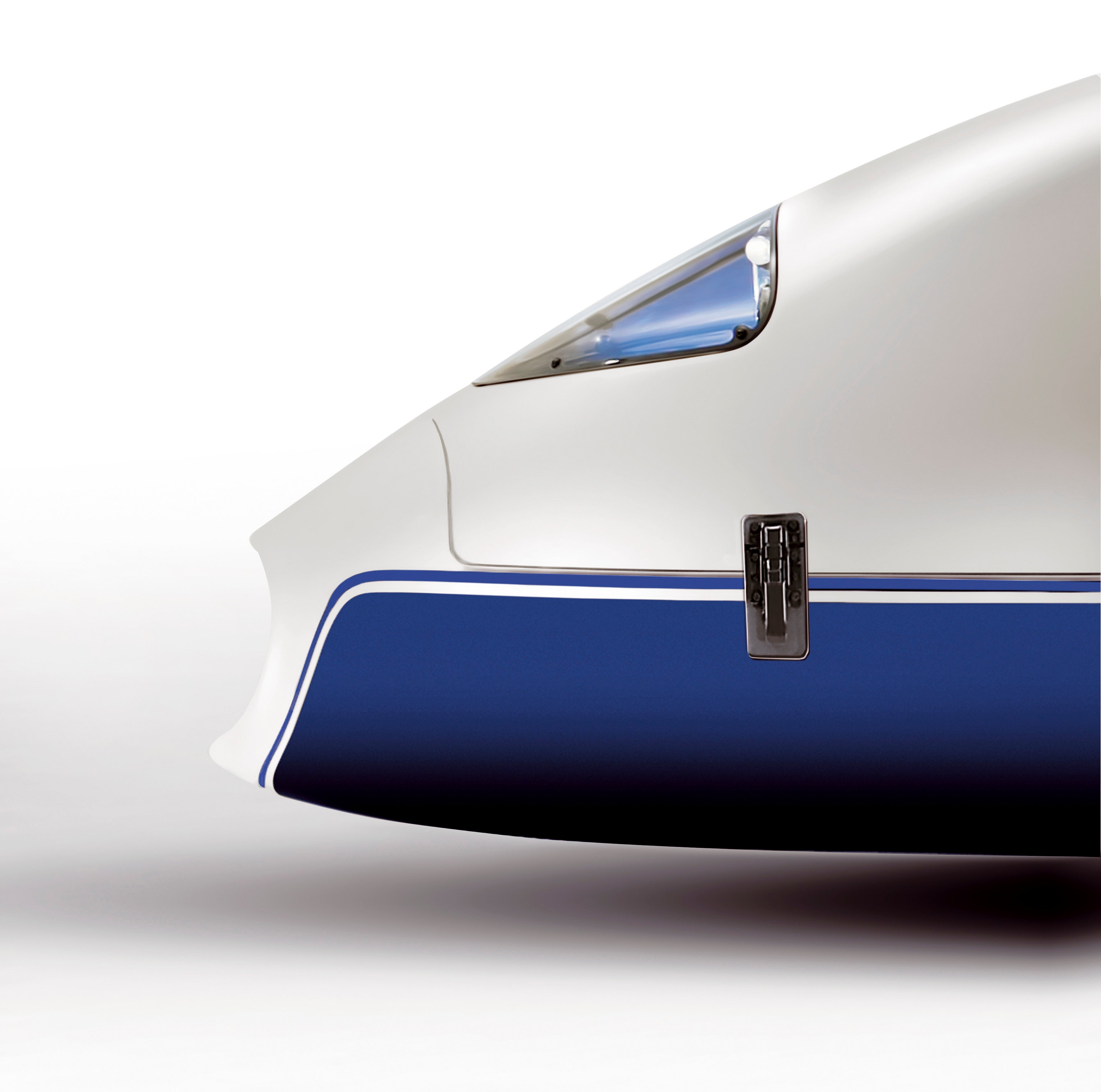 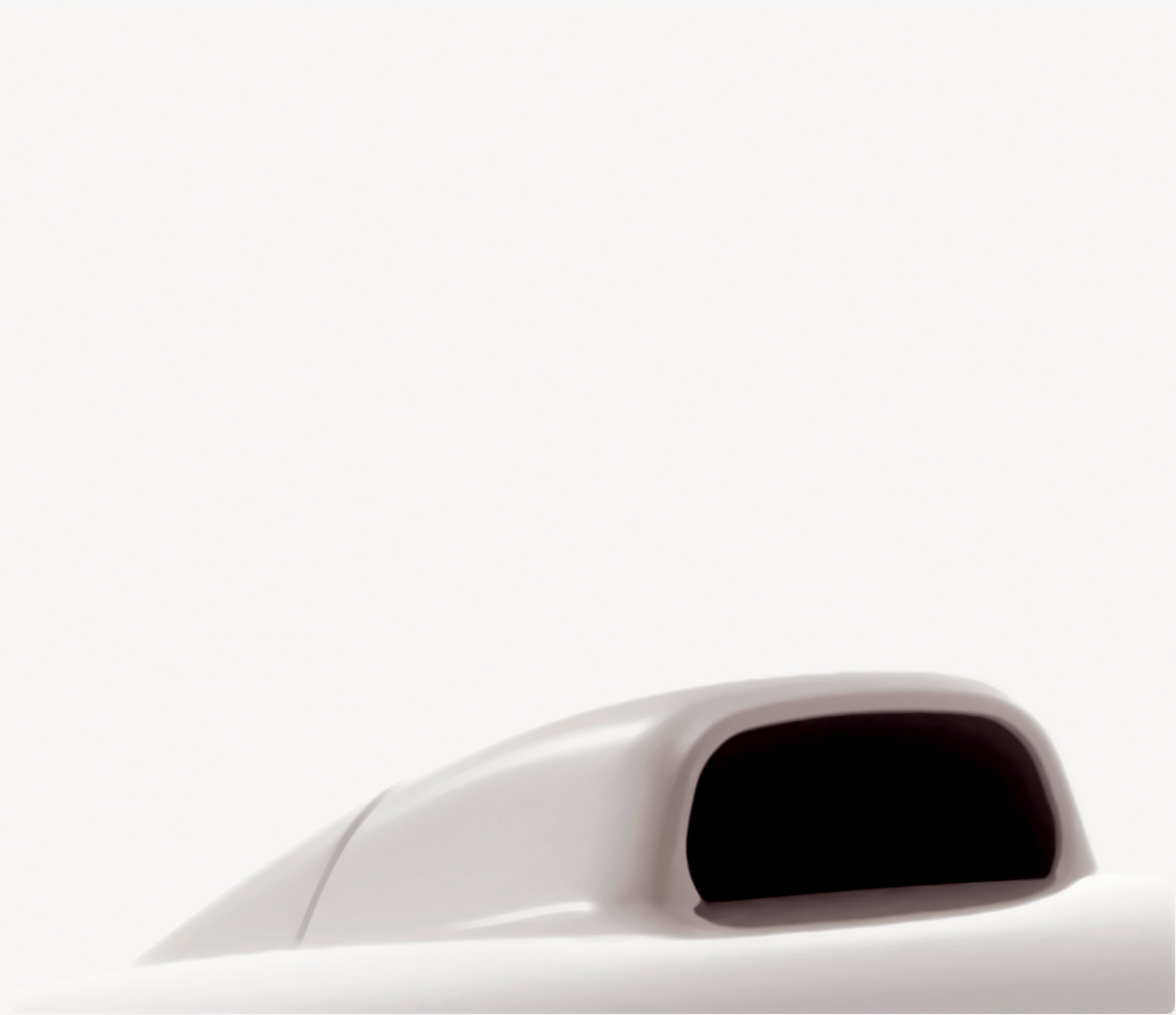 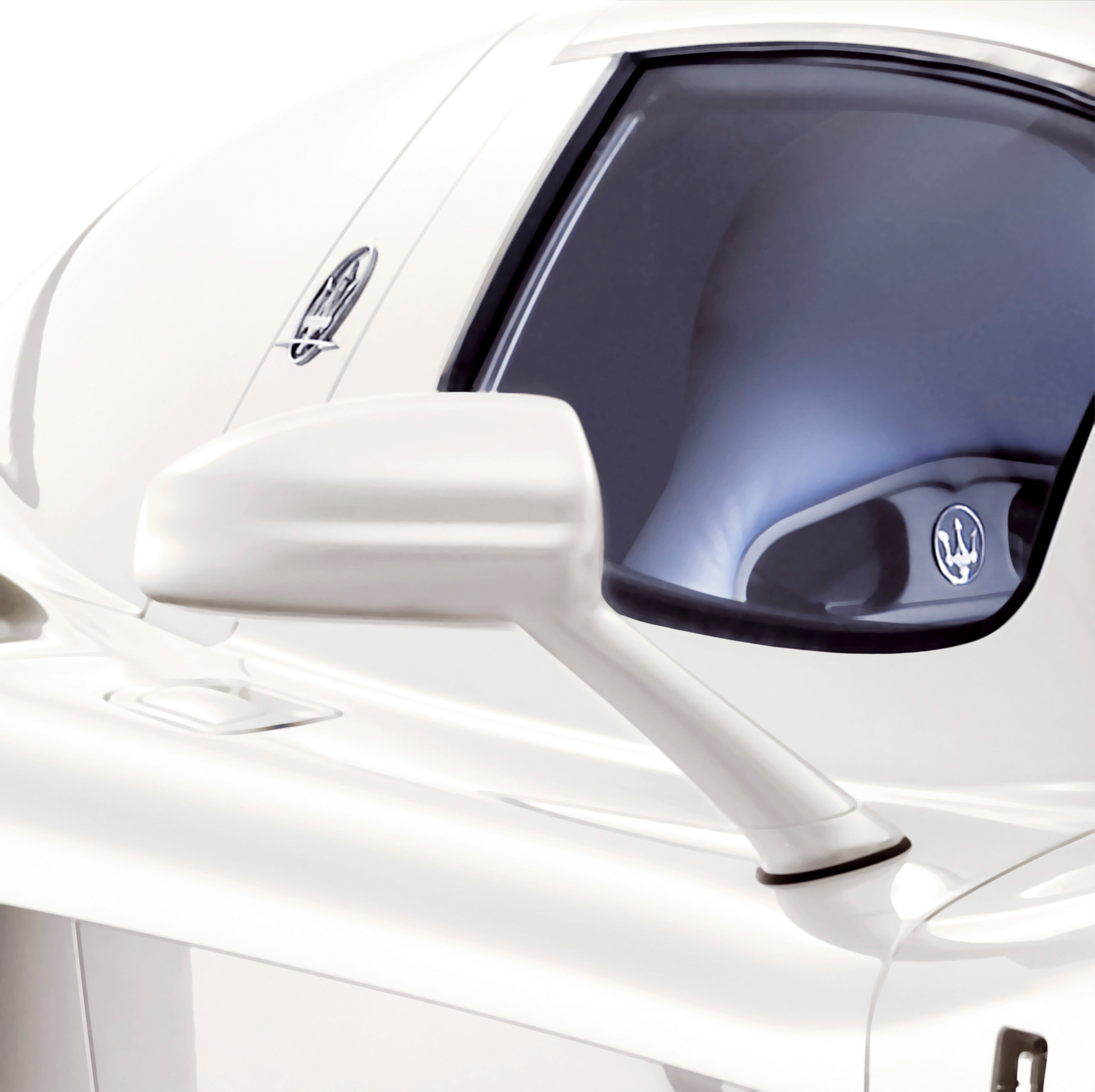 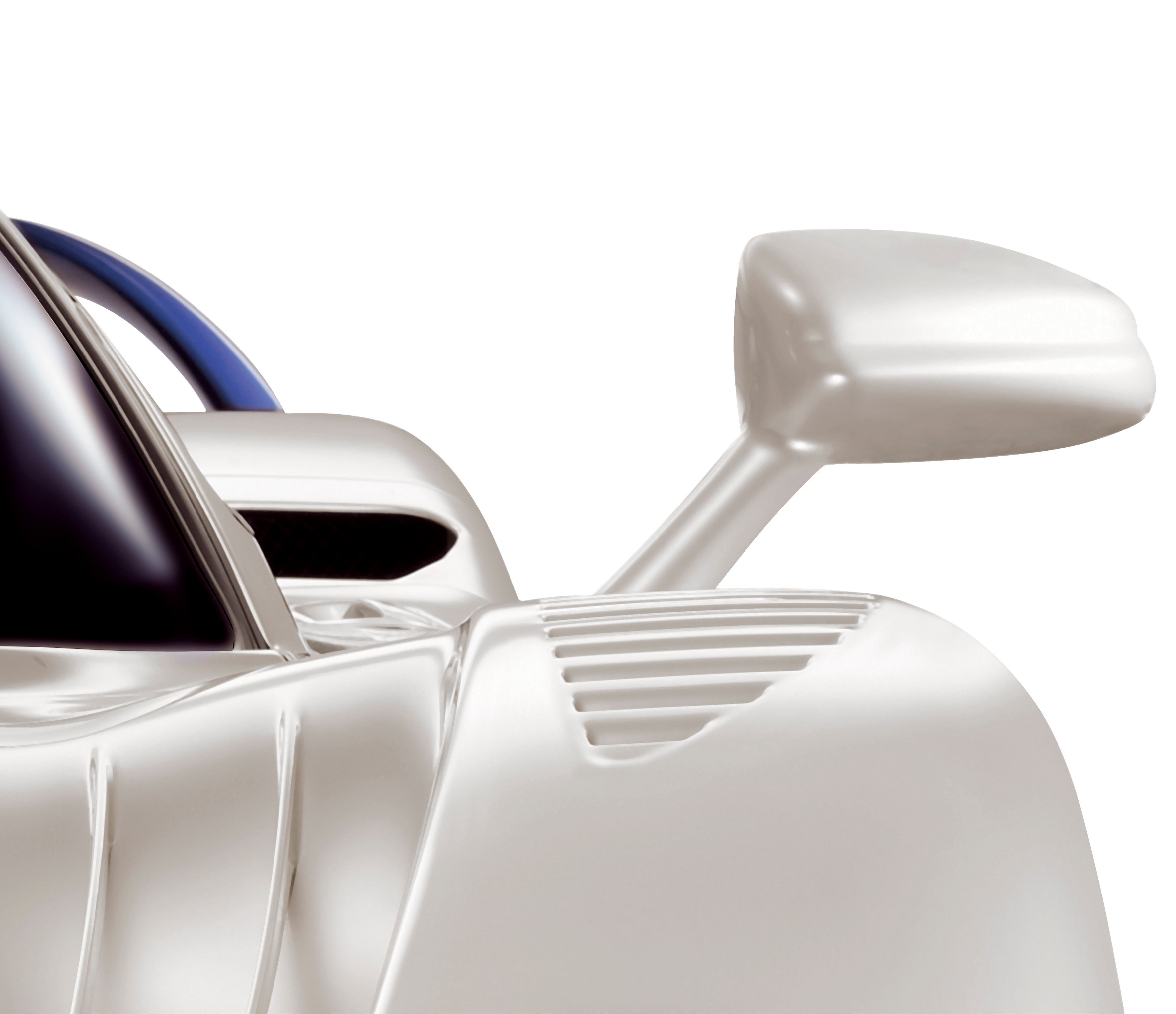 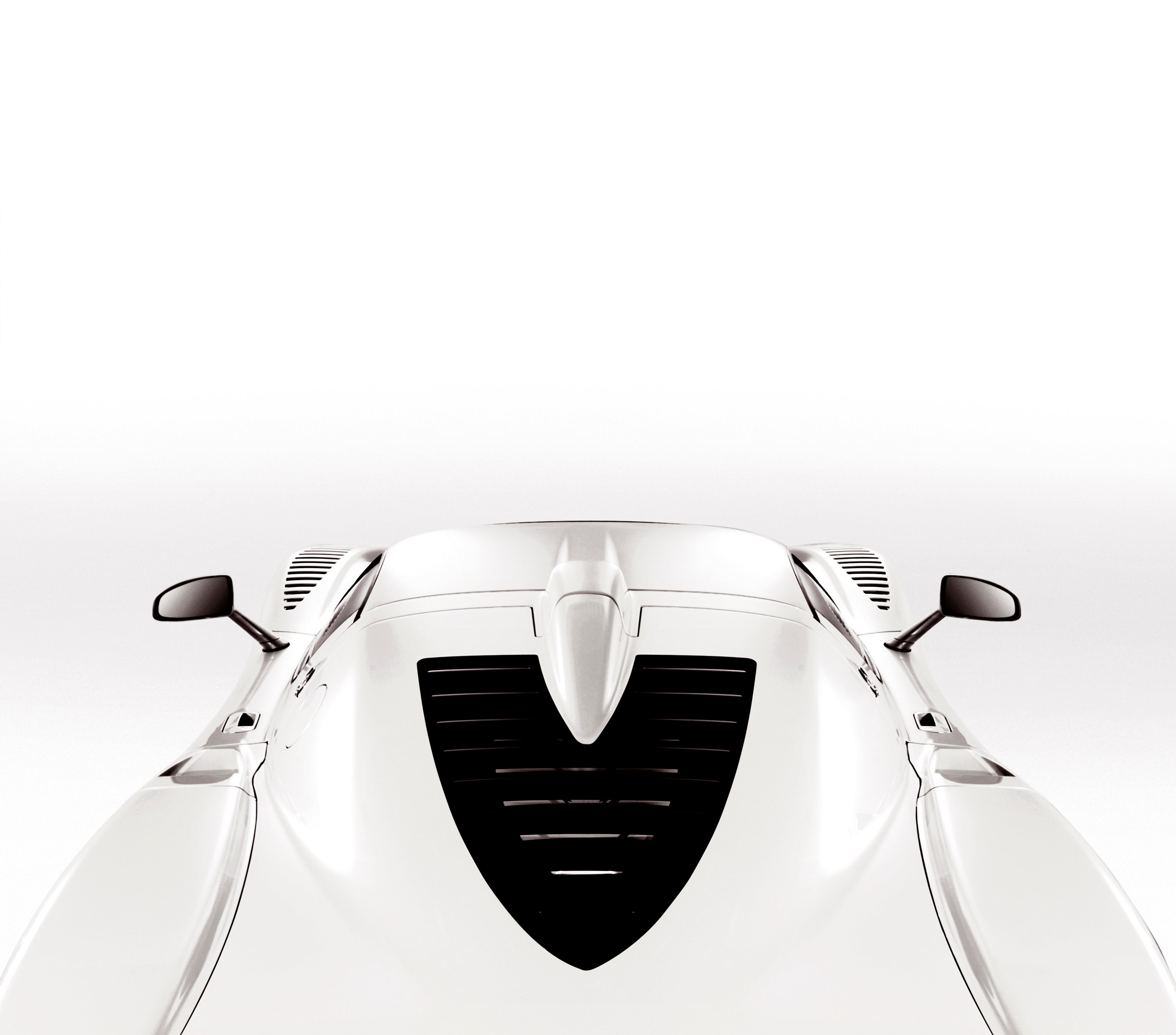 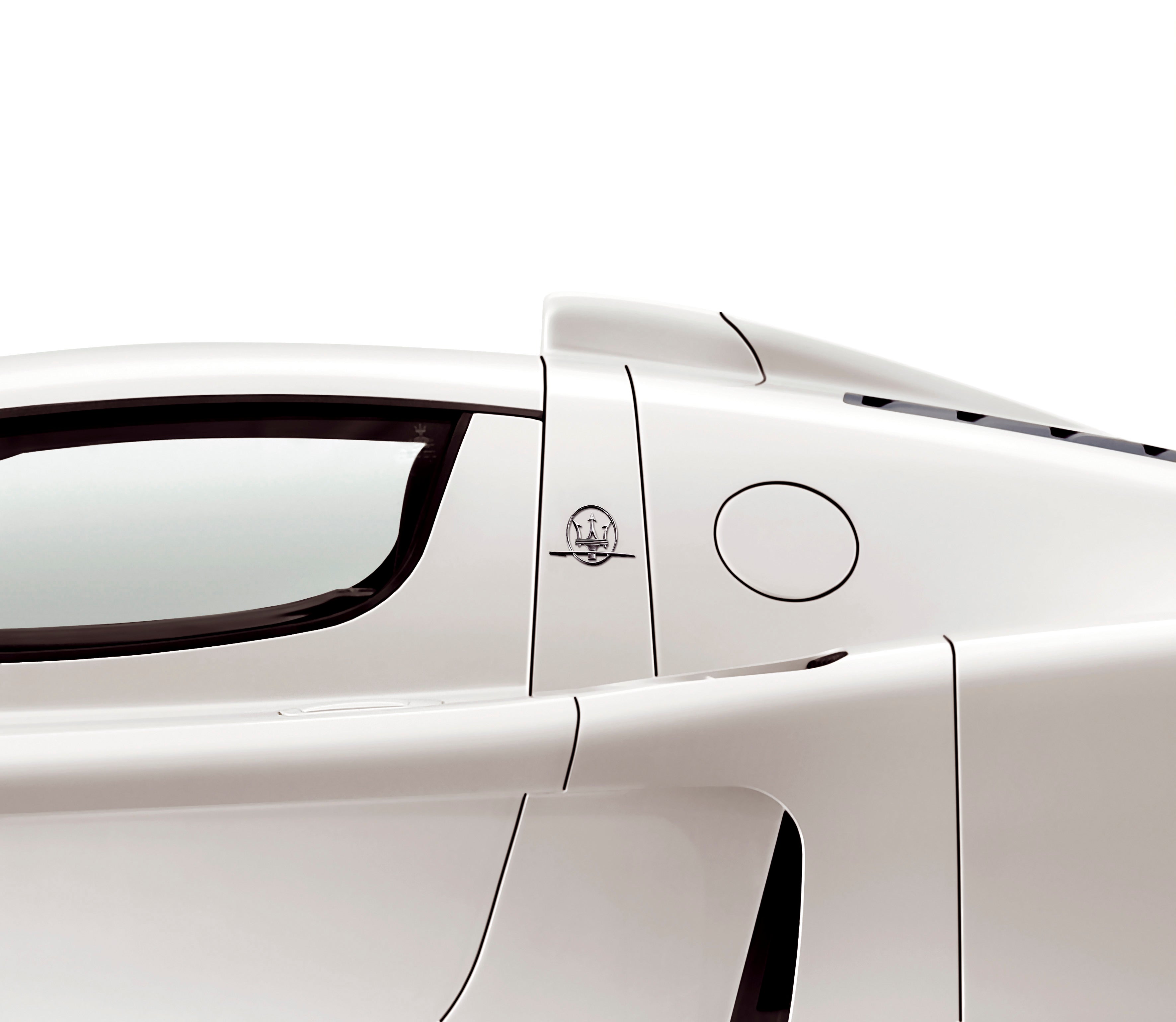 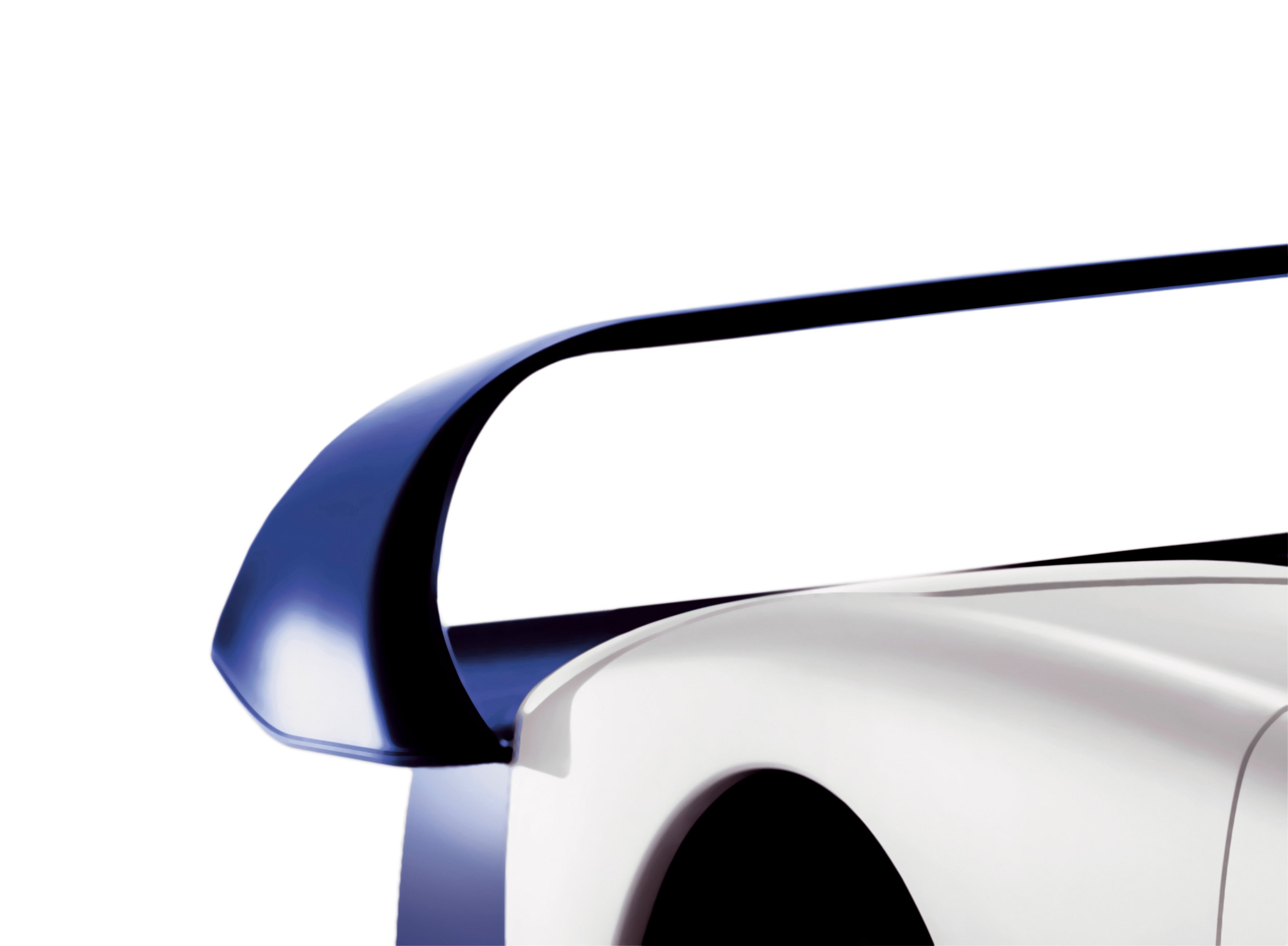 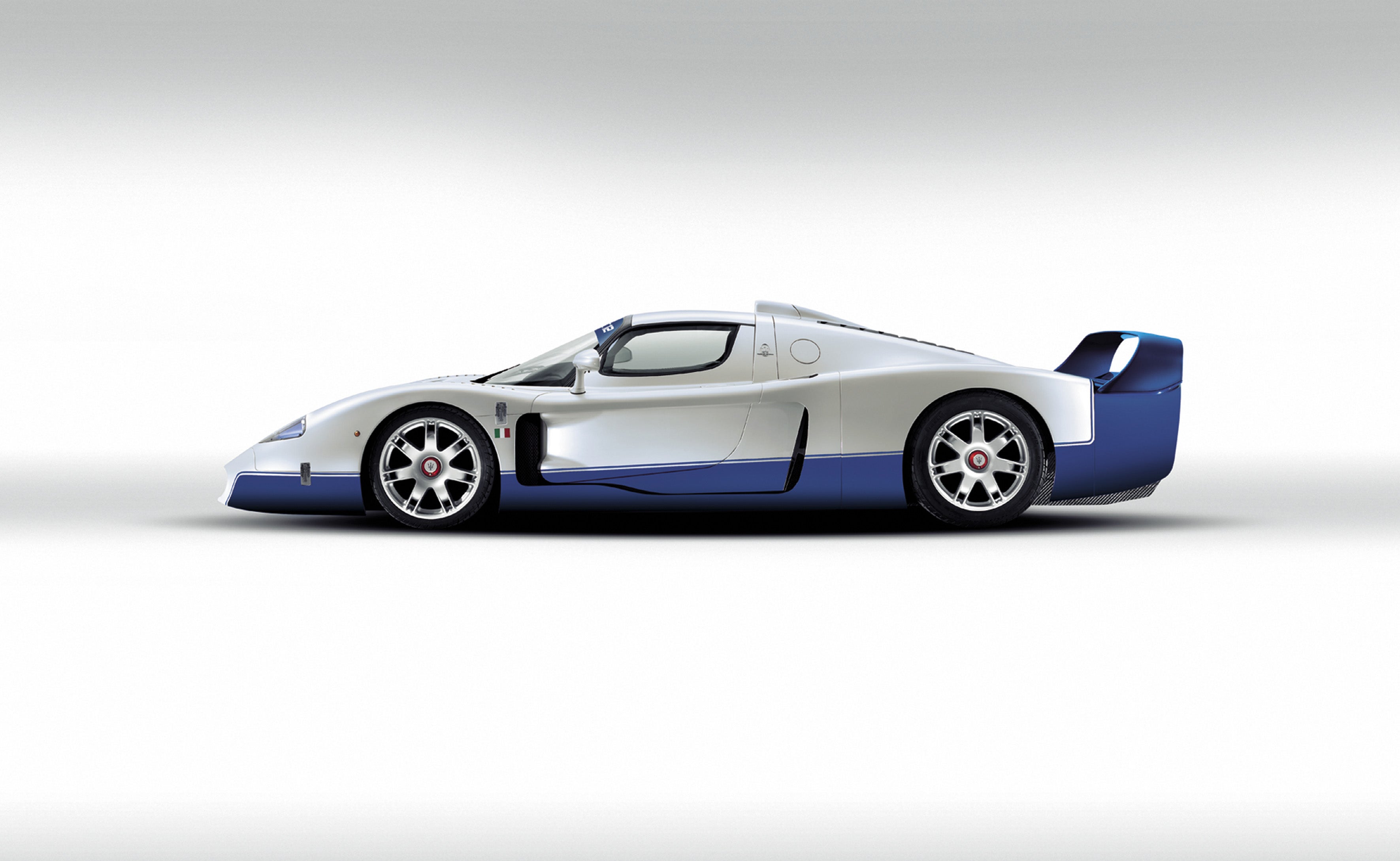 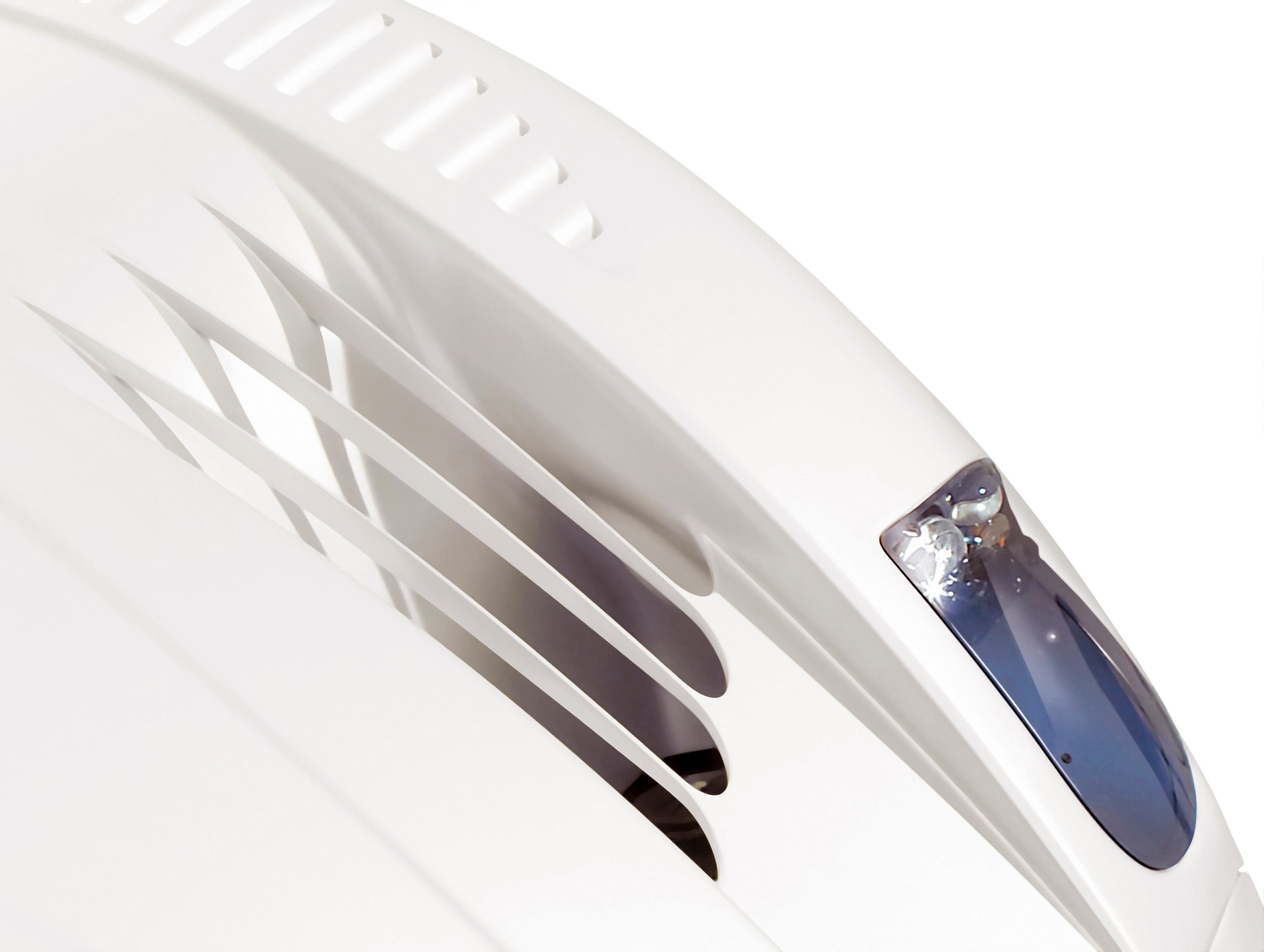 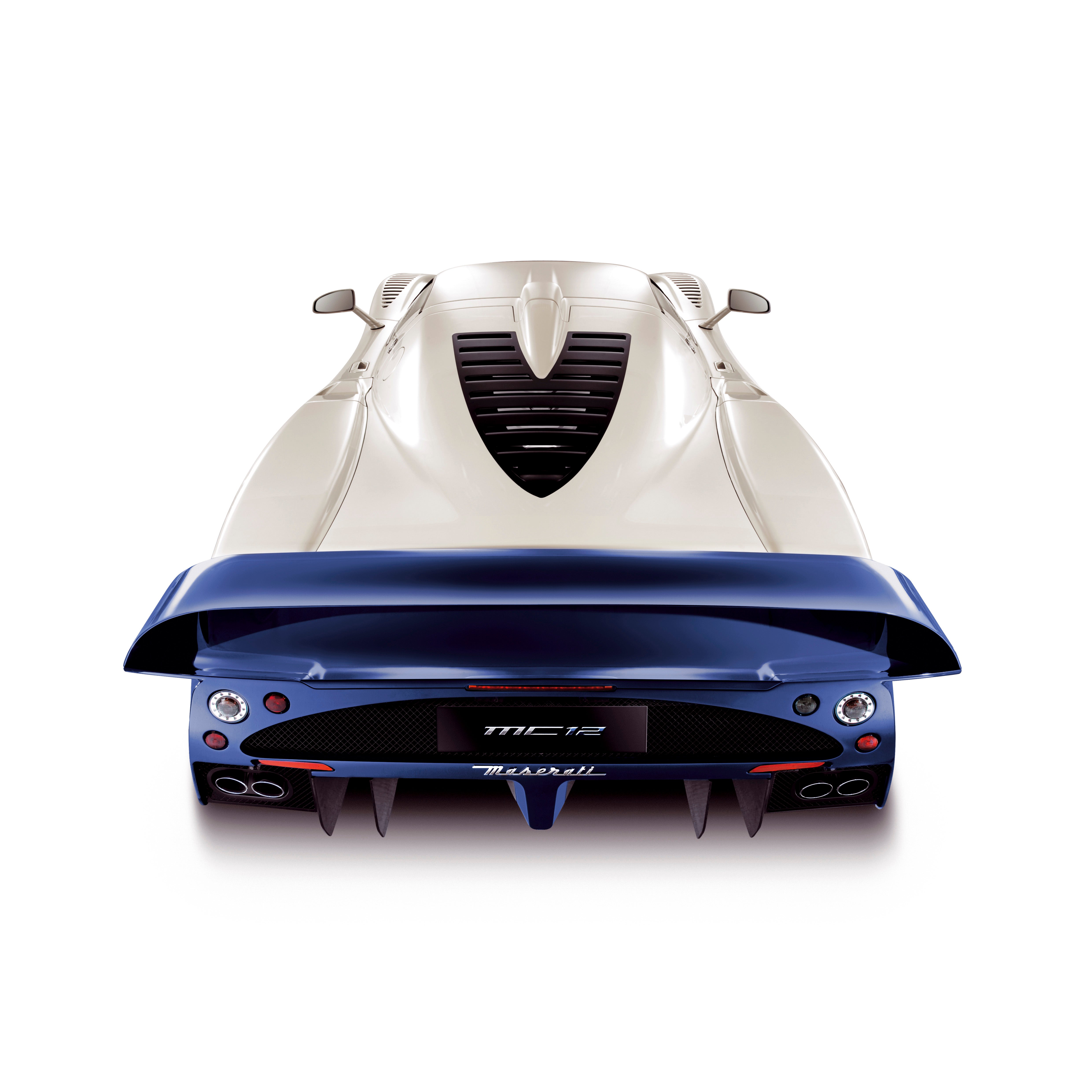 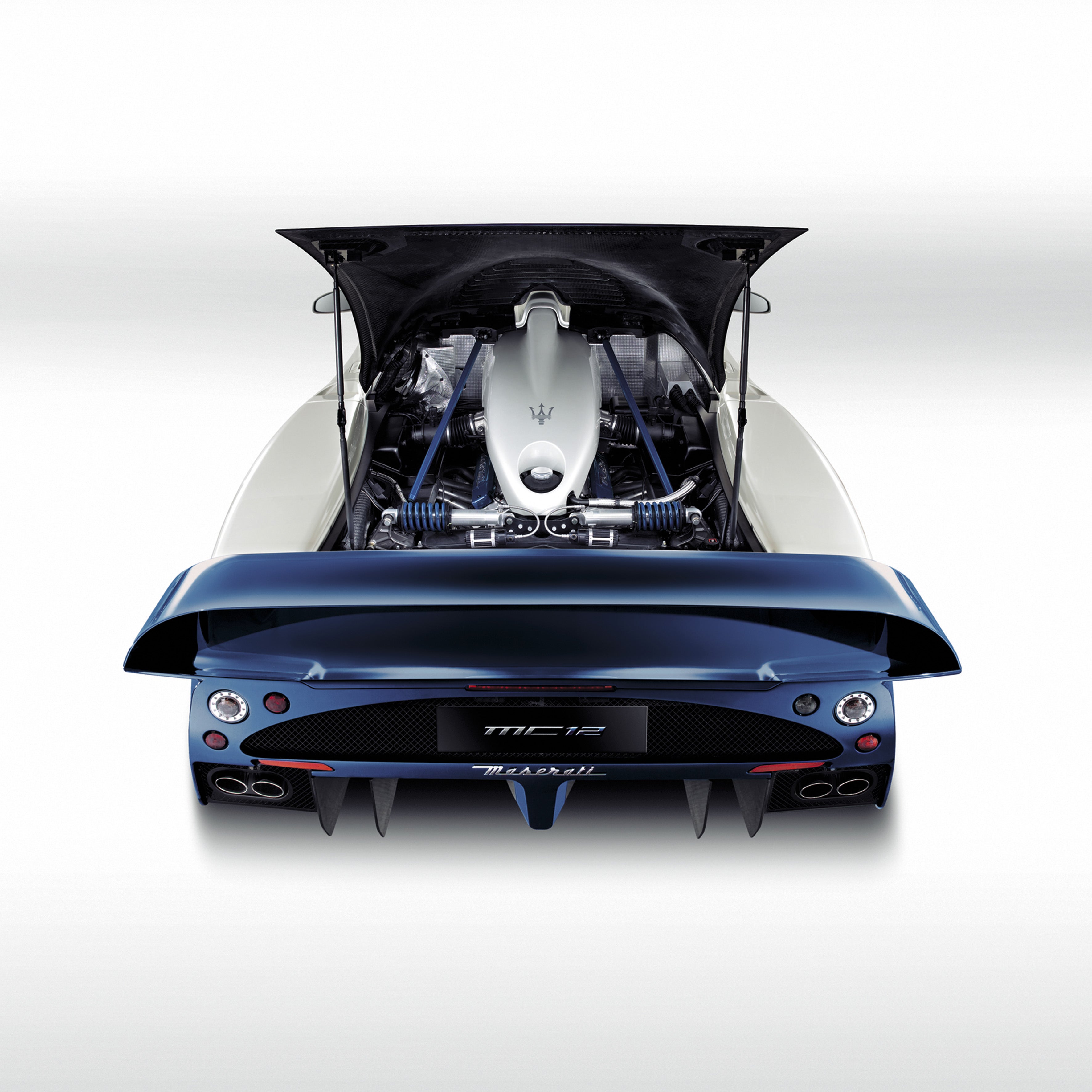 With Maserati's first new supercar in 16 years being revealed in Modena today, we may or may not learn how much racing Maserati is planning to do with its turbocharged MC20, as well as how much, if any they borrowed from Alfa Romeo's stillborn 8C project. That's a question because Alfa Romeo and Maserati both live under Fiat Chrysler's roof, and while the former brand was promised the opportunity to make a mid-engine supercar with a carbon fiber monocoque, its existing 2.9-liter twin-turbo V6 and an electrified front axle for a combined 700+ horsepower, it's the latter that actually got it. That's what the MC20 is—a successor to the MC12, built around Maserati's new technology instead of material borrowed from the neighbors.

Still, even at 16 now, the original Maserati MC12 remains a force to be reckoned with. GT1, Corse, Stradale, velocità massima. It's just a special car, offering all a mid-ship Italian should.