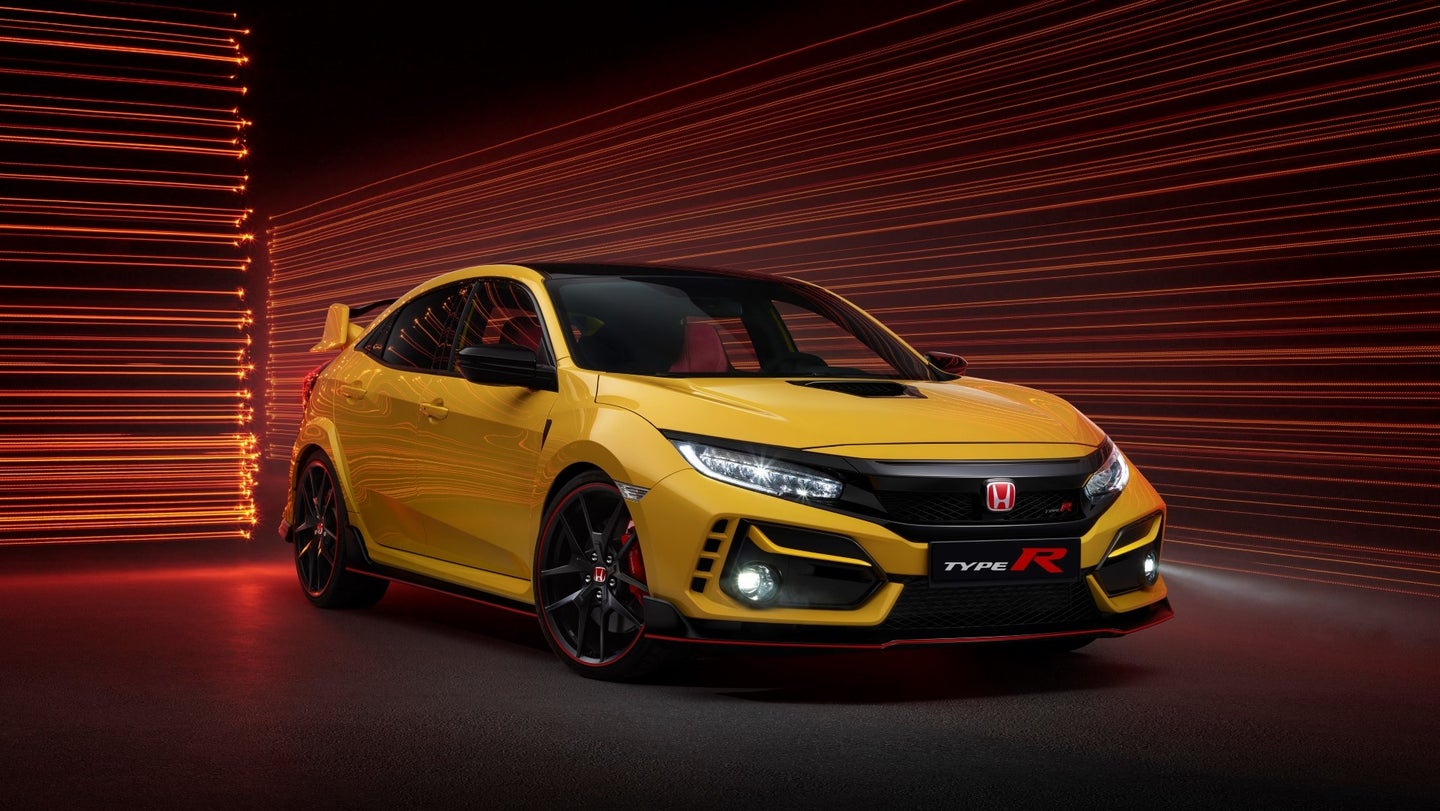 As part of the slow march towards finally being done with 2020, manufacturers and dealers are beginning to replace this year's cars with 2021 models. And in the case of the 2021 Honda Civic Type R, this means a new special edition model to further tempt you into plunking down some serious cash for today's hottest hot hatch.

While the regular 2021 Type R appears to be identical to this year's model, Honda's pocket rocket now gets a slightly lighter, very yellow Limited Edition version. Painted in eye-catching Phoenix Yellow, as if the CTR wasn't attention-grabbing enough already, this Limited Edition will also rock a black roof, black mirror caps, a black hood vent, and a darker chrome "Civic" badge on the hatch.

Lightweight forged-aluminum BBS wheels—unsurprisingly also finished in black—cut 18 pounds of unsprung weight and are wrapped in Michelin Pilot Sport Cup 2 tires. Both the Type R LE's adaptive dampers and electric steering have been reprogrammed to match this lighter-and-stickier setup. What's more, Honda has ripped 28 pounds of sound deadening out from this car, resulting in a curb weight 46 pounds leaner than the standard macho Civic.

Taken off the bathroom scale, the Limited Edition Civic Type R officially lapped Honda's own Suzuka Circuit in Japan quicker than a Ferrari F40 as well as every other front-wheel-drive car to ever visit the 3.6-mile track, turning in a lap of 2:23.993.

While the regular 2021 Honda Civic Type R is arriving at dealers now for $38,450, the Limited Edition is coming later this month and will sport an MSRP of $44,950. Given the fact that those Cup 2 tires alone retail for about $1,500, honestly isn't all that bad of a deal...assuming you can get your hands on one.

Only 600 LE Type Rs are being made, 100 of which are going to Canada and sold out completely online in just four minutes.