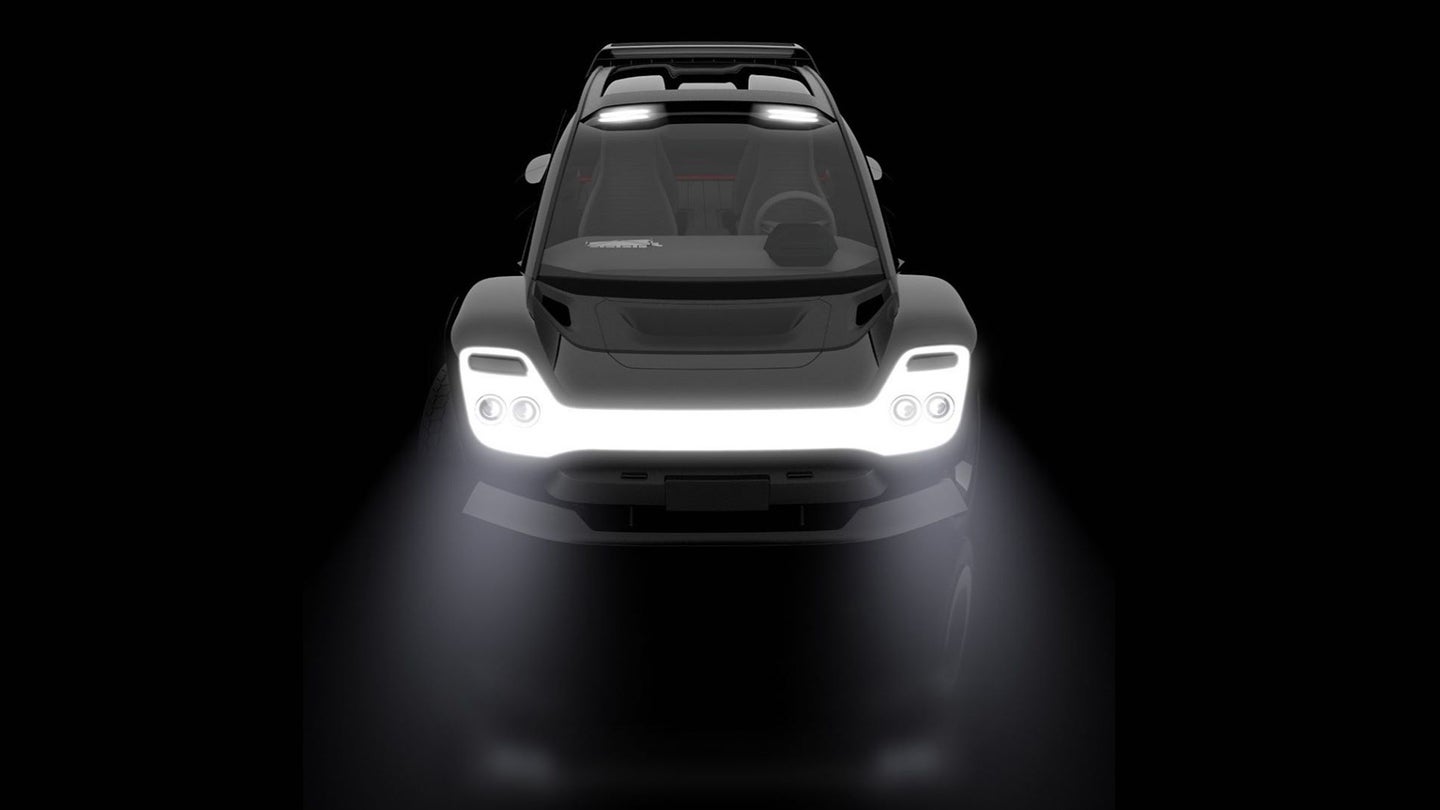 Automobili Amos is a company run by GT and Dakar Rally racer, car collector Eugenio Amos, who's one of many fans of the original Lancia Delta. Designed by Giorgetto Giugiaro as a compact family hatchback for 1979, the later all-wheel-drive Delta HF Integrale went on to score 46 WRC victories, granting Lancia with an unparalleled six Constructors Championships by 1993. Having perfected the original recipe for its first product in 2018, Automobili Amos is now working on a brand new electric car that as such won't be a conversion of an existing vehicle for a change.

As well as being a Pro-Am champion of the 2010 Lamborghini Super Trofeo series, company founder Amos is a dedicated collector with a few cars in his garage finished in his favorite shade of green, including the second Ferrari F40 he purchased, a 911 GT2 RS, and the one-off Bentley Continental R Lightweight Coupé commissioned in 1996 by Carlo Talamo of Milan. Other highlights of the garage include a silver Mercedes CLK GTR that he says he wouldn't sell, a white Lancia Delta Evo 1 sporting the Martini livery, and a red S4 Stradale, the homologation special that inspired the interior of the company's $360,000 Lancia Delta Futurista:

Re-engineering a late-1980s four-door hatchback into a flashy coupé that can try to justify its $360,000 price tag is not something we see every day. Based on the chassis of a standard Delta Integrale 16V and limited to just 20 units, the resulting Lancia Delta Futurista is a 2,755-pound two-door widebody wonder wrapped in carbon fiber, packing a turbo-four tuned to a healthy 330 horsepower.

With this extreme Lancia restomod making major headlines in 2018, Automobili Amos is now looking into a future where its electric car would make a buzz. Talking to the fans via Instagram, Eugenio Amos had this to add about the project:

I want to start this new year - because of course the new year starts in September - by introducing you to what will be the next chapter for Automobili Amos. Truth be told, I'm afraid many of you won't understand, some perhaps will get proper pissed off about what I’m about to tell you... please remember that you probably had the same feelings regarding the Futurista when we got started.

Back in the lockdown days - during my live sessions - I spoke quite freely about our future: we're making our very own, brand new, electric car. Mind you, it won’t be either a restomod or a conversion. We're starting from a blank slate, because we want to create something for the moment we live in, before all cars turn into smartphones. We’re at the very beginning of a long journey, I can only promise that it will express and champion all of our shared values.

It will be another love letter, this time dedicated to the future rather than the past"

When it comes to their priorities in the EV field, Mr. Amos says the car will still be tuned towards "handling and fun above all." Without taking any wild guesses, let's just imagine a Lotus Evija hatchback for a moment. With a decent dash of Italian flare, of course.