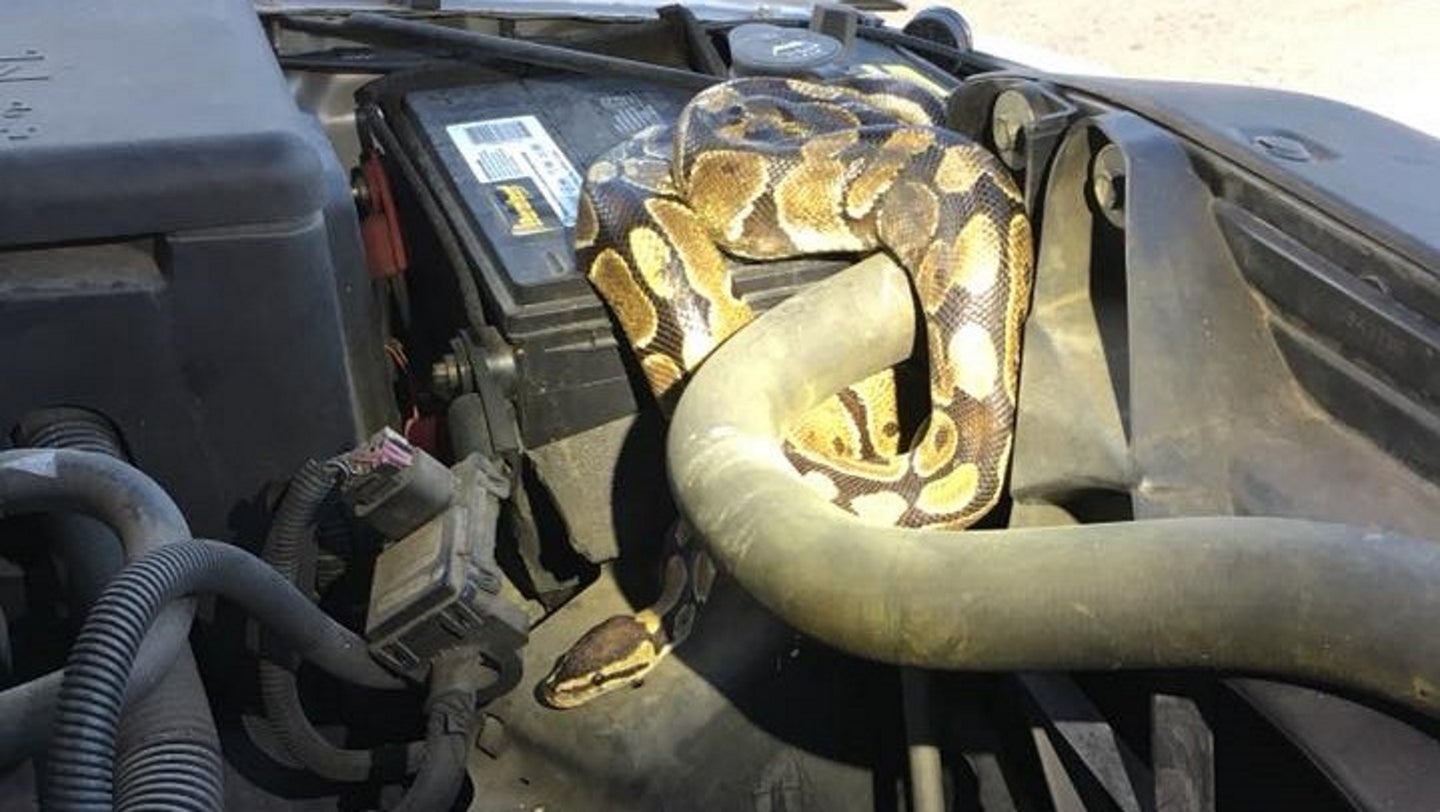 It’s never a good feeling when you’re driving along and suddenly something goes wrong with your car. An unsuspecting woman from Omro, Wisconsin experienced this and the trouble with her GMC Yukon was extreme enough that she pulled over and popped the hood to try to identify the problem.

The diagnostic didn’t take long as she was surprised to find a snake slithering around her engine bay (how does this keep happening?). Ironically, the serpent had pulled off the serpentine belt which means some important components like the power steering pump and the air conditioning compressor probably weren’t working properly. Luckily, it sounds like that minor defect was the extent of the damage done by the lost ball python.

The driver understandably didn’t want to remove the python herself so she got some assistance from the Omro Police Department. A couple officers took a shot at wrestling the python out, but found themselves defeated. That was when Winnebago County Dispatch got a hold of Steve Keller, a snake expert from Menasha, Wisconsin (which also happens to be the location of a damn good Back to the Future Delorean replica) for assistance.

Keller was able to remove the snake with the assistance of a tow truck lifting the truck to give the snake an easier escape route. We’re not sure about the fate of the snake, but according to the Omro police, it’s alive and well.

So, next time you hear some clunking around under your hood or your power steering stops working, you may want to take some extra caution when you pop the hood. There might be a less friendly creature in there who won’t be happy to see you.

Boa Constrictor Found Under Hood of Car in Massachusetts

A strange place for a tropical snake to call home.

Tracking anybody in a heavily wooded area can be difficult. Drones can provide some guidance as Wisconsin police found out last month.