Boa Constrictor Found Under Hood of Car in Massachusetts

A strange place for a tropical snake to call home. 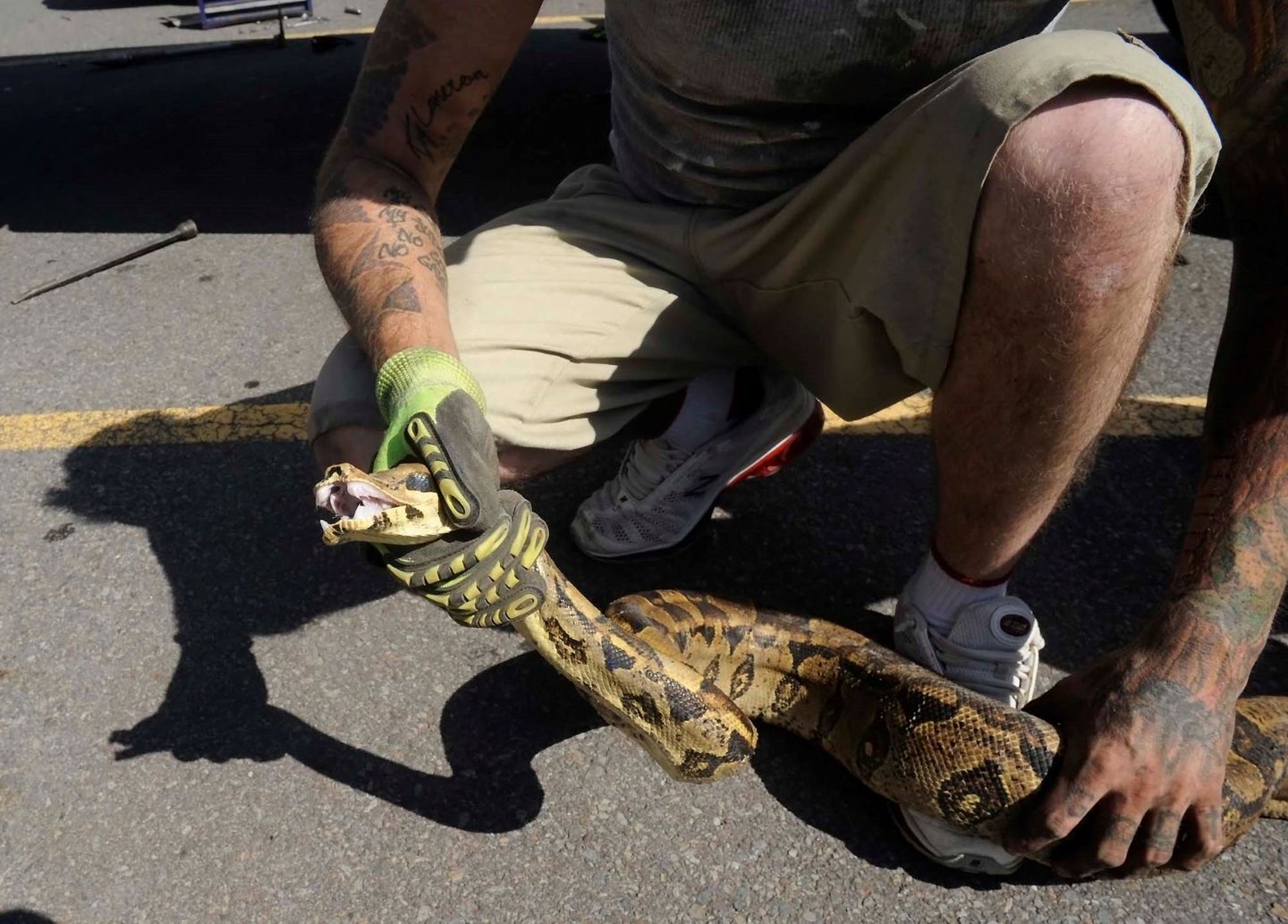 A Stoughton, Massachusetts resident was surprised to find a boa constrictor under the hood of his car this past weekend.

Joe Reed went to check his truck's fluids when he was startled to find the large reptile coiled up and sleeping on the vehicle's engine, according to the Stoughton Police Department.

"I didn't notice it at first," said Reed to CBS Boston. "I reached down beside my radiator and then as soon as I looked up, it startled me. It was unexpected that's for sure."

Reed then called animal control and the police to help remove the snake, which was at least five feet long.

“The snake kind of woke up and wanted to crawl down in my engine and they had some type of mop handle,” Reed said. “So, I got the mop handle underneath the snake and kind of held it there and the other officer grabbed it behind the head and we wrangled it up the engine and into the barrel."

Reed said that this was his second encounter with the boa. While taking the trash out on Friday night, he found the snake on top of his trash cans. He was not expecting to cross paths with the tropically-indigenous snake again, especially in the typically-cool New England climate.

Three officers who, according to WCVB's report, had no experience dealing with snakes and an animal control officer removed the creature and successfully relocated it.

Lieutenant John Booney was the officer that grabbed the animal to help Reed place it in a bag.

"We get snake calls every once in a while, but usually our animal control officers working and thankfully we begged him to come in and he got here pretty quick," Booney said.

Booney said the snake will be with animal control for ten days and was not harmed.

"If nobody steps up and says 'that's my demon,' then he'll [sic] keep it and take it on tours and show it to little kids," Booney said.