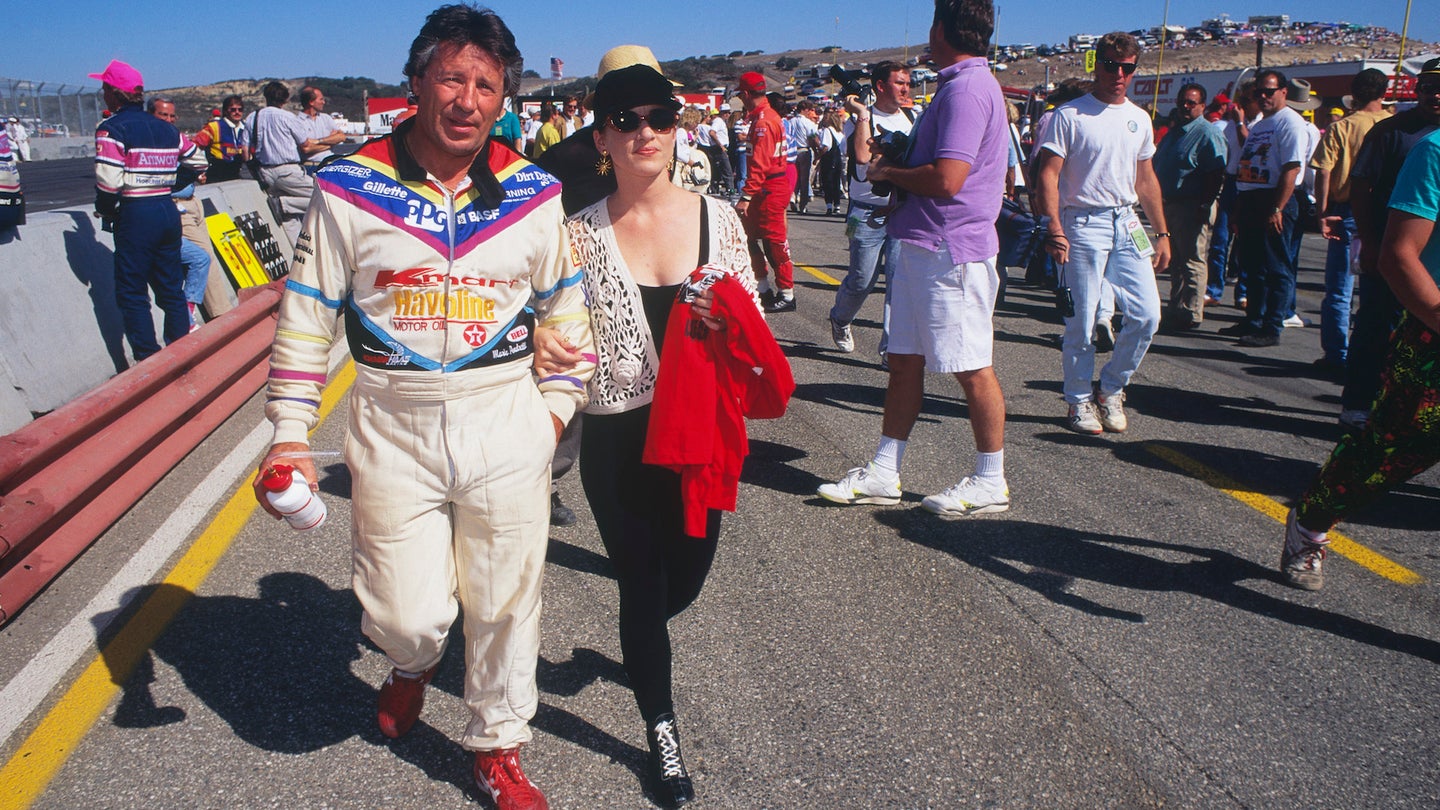 Mario Andretti's wife of 57 years, Dee Ann Andretti, died Monday night after failing to recuperate from a massive heart attack she suffered weeks ago. She was 75 years old.

The passing of Andretti was made public Tuesday, after her grandson, Marco Andretti took to social media to share a heartfelt message about "Grammy Andretti." The photo, which was posted on the third-generation driver's Instagram account, showed both Dee Ann and Mario enjoying dinner together at a restaurant.

According to Racer, a "noticeably distraught" Mario Andretti confirmed that Dee Ann had recently suffered a heart attack and that the days following were crucial for her health. The former Formula 1 champion and Indy 500 winner had to leave her bedside and in intensive care, so he could meet several work commitments at the Road America IndyCar race two weeks ago.

A plethora of members of the racing community have expressed their condolences to the iconic racing family through social media, including the one venue that means most to the Andrettis, the Indianapolis Motor Speedway.

Dee Ann and Mario met when she signed up to be Mario's English language tutor after his arrival from Italy. The couple fell in love and married in 1961 and had three kids together; Michael, Jeff, and Barbie. According to The Morning Call, a gathering and mass in honor of Andretti will take place on Friday morning at Holy Family Catholic Church in the family's hometown of Nazareth, Pennsylvania.