Parody Car Reviewer Wraps Every Automotive YouTuber Into One Character

Get ready to laugh and roll your eyes—a lot. 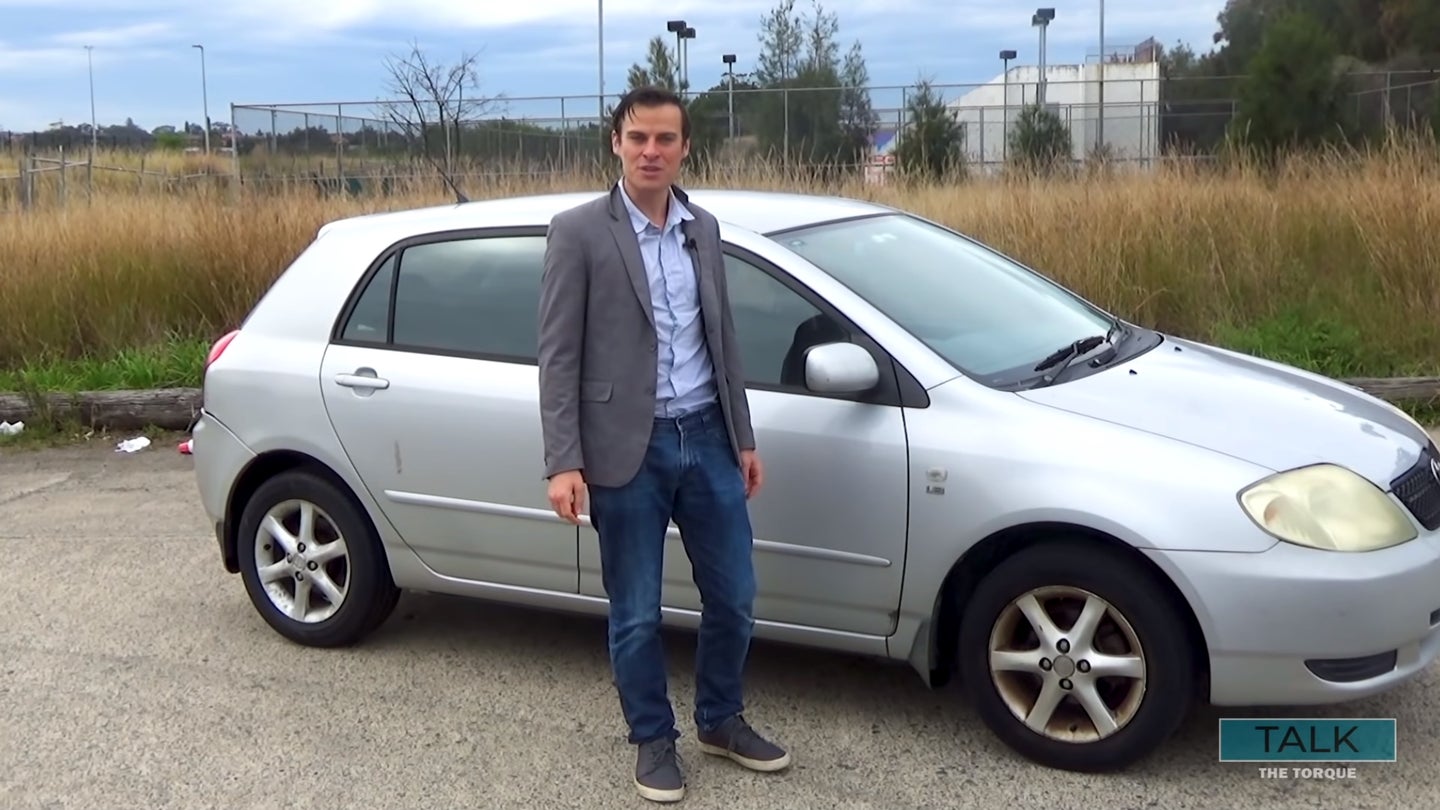 There are words and phrases common to any profession or hobby, and if you're reading this, you're likely familiar with many of them concerning cars. Words like beefy, full-bore, bonkers—all of which are on The Drive's list of banned words, but that's just a taste, though. There are dozens of words that are so common to writing about cars, that they're considered beyond cliche.

In fact, if you really wanted to, you could make a whole parody video about all of the words, phrases, and mannerisms common to a ton of auto journalists. British auto journalists, in particular.

This video reminds me of just about every British car personality in some way. I think over in the U.K. there's still a lot of Top Gear influence floating around, which isn't a bad thing, it just makes a lot of the reviews have a similar vibe. We don't really have that in the United States, do we? Who are we supposed to imitate; Jay Leno?

I think this guy even has the British auto journalist attire and haircut down pretty good. We all know that the U.K. is sort of stuck a decade behind when it comes to fashion, so just looking this character up and down—yeah, 2010 seems about right. Sort of reminds me of that fella from carwow, actually I think Tiff Needell might be more accurate. There are obvious influences from Jeremy Clarkson here, but I'm trying to be a bit more nuanced than that.

The choice of car to review is also accurate. The Porsche 911 is perhaps the most... I'm having trouble finding the words here without immediately heading into some inappropriate language, so I'll just say that a lot of auto journalists like it a lot. It would be unfair to say praising a good car is a bad thing, but at a certain point, it just becomes overwhelming.

Combine all of these details with the fact that the car he's reviewing is not actually a 911. I think it's a Toyota Corolla hatchback? Certainly a Europe-only model. It has a massive dent in the driver's side fender and the shift boot is slowly decomposing. I think Porsche actually offers those two features as standard on the latest 911, so he got that right.

Perhaps he can do another video about the approximately 1.8 trillion Tesla owner channels now on YouTube. Plenty of source material there.

It’s got a manual sunroof and ratchet straps for engine mounts.