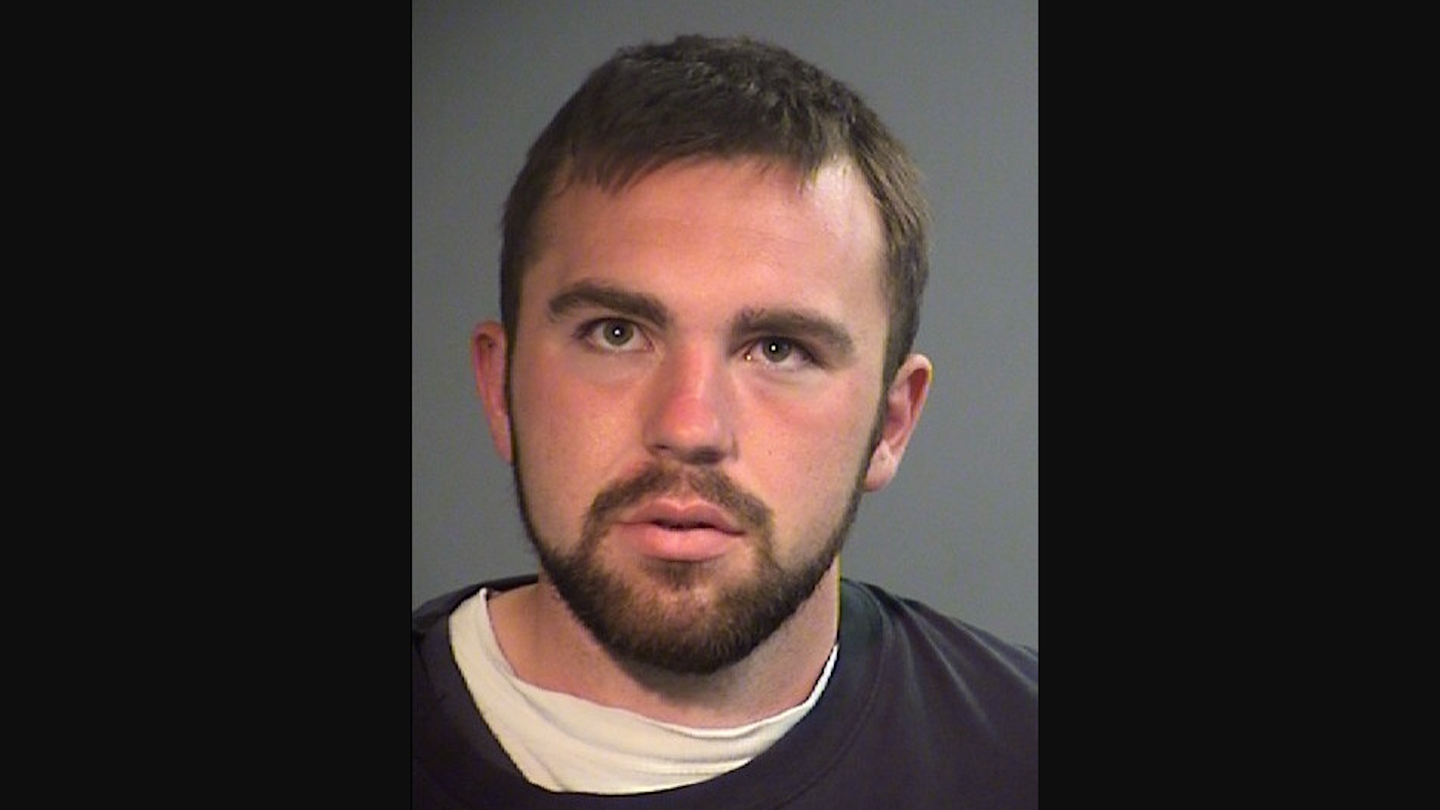 It's game over for an Oregon man who was busted for stealing a car right in front of police last week before taking cops on a wild 40-mile chase.

But here's where the story takes a turn. The Jackson County Sheriff's Office says 23-year-old Anthony Clark admitted to police that he was hallucinating on LSD and stole the car believing he was in a real-life version of the video game Grand Theft Auto.

Clark is said to have first been spotted exiting the passenger's side of a pickup truck stopped nearby as two deputies were in the process of having a 2003 Toyota Camry towed from the road. Next, he approached one of the deputies and told him he was going to steal the car before hopping in the vehicle and speeding away, according to The Oregonian.

During the pursuit, Clark evaded officers several times by driving off the road, including going the wrong way on Interstate 5. He also crashed through chain link fences and ran over spike strips twice in an effort to outrun the police. After speeding through several towns, the suspect attempted to ram one of the police cars in pursuit before deciding it was best to run and leave the stolen Toyota behind.

But the Michael De Santa wannabe wasn't done yet as he attempted to steal a second car from a nearby mobile home park. However, this time around the police were able to stop Clark before he could get away.

Clark faces a plethora of charges, including attempting to elude an officer in a vehicle, driving under the influence of intoxicants, reckless driving, and recklessly endangering another person. The sheriff's office reported that there were no injuries caused by the chase.