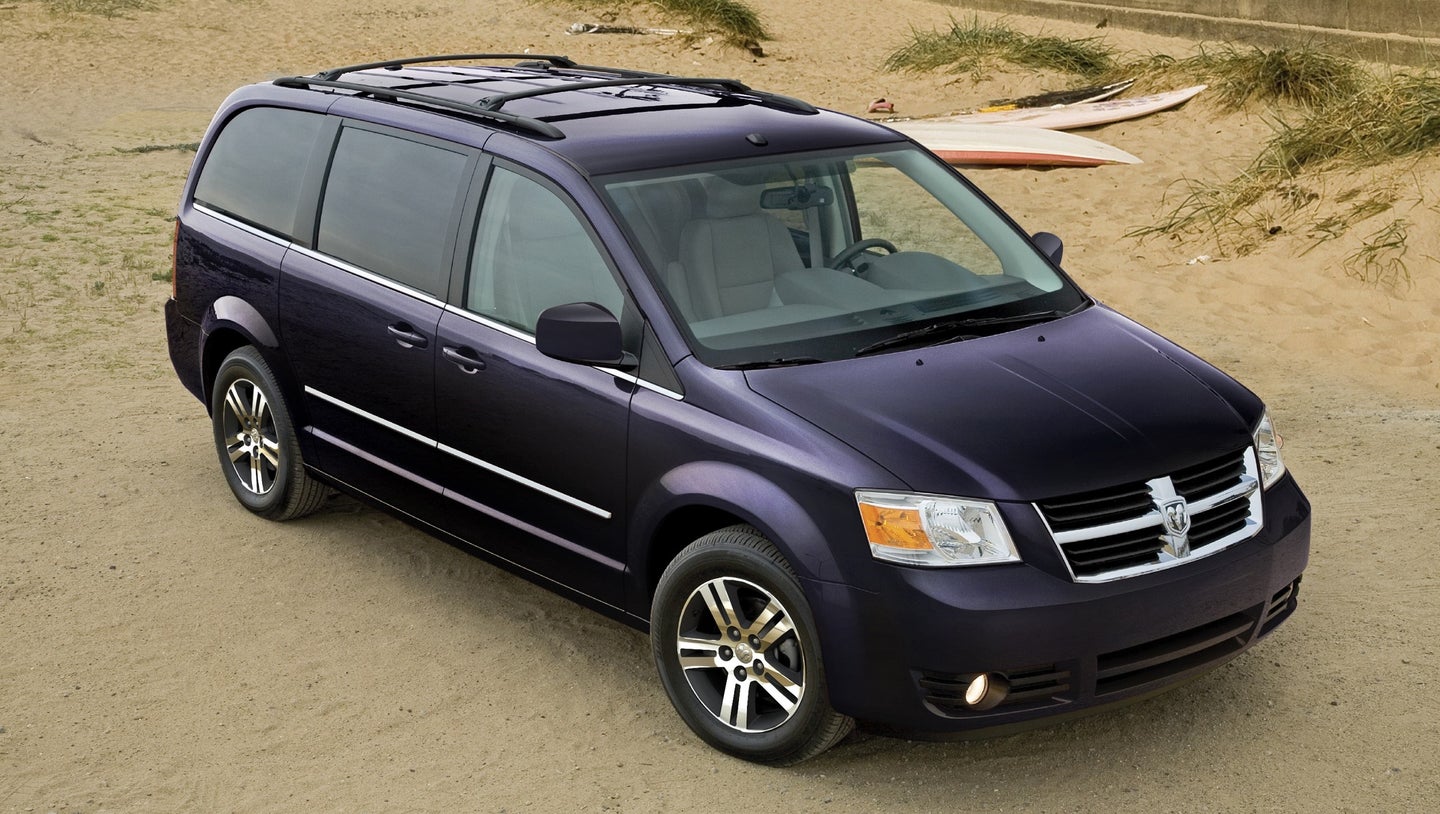 If you own a Dodge Grand Caravan, Chrysler Town & Country, or Dodge Nitro that's a little over 10 years old, you might want to be extra careful. Fiat Chrysler has issued a recall for a whopping 1.2 million minivans and Nitro SUVs worldwide over steering wheel airbags that could potentially contain projectiles. Despite sounding very similar to the now-infamous Takata airbag fiasco, FCA explicitly states that the airbags in this instance were not supplied by Takata.

According to the automaker, "An FCA investigation discovered these vehicles are equipped with certain clips, no longer in use, that may–over time–loosen and disengage. Should these things happen, and there is a driver-side air bag deployment, the clips and/or plastic emblems they are meant to secure, may act as projectiles."

You don't need to be an auto expert to know that a hard, plastic Dodge badge flying into a driver's face in the event of a collision is a very bad thing. Unfortunately, the company is already aware of 14 potentially related injuries, all of which involved the driver.

Recall notices will be sent out next month and defective airbag covers will be replaced. In the meantime, FCA officially advises owners to not "tamper" with the badges located in the center of the steering wheel.

Just last year, Honda and Acura recalled 1.1 million vehicles over their potentially shrapnel-blasting Takata airbags while an NHTSA investigation revealed that up to 12.3 million cars on U.S. roads might have airbags that fail to deploy at all, a list that notably includes the 2010-2011 Dodge Nitro.

What You Need to Know About Volvo’s Biggest Recall Ever

Among the affected are the Mustang, Escape, and Fusion.