Barbie Has the Best Toy Cars

Of course Barbie's an enthusiast. She drives 911s and Corvettes everywhere. Let's do a deep-dive into her vehicular history. 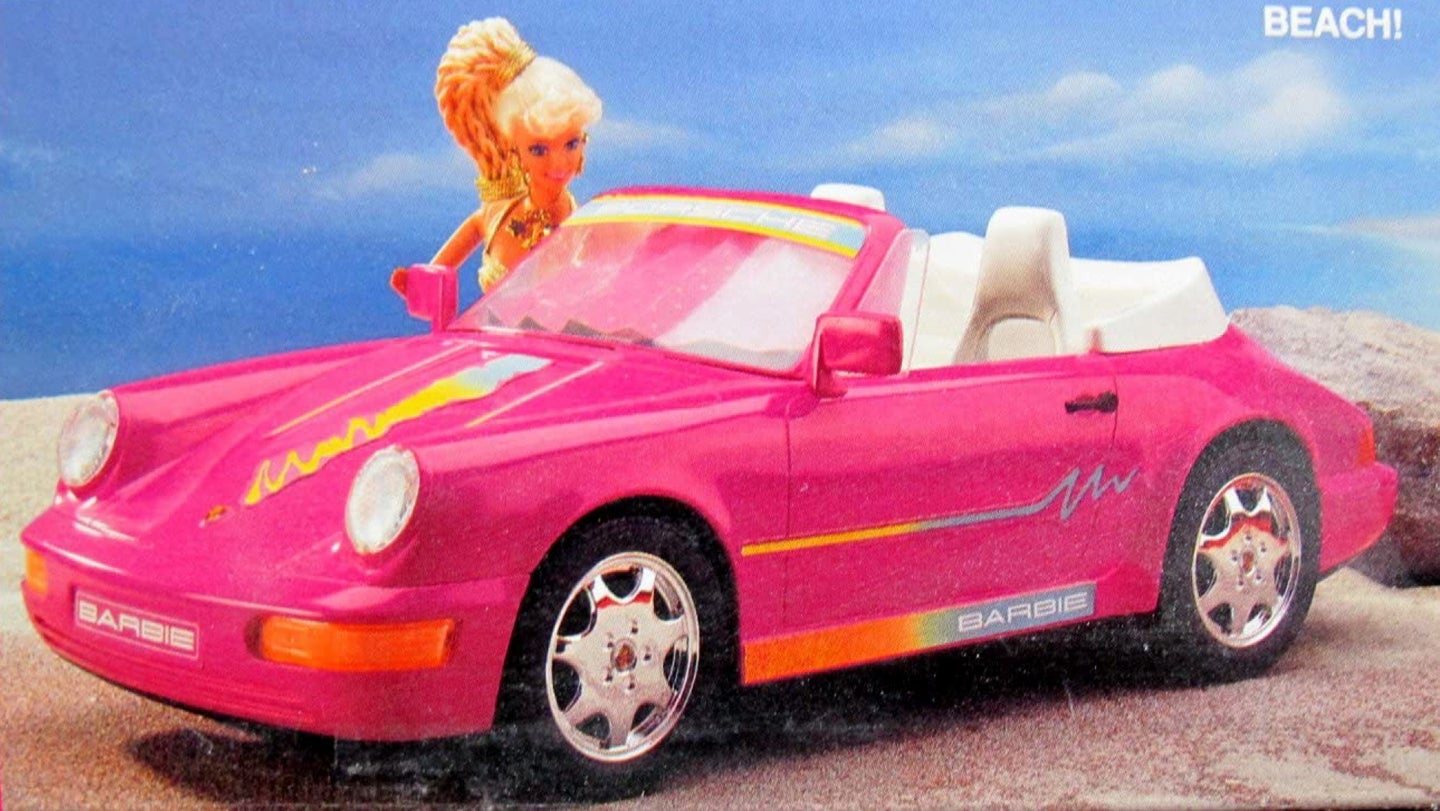 Say what you want about Barbie's favorite color, but the woman has good taste in cars.

From 1962 onward, Barbie's had everything from Jeep Wranglers to Porsche 911s in her garage, all of which are a sheer delight—and these doll-sized vehicles were some of my favorites as a kid. In fact, I thought they were the best part of Barbie. I mostly posed the dolls and didn't want to mess them up. But the cars? Those saw the most action.

As with actual cars, they have a pretty fascinating history, too. In fact, the Barbie car was an inevitability. Barbie's first "Dreamhouse" debuted in 1962 in her ever-widening quest to let kids reenact every aspect of daily life in small scale. While the Dreamhouse's one-room studio layout wouldn't be out of place in a New York City apartment building, the Barbie Subway would have been much harder to push all the way across the living room. Barbie needed a car to get around, and naturally, she got one of the coolest: an Austin-Healey 3000 Mk II.

Best of all, this was Barbie's car. Later cars were marketed for Barbie and Ken, and then some for just Ken, but most of these were Barbie's rides, first and foremost. Later, Barbie's sisters and friends including Skipper and Shani got their own cars, too.

The one theme throughout the history of Barbie cars was that she always had her own car, and many of them weren't the less powerful fare that gets unfairly stereotyped as "girl cars." You could still find cars that get associated with women on a regular basis, including Porsche Boxsters (complete with motorized convertible roofs!), Volkswagen Golf cabriolets and various minivans if you wanted. (I'll be honest, the New Beetle with its flower-power sticker kit would have definitely been on my wish list.) But Barbie wasn't limited to these.

The Chevrolet Corvette was so ubiquitous throughout Barbie's history that it's usually the first car that comes to mind when you think of a doll-sized Barbie car. The Jeep Wrangler is another vehicle so associated with Barbie that Power Wheels-based "Barbie Jeep Racing" has become an entire genre of hold-my-beer downhill fun. Jeeps, too, make frequent appearances in doll sizes. Now it's almost a given that you'll see at least one flamboyantly pink- or purple-trimmed Jeep in real size at off-road parks everywhere, frequently adorned with "drives like a girl" or "not his car" stickers just to clarify things.

Barbie's second car was a Mercedes 190SL, for Pete's sake. After that came a T-bucket-style "Hot Rod." The 1957 Chevrolet Bel-Air was added to Barbie's garage before they became a car TV restomod cliché. Barbie cars had chrome wraps before they were cool. My favorite car, the Porsche 911, was also available for Barbie dolls and came complete with working lights.

Many of the licensed cars were surprisingly detailed. Barbie's sweet targa-top Ferrari 328 GTS even came with the little Pininfarina badge on the side. The C4 Corvettes had the right dashboard down to the button layout. There's an exhaustive list of Barbie's rides on the Barbie List Holland collectors' site, and it's a truly enviable collection.

For a doll accessory that came right after the dumbed-down, designed-by-men "car for women" known as the Dodge La Femme, the Barbie car was pretty important. Maybe they took note that Dodge's exercise in chauvinism was a commercial flop. Or perhaps they realized that sticking to stereotypes wouldn't fit a doll who became an astronaut in 1965, two years after the Soviet Union launched its first woman into space but nearly two decades before NASA followed suit. Cars were a very male-dominated space, even more so then, but here she was, driving sports cars everywhere.

Since then, the Barbie-verse has had RVs, race cars, tractors, ATVs, helicopters, scooters, boats and dune buggies in addition to all manner of extremely cool cars. Barbie even got a new Volkswagen Microbus two decades before the real-life VW I.D. Buzz will go on sale. You won't find the variety of cars that you would in Hot Wheels (a line of toys started by the husband of Barbie's creator) or Matchbox cars, but thanks to Barbie cars' open designs that were made for dolls, you could do something that's fundamental to any human-sized car: carry stuff.

Some Barbie cars were even remote-control cars, except way cooler thanks to their doll-and-cargo capacity. Cars aren't just made to roll, after all—they're made to haul people and stuff. I was always more of a stuffed animal person, so my big Barbie limo frequently hauled Puffalumps around the house. My off-brand "fashion doll" Jeep Grand Cherokee was another favorite given its extra ground clearance that could hop over common household obstacles with ease, with doll, bunny or whatever in tow.

Between Barbie's numerous rides and Clarissa Explains It All's eponymous protagonist who constantly talked about her need for a driver's license, there were no limits or expectations to which cars I should like. Admittedly, Barbie has been the root of many of controversies over the years, from the lack of racial diversity in her toy-orbit to an unrealistic body that—no joke—was based on a lewd German gag gift. The brand and its offerings have thankfully evolved quite a bit since then.

Yet Barbie's cars continue to play an important role in expanding the automotive world to kids who might otherwise feel excluded from it, and for that, they deserve your respect. 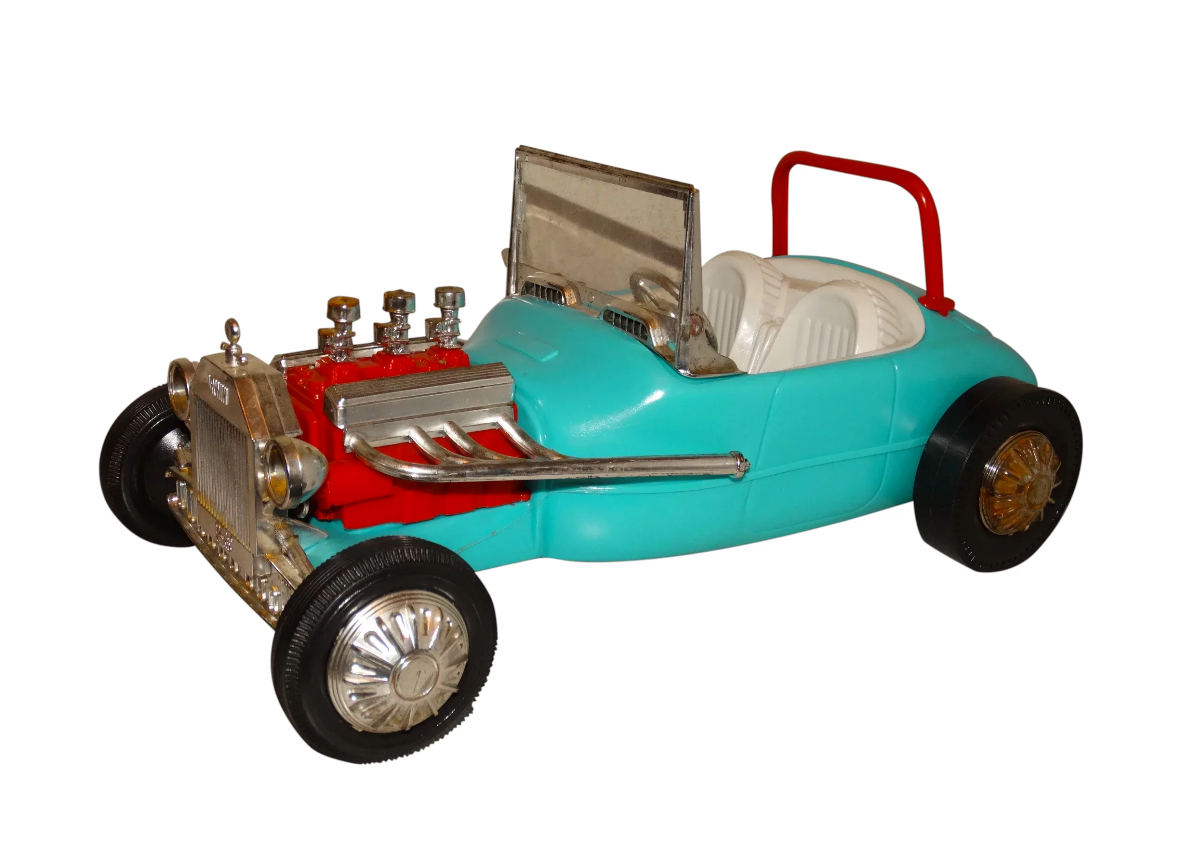 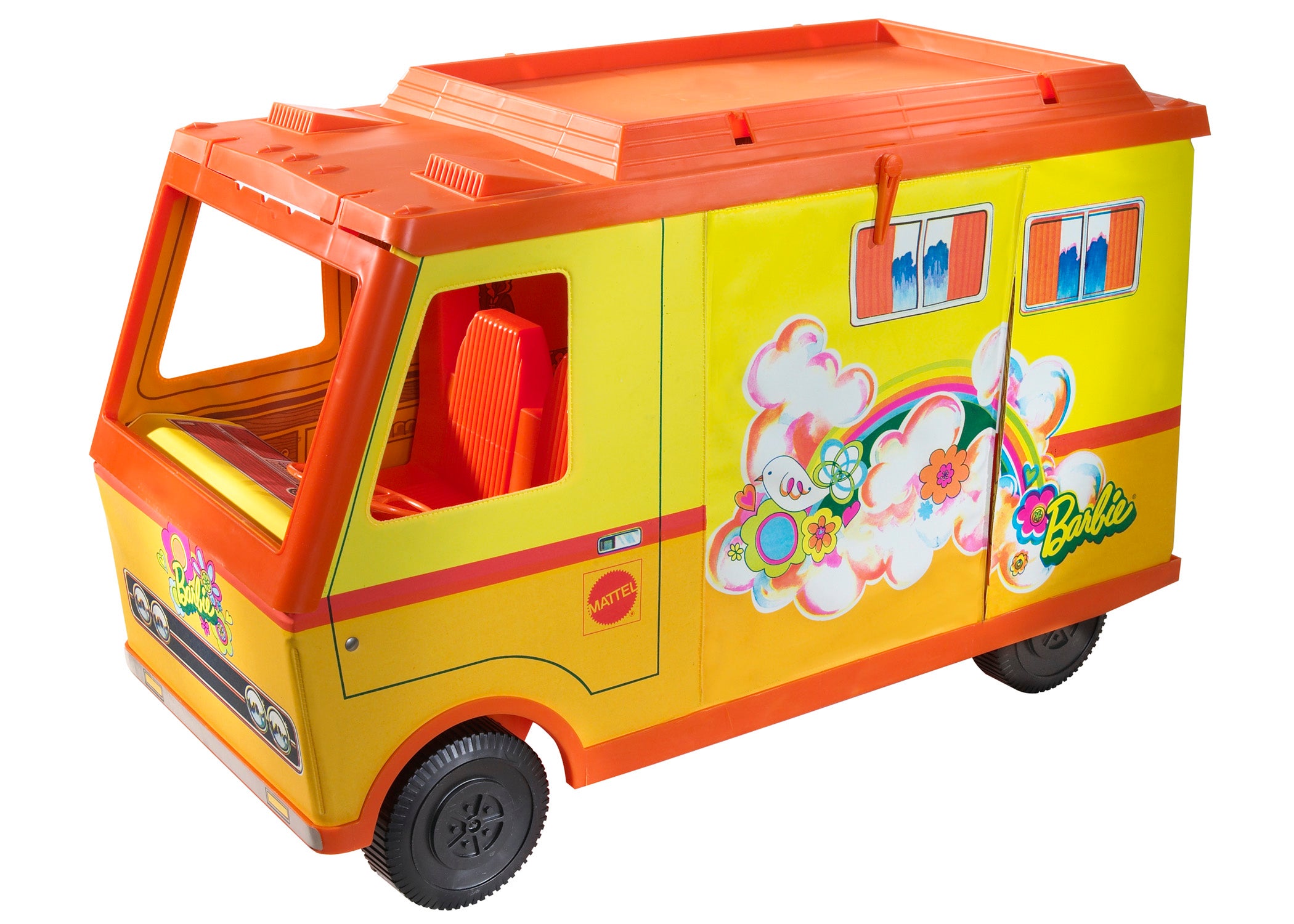 Shani's Corvette was one of many vehicles made for Barbie's friends and family. eBay 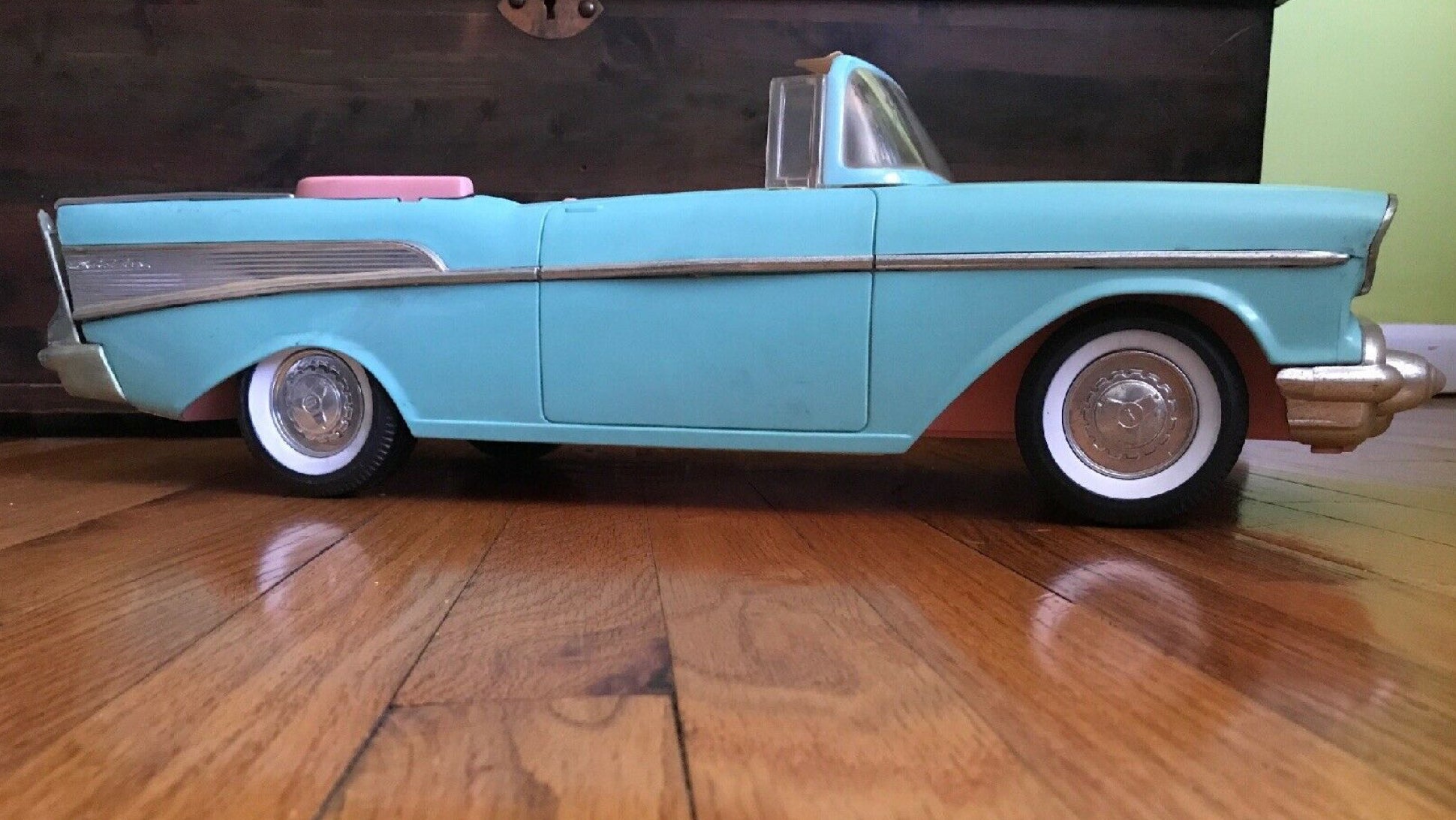 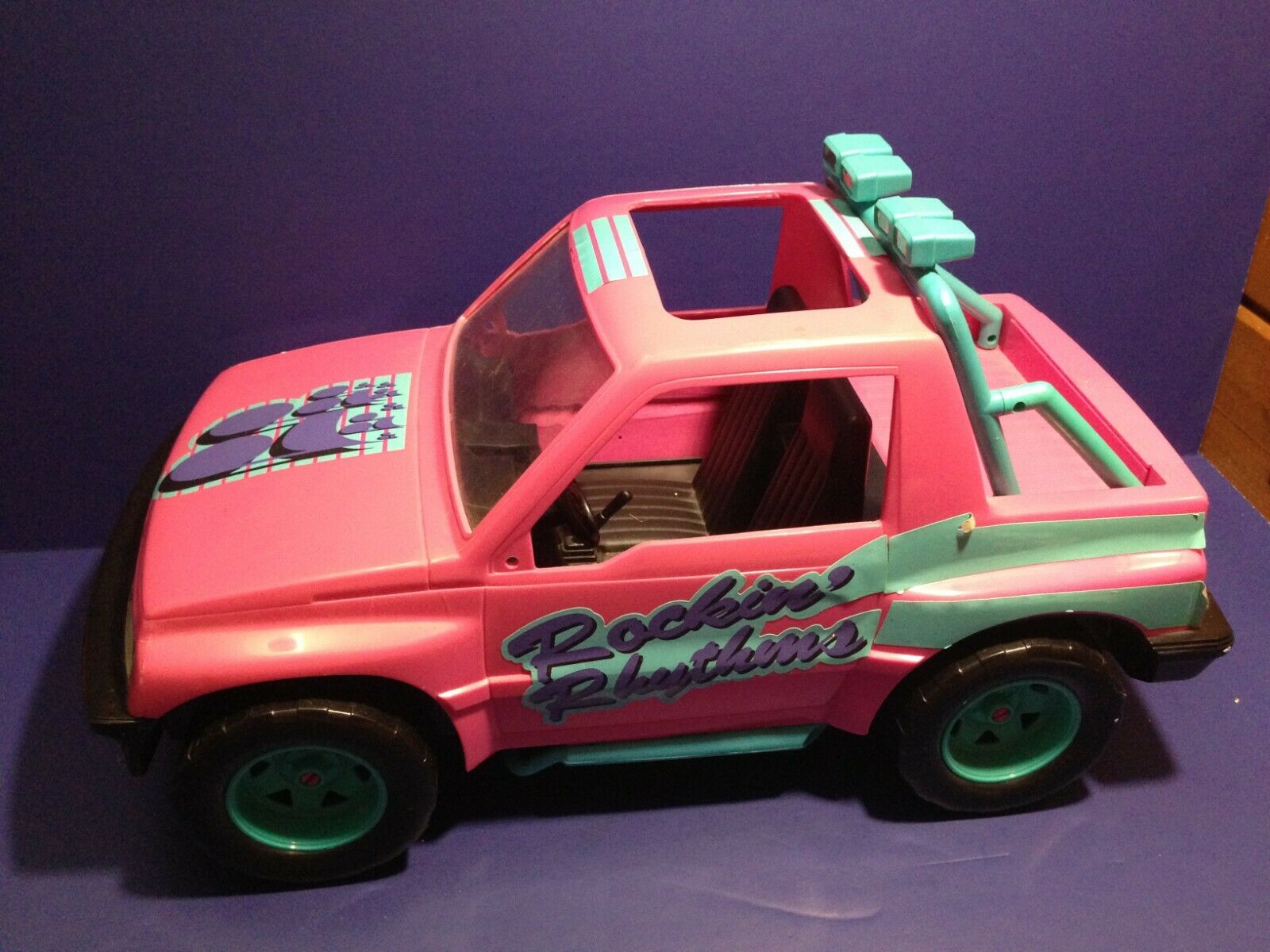 The Rockin' Rhythms casette-playing off-roader is proof that Barbie would win Radwood. eBay 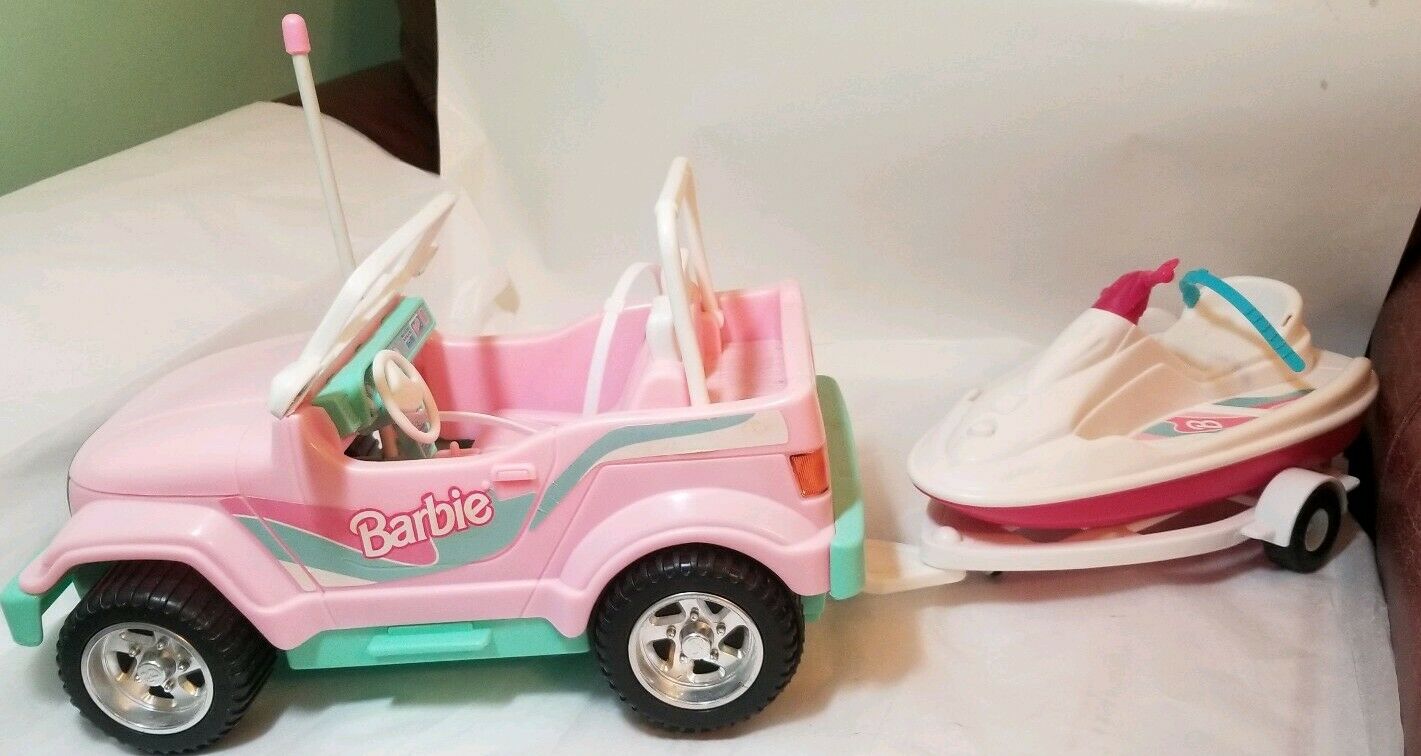 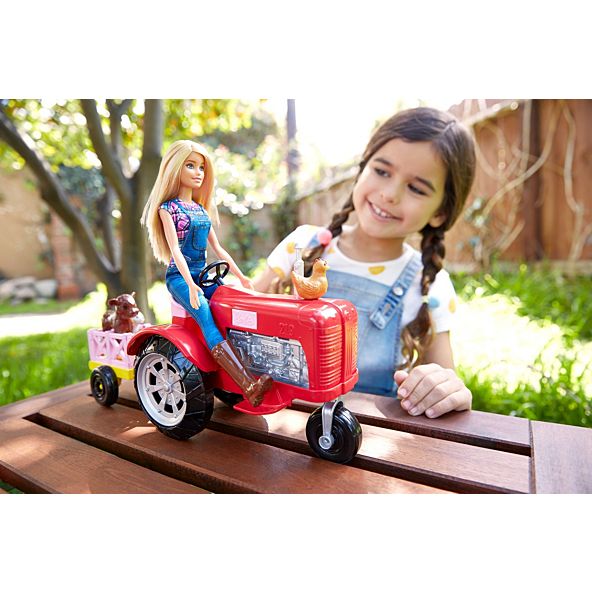 One of Barbie's many, many other vehicles. eBay 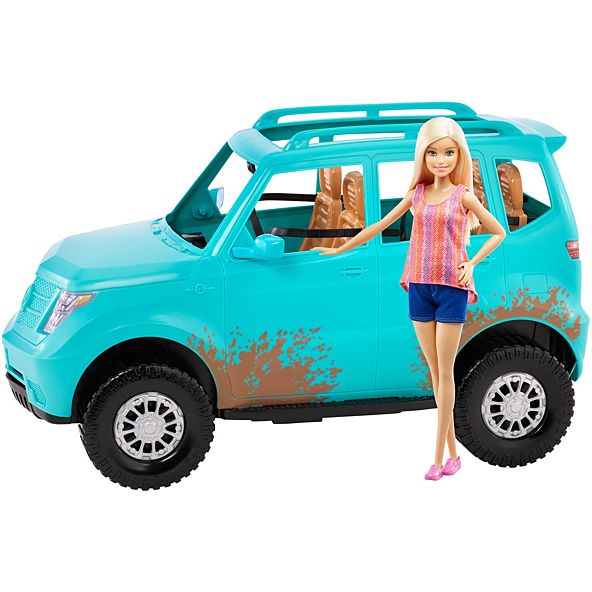