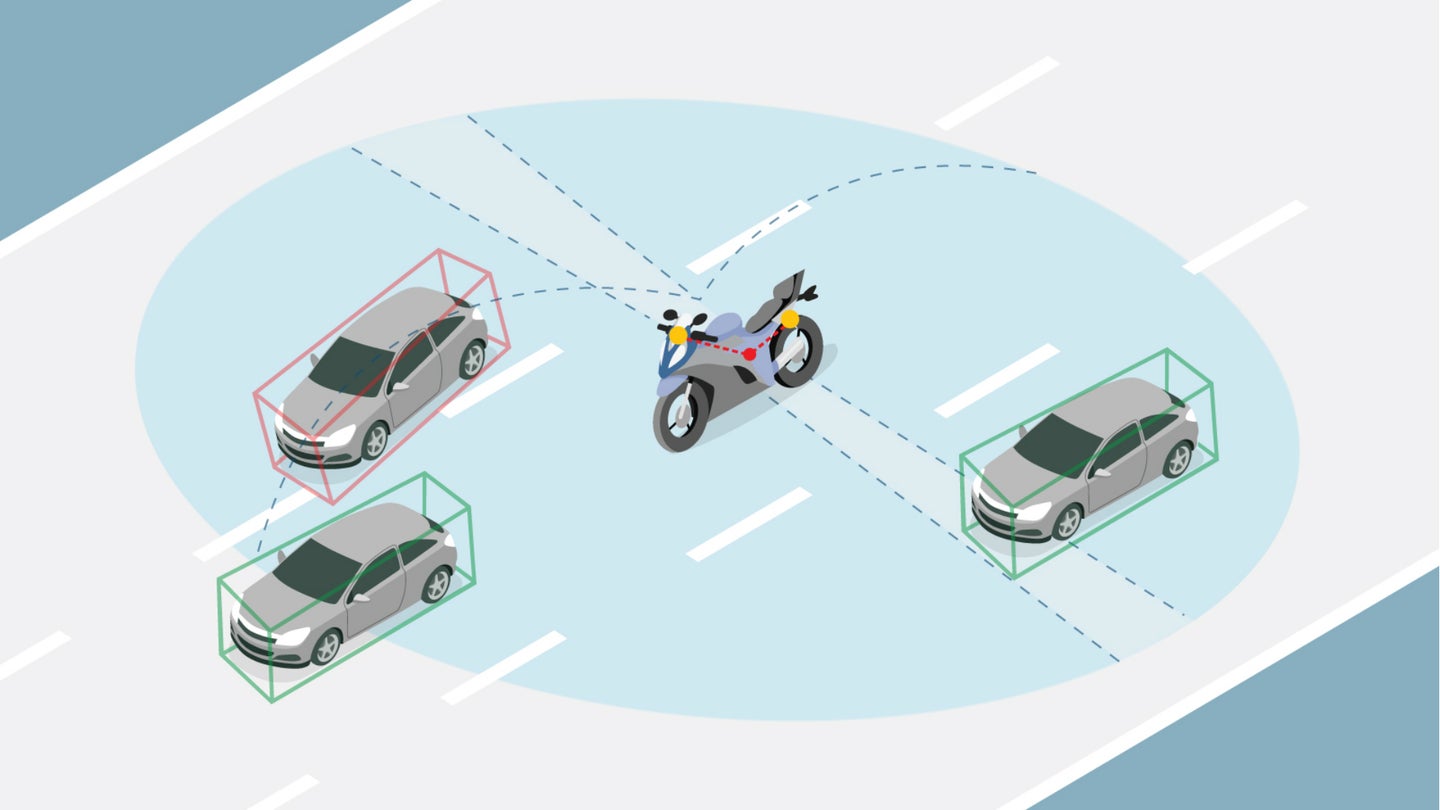 Ride Vision, a start-up developing collision aversion technology for motorcycles and scooters, just received $2.5 million in seed funding. The Herzliya, Israel-based company incorporated earlier this year and plans to have a product ready for sale in 2020, said CEO Uri Lavi.

The company's system links wide-angle cameras positioned at the front and rear of a two-wheeler with a computer mounted under the seat. It will alert riders to potential danger coming from 360 degrees around their bikes, including traffic turning towards them or coming up from behind. The system uses audio cues, plus small lights mounted above the rear-view mirrors as a visual prompt. Lavi said he does not expect pricing to exceed $300.

The new funding came from YL Ventures, a venture capital firm that invests in Israeli companies developing cybersecurity, autonomous vehicles, and other technology. Lavi said the funding will enable Ride Vision to continue developing its algorithms and expand staff. The company currently has six employees, but is looking to add engineers, he said.

Ride Vision plans to offer an opt-in mobile app that customers can use to share info about their trips, if they so choose, Lavi said. The system will also hold 32 gigabyte of video data that could be used as evidence after an accident or near-accident, he added.

The National Highway Traffic Safety Administration's (NHTSA) latest vehicle-mile travel data show motorcyclists are about 27 times as likely as passenger car occupants to die in a crash, and six times as likely to be injured.

Lavi said Ride Vision may develop a collision aversion system suitable for bicycles down the road, but that the company is currently focused on motorized vehicles.

Motorcycle Safety Tips: How to Perform an Emergency Stop

Motorcycles are fun and fast, but bringing a bike to a stop quickly and efficiently is a skill that can save your life and prevent a crash.

Formerly focused on augmented reality drone-racing games, it’s now at the forefront of implementing AR for search and rescue aid and firefighting.