5,000-Year-Old Version of a Toy Car Found in Archeological Dig in Turkey

It’s not Hot Wheels or Matchbox. In fact, it predates those by several millennia. 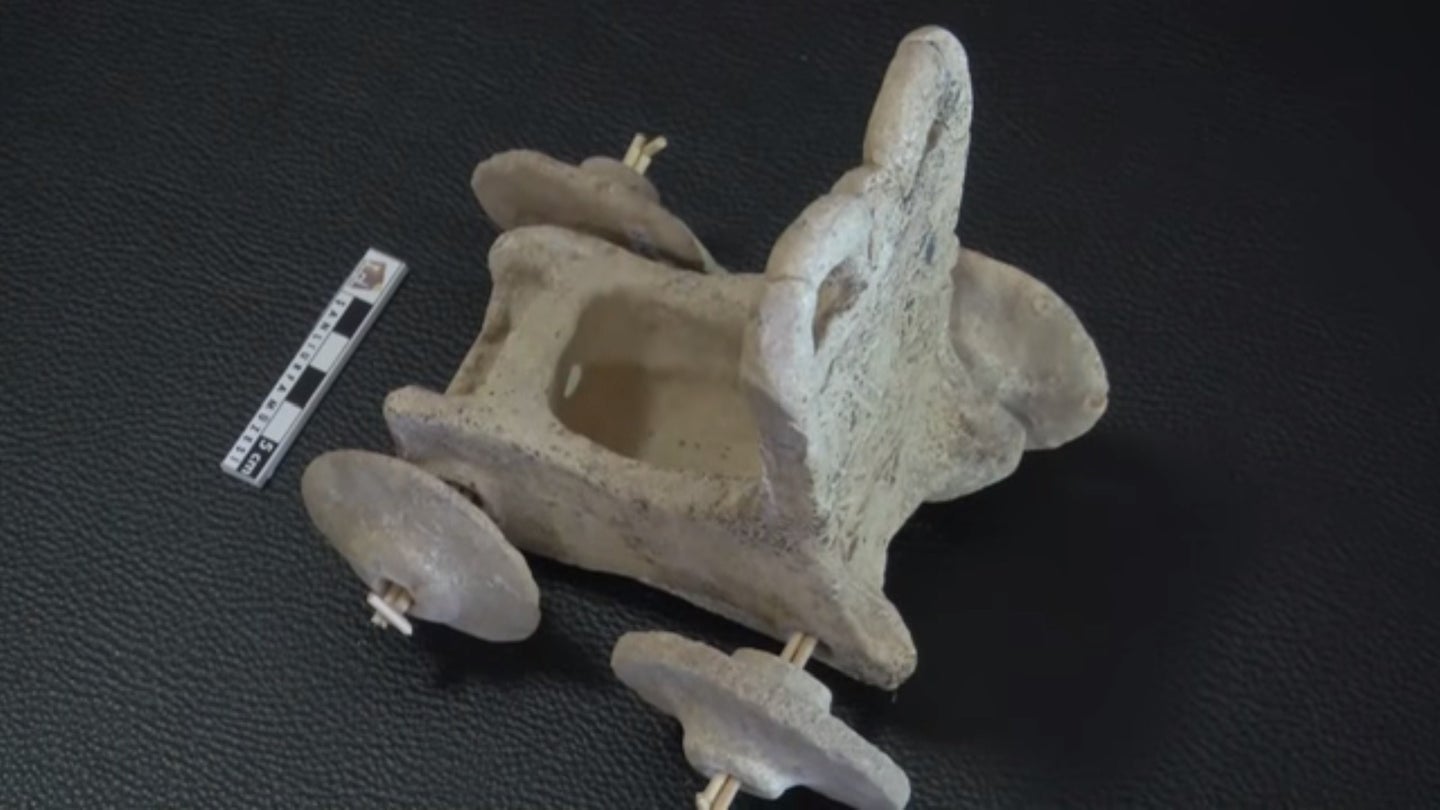 Many gearheads grew up playing with toy cars. Loyalties to Hot Wheels or Matchbox were as divisive as those between Ford and Chevy are today. But kids have been fascinated by wheels since long before these companies—or even the car itself—existed. An archeological dig in Turkey has revealed that our fascination with toy wheels goes back at least 5,000 years, reports the International Business Times.

The ongoing excavation of the ancient city of Sogmatar, in modern-day Turkey, has dug up some children's toys. The big surprise was the discovery of a small earthen carriage toy. Even back in the time of Moses (who is said to have sought refuge in Sogtamar after escaping Egypt), kids played with toy cars—or, at least, the equivalent of them back in the day.

"In one of these tombs, we found a four-wheeled miniature horse carriage, a children's toy, as well as a rattle with a bird motif," assistant professor Yusuf Albayrak of Turkey's Harran University told the International Business Times. "Children's toys were buried in children's tombs. We thus know that rattles existed for children 5,000 years ago."

Rattles are one thing, but the existence of this carriage tells us that our fascination with vehicles goes all the way back to the beginning of recorded history. "The toy dates back to the Bronze Age and is thought to have been produced for the children of kings or administrators in the city," Celal Uludag, the head of the Sogmatar excavations, told Turkish news agency Anadolu. "It shows us the sense of art and children's sense of play 5,000 years ago."

The children who pushed these toys around thousands of years ago in Turkey aren't much different than kids playing with toy cars today. The only major difference is that ancient children presumably wouldn't have made "vroom vroom" noises...since the internal combustion engine wasn't invented yet.