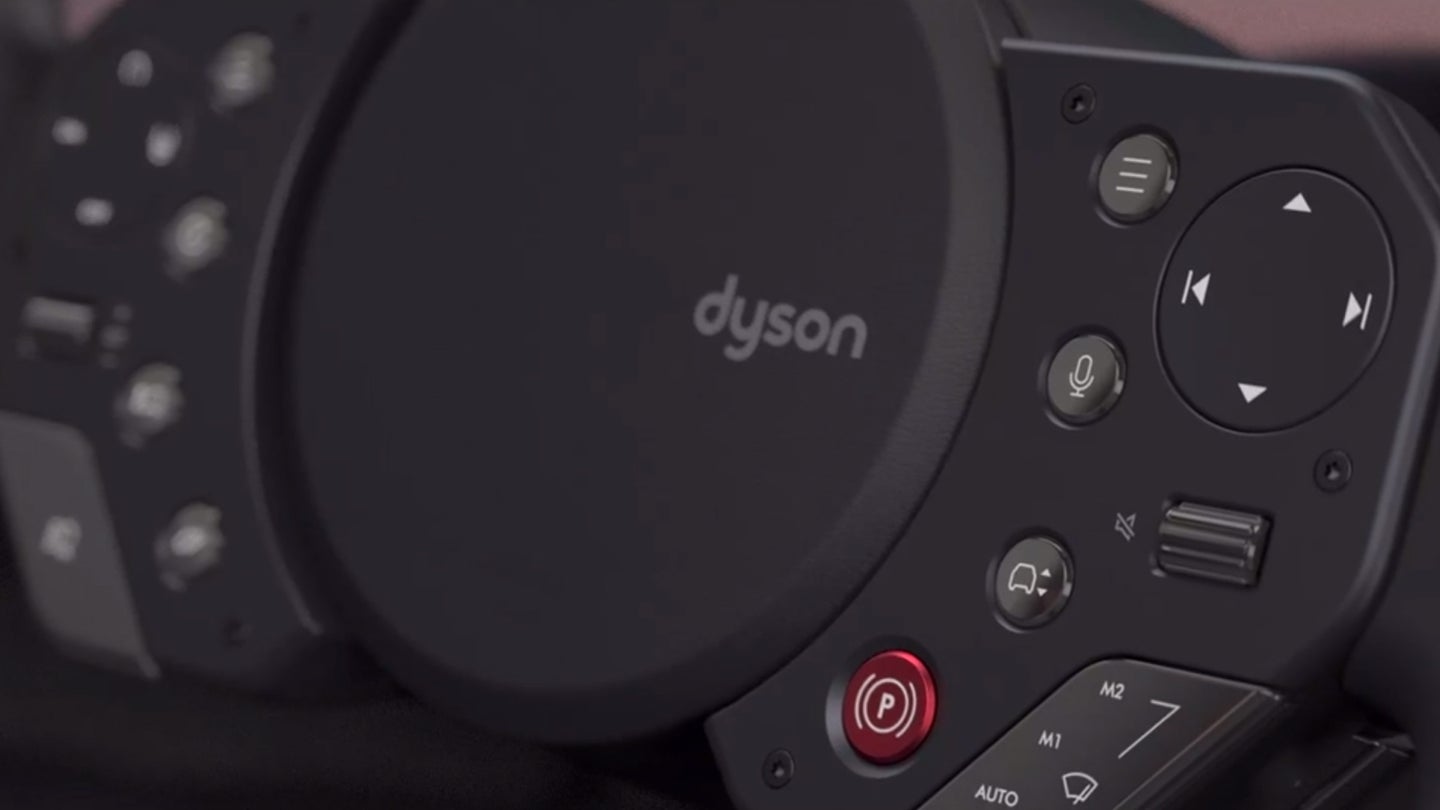 Sir James Dyson is the United Kingdom's richest human. His fortune, built upon the empire created from the world's first bagless vacuum, has gone towards many projects, but one stands out more than the rest: the Dyson electric car. Sadly, after years of hard work and $600 million of Dyson's personal funds, the vehicle project was scrapped before even a single unit hit the road. But that isn't stopping the would-be automaker from showing off its hard work.

Earlier this week, Dyson himself told the story of his creation through eloquently written words, behind-the-scenes photos, and even a video of the first prototype finished by the company. Dyson explained that they took a very isolated approach to the project's development. The entire vehicle was designed in-house, meaning that the automotive engineering talent hired by Dyson essentially had carte blanche to develop something that was not only practical but also embraced the modern fit and finish of Dyson's other products.

It was all about the ergonomics.

Dyson and his team focused heavily on making all elements of the car central to the driver. This allowed the designers to ensure a sleek, minimalist interior—a key selling point for cars like the Tesla Model 3. It also made for quick access to commonly used features in the car without needing to flip through touch screen menus to find toggles for the HVAC, wipers, or headlights.

Instead, they mounted everything in one place where the driver's hands can (usually) be found.

You're probably not alone if you feel the Dyson car looks like a techy SUV from yet another EV startup. But the real treasure is inside.

The beautiful oblong disc looks like something plucked directly out of the 1980s with a modern twist. Its retro-futuristic design makes use of beautiful flat-finished elements while adding bits of grayscale and gloss, then one splash of dark red to offset the monotony. In short: it's rad.

"All the controls are on the steering wheel," said Dyson. "There are no things to fiddle around with and distract you, everything is here."

He wasn't kidding. Everything from menus to directional pads, cruise control, music, headlights, wipers and even a button that appears to place the vehicle into park are easily accessible to the driver's thumbs. There are also a few buttons that we're curious about—is that a toggle to disable regenerative braking on the left? And what's that strange option that looks like it adjusts vehicle height? So many questions.

Sure, it's cluttered, but it's hard to imagine a more interesting steering wheel on most concept cars teased over the past few years.

Unfortunately, the world will never see the Dyson electric car come to fruition. It's gone the way of the dodo, as will many other brands promising bespoke electric cars, and you can thank the cost of current battery technology for that. Dyson's insight into the car building process is interesting to see, especially as a company that chose to abandon the project due to its commercial viability. Still, we're sad to see some of the most interesting interior ergonomics be put on the shelf. Maybe Dyson's car building process can help other automakers design interior components that aren't so beige.

And even though it's not the same, try to remember what could have been every time you switch on your vacuum.

Want to peek inside the future of mobility technology? There’s no better way to peer down the road than by checking out the latest patent filings.