YouTuber Rob Dahm plans to rebuild the car as a quad-rotor Frankenstein.

A few weeks ago, we marveled at the bad luck of a Corvette C8 owner who was hit by an allegedly drunk driver just one day after taking delivery of the car. It was tough to see, but there’s a light at the end of the tunnel for the smashed-up Z51.

Rob Dahm, the guy that built the four-rotor, AWD RX-7, bought the wrecked Corvette and has plans to build it into another four-rotor car. Is a rotary-powered Corvette blasphemous? To some, until they remember that Chevrolet thought about doing this once too. If Dahm—himself no stranger to these engines—can get the project off the ground and running, it will be an amazing achievement.

Dahm’s latest video outlines his quest to find a suitable donor car for the project, and when he pulls into the Corvette owner’s driveway—surprise!—it turns out to be the heartbreakingly wrecked C8 from our previous coverage. The owner says the car has just 200 miles on the clock, but it’s the body damage that's the unfortunately real star of the show. The “DWI VICTIM” marker job remains on the windows, but the car is about to become the victim of a controversial engine swap.

The car was hit so hard that body panels end up misaligned, and all of the airbags deployed in the collision. The owner has several parts strewn across the floor of his garage, including the C8’s radiator and cooling system. Dahm notes that, beyond the car, he’s got quite a bit of work ahead of him just loading all of the parts for transport.

The project to restore the Corvette will be a steep hill to climb, and that's before any rotary engine even enters the picture. The insurance company stripped door panels and parts off of the car’s front end, to the point that there’s not many trim pieces still attached. Dahm says that his plan is to get the car running as-is and bring it back to life before starting the rotary conversion. They’ll piece it all back together using the loose parts, and Dahm says the project will be almost a forensics exercise to get everything back in place.

Assuming he’s able to get it running, the car will be impressive. It’s one of just a few thousand C8s in the wild today, thanks to COVID-19-related production delays, and it may be a while before new ones hit dealer lots. The Sebring Orange Tintcoat ‘Vette packs the 3LT trim, which means it’s top of the line with GT2 seats and special luxury upgrades. Combined with the Z51 package, it’s one of the most expensive C8s on the road (formerly) today.

We look forward to seeing what it can do with serious rotary power behind its driver. 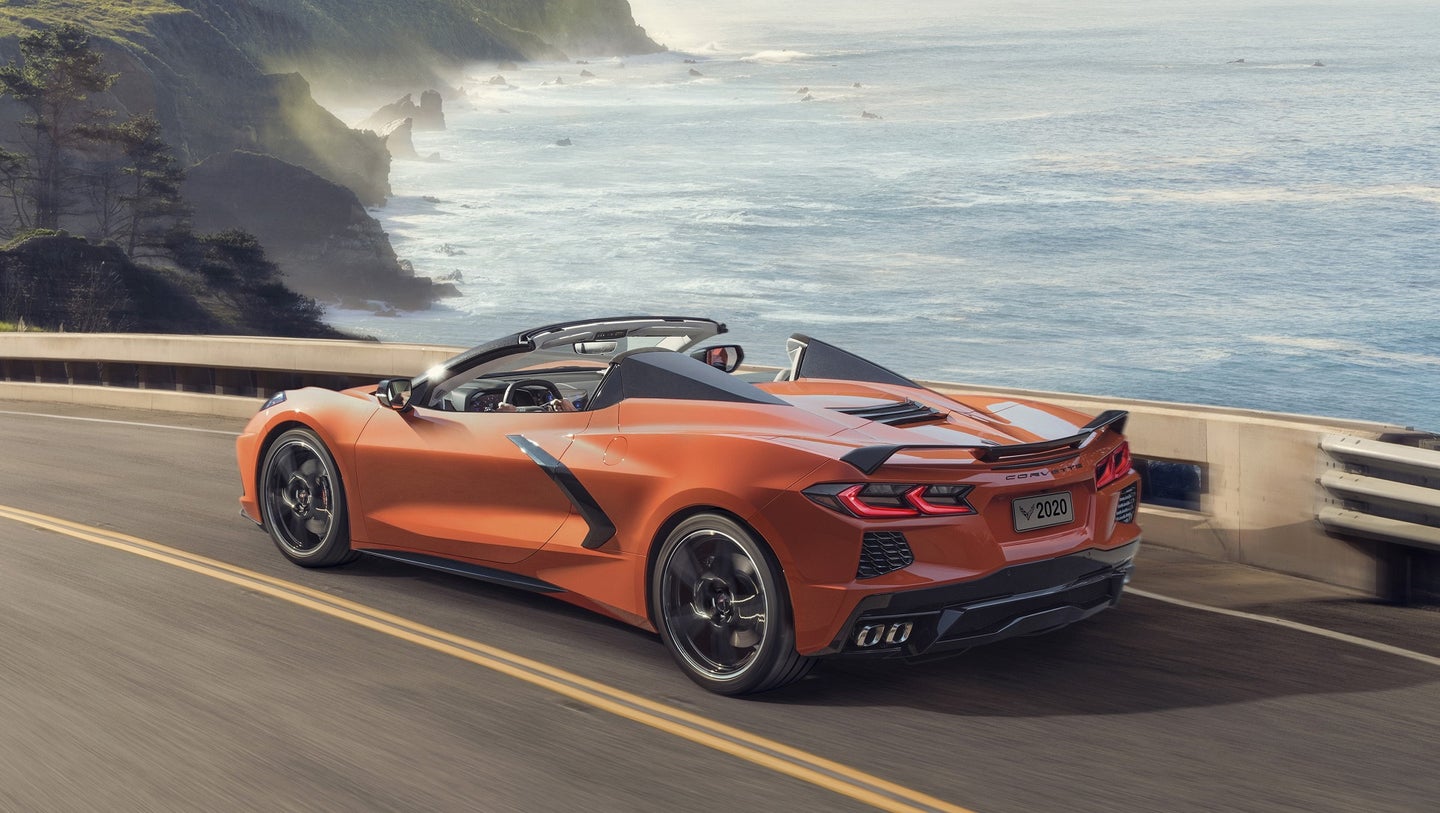 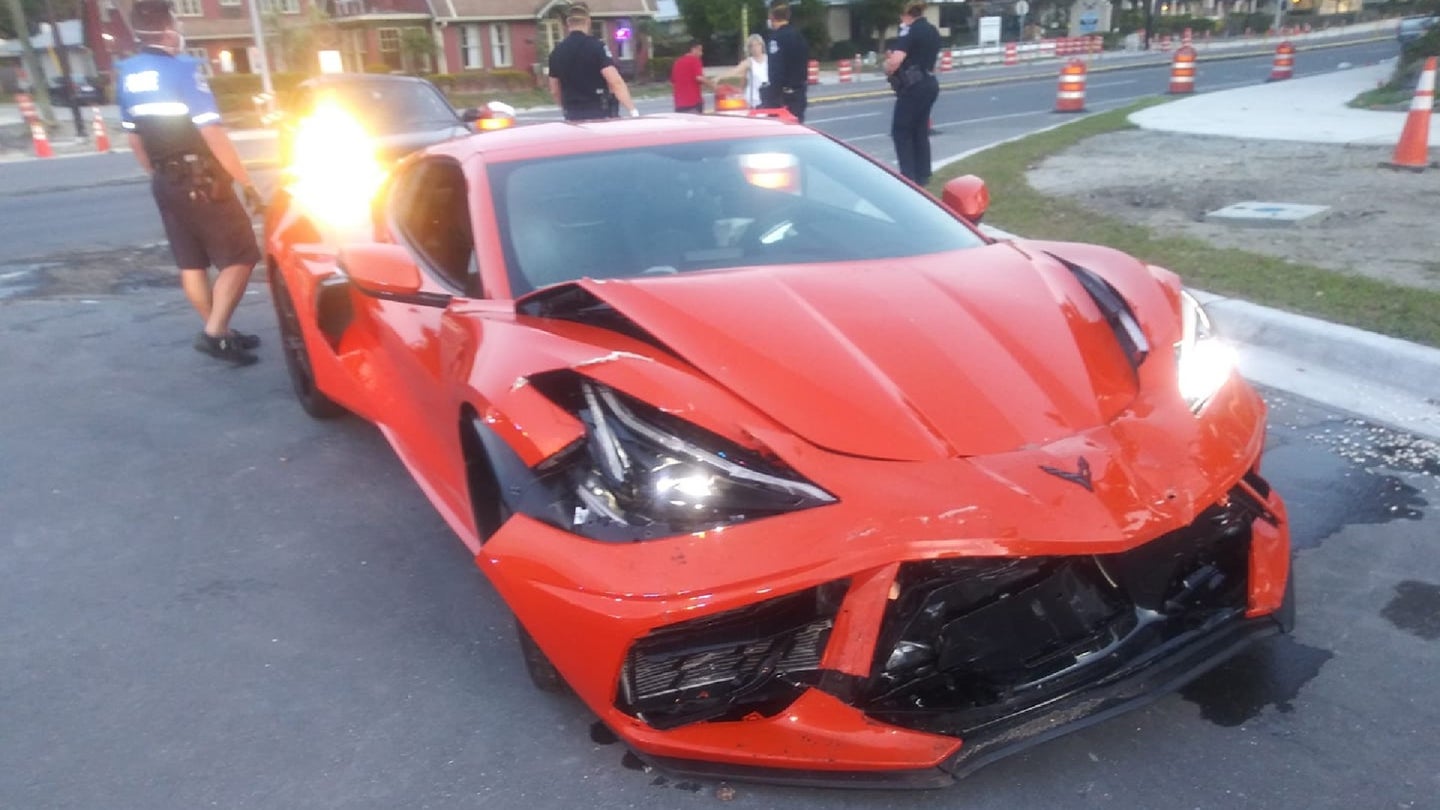 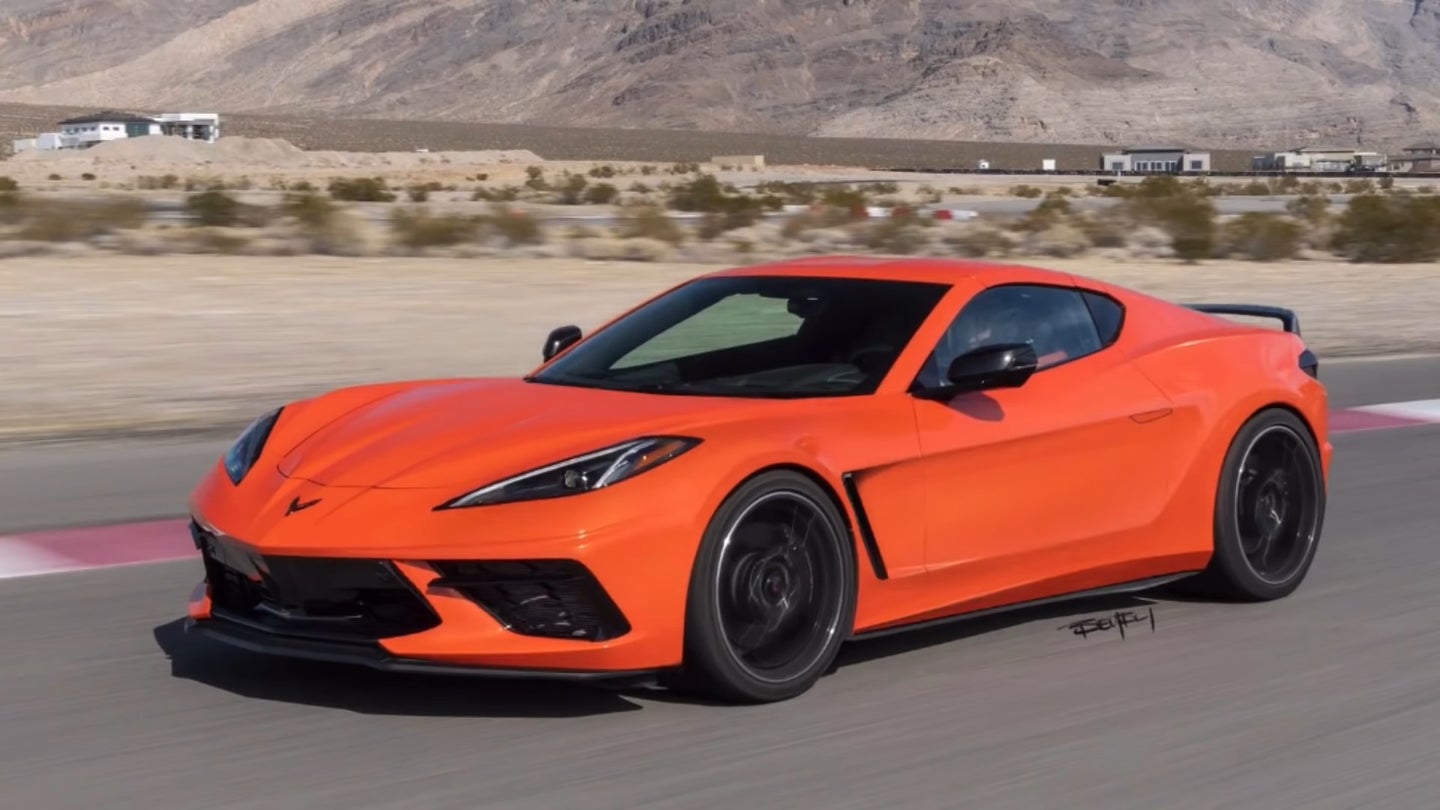 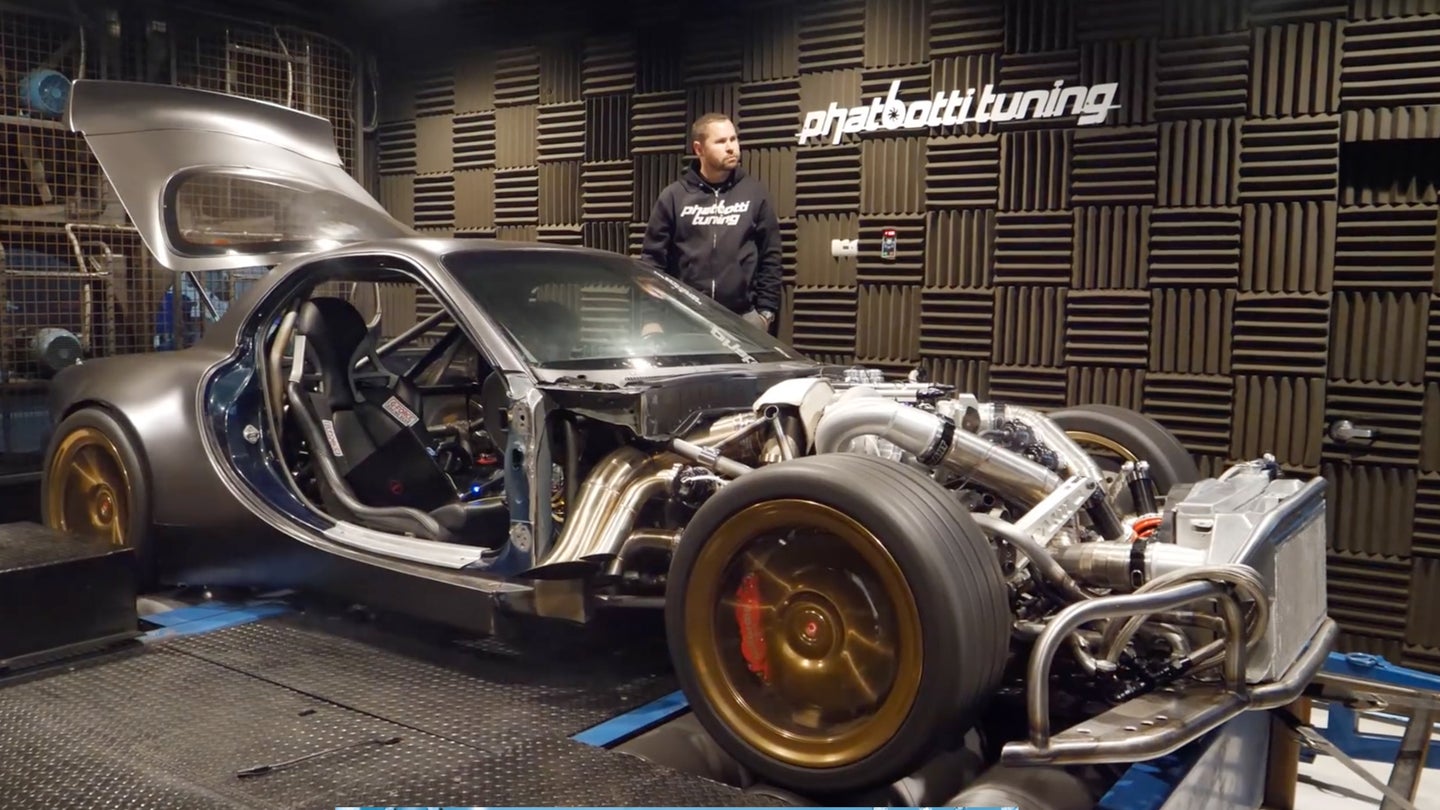 The quad-rotor, all-wheel drive Mazda is almost ready to hit the streets. 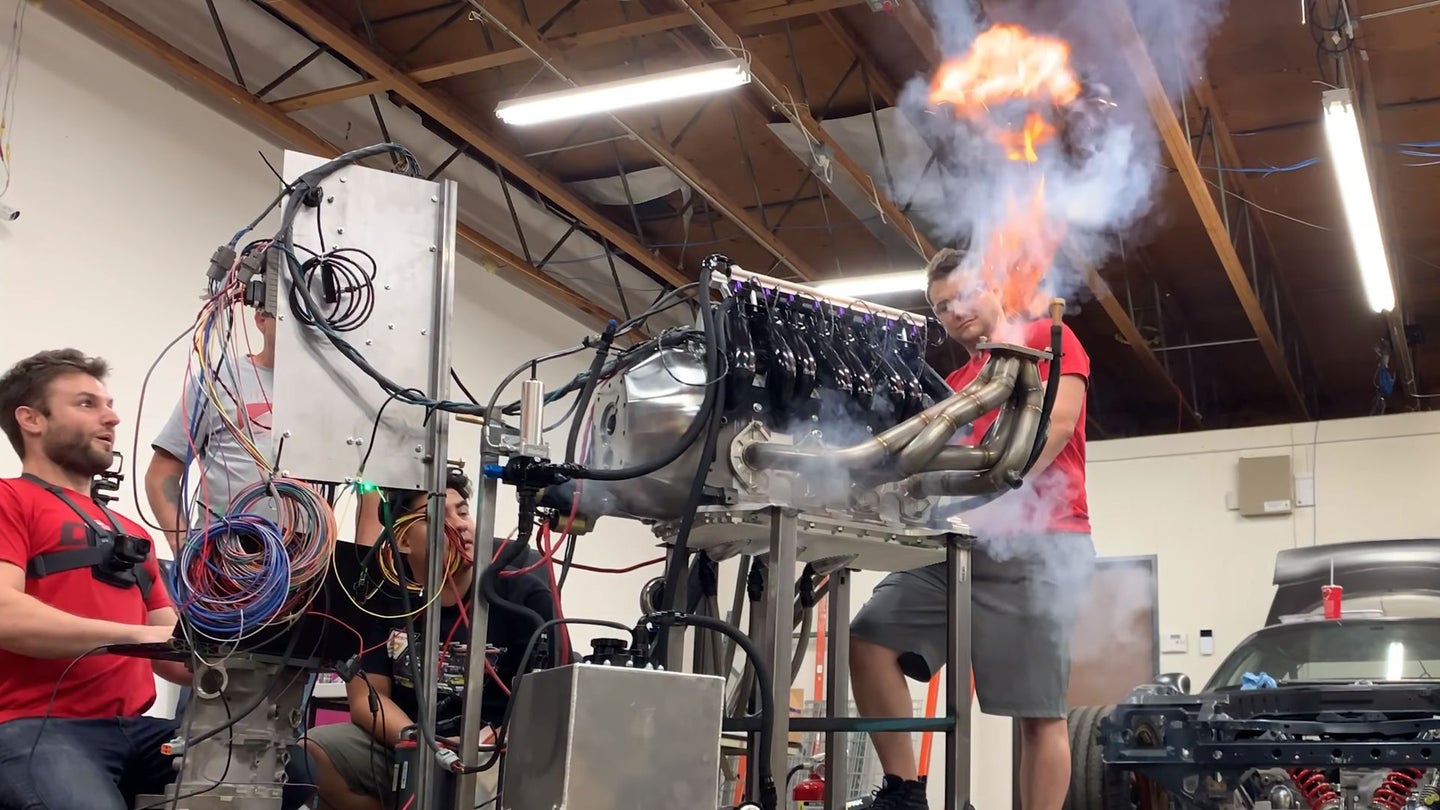 This high-power build is the first of its kind, and the engineering behind it is immense.