This Monster Mystery Machine Van Is One Giant Scooby Snack 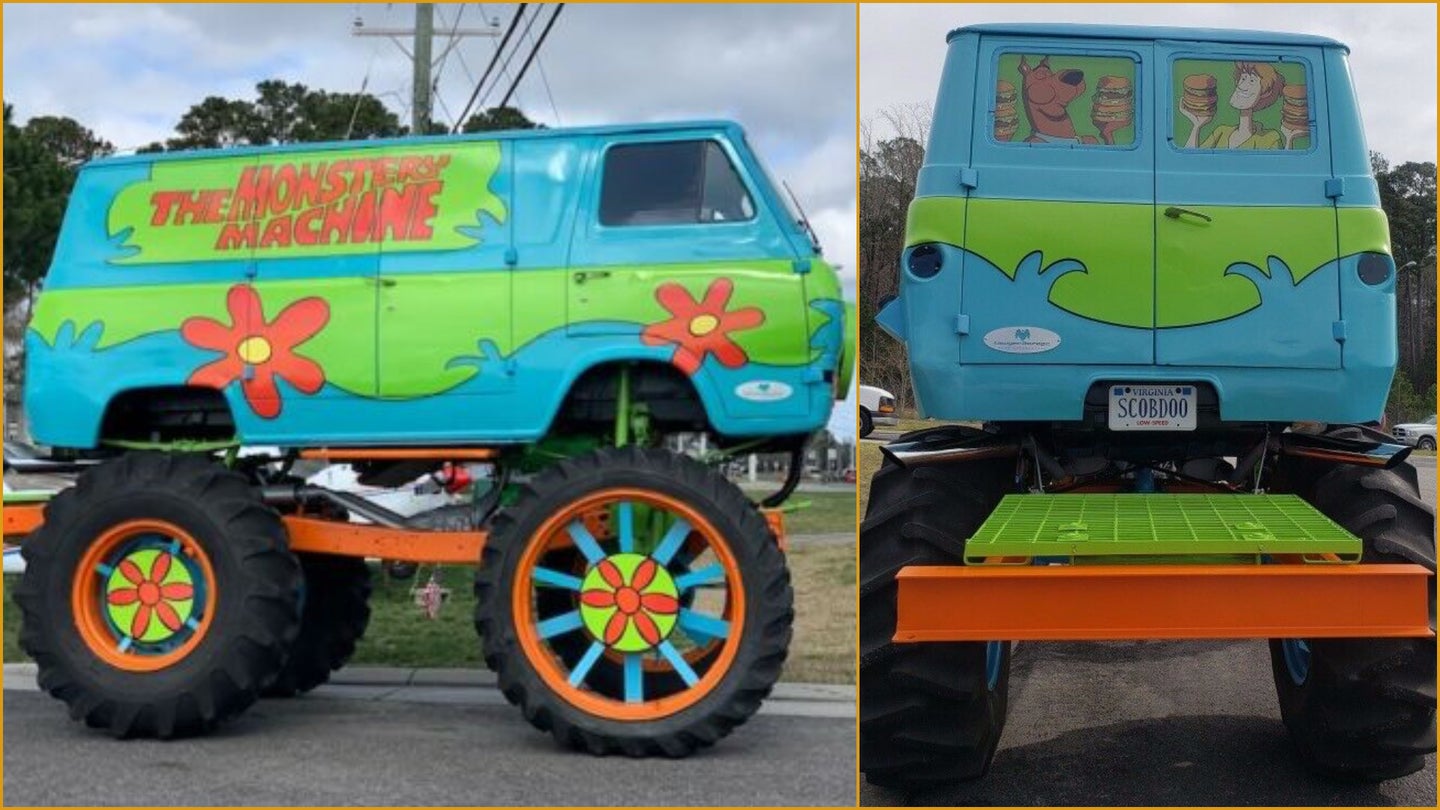 Let's square up with one truth about Scooby-Doo for a moment, shall we? Mistaking a dude in a bedsheet for a ghost on multiple occasions requires that you either be well off your rocker or be on a healthy dose of some questionable substance. Given that the show starred a group of youthful Baby Boomers traveling together in a psychedelic van in the late 1960s, and involved encounters with the seemingly paranormal on a regular basis, it's probably fair to conclude the latter. That being said, imagine how many more mysteries the gang could've solved had they been able to off-road their way into remote areas? Cue in the "Monstery Machine" we recently found on eBay.

This, uh, monstrous thing, is built from the unusual combination of a 1967 Ford Econoline van body and an unspecified Dodge truck chassis. Based on the four-wheel drive and 5.2-liter "318" V8 powering it, that chassis could come from anything from a W-series to a first-generation Ram, though its rear axle is decidedly more pedestrian, coming from a tractor of unspecified make.

All this nonspecific info comes courtesy of this vehicle's seller, whom you'd expect to be more upfront about such a bizarrely modified vehicle. They have no VIN number to offer and seem to lack a title as well, stating that the vehicle will be sold only on a bill of sale. Given the above, and this contraption's description as being for "parade and museum display only," we'd hazard a guess that it's anything but street-legal, and at $15,900, you'd certainly hope it would be.

"It's questionably street-legal, depends on the state," the seller told The Drive. "But we drive it locally, used [sic] more for charity events, parades, and promotional [work]. It's parked in front of our shop, Lawyer Garage, in Virginia—every hour of the day, someone is there to take a picture, selfie, or video."

It's not necessarily something just any old DMV will give you plates for, but with the roads at their emptiest in decades, you might be able to get away with driving this thing on the street, legal or not. We won't condone breaking the law, but really, who's gonna call the cops on a lifted Mystery Machine, especially one with a plate reading SC0BD00?