Maranello bringing its A-game to the electric supercar market. 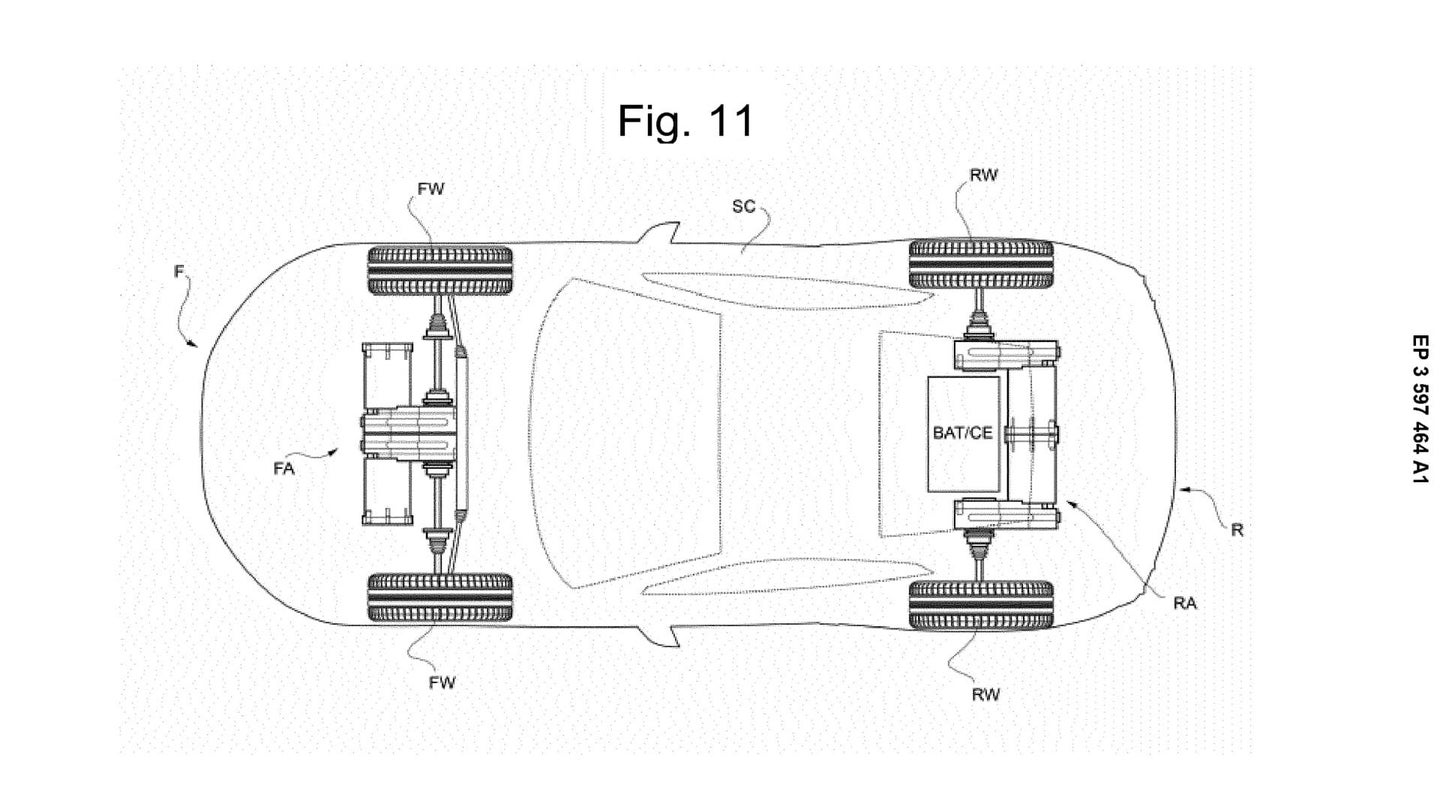 Ferrari's first electric vehicle may be at least two years out, but thanks to newfound patent documents, we might have just learned an important detail about the car's powertrain.

owners' forum stumbled across a document with Ferrari's name on it, along with details of a modular electric powertrain. We've pulled the most important images from the patent filing to share below, and use them to illustrate what we believe Ferrari could be up to.

The patents themselves primarily concern the design and applications of the electric drive unit seen above, which combines an electric motor and a step-down transmission into an L-shaped assembly. Ferrari designed this unit to have an axle exit from either side of the step-down box's output gear, either in the direction of the motor itself or opposite, but not both—as this drive unit appears fit to power only one wheel. If this style of drive unit ends up powering Ferrari's electric models, they'll either offer twin-motor rear-wheel-drive or quad-motor all-wheel-drive.

Depending on packaging requirements, Ferrari can either join a pair of these units by their motors for rear-drive applications (left) or by their step-down boxes (center) for front-axle use, the latter likely only on an all-wheel-drive vehicle. In theory, that could give Ferrari's EV the ability to mimic Rivian's tank turn, but it's hard to imagine the haughty Ferrari having enough of a sense of humor to program a feature like that into its products.

While these patent documents also offer rough depictions of how this style of electric powertrain could be used in its vehicles, don't read into illustrations like the one above too much. They're what's known as "patent abstract," and are only there to make it obvious that these motors are designed for use in cars, not aquarium filtration systems or the like. It might sound like splitting hairs, but lawyers will argue for the silliest things in court if they smell victory.