It’s not just a showpiece, either—it really runs and drives. 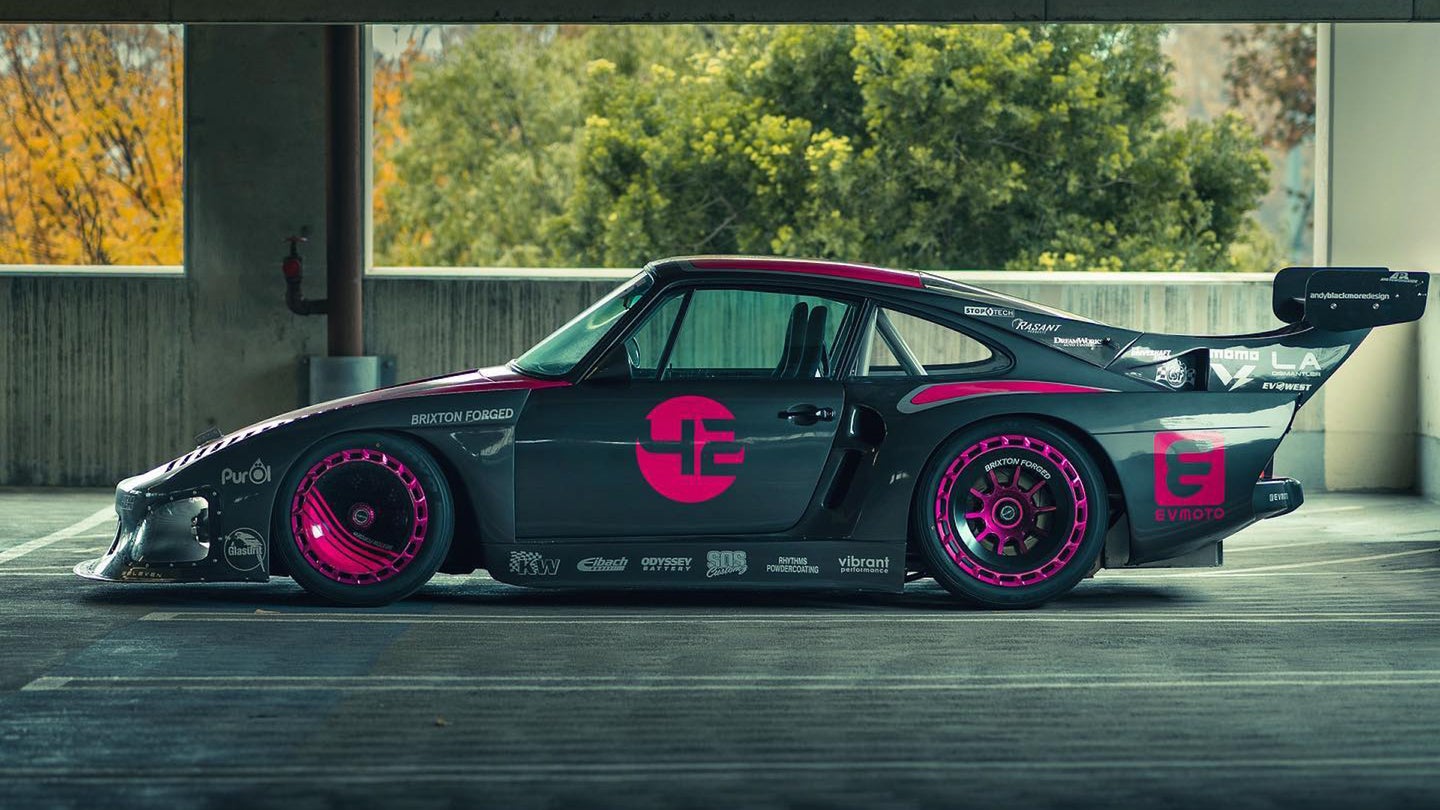 Bisimoto, the shop that's brought us undeniably wacky creations like the 1,000-horsepower Honda Odyssey burnout van, has turned its attention to building a classic Porsche racer with an all-electric powertrain. It's not just any racer, though—in fact, it's modeled after a Le Mans-conquering 935. The tuners used original body molds and race-bred parts to make a sub-2,700-pound, battery-powered monster that puts down 636 horsepower and massive torque.

Bisi’s electrified Porsche, named the 935 K3V, makes a bit less power than the most recent 935 as it's rated at "just" 636 hp instead of 700 like the new cars; however, its silent motors are able to reach peak torque from just 1 rpm. That’s an unparalleled improvement over even the new GT2 RS-based powertrain, which makes most of its torque between 2,500 and 4,500 rpm. That's the power of EVs, baby.

In the video, Bisi says his team took the original Kremer body molds and installed them on a 911 road car chassis. Power delivery comes from a three-phase electric motor with components from EV West, and battery packs front and rear provide 32 kWh of juice. The car looks as good as it goes, thanks to Andy Blackmore Designs' pink and grey livery that really pops on the classic Porsche shape.

Collectively, this looks to be an ultra-clean example of how restomodding can and should be done. It features working taillights and headlights (peep the trick daytime running lights at the front), along with a real horn, showing that even the intangibles have been considered. It also doesn't hurt that it looks like one of the greatest P-cars in history.

For more Bisimoto, check out the shop's IROC Porsche 930 and its centrally seated, bi-turbo Porsche 986 Boxster.