Chain reaction comes amid snowstorm and a blizzard warning for the area. 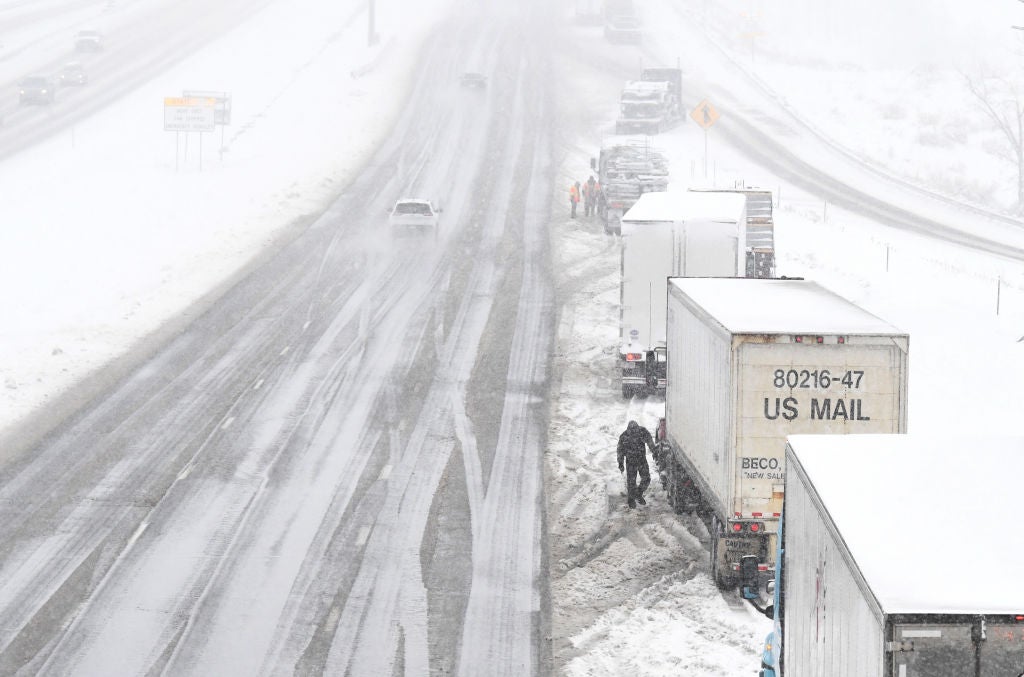 A piece of the New York State Thruway outside Buffalo was closed Tuesday after a massive pileup that killed on person and injured another.

Poor visibility and a snowstorm were blamed as state police reported a multi-vehicle crash involving between 15 and as many as 25 cars, according to The Buffalo News.

Motorists were reported to be trapped in their vehicles and about 75 vehicles were piled up between two exits.

One person traveling in the opposite direction posted a video on Twitter showing vehicles backed up for about three-quarters of a mile in the Thruway's eastbound lanes.

A blizzard warning is in effect for the area until 1 a.m. Wednesday.

"Strong winds will cause significant blowing and drifting snow, frequently reducing visibilities to zero. Travel is strongly discouraged," the National Weather Service said in an advisory.

At least three flights to Buffalo were reportedly diverted elsewhere.