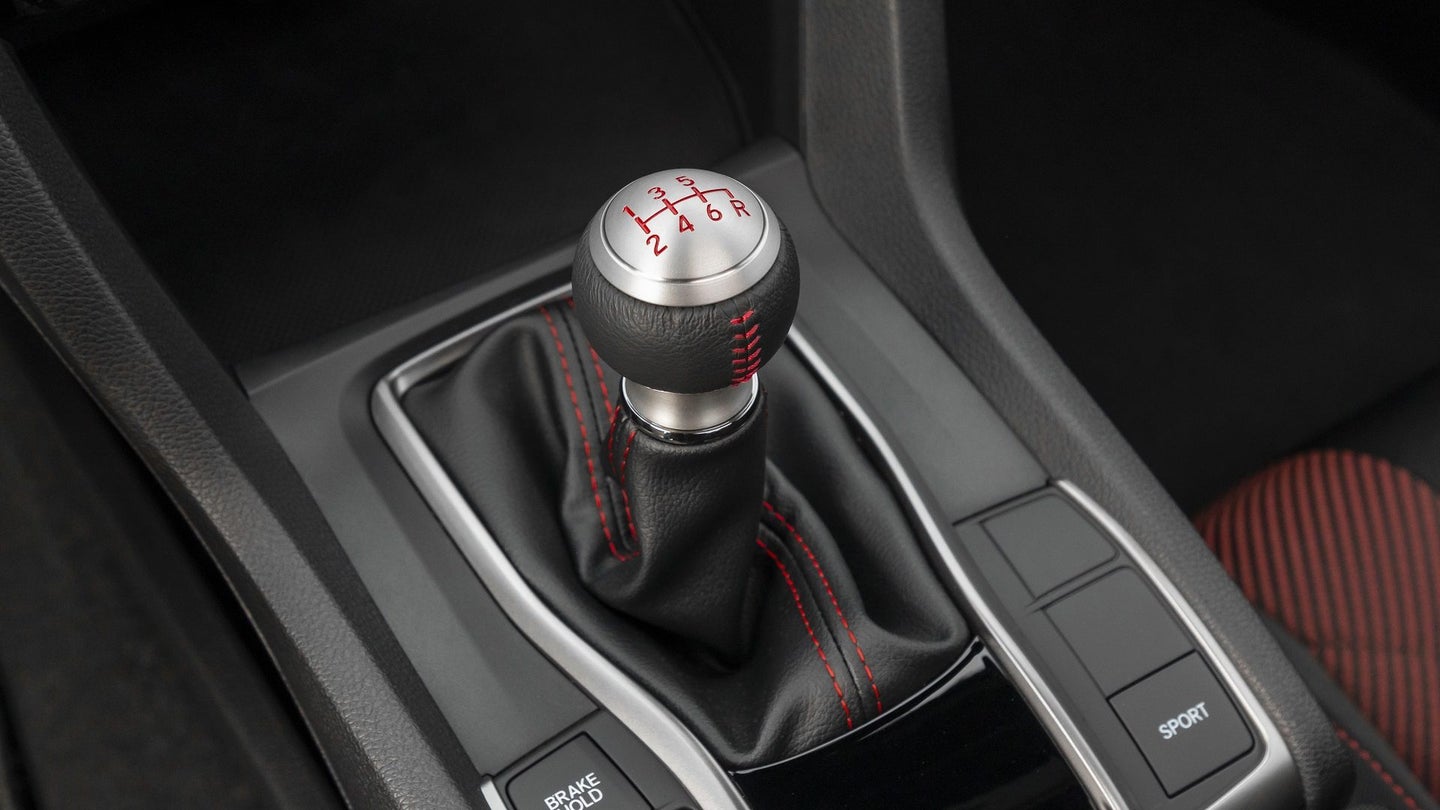 Two Toronto teens are likely wishing they spent a bit more time brushing up on how a clutch works after failing to steal a car because they couldn't figure out how to operate its manual transmission.

According to Toronto's police, it all went down when a 22-year-old man parked his car at a secure lot at the city's York University late last week. Upon exiting the vehicle, he was apparently followed by the two young suspects who seemed to be waiting for him. "As the victim neared one of the university buildings, he was ambushed from behind and put into a headlock," reads the police report. "A handgun was pressed into his stomach and a demand was made for property."

The man allegedly surrendered his phone, cash, other belongings, and car keys before the armed robbers went to steal his car. To their misfortune, they were met with three pedals, a weird lever in the middle, and Prindle mysteriously nowhere to be found.

Realizing they had no idea how to drive the car away, the youths resorted to ransacking the vehicle of items and fleeing on foot. Eventually, the two teenaged boys, aged 17 and 15, were arrested and both face a bevy of charges including forcible confinement, robbery with a firearm, and unauthorized possession of a firearm.