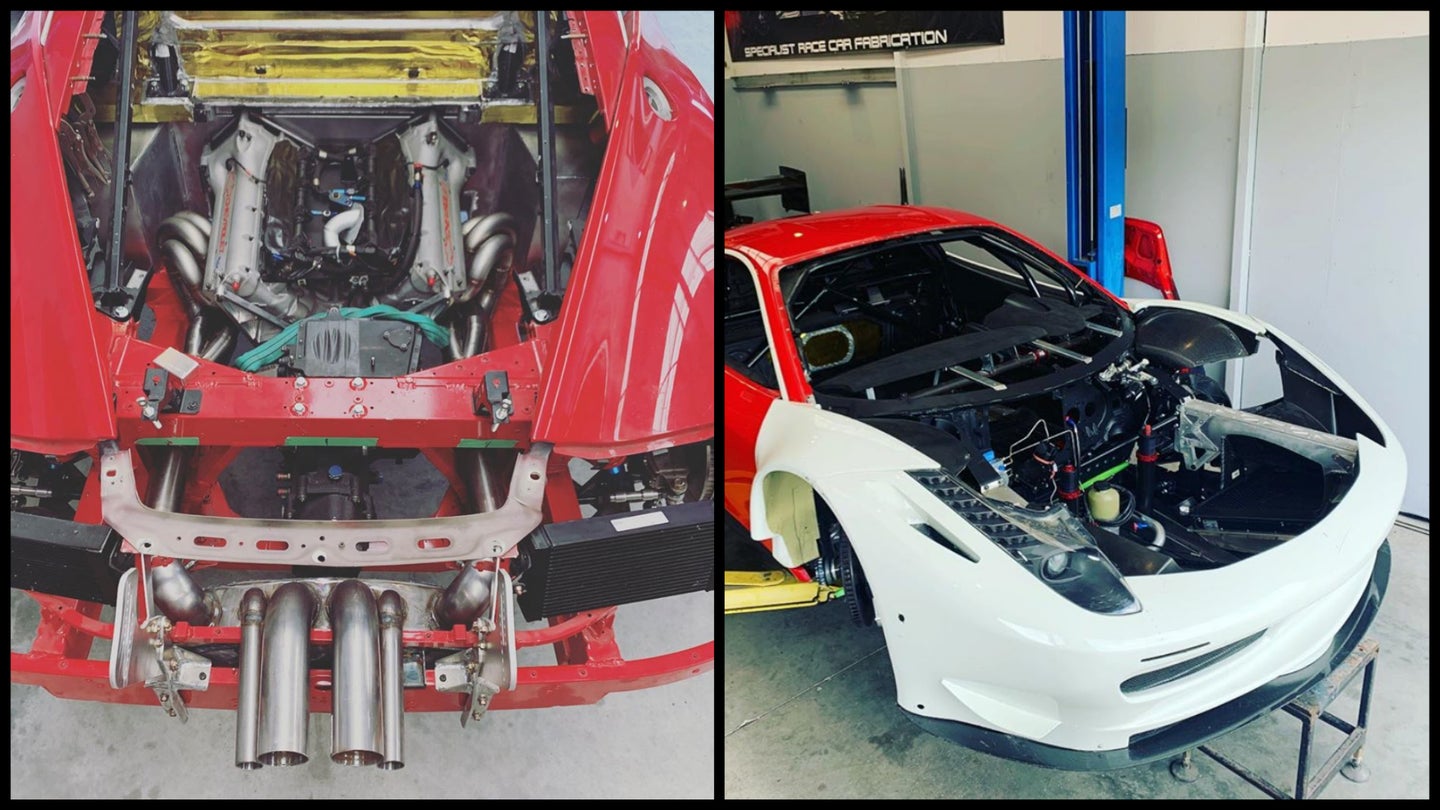 The revered 458 Italia sent out naturally aspirated V8 Ferraris with a masterful octet, with its 4.5-liter engine producing more horsepower per liter than any other non-boosted road car built before. To suggest you can improve on this formula is preposterous, and therefore, a job for the car-mod-crazy country that is New Zealand, where shop Mitchell Race Xtreme is stuffing an IndyCar V8 into a retired 458 race car.

The firm launched this project that it calls the 458X earlier this year, with the first photo of the car—a former 458 GT3 chassis—appearing on the shop's Instagram account in late May. Rather than use the original's 542-horsepower, 9,000-rpm racing V8, MRX is altering the car to use a lighter, yet more powerful V8 built for IndyCar in the early 2000s. The 3.5-liter engine produces 158 more horsepower than the car's old lump, according to a specialist site, and it was developed by Ilmor before being branded as a Chevrolet back in the day.

While the IndyCar V8's torque output of 380 pound-feet falls slightly short of the car's former 405 pound-feet, its rev range is 1,000 rpm taller. This will let the 458X's driver hang on to the lower gears of its six-speed Hewland sequential transmission for that much longer.

As with most engine swaps, V8 or otherwise, this unit required a new exhaust manifold, piping, and engine mounts to make it fit in the 458 GT3's engine bay. It also has a gold-leafed fuel tank and a custom, gooseneck-mounted composite rear wing more than six feet wide.

Though the engine appears secure in the 458X's bay, much needs to be done before this car can tear up racetracks or hill climbs to its owner's content. All its wiring needs doing, as does its engine tuning, neither of which are easy jobs, so it's likely this car won't be seen on-track until 2020 at the soonest. Even so, it'll be one hell of a way for its commissioner to start the new decade.