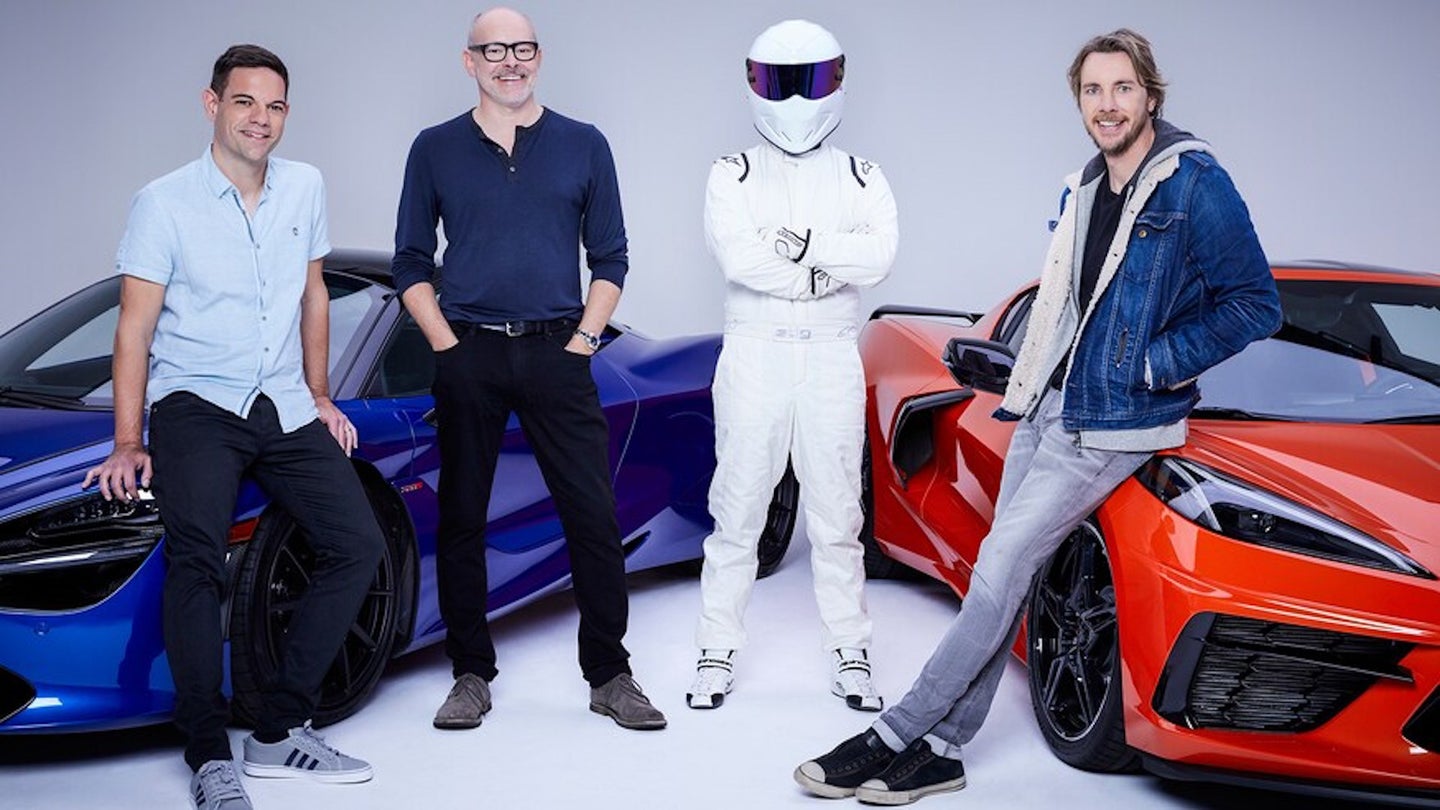 America's getting its own version of the Top Gear TV series once again, and this time, it's bringing together a trio of unlikely personalities: actor Rob Corddry, motoring journalist Jethro Bovingdon, and celebrity gearhead Dax Shepard. These three will be at the helm following two flopped attempts to revive the show, and they'll make their home exclusively on the Motor Trend app.

Prior iterations of the U.S. show never took off like their British counterpart, due in part to the fact that they felt overly scripted and stiff. Corddry stepped up to try and dispel those concerns out of the gate, saying, “If we’re ever given a script, I promise the viewers that I’m going to light it on fire and throw it away."

“I really think that the strength of this show is going to be an honest interplay between the three of us," he added.

Bovingdon already has quite a resume in the world of automotive media and has hosted various shows put on by Automobile, Evo, Motor Trend, and more. He and Shepard are both comfortable on a track, so there should be plenty of opportunities for trash-talking competitions and challenges.

Corddry says his role is less about the nuts and bolts and more about fanning the competitive flames between his two colleagues. Corddry and Shepard are comedians by trade, not motoring personalities, but both are noted gearheads. Shepard thinks that’s a requirement for being on the show. “I feel like that’s the one prerequisite the host should have. Cars are my full-time hobby. It’s the only reason I act: to acquire money to buy s—t that you put gas in.”

The show will debut in spring 2020 as it attempts to rekindle the television magic of Clarkson, Hammond, and May who have since packed up and created The Grand Tour on Amazon. Here's to hoping that the third time is the charm for Top Gear America.

A total of 22 stars set lap times in this Vauxhall Astra during its stint at Top Gear, including Will Smith and Hugh Jackman.