Someone Is Selling This Incredibly Detailed ‘Mater’ Tow Truck Replica for $50,000

Even at that price, the seller says they’ll never get all the money back that they’ve spent to make it such a spot-on tribute. 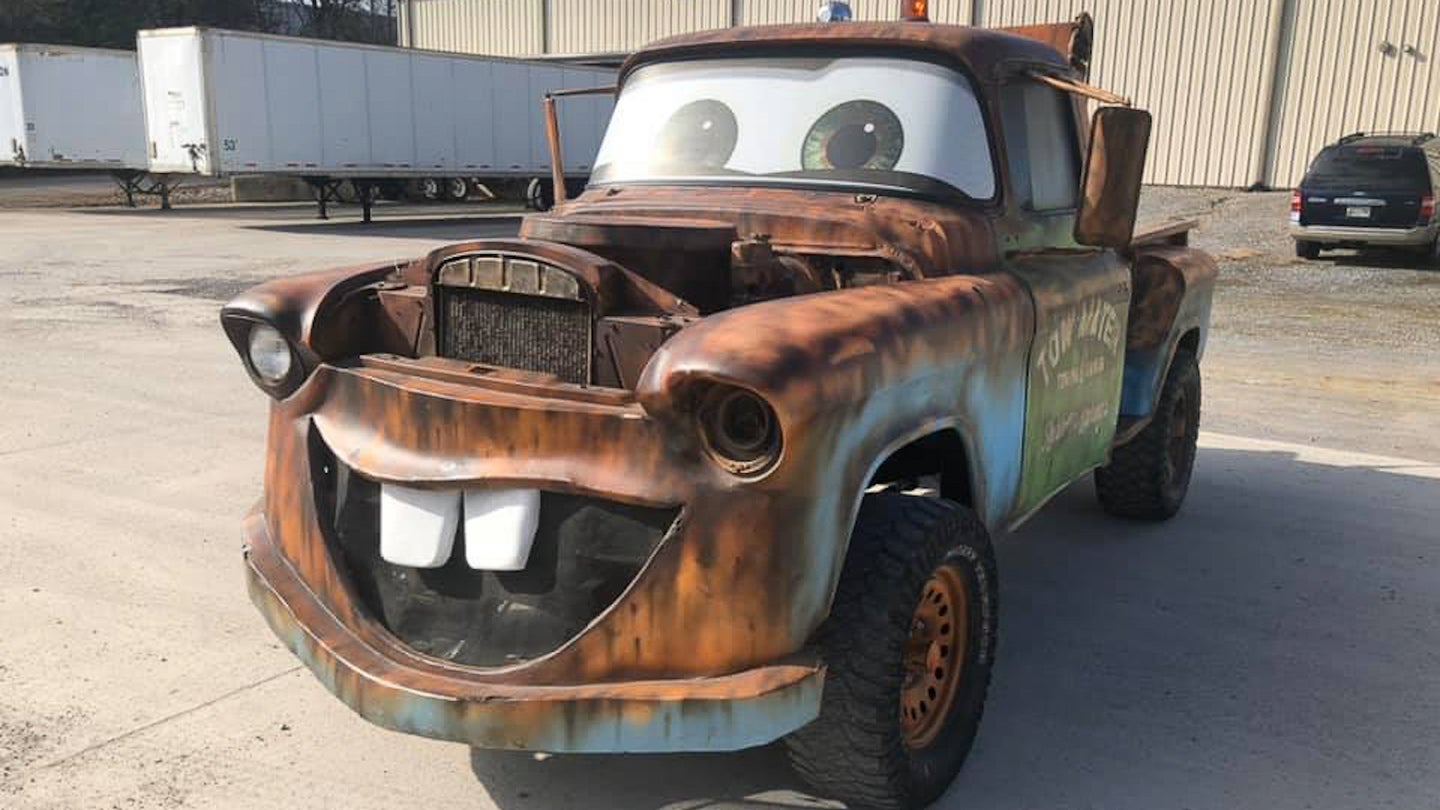 Do you love the movie Cars? How about Larry the Cable Guy? If the answer to both of those questions is “yes” and you’ve got $50,000 to burn, check out this replica of Tow Mater (played by Larry himself) for sale on Facebook Marketplace.

Though the animated truck was based on an International Harvester, the one we see for sale here is actually a 1955 GMC tow truck. The seller says that the truck runs and drives, and that its primary purpose in life is making appearances in local parades. The engine was rebuilt last year and a DVD player with speakers was added so that Mater’s voice can be played while the lovable creation rolls down the street.

An artist was commissioned to paint the truck and a custom windshield film was made for the character’s eyes. We’re guessing that Mater isn’t exactly road legal with the film in place, but then again, it’s probably not the best commuter vehicle anyway. The seller is at least realistic, noting that he’s put more time and money into the truck than he’ll get back by selling. Of course, at $50,000, the market for a custom Disney movie replica truck is probably quite limited.

As unique as this build may be, it’s certainly not the only Mater replica on the road. In 2018, a shop in Jacksonville, North Carolina converted a 1957 Chevy tow truck into the movie character. It’s one of three tributes that the shop has pieced together to honor Cars characters, joining Lightning McQueen and Cruz from the series’ third installment.