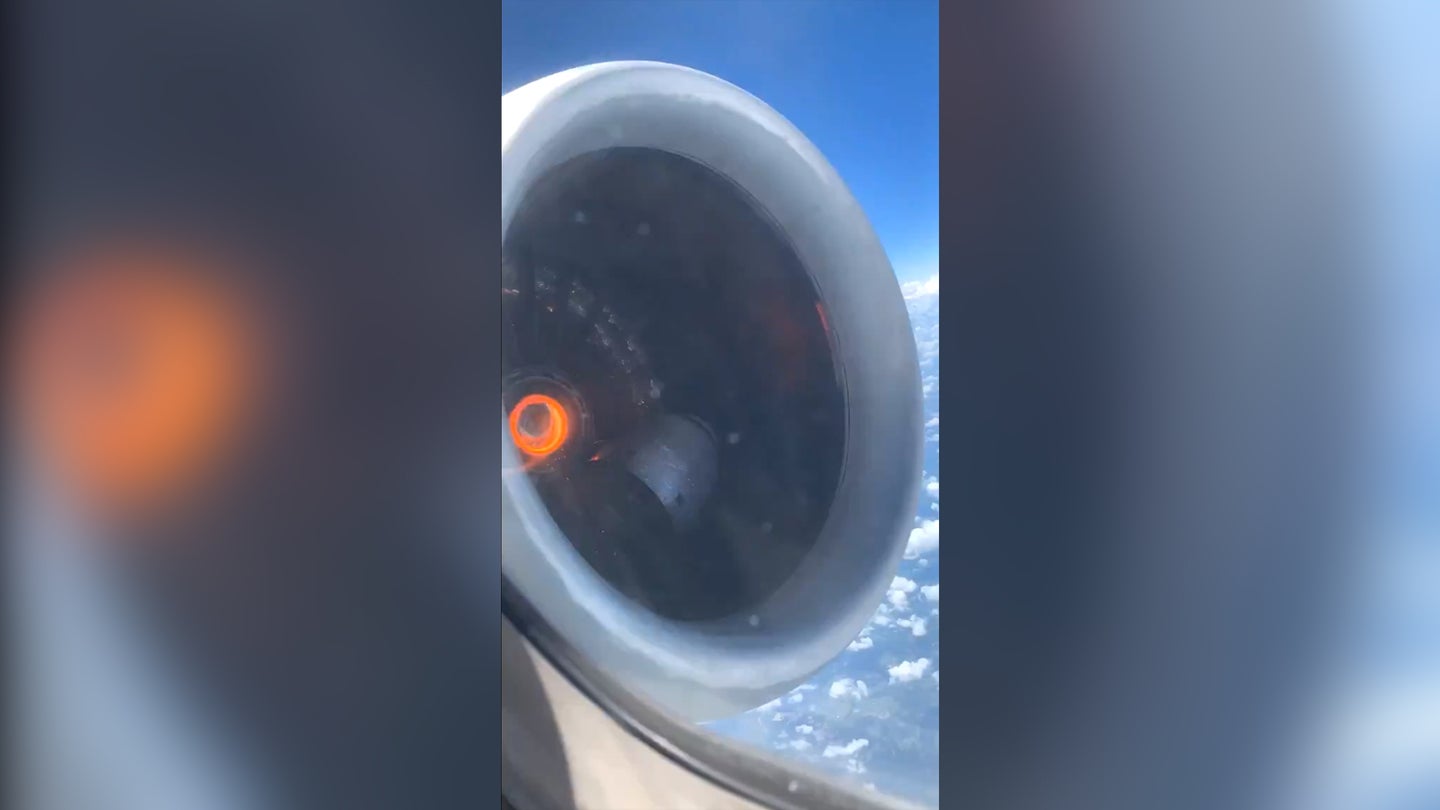 The MD-88’s flight crew reported "an indication of a possible issue with one of the aircraft’s engines,” a Delta spokesperson said in a statement to ABC News.

When fliers noticed the issue, some immediately took to recording the problem and voicing their worry on social media. One passenger, who was sitting next to the engine that failed, took a video which showed the port engine of the MD-88 was in dire trouble. In the video, the engine’s center nosecone can be seen bouncing around inside the intake end as it was being juggled by the turbine’s fan blades.

"The captain came on the loudspeaker and said that we had lost an engine and that they were making preparations to have an emergency landing," Jose Bahamonde-Gonzalez told WMAR-TV, a Baltimore-area ABC News affiliate.

The flight carrying 148 passengers landed safely at Raleigh-Durham and no injuries were reported.

"After we heard the boom, we just saw all this smoke come up into the cabin and that's when we really started freaking out. ... It started slowing down a little bit and it was getting hot. The air cut off," said Avery Porch, another passenger on the flight, to WMAR-TV. "I was about to be the first person to jump off."

“We heard and felt everything...It was extremely terrifying, to be honest,” passenger John Leonard said to ABC11. “Once it went, you had no doubt that it was major trouble and then seconds later smoke started filling the cabin in the back. You could smell it. It smelled like burning metal and the cabin started to vibrate.”

reports, Delta supposedly compensated the disturbed passengers with a $30 food voucher while they waited for another plane.

The MD-88 is most known for its twin-engine placement at the rear tail rather than on the wings when compared to other common commercial jets, similar to the newer Boeing 717-200, which is based off the MD-88 and its father, the DC-9. According to Popular Mechanics, it is by far the oldest plane in operation by any major U.S. carrier. Furthermore, pilots supposedly loathe the moment they have to fly the MD-88 as it is apparently known for its cramped cockpit, loud operation, and old-school controls that make it a handful in the air.

The MD-88 itself is a revised version of the original MD-80, which first took flight in October of 1979 and was most known for its use by both Delta and American Airlines. The MD-88 arrived in January of 1986 and Delta at the time was the first to take up the initial large order of 80 aircraft—they’ve since been in service.

United Airlines Flight 4933 was scheduled to land in Presque Isle, Maine, at 11:30am. It was a little late to the gate.

The Lucky Air flight—yes, really—was grounded for a full inspection.