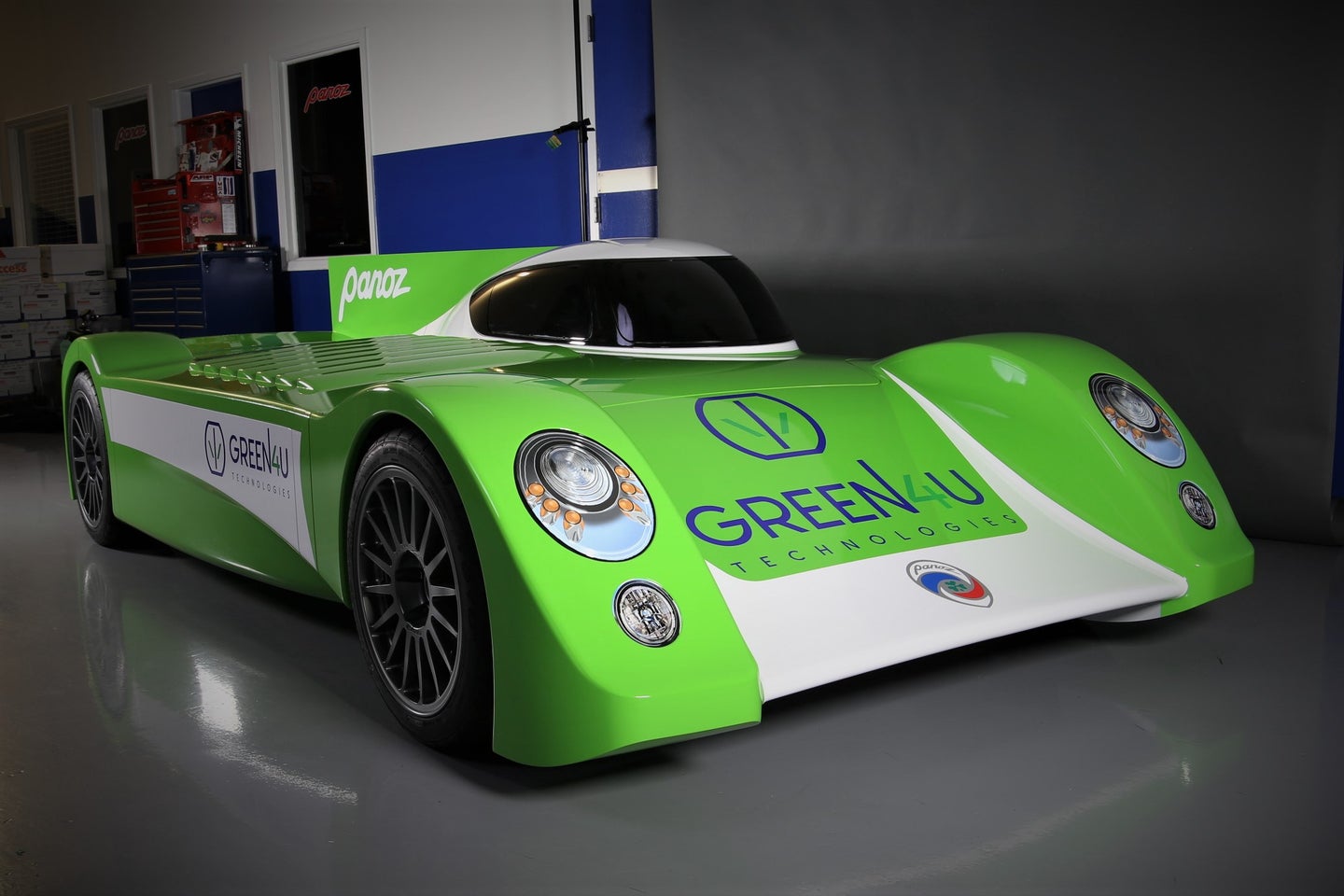 Green4U Technologies has unveiled a full-sized model of a car that could change motorsports.

Company founder Don Panoz, familiar as the patron saint of the DeltaWing and former owner of IMSA, the American Le Mans Series, Road Atlanta, Sebring and a bunch of other stuff, as well as the inventor of the nicotine patch, unveiled the new race car concept Thursday morning during an announcement at the company's display in the 24 Hours of Le Mans Village. Christened the Green4U Panoz Racing GT-EV, it is being developed at the company's design and engineering hub in Braselton, Georgia, which is where Road Atlanta is.

The car is designed to travel perhaps 50-55 minutes on a single battery pack, which will be changed out for a fresh battery at an otherwise-normal pit stop. It is expected to go up to 180 mph. The man in charge of making this happen is Vice President of Engineering and Design Brian Willis, and car designer Peter Stevens.

The most notable difference from the outside is the two-place tandem cockpit on the left, leaving the right side for the battery pack. Panoz insists there will be a street version, with a more conventional rechargeable battery pack instead of a removable one.

Panoz is hoping his Green4U Racing GT-EV will be awarded the “Garage 56” slot at Le Mans, possibly as early as 2018. Normally 55 cars start the 24 Hours, but the ACO sanctioning body has made one more space available for an exhibition-only entry that promotes and demonstrates new technology. Panoz’s DeltaWing won the slot in 2012, and was performing well up to the six-hour mark, when a Toyota essentially ran it over. There is no Garage 56 entry this year, as none of the submissions were deemed worthy, so it seems likely Panoz may get his wish.

Now, all they have to do is build the car – and invent some technology that essentially does not exist at the moment. Underestimate Willis, Stevens and Panoz at your peril – if talent and cubic dollars can make it happen, it just might.