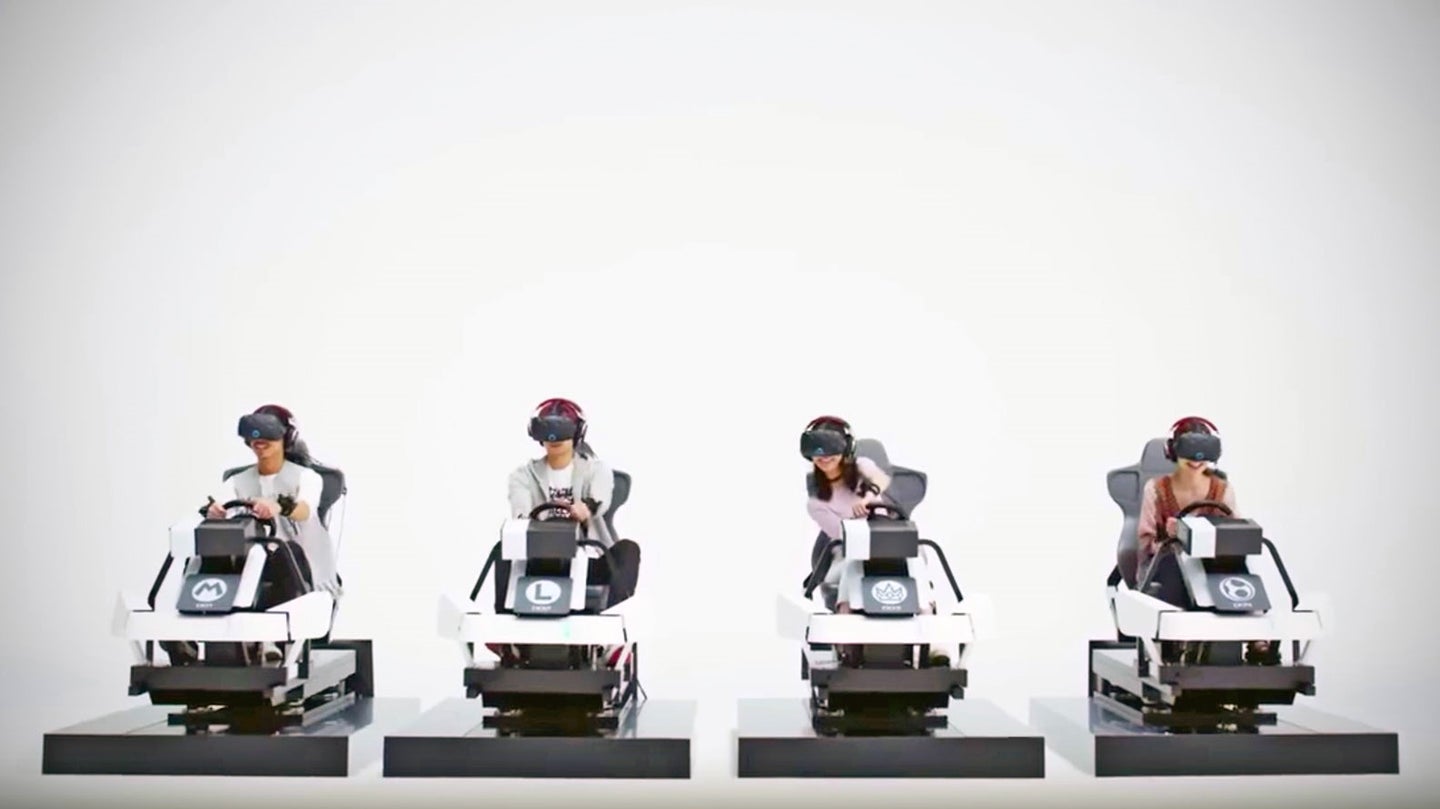 Sitting on a couch and playing Mario Kart with your friends is great—but soon you’ll be able to get a full-on virtual-reality experience with Mario Kart Arcade GP VR. You might not get to buy it, but you’ll be able to play it if you visit the VR Zone in Shinjuku, Japan.

It's unclear whether this is a brand new game or a VR rehash of an existing Mario Kart Arcade GP game developed by Bandai Namco from the 2000's. Either way, this promises to be an all-new and unique Mario Kart experience. You could say this is Nintendo’s first shot at VR despite the publishing seemingly being their only involvement in the arcade game.

The game will run on the HTC Vive headset accompanied by an arcade-style car you sit in with pedals and a steering wheel. There are Vive trackers you wear on your wrists to throw items like bananas and shells at your opponents in the game.

“The globally popular Mario Kart Arcade GP has been reborn at the VR Zone with the kind of thrill-packed action that could only come from a VR activity! Enter the Mario Kart universe you know and love and race to the finish line,” says the VR Zone website. “The course is filled with the well-known Mario Kart traps and tricks. Dodge giant Piranha Plants and Thwomps, leap over huge ravines, and watch out for Koopa as he tries to get in your way.”

If you’re a VR/Nintendo nut, head over to Japan to check this out. While you’re over there, maybe do some real-life Mario Kart racing on the streets. Just watch out for blue shells.

Check out the video below from UploadVR showcasing Mario Kart and a few other VR titles coming to VR Zone.